the wood-clad ‘skyward house’ is embedded into a sloped green hillside and uses light to spatially reach toward the sky. designed by kazuhiko kishimoto of acaa, the visual delicateness of the home belies the sturdy building system that assembles the compact plan of rooms and apertures. standing in the middle of generous grasslands, the private residence is perched high above the nearby road and uses analogous architectonics for rooms characterized by their openness or closed-ness. ‘soto-no-ma’ is an exterior space intended for sitting expressed with flat, low ceilings whichextend horizontally toward nature; ‘naka-no-ma’, the interior rooms, follow the inner pitch line of the roof and create nuanced shadows and compositions of diffused light. although the house can be opened in all four directions, a brilliant sense of material balances richness of the landscape with warm wooden panels and neat white walls. the self-contained structure is remarkable in its use of framed voids to stitch together moments of space. 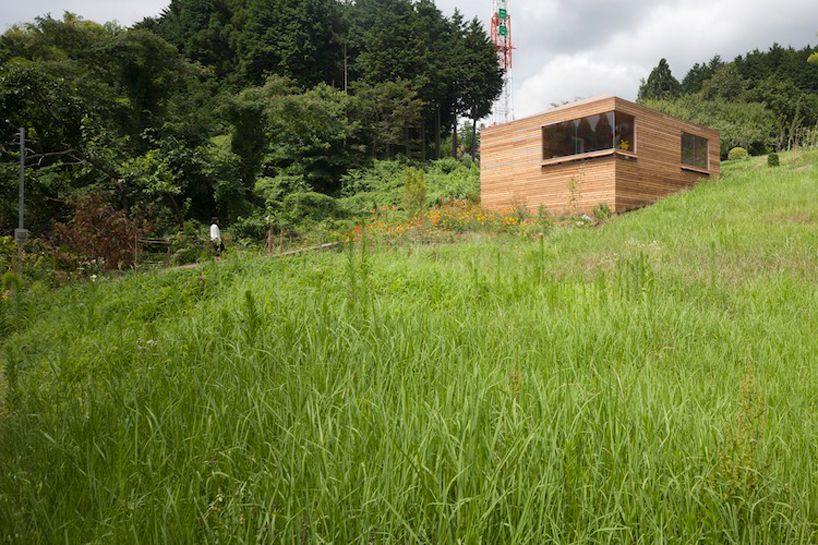 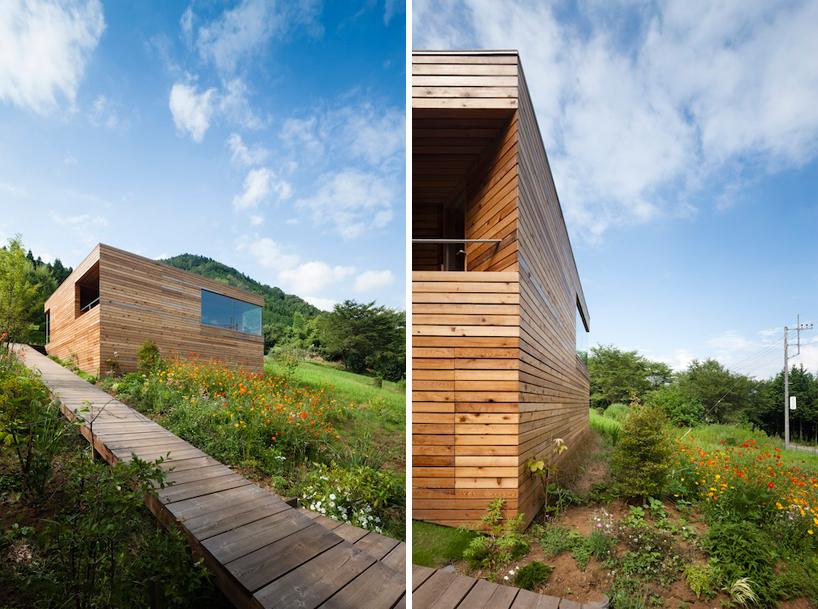 (left): view of the ramp leading to the private home(right): corner detail of the wood cladding image © hiroshi ueda 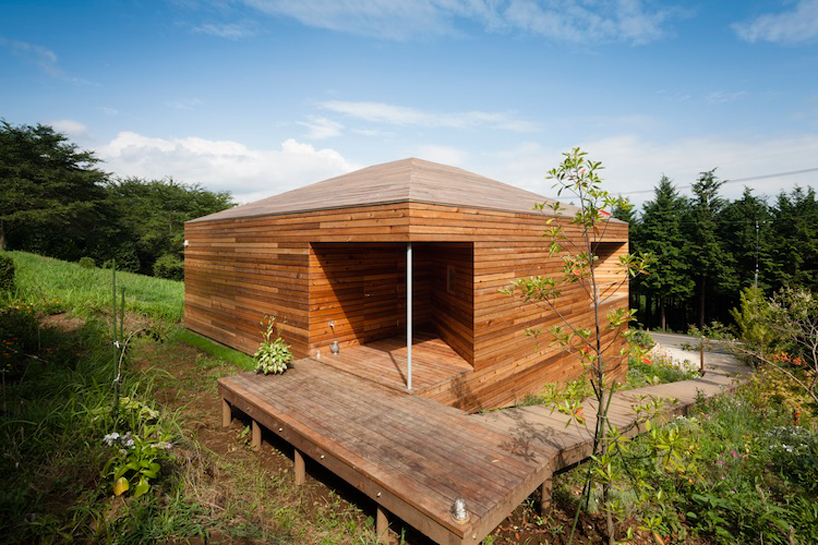 the volume intersects with the circulation image © hiroshi ueda 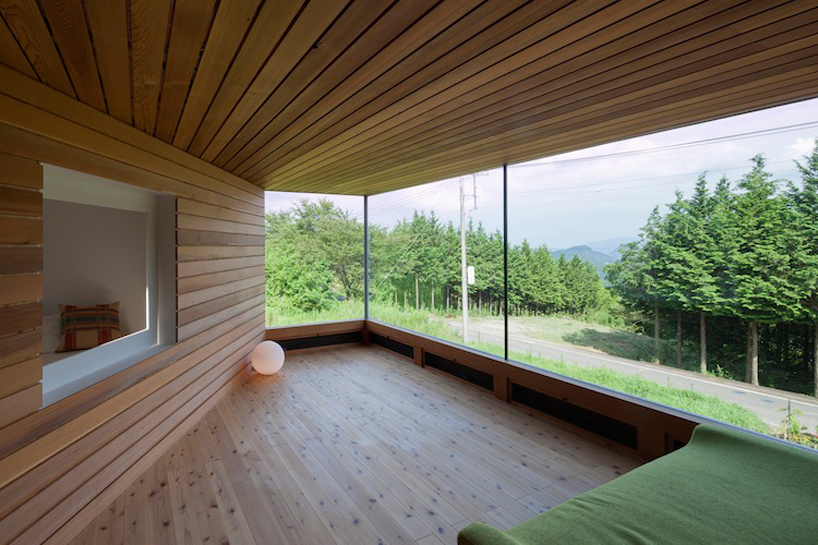 one of the exterior sitting rooms image © hiroshi ueda 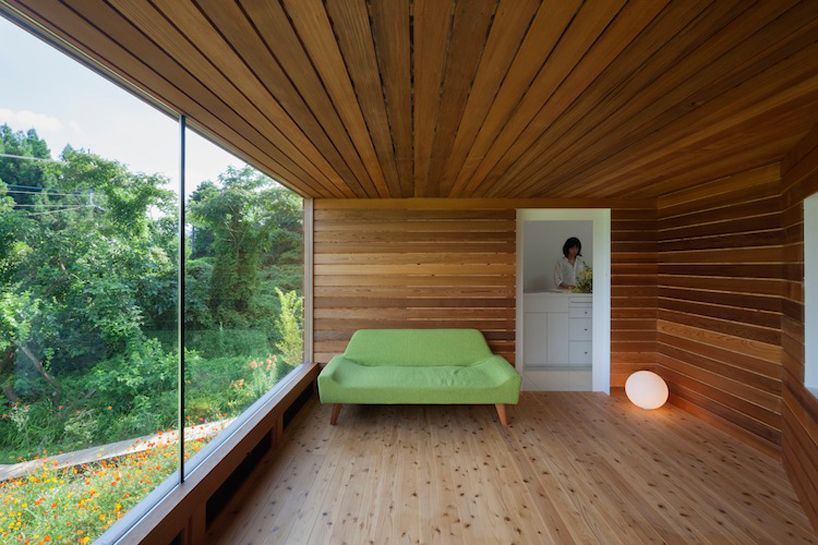 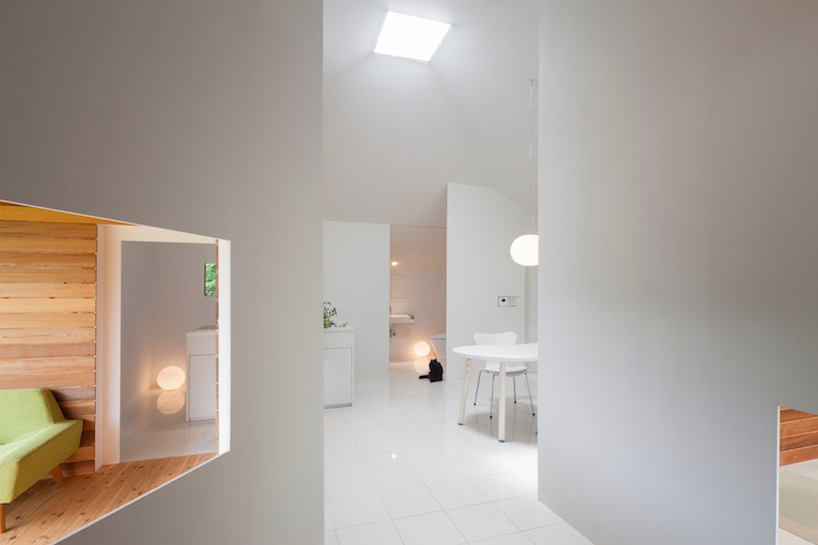 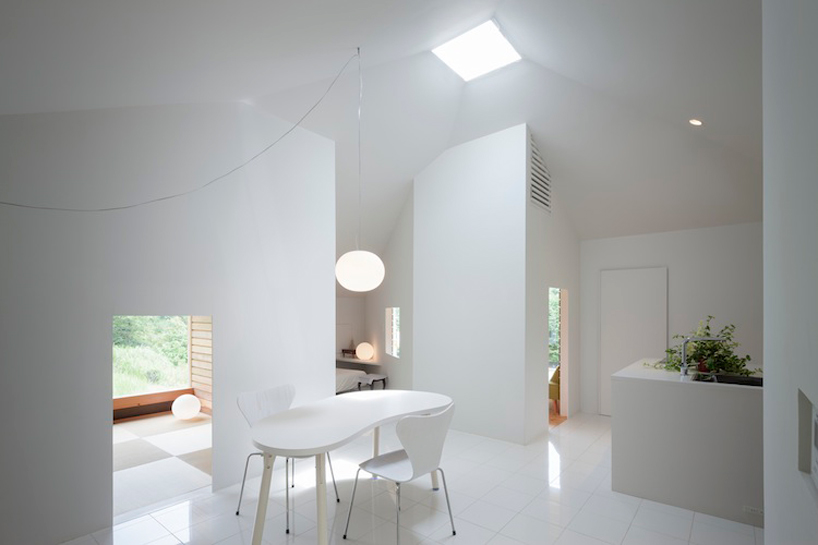 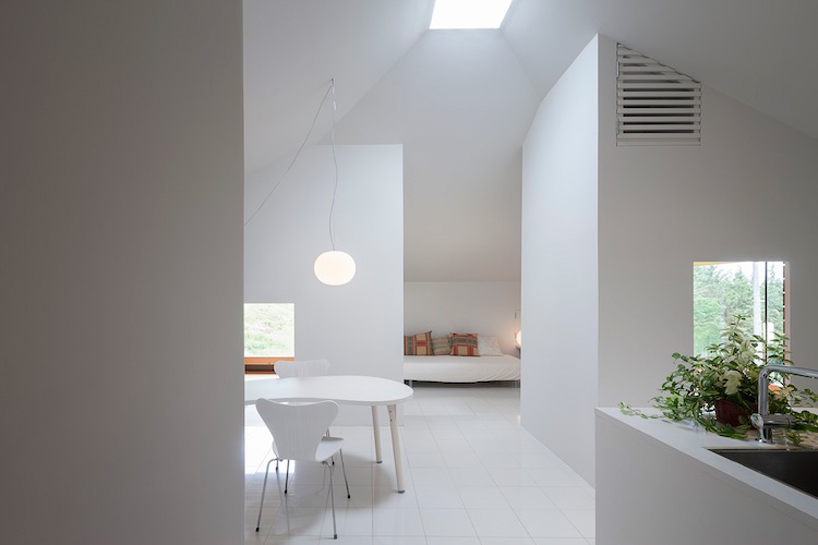 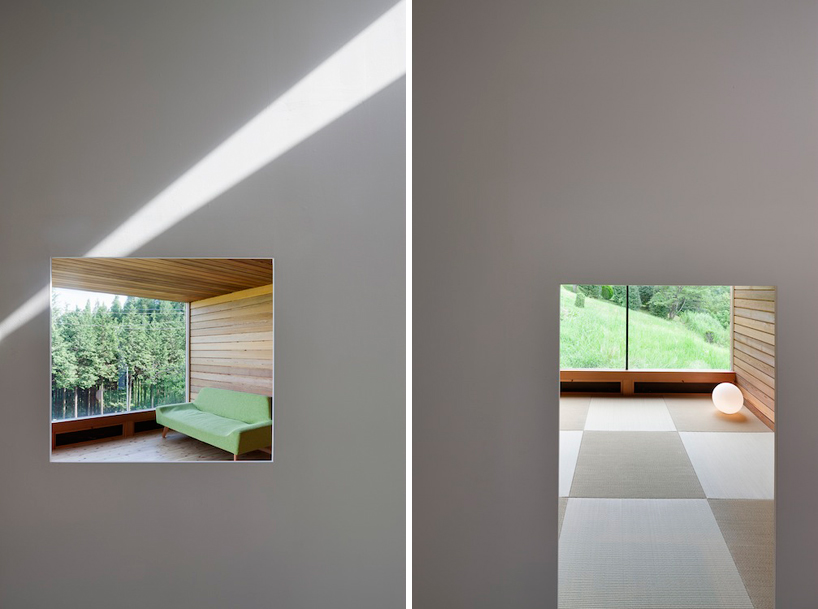 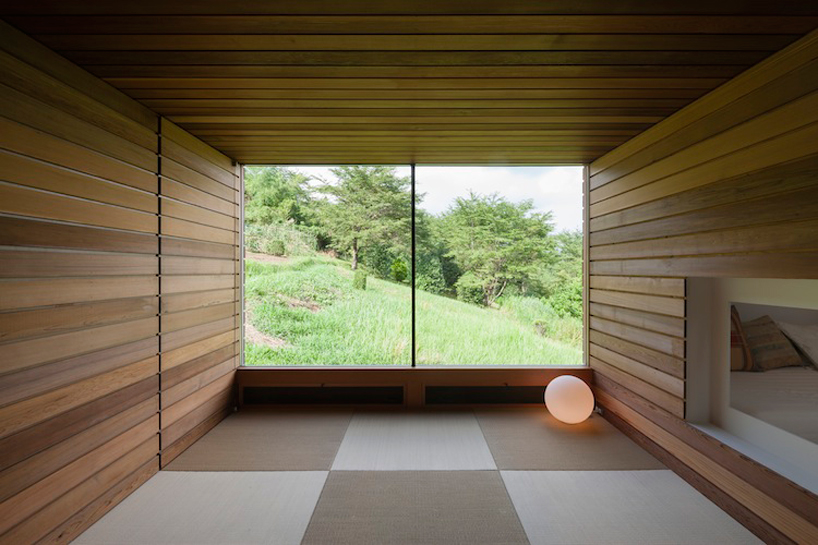 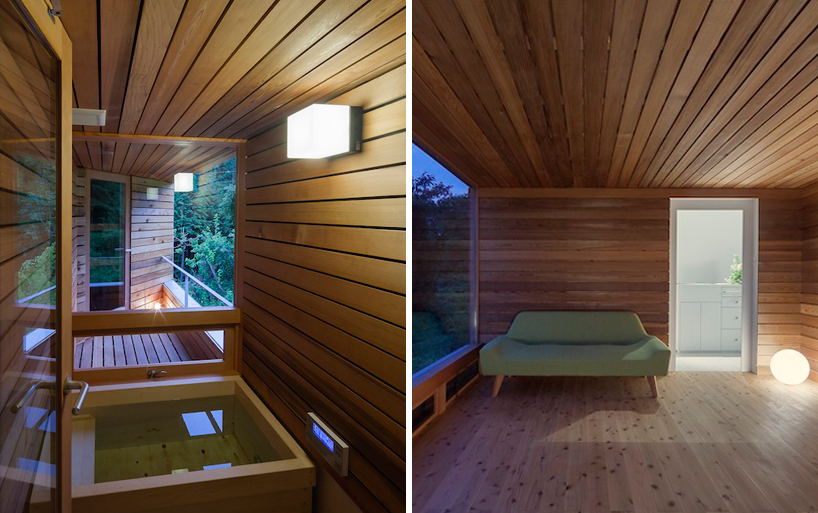 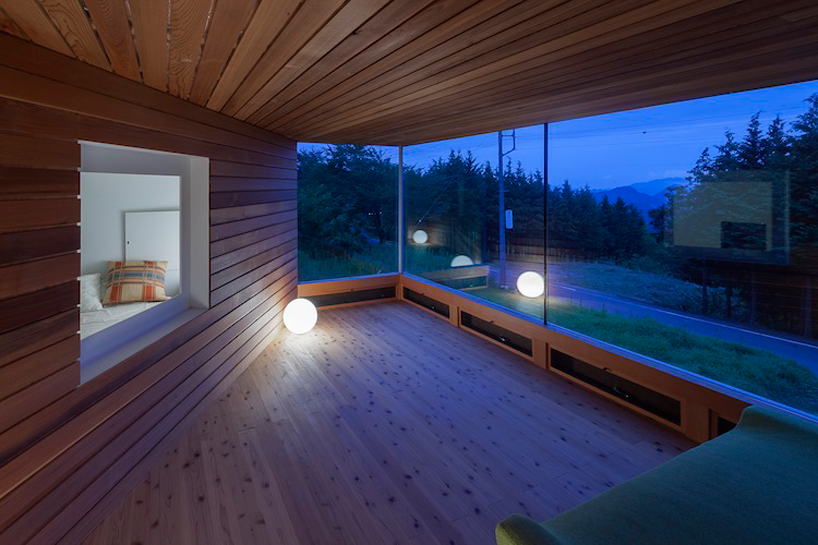 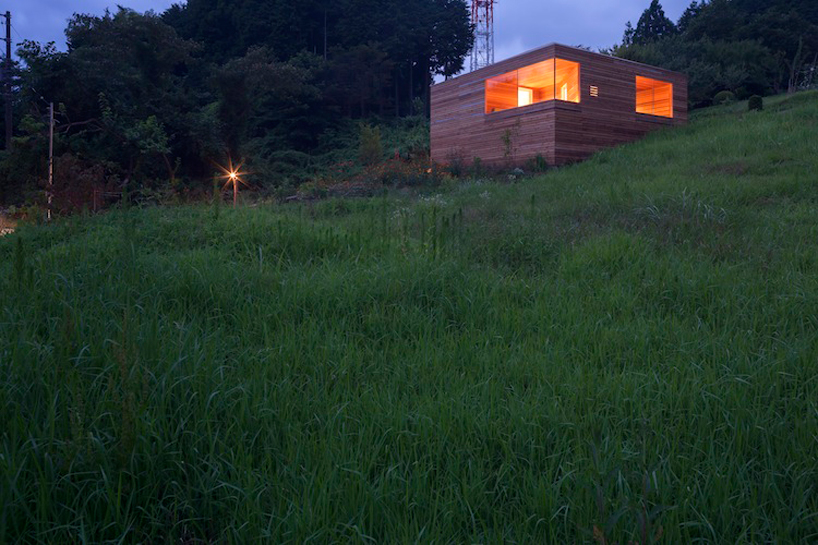 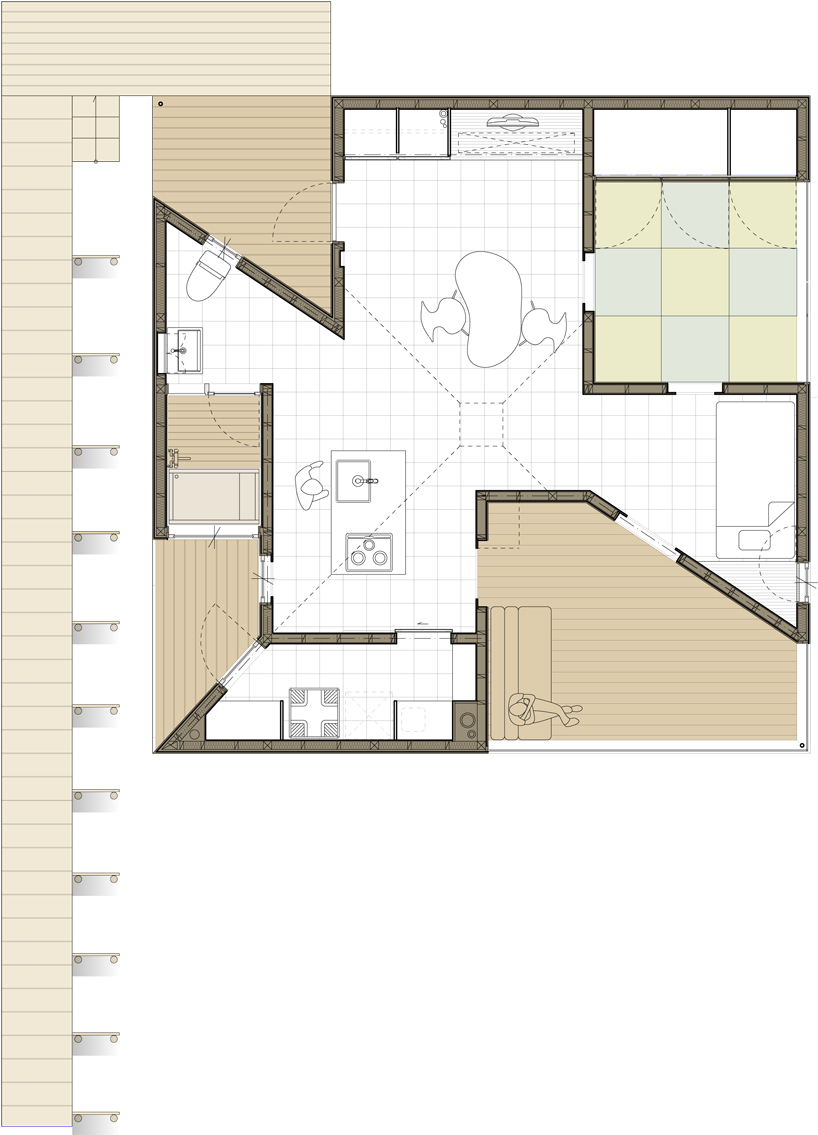 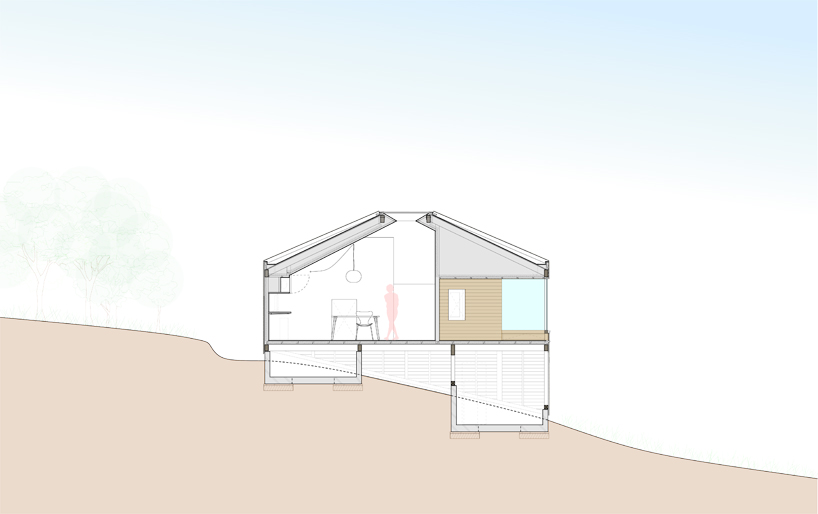 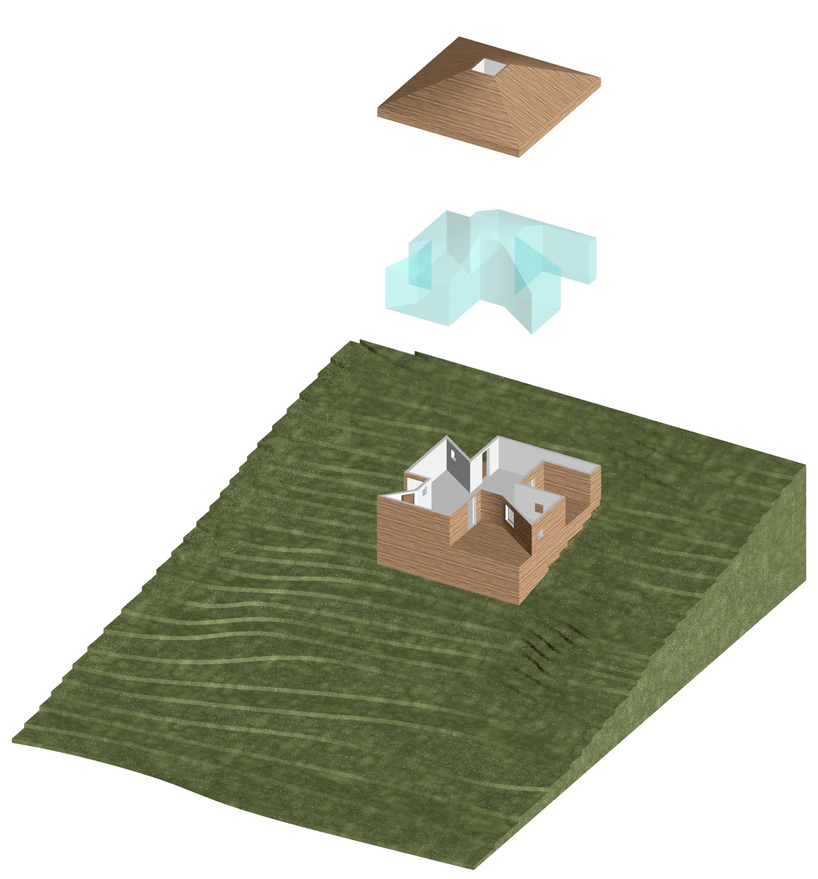 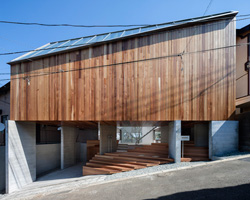 Dec 21, 2013
beyond the hill by kazuhiko kishimoto unites home and gallery 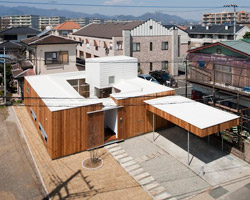 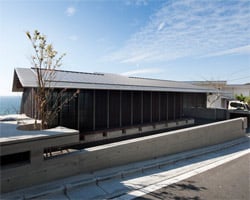