located on a corner site where circulation naturally flows in a concentric ring around the project, the ‘house in gamagori’ by japanese practicekazuki moroe architects replicates these conditions interpreted as a one-storey home with a circling roof that doubles over itself, slightly sloped to mirror the natural contours of the surrounding terrain. the central courtyard is the life of the home around which all program resides and opens to with large sliding glass doors. the north, where most traffic views the residence, is the highest structural element that quite literally blocks the public from the private interior, while the south contains a low profile to let in sunlight and open views of the nearby mountain. a warm material palette of soft white walls and two differently-toned woods make up the floor and ceiling and lend to a tranquil domestic environment. the subtle roof slope also relates to the program and the inhabitants, where the children reside on the lowest part and eventually work their way up the different functions until reaching the adult’s space at the highest point, looking over the parents’ house across the street. 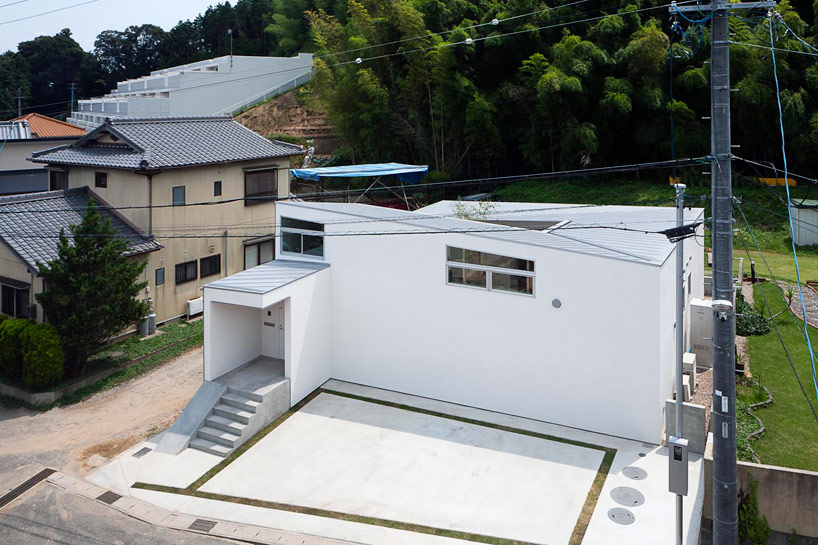 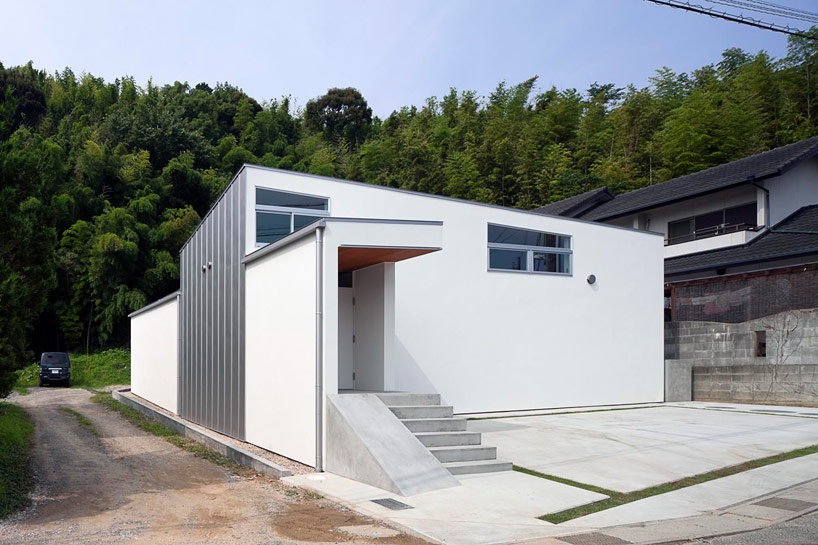 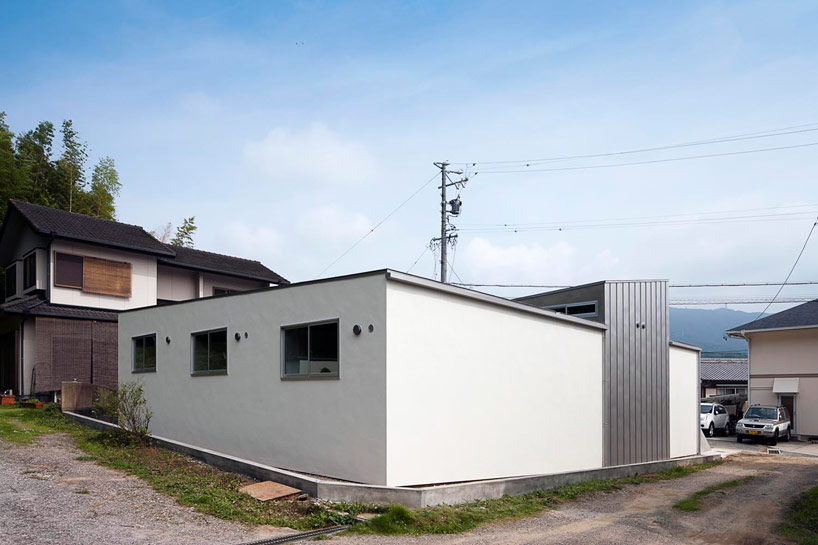 back of the lotimage © hiroshi ueda 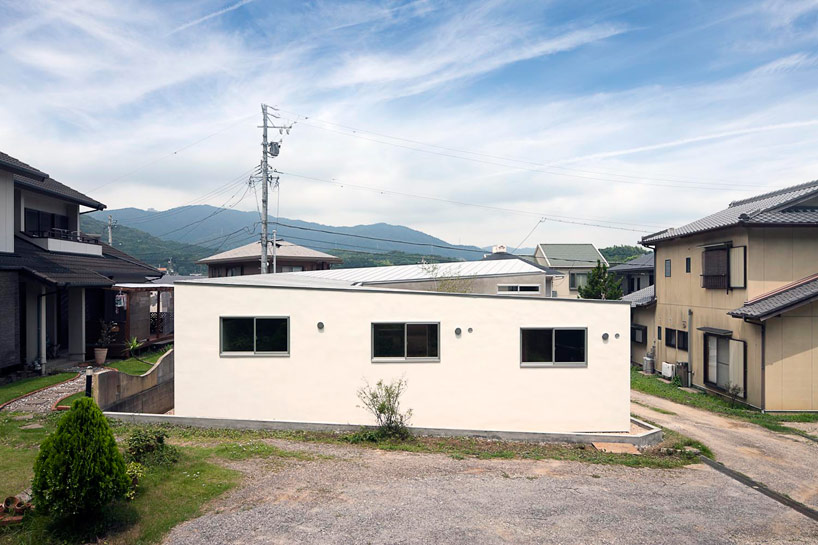 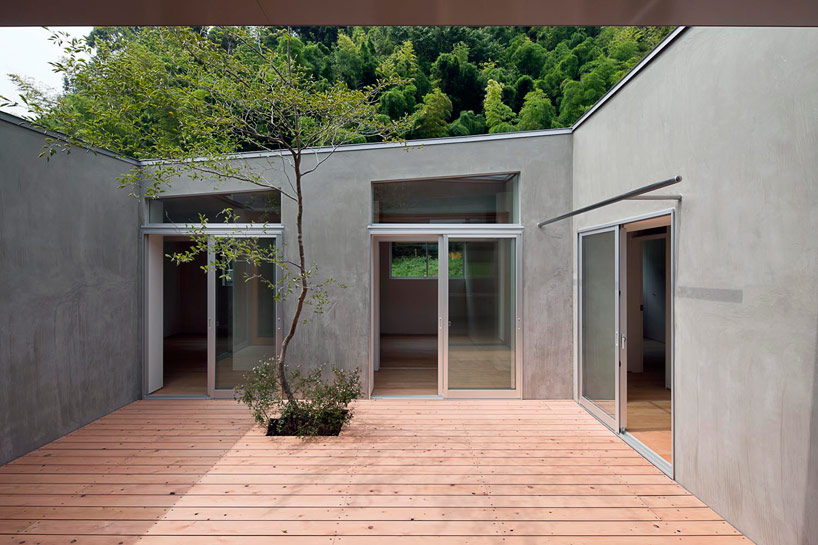 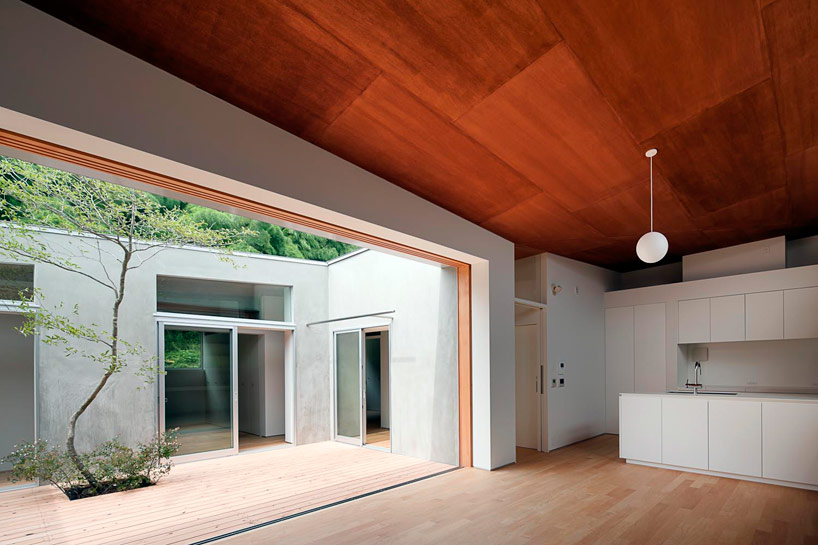 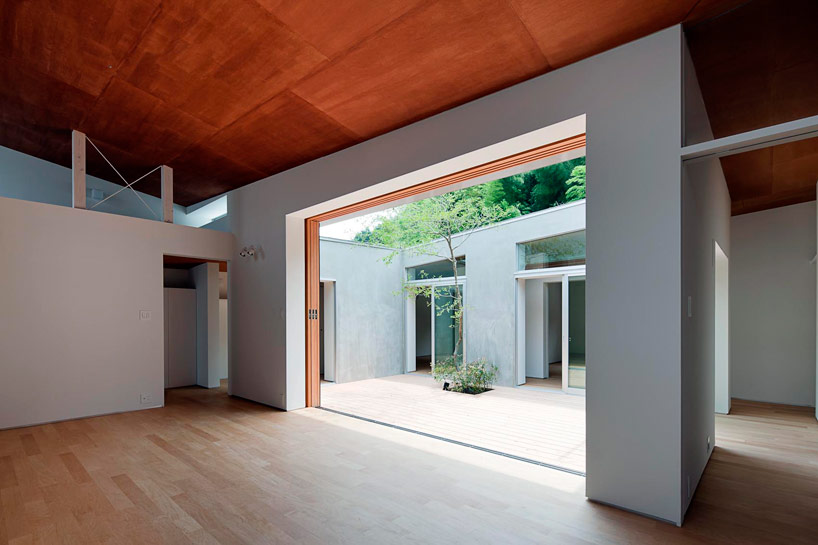 loft space on the highest point of the houseimage © hiroshi ueda 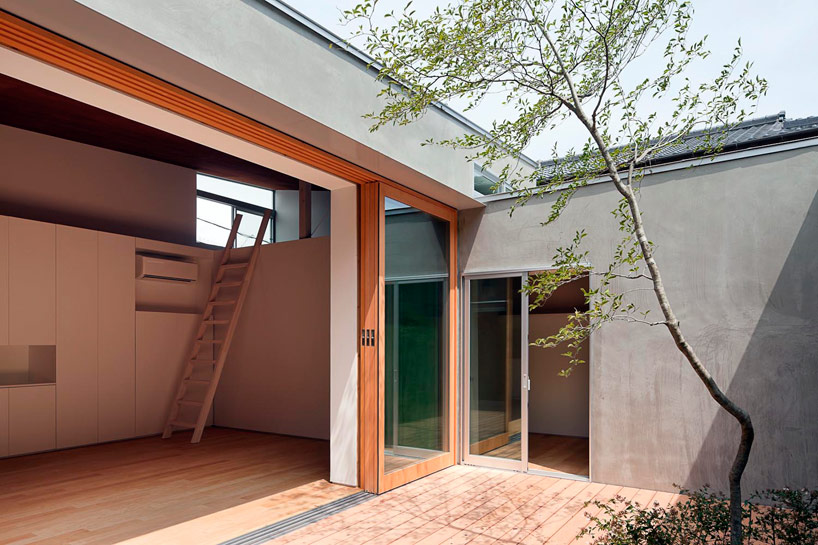 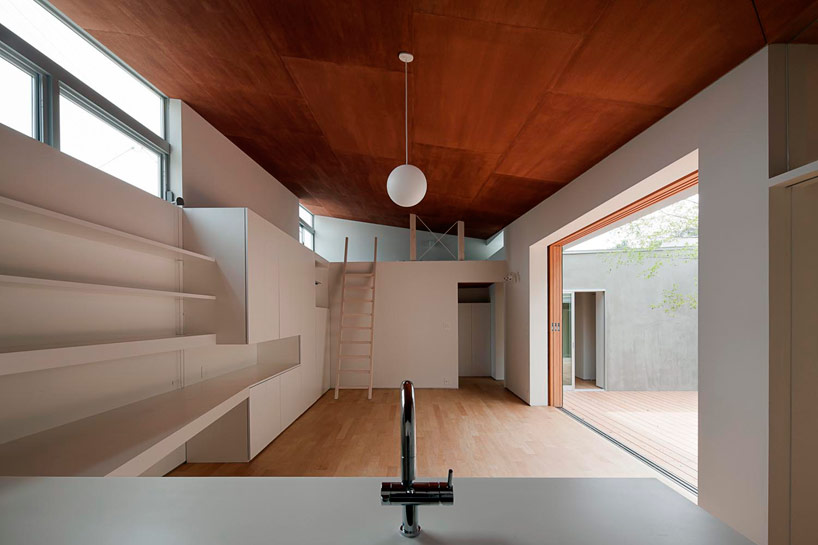 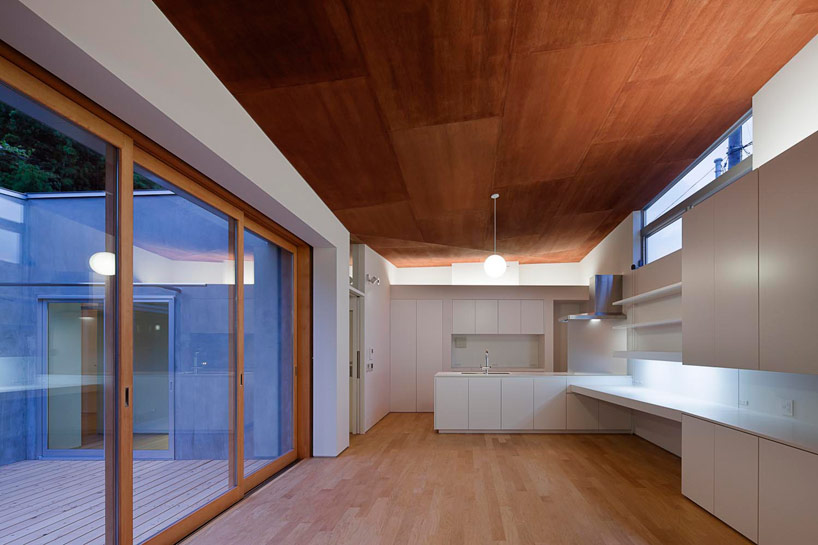 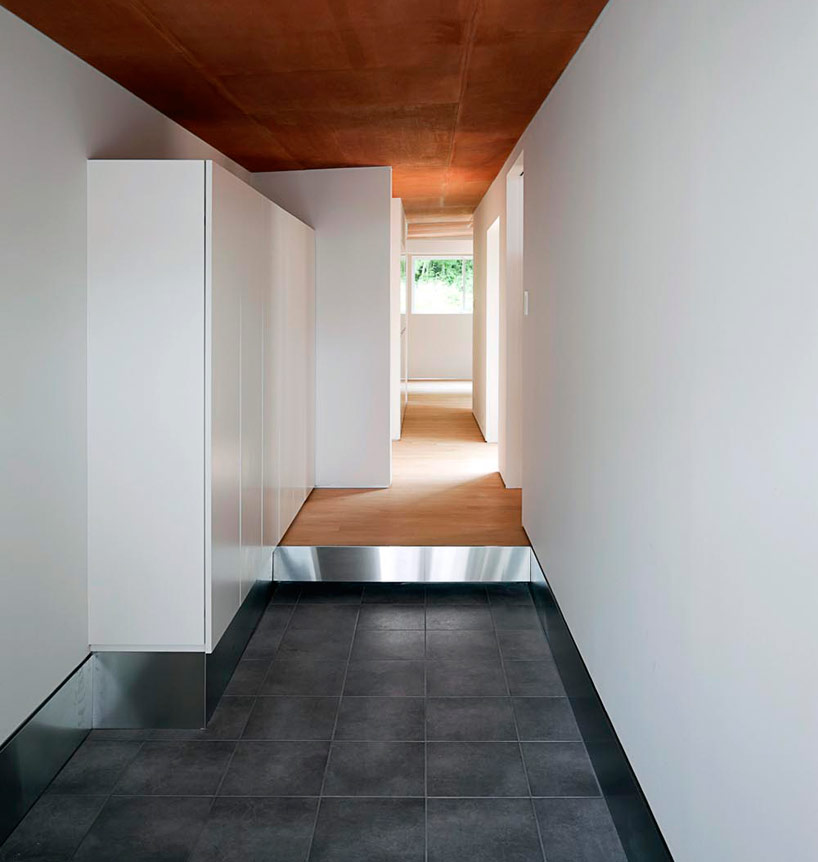 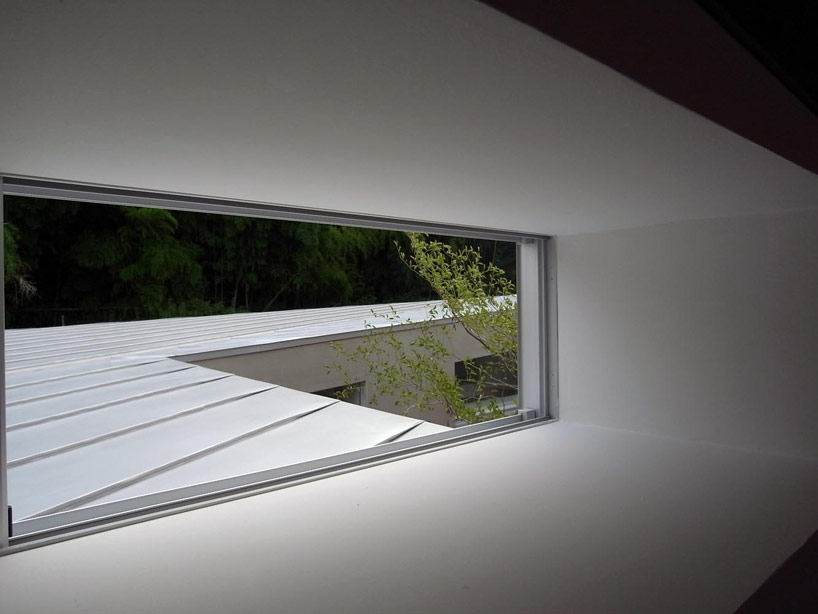 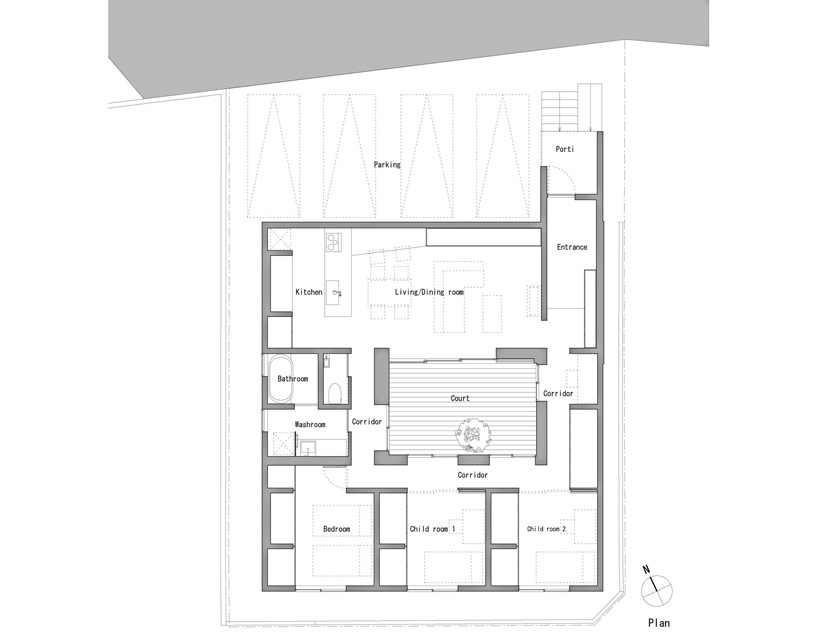