american architect kendrick bangs kellogg, one of the early developers of organic architecture in the mid 20th century, designed the hoshino stone church – full name uchimura kanzo memorial stone church – which was completed in 1988 in the nagano prefecture of central japan. today the church is used primarily for weddings, a widely popular destination in japan though not as widely known outside of the country. the chapel is situated in a heavily forested area and strives to integrate into the landscape, remaining lower than the surrounding trees and allowing vegetation to form part of the interior vernacular. 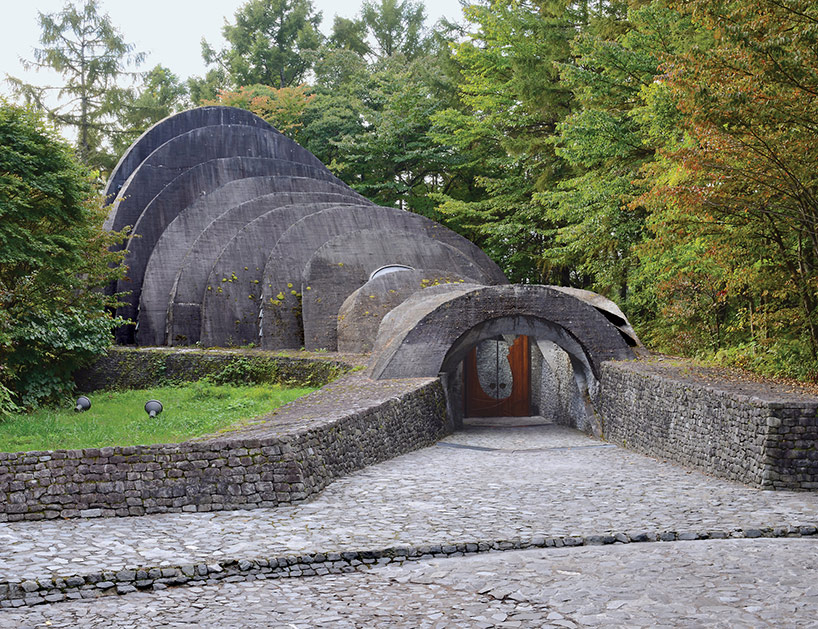 the chapel is experienced not as a standalone structure but as part of a linear journey through the site, beginning with a trail emerging from a roundabout leading guests through the chapel and exiting from the rear. local stone was used to build the foundation that is visible from the exterior and interior and supports a series of east-west oriented slanted concrete rings gradually growing in radius to eventually form the chapel hall. like a row of dominoes in mid fall the spaced arches are infilled with continuous obscured glass skylights that diffuse constant natural light throughout the day. the interior, marked by stone, concrete, vegetation and natural light feels like an ancient spiritual space. custom wooden fixtures accent the otherwise stone/concrete interior, with custom designed doors and pews that add a touch of warmth to sanctuary. 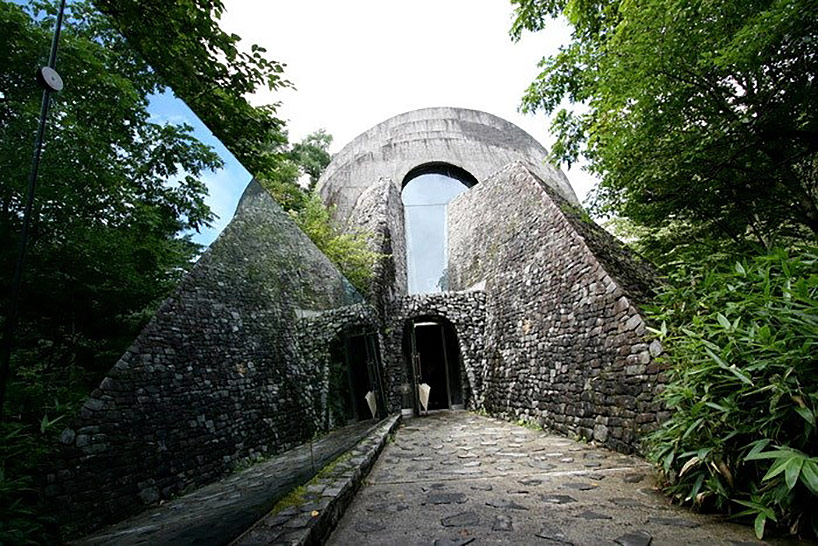 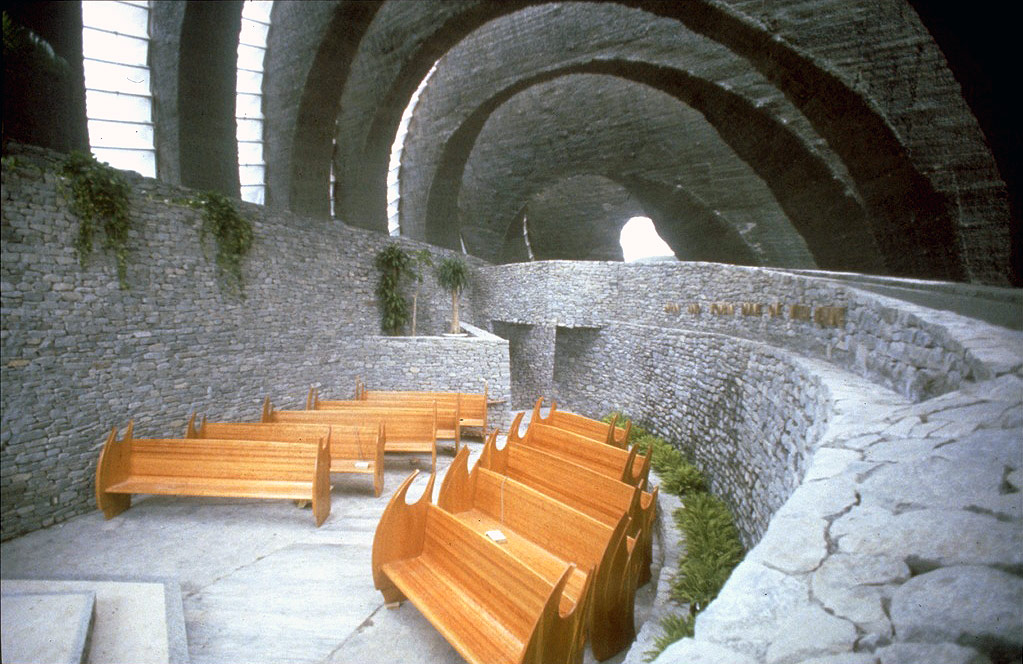 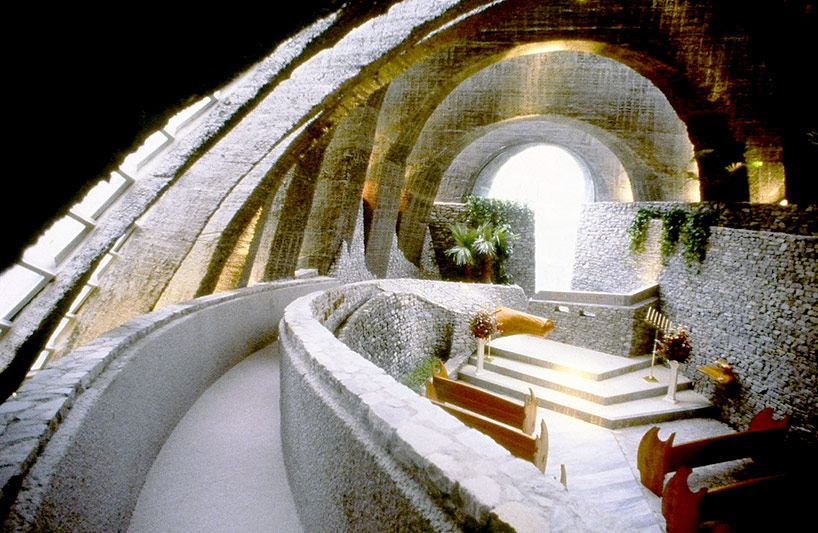 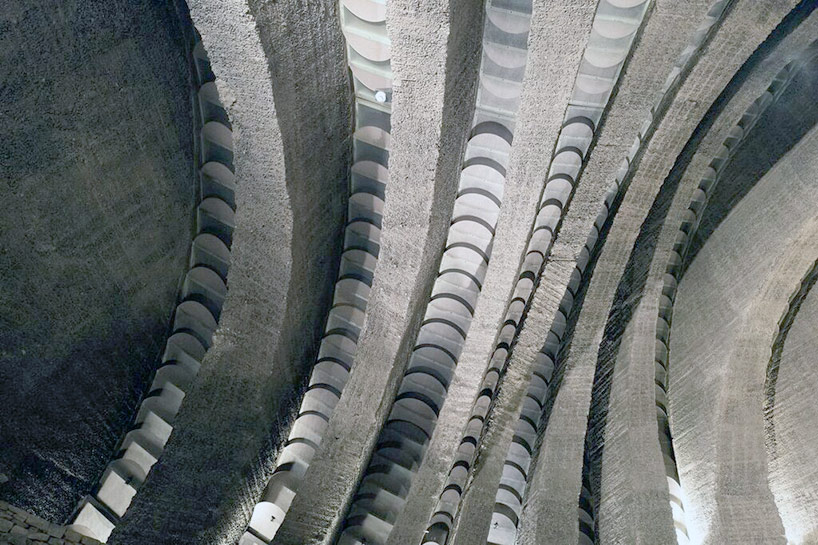 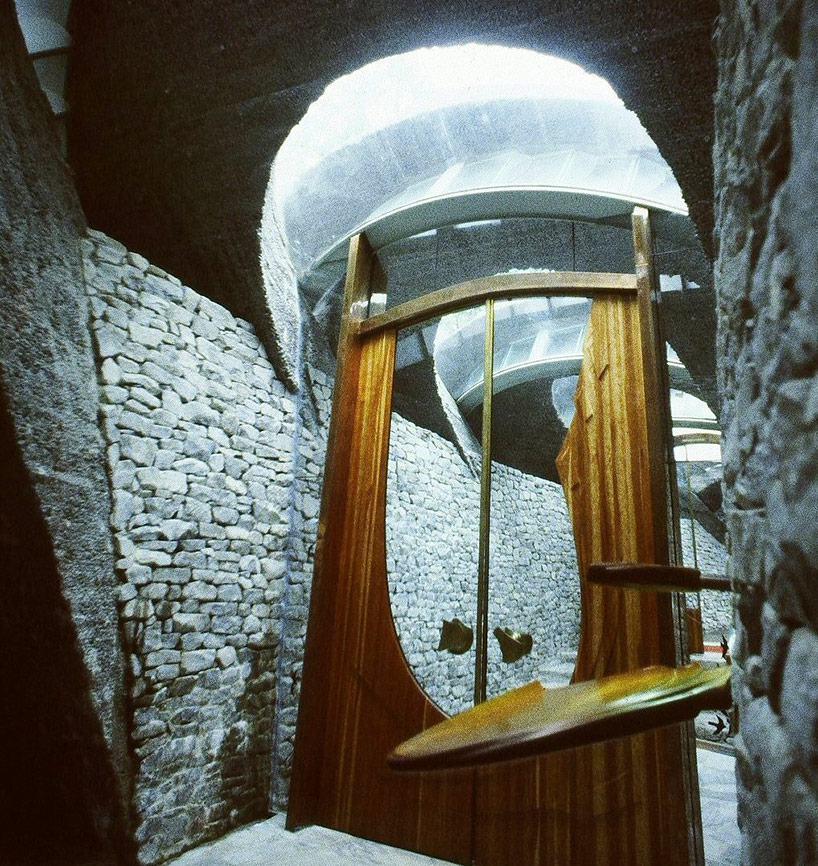 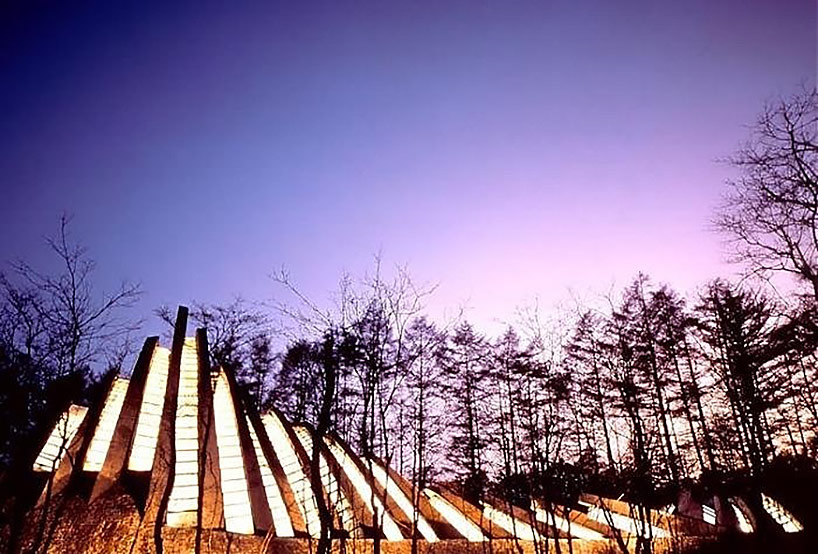 at night, the illuminated chapel reveals the orientation of the arches in the forest
image courtesy of stone church