in the japanese city of aomori, architect kengo kuma has completed a wooden community center that contains an undulating children’s playroom. designed to appear integrated within the neighboring townscape, the project features a jagged roofline that breaks up the building’s relatively large scale. external façades are clad with wainscot paneling with interstitial spaces revealing the activity inside. internally, the children’s playroom is joined by a cooking studio and a tatami room – all organized around a central foyer that connects the scheme. 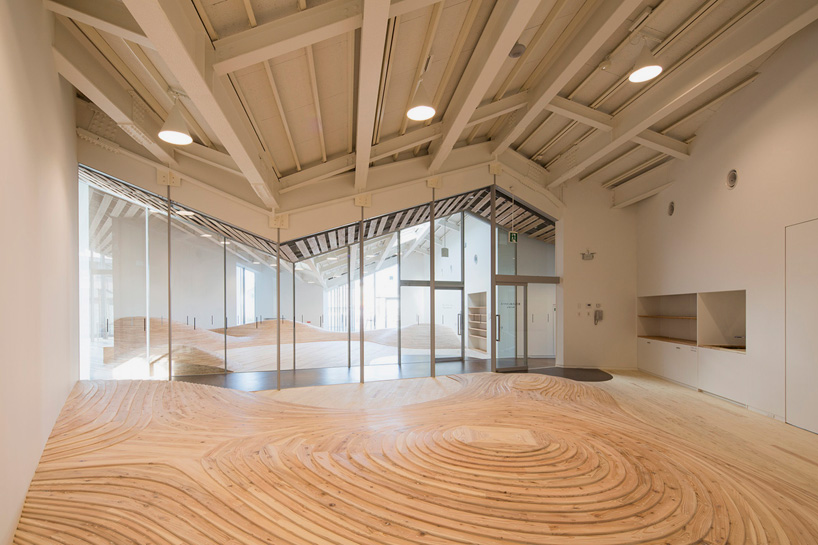 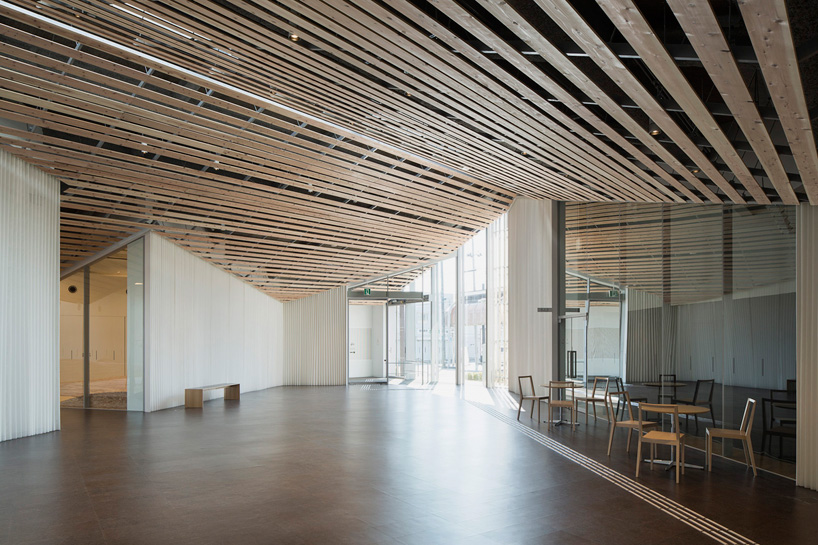 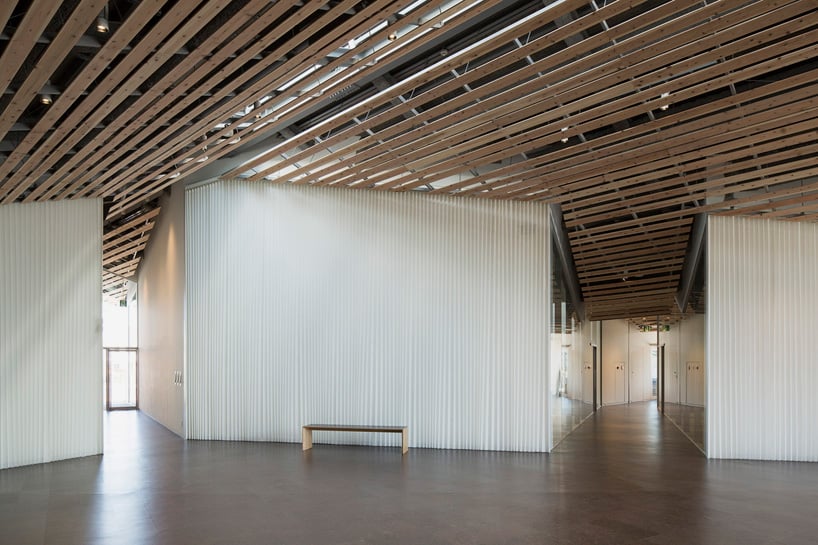 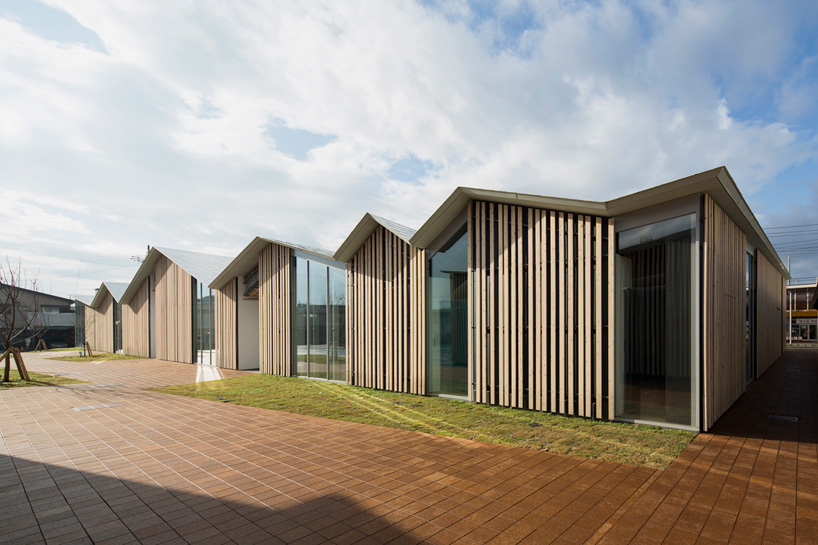 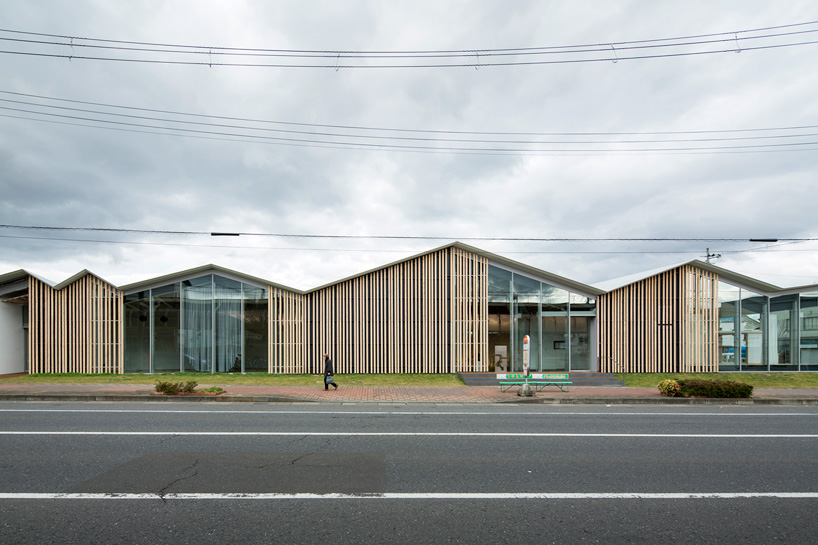 Aug 18, 2022
3andwich design's circular 'water drop' library opens toward expansive sea views in china
the main reading room is located right below the rooftop pool making visitors feel as if they are inside an underwater library.
architecture
348 shares
connections: +1730