in 2019, kengo kuma held off competition from 11 other firms — including christ & gantenbein and tatiana bilbao — to win a contest to transform a museum campus in portugal. the project will see the renovation of the building housing the modern art collection of lisbon’s calouste gulbenkian museum, while expanding the garden that surrounds the institution. the building has now closed to the public with refurbishment work underway. 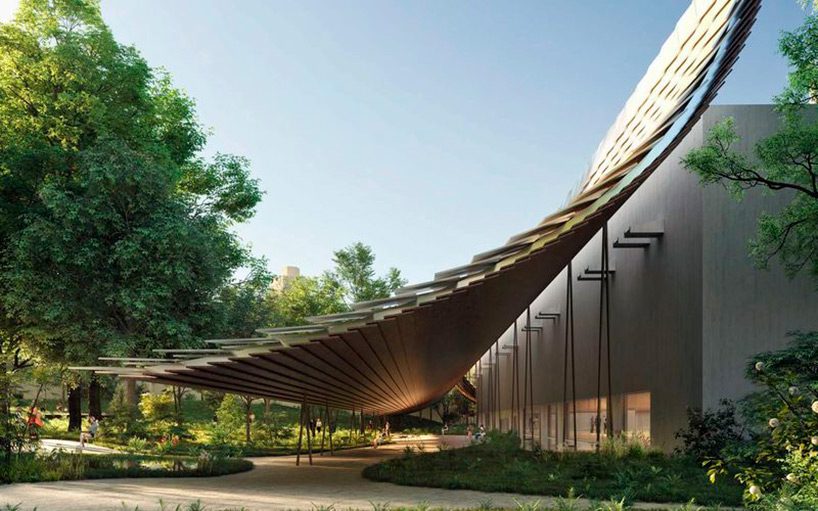 the campus of the calouste gulbenkian museum is set in a 7.5 hectare (18.5 acre) garden​​. at one end of this garden is the building that houses the museum’s modern collection, which was originally completed by british architect leslie martin in 1983. this building, which contains a collection of modern portuguese art, as well as british art from the 20th century, will be extended and renovated by kengo kuma and associates. 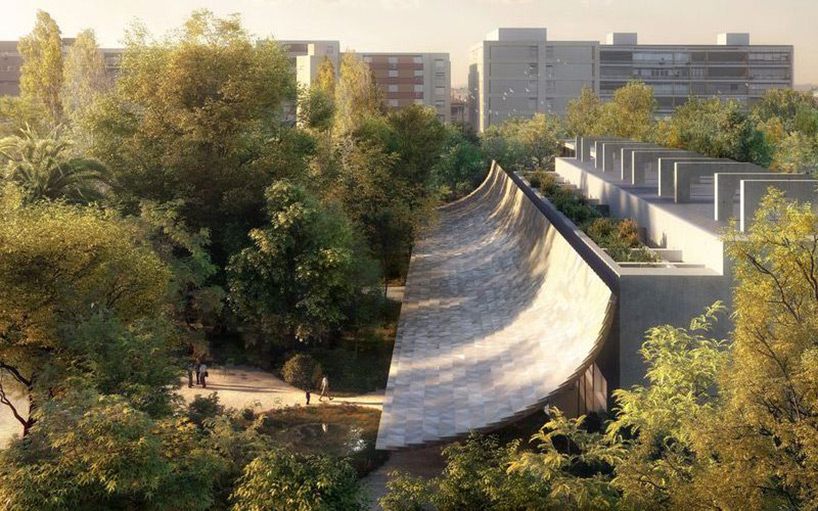 developed alongside landscape architect vladimir djurovic, the competition-winning proposal is titled ‘park for the city’. as part of the redevelopment, the building will be better integrated with the site with close attention paid to the relationship between the campus’ internal and external spaces. kuma’s intervention is characterized by the introduction of a curved canopy structure that softens the relationship between the existing building and the garden. 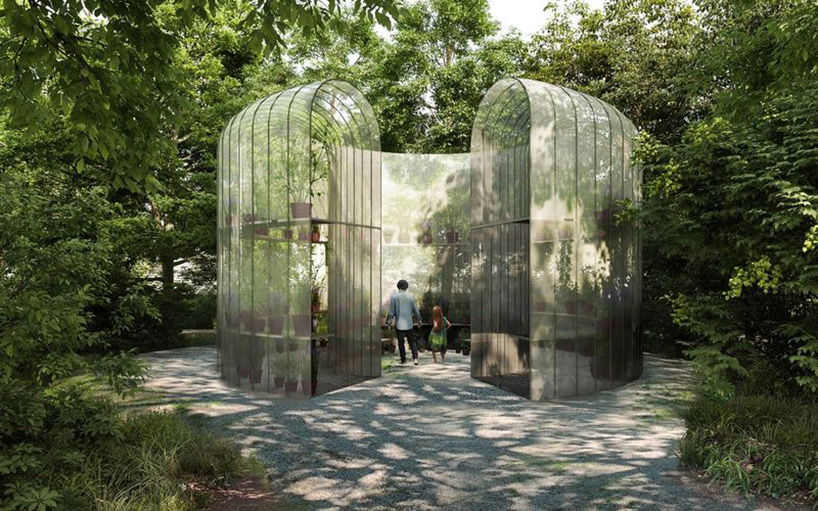 publico reports that the completed project will not only have renovated exteriors, but also new points of access and improved circulation routes. expected to open in early 2022, kengo kuma’s design was chosen ahead of other entries by: aires mateus; barbas lopes; carla juaçaba; christ & gantenbein; inês lobo; john pawson; junya ishigami; menos é mais; pedro domingos; SAMI; and tatiana bilbao. see other projects by kengo kuma on designboom here, including another scheme planned for portugal. 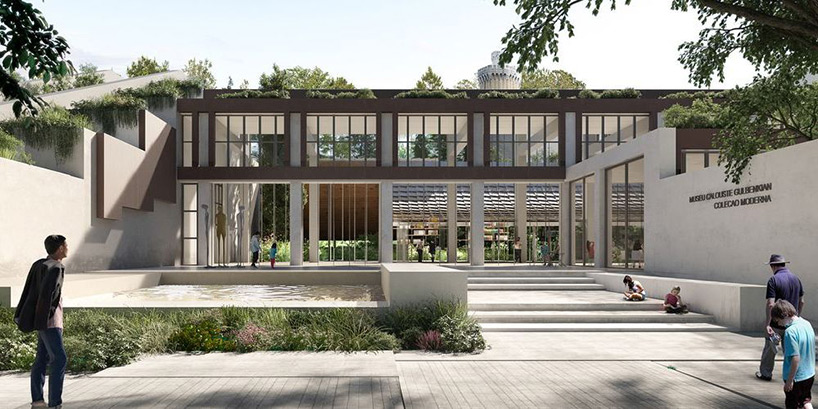 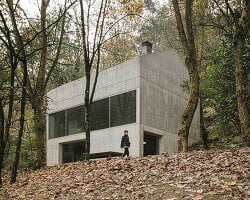 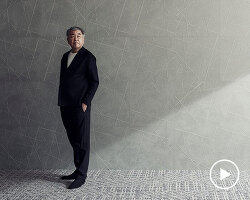 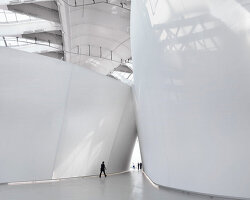