currently on display at gallery ma, tokyo is the exhibition ‘kengo kuma studies in organic’ featuring the many study models and samples of the famous japanese architect’s projects. 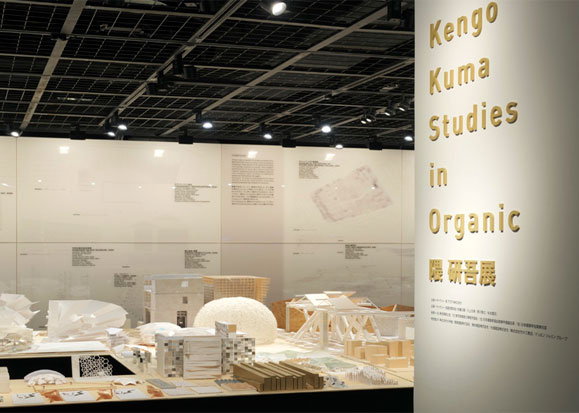 in the 1990s, as postmodernism fell into decline and the bubble burst, kengo kuma was skeptical about the idea of architecture as an object and made the ‘erasing’ of buildings his architectural objective. to achieve that objective, he adopted techniques such as the use of louvers and the creation of ‘apertures’. in the 2000s he began working overseas. he continues to present many fascinating proposals. having won a succession of major competitions in japan and abroad, he is one of the best-known architects in the world today.

‘a thing that is organic is different from a thing that is simply natural or made of natural materials. a thing that is organic must possess the generative dynamism characteristic of living things. we are trying to arrive at things that are organic by making a thorough study of the amazing process by which certain units (genes) generate a living whole while contending with (or more correctly, being defeated by) the environment. in each project we discover a characteristic material and are drawn irresistibly into a journey-like sequence, a process by which that material, after a hard-fought, tortuous struggle, generates a certain whole. a certain whole does not necessarily mean a building. it may only be a piece of furniture or some small object, or surpass architecture in size and become a city. It may hug the ground or rise like a building. like living things, things that are organic take various forms and survive in various ways in response to their respective environments.’ – kengo kuma

the exhibition will be on view until the 19th december, 2009. 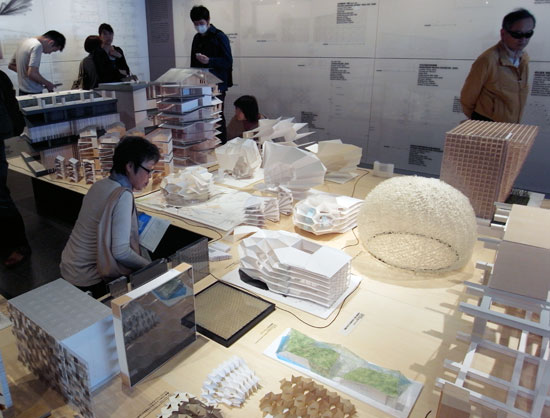 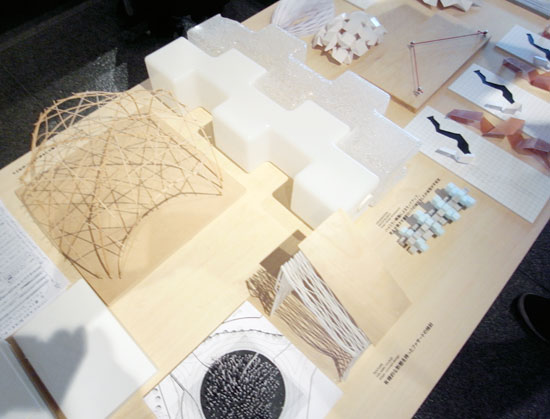 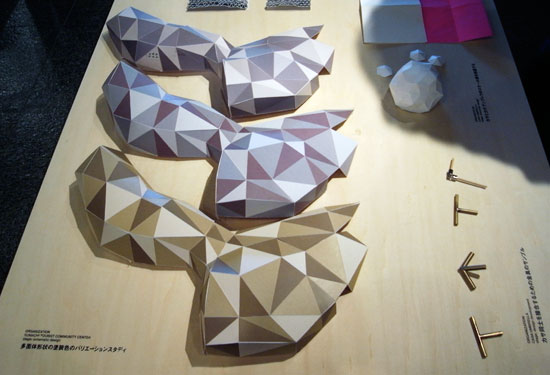 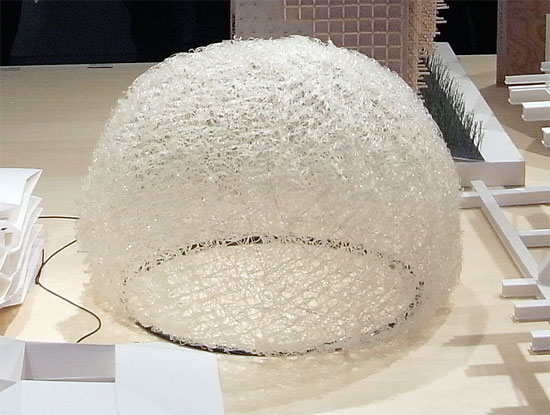 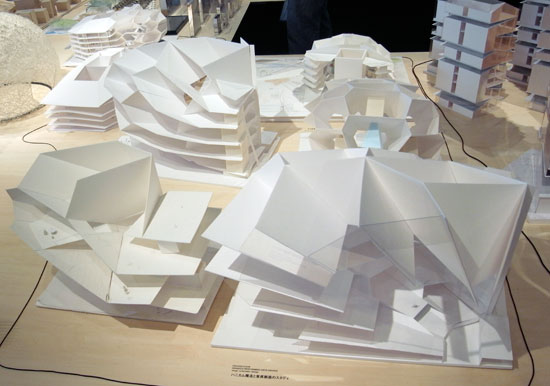 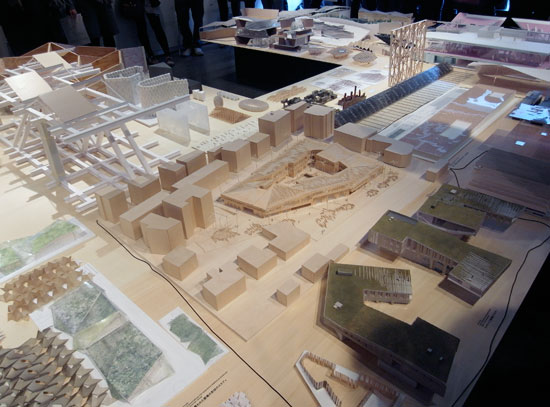 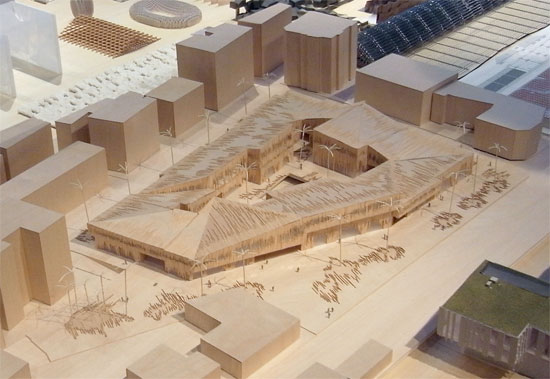 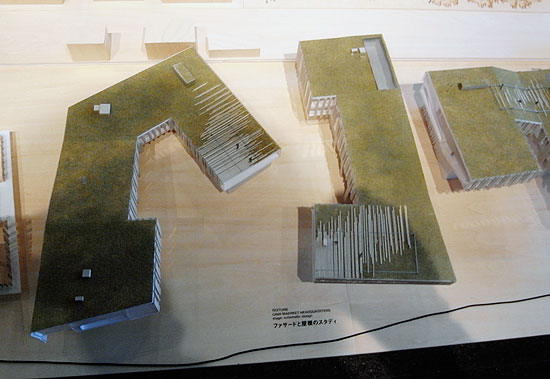 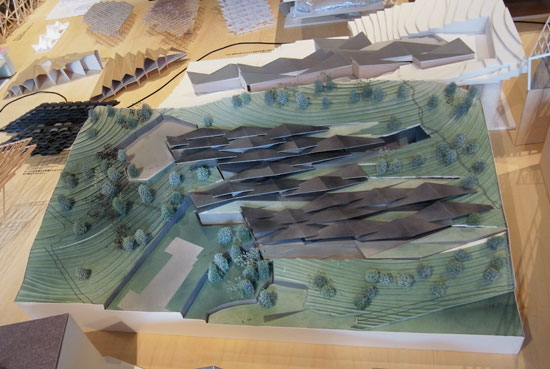 contour museum at the china academy of art image © designboom 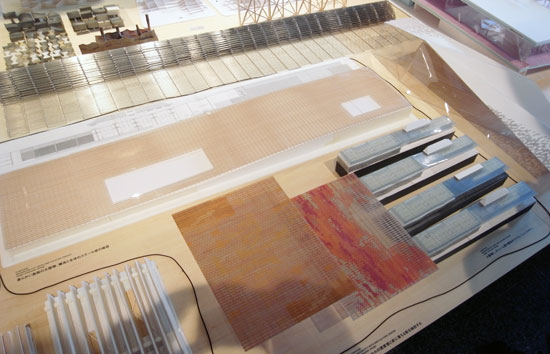 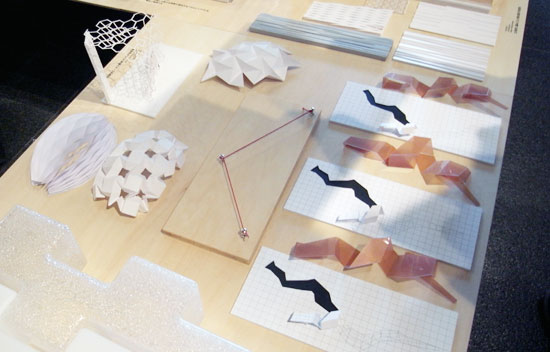 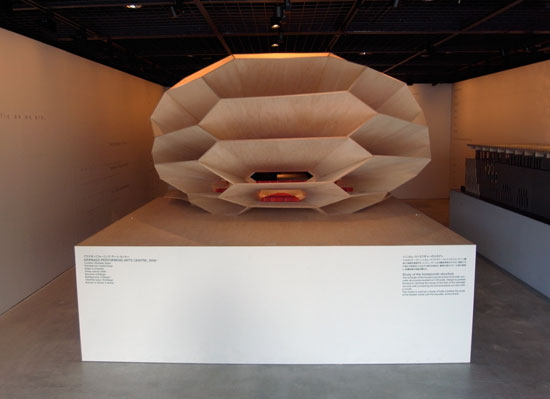 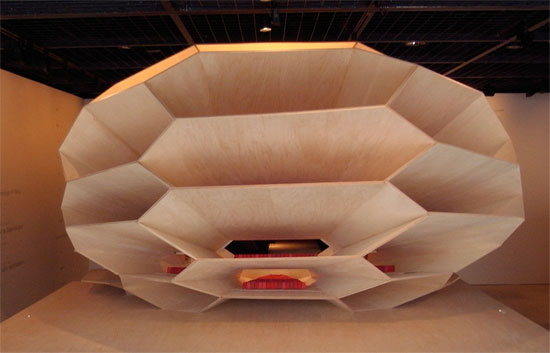 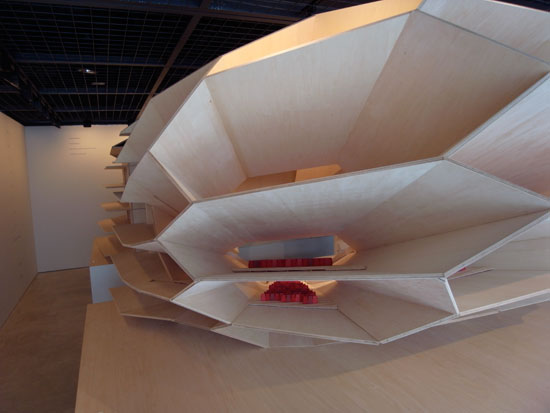 detail of the form image © designboom 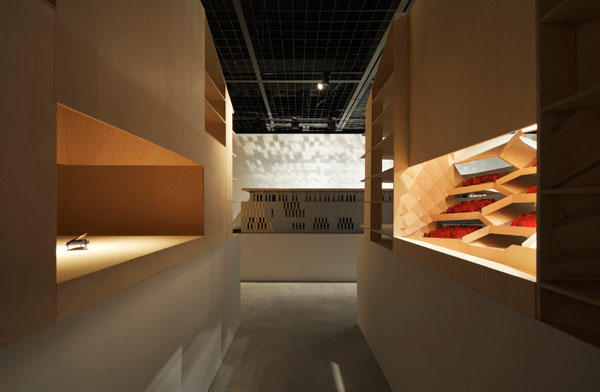 the model is divided into two sections 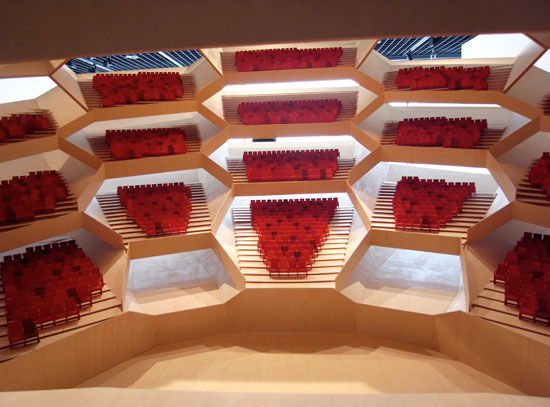 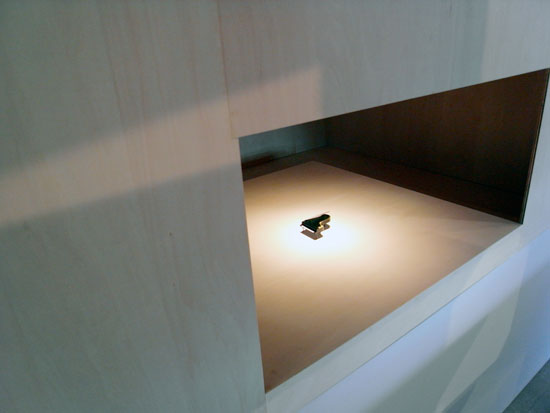 the model is divided into two sections image © designboom 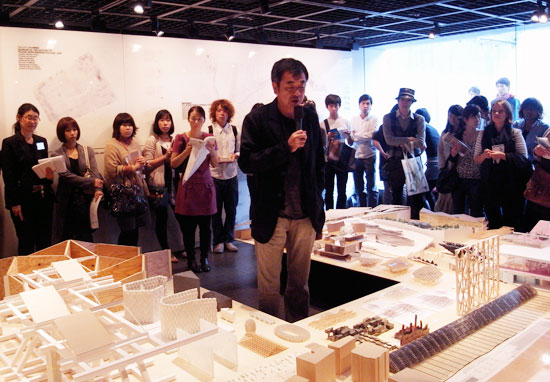 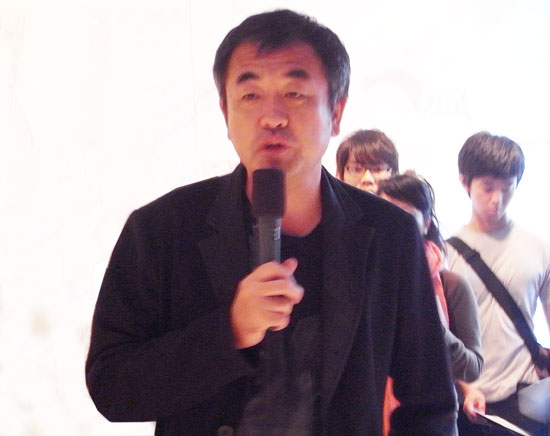