the building technique is often applied in the making of ‘shoji’–crosspieces of wood arranged in a lattice formation–in which kengo kuma has positioned the material to form a muntin grid across the façade of the 297 m2 space. generally, two pieces intersect in two-dimensions, but in enveloping the structure, the japanese architect has combined the 60mm x 60mm components in three dimensions, angled 30 degrees from one another. the openings between the wood allow sunlight to naturally illuminate the interior, while still offering privacy.

as the building is situated in omotesando, a residential area of aoyama, KKAA wanted to create a soft, natural atmosphere in order that it sits will among the houses, while still standing apart from the concrete box homes around it. visually and socially interesting amongst the community, the result is a warm addition to the neighbourhood. 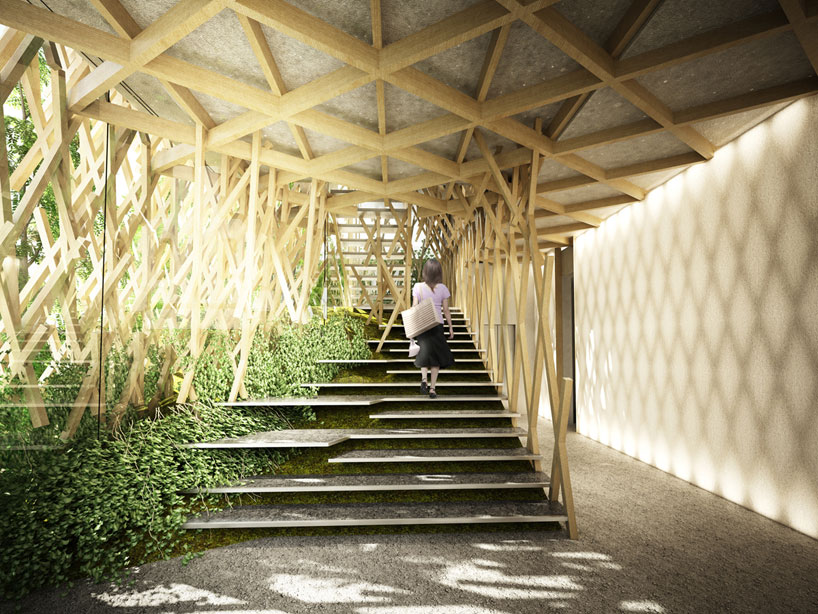 the wood forms a murin grid across the façade of the building offering privacy, while still letting light stream through its openings 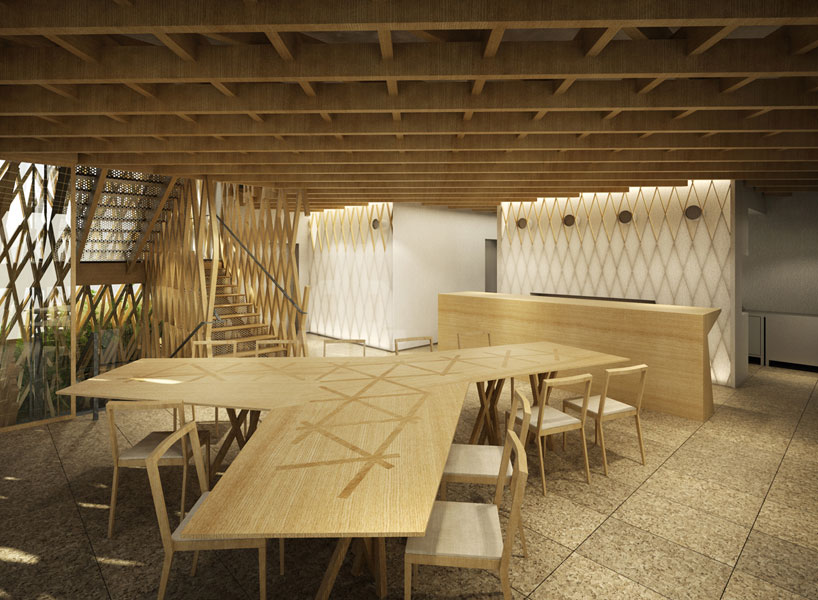 rendering of the dessert shop’s interior 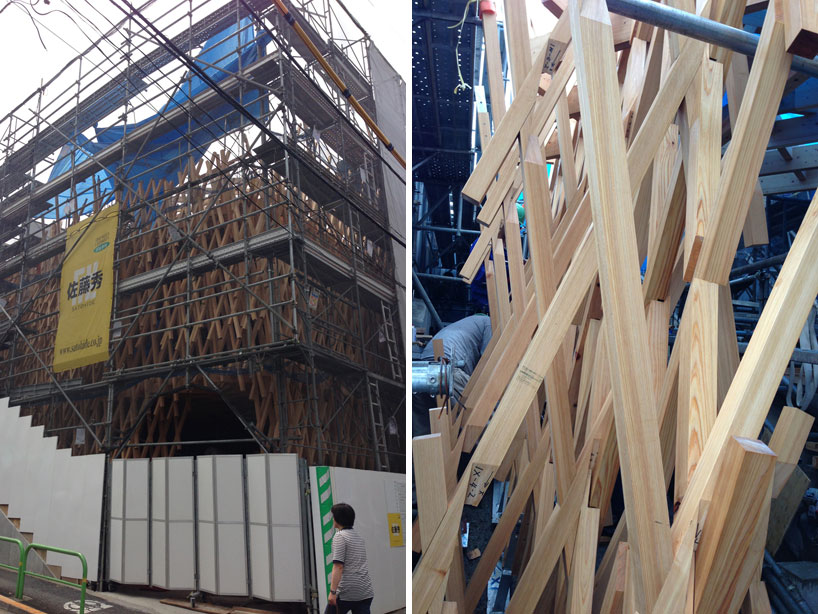 60mm x 60mm crosspieces form a basket around the building 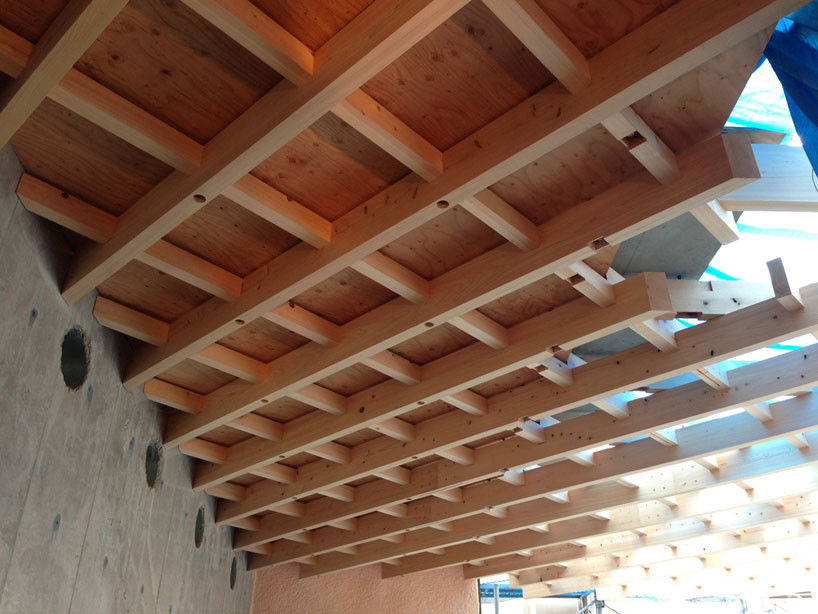 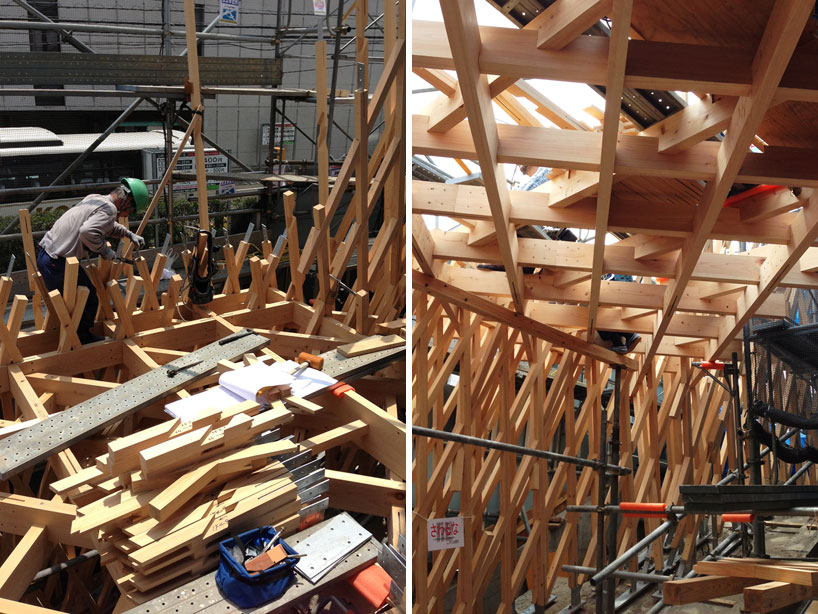