all images courtesy of kenji yanagawa architects and associates

japanese firm, kenji yanagawa architects has designed ‘II home in higashi’ around the owner’s porsche 911. living spaces are organized in succession around a central void that allows views of the car from all levels.  at the back of the site the music room, kitchen and bed room are stacked vertically, accessible by stairs to the larger proportion of the house consisting of the livingroom, and bathroom above. without interior partitions, air and light flood the entire space from the openings in the roof and glass walls toward the street. cantilevered terraces push the corrugated aluminum envelope flush with neighboring buildings while acting as a buffer, providing privacy between the habitable space and public front. 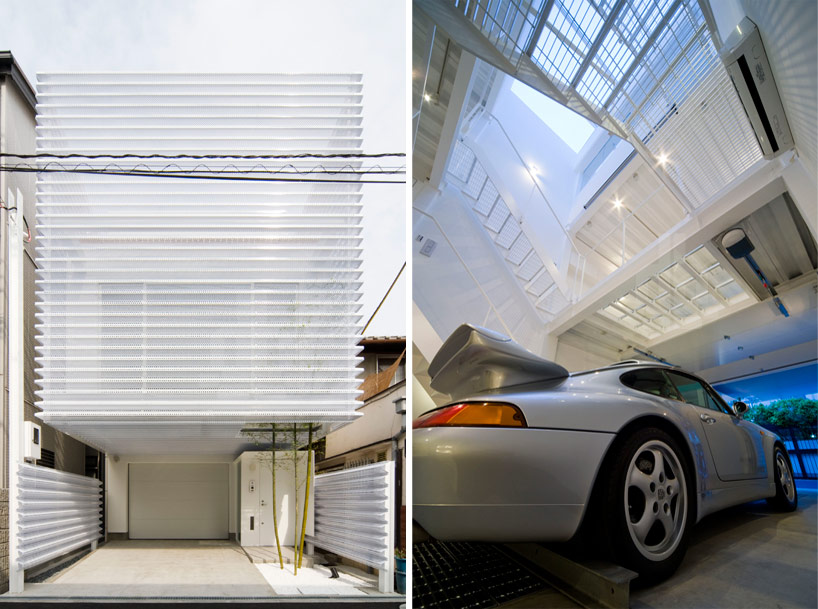 (left): cantilevering from the garage, the house hovers above the street (right): the porsche defines the spatial arrangement of the rooms above 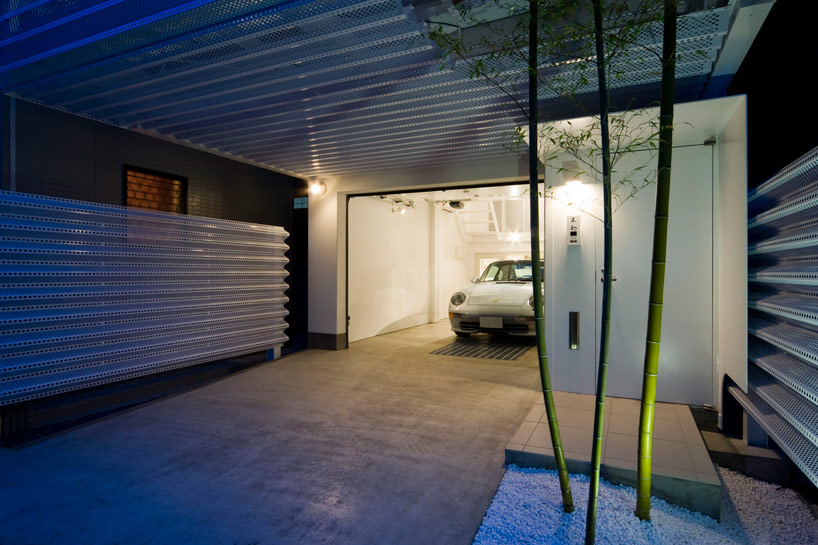 the garage is tucked back on the site, allowing the greatest area of protection for the luxury car, and concentrates the living space away from the street 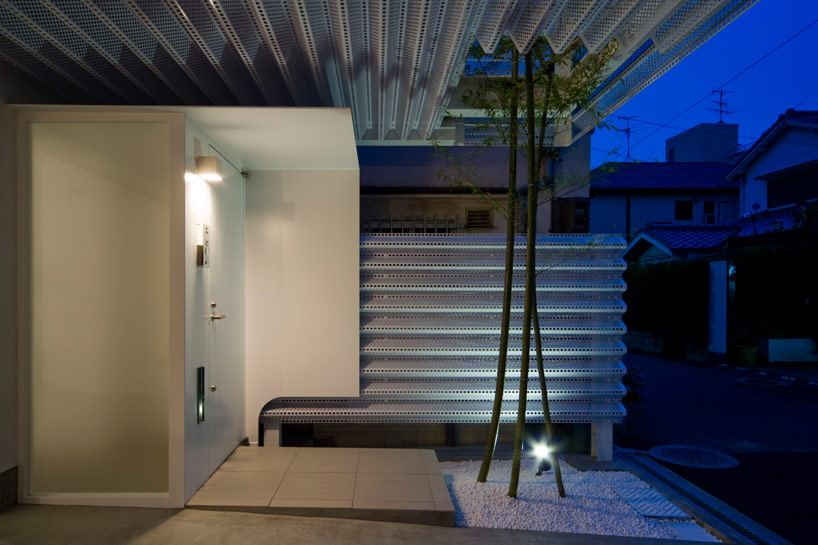 a multi-layered space unfolds around the entrance 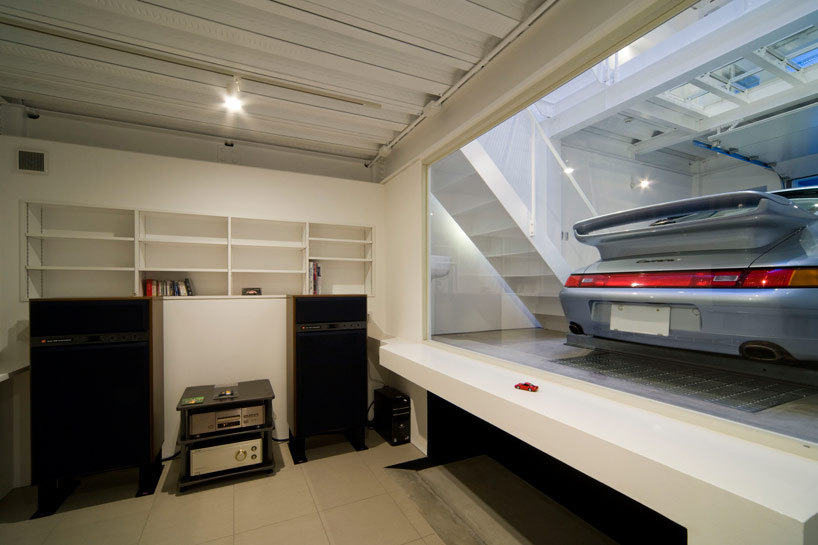 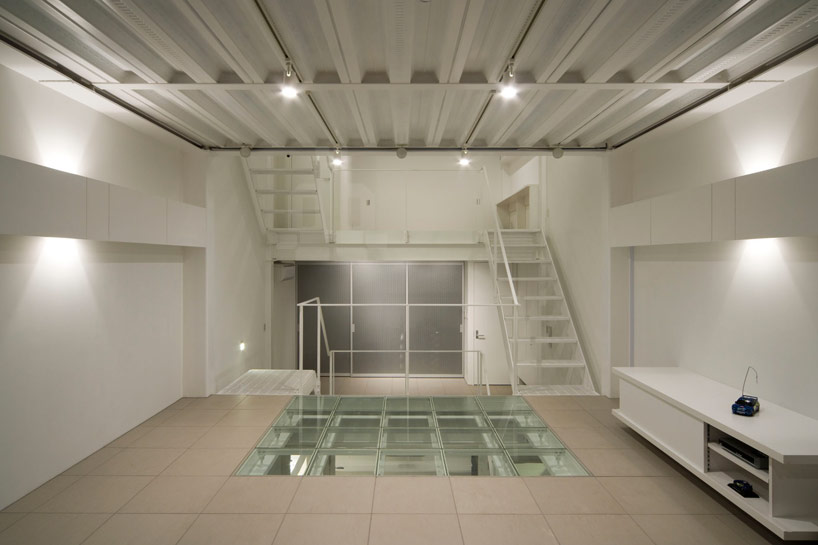 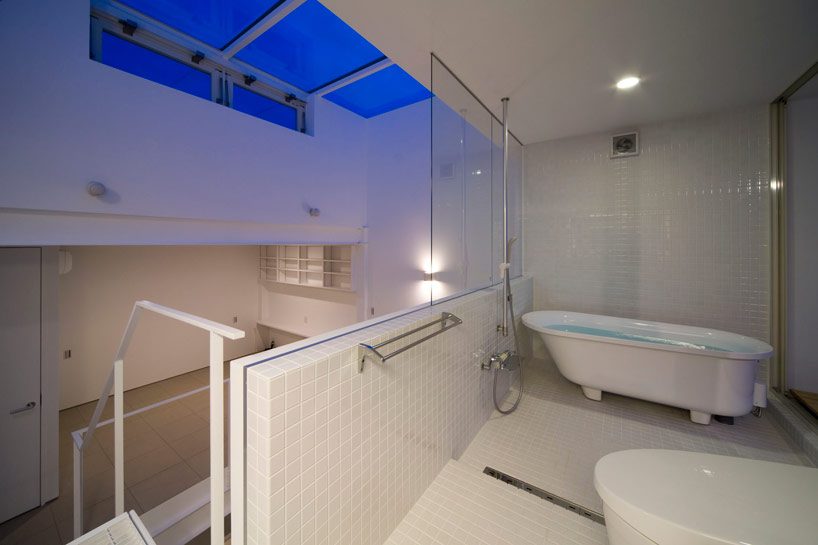 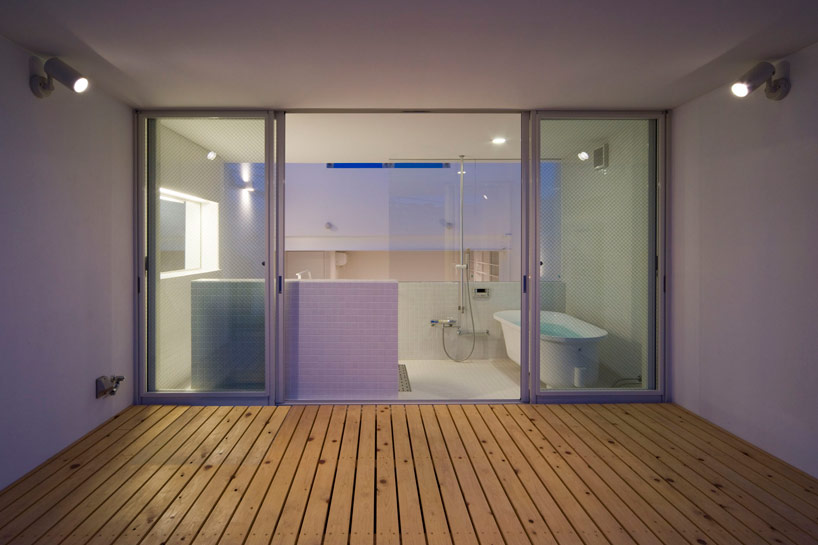 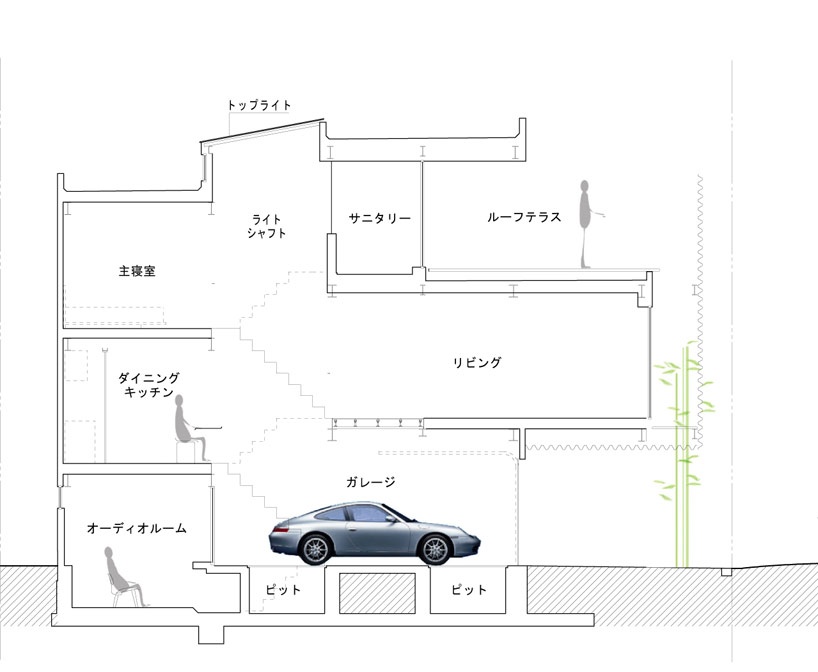 section illutrates the porsche and atrium as central organizing features of the house, and the facade and terraces as buffer from the street 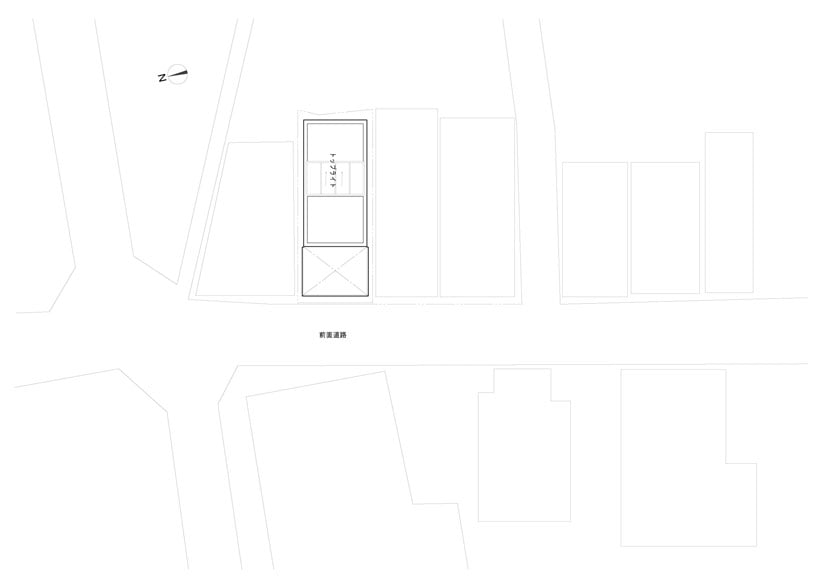 site plan illustrates the program of the house assembled at the back of the site, while the facade remains flush with its neighbors 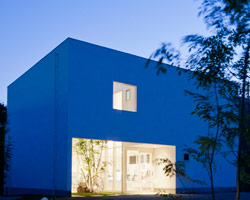 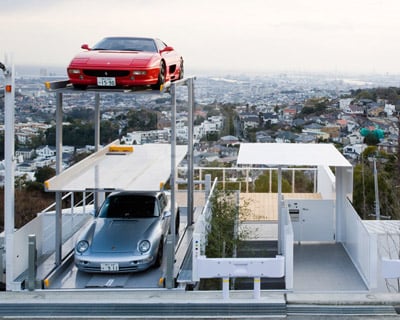