new york-based kevin erickson of KNE studio and allison warren have designed the ‘rope pavilion’, one of five winning proposals for the warming huts competition to be constructed this january along the assiniboine credit union river trail in winnipeg, canada. placed upon the ice, the temporary structure will provide shelter from harsh winter winds for transient visitors and ice skaters. the dome-like form is supported with a birch wood framework which has a notched profile to hold the strands of wrapped manila rope in place. the shapes undulating skin gently lifts from the ground plane to create the pavilion’s entry.

slight perforations between the striated exterior allows light to penetrate into the interior while the material’s inherent texture adds warmth to the internal atmosphere. inside, stools made from a bundle of large gauge ropes which has been secured with an outer ring are placed around the perimeter. overhead, an open oculus introduces daylight while the shape naturally retains heat. 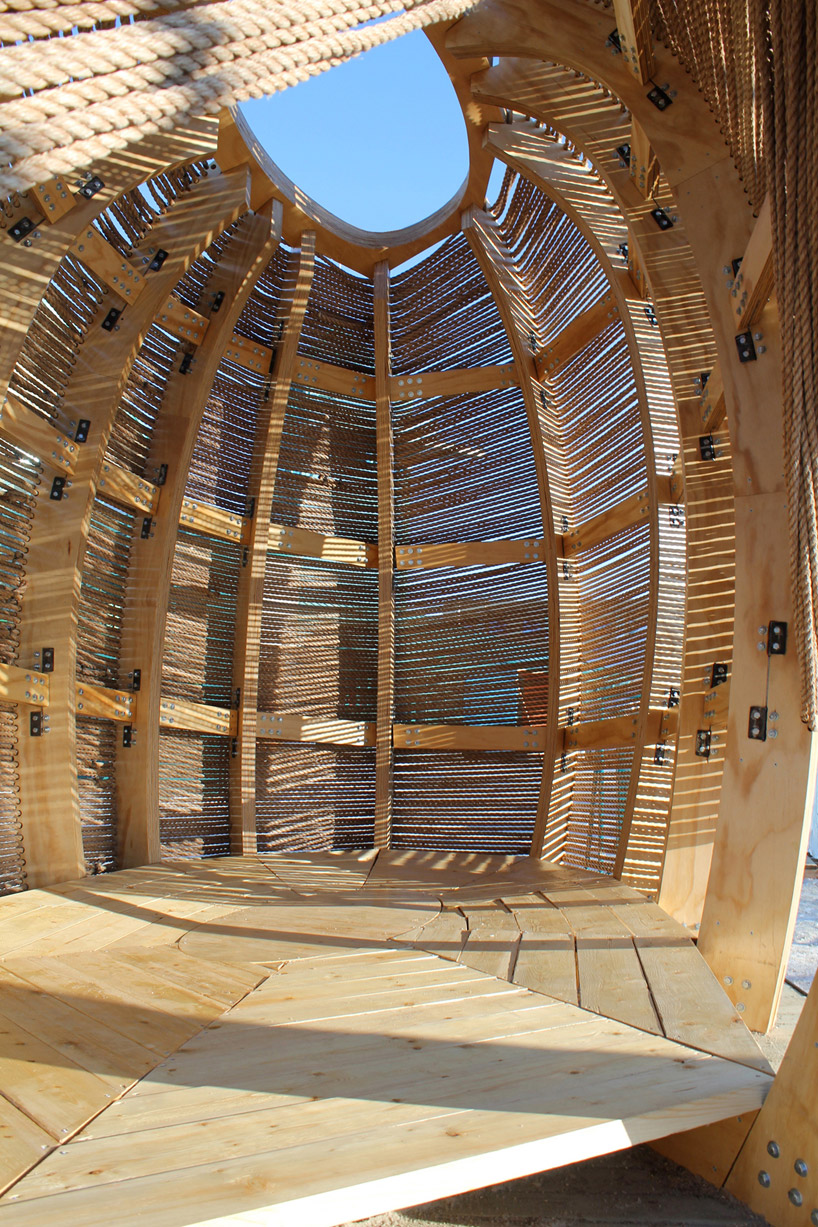 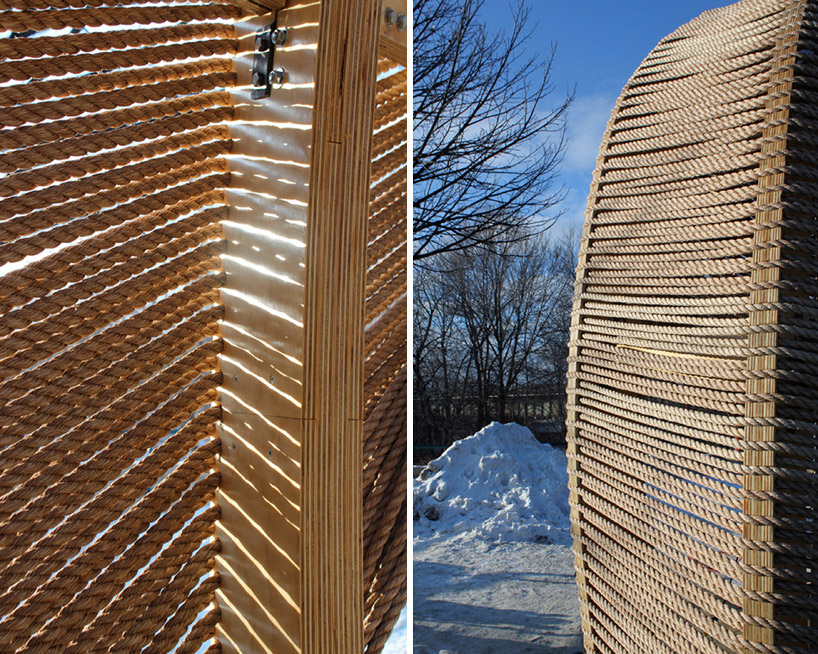 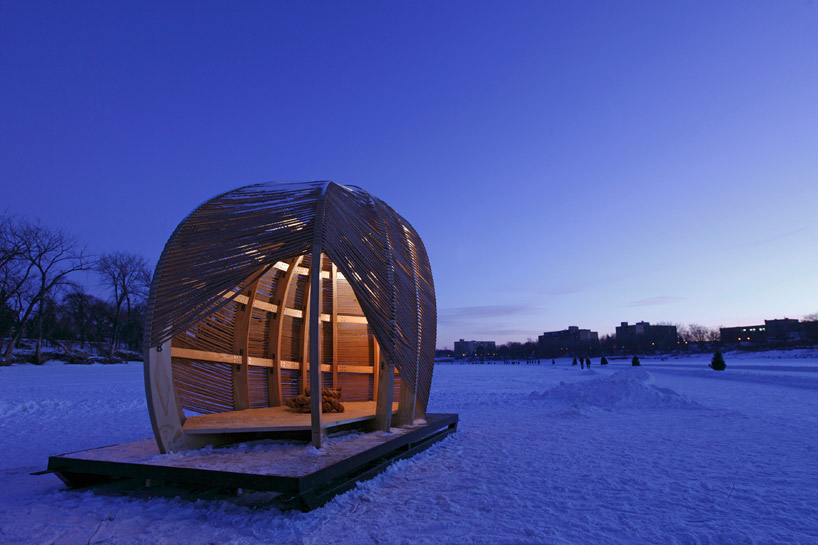 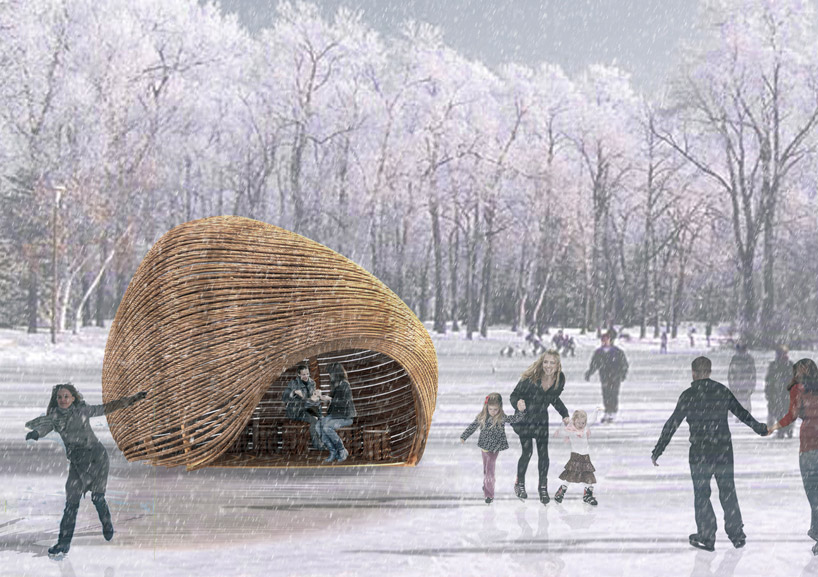 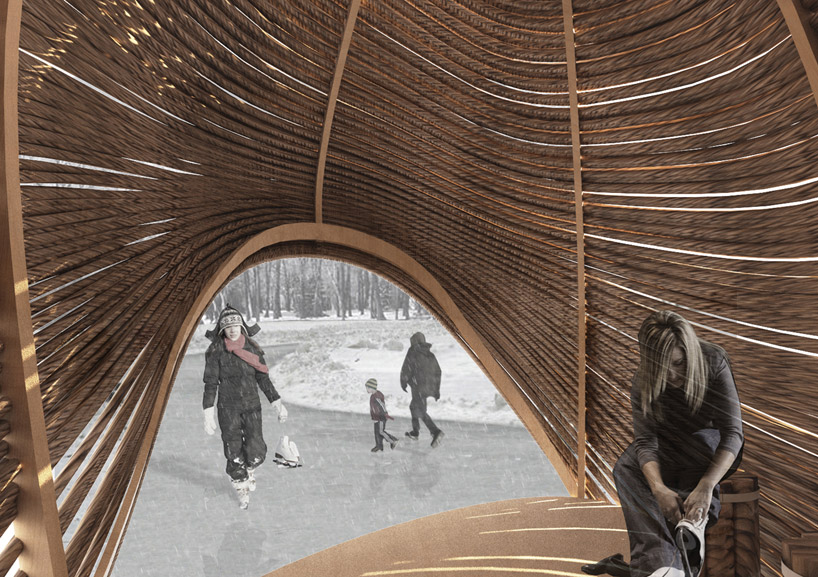 outward view from seating within the pavilion 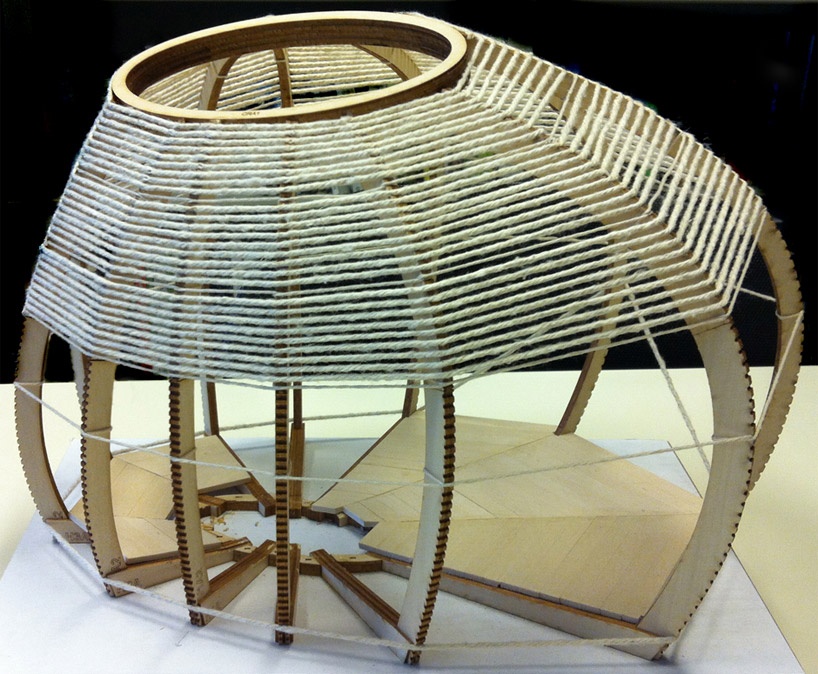 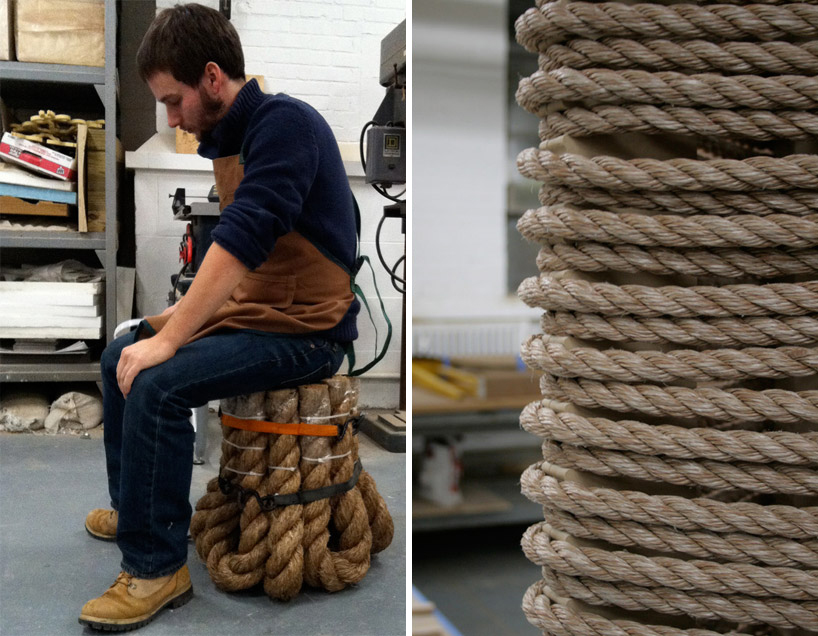 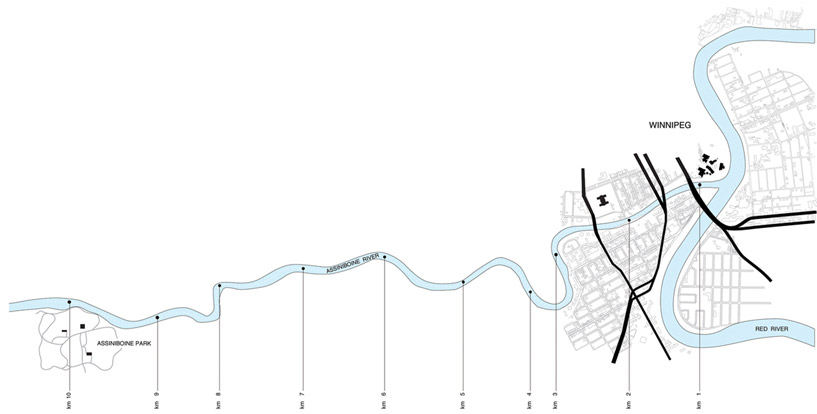 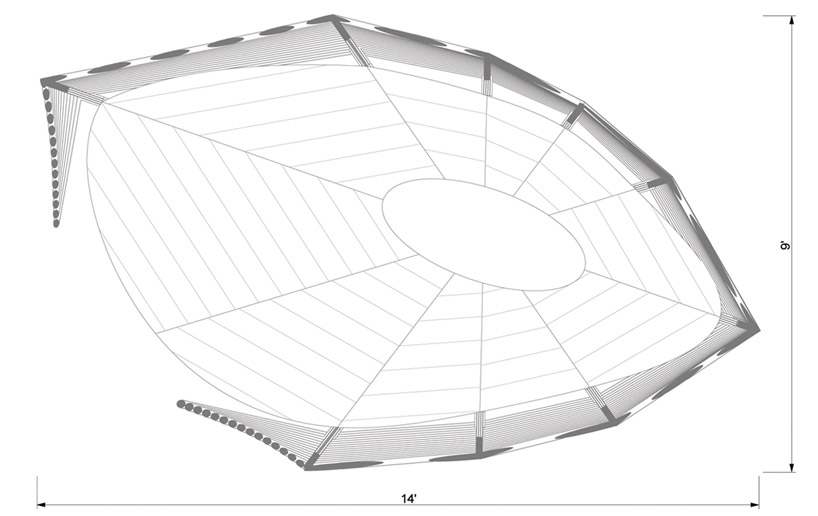 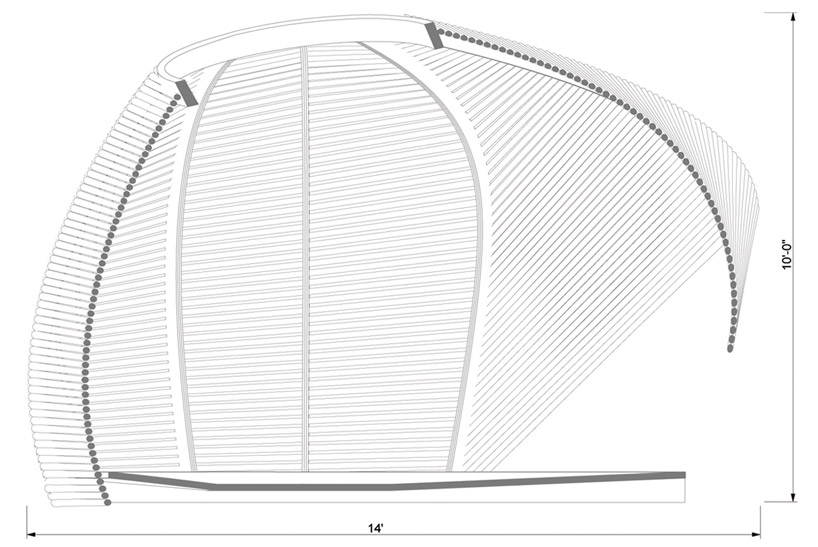 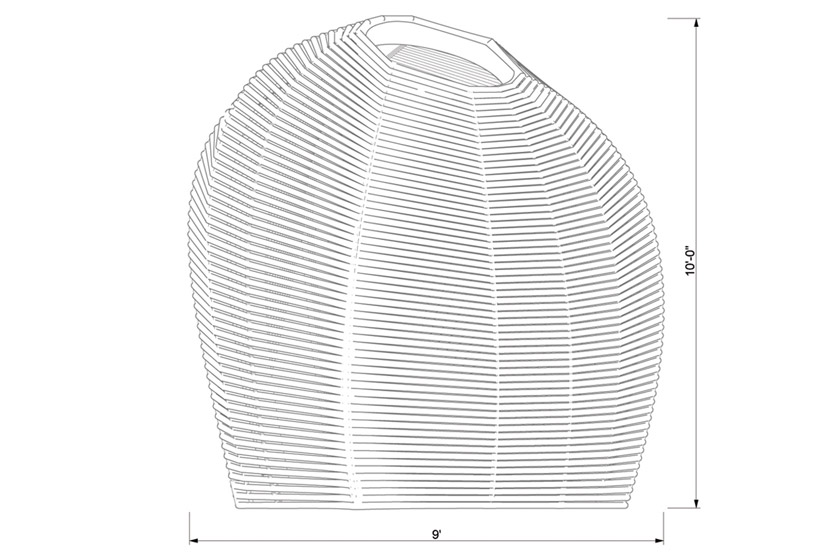