KGP design studio has seen completion of ‘union station bicycle transit center’, a proposal that was initially launched by the district of columbia’s department of transportation.

the facility which is located outside of washington’s union station is designed to be a highly visible catalyst in the promotion of bicycle use. the enclosure is strategically placed between two turn-of-the-century landmarks – union station and the post office – to meet the needs of thousands of tourists and commuters who pass through the transportation hub on a daily basis. 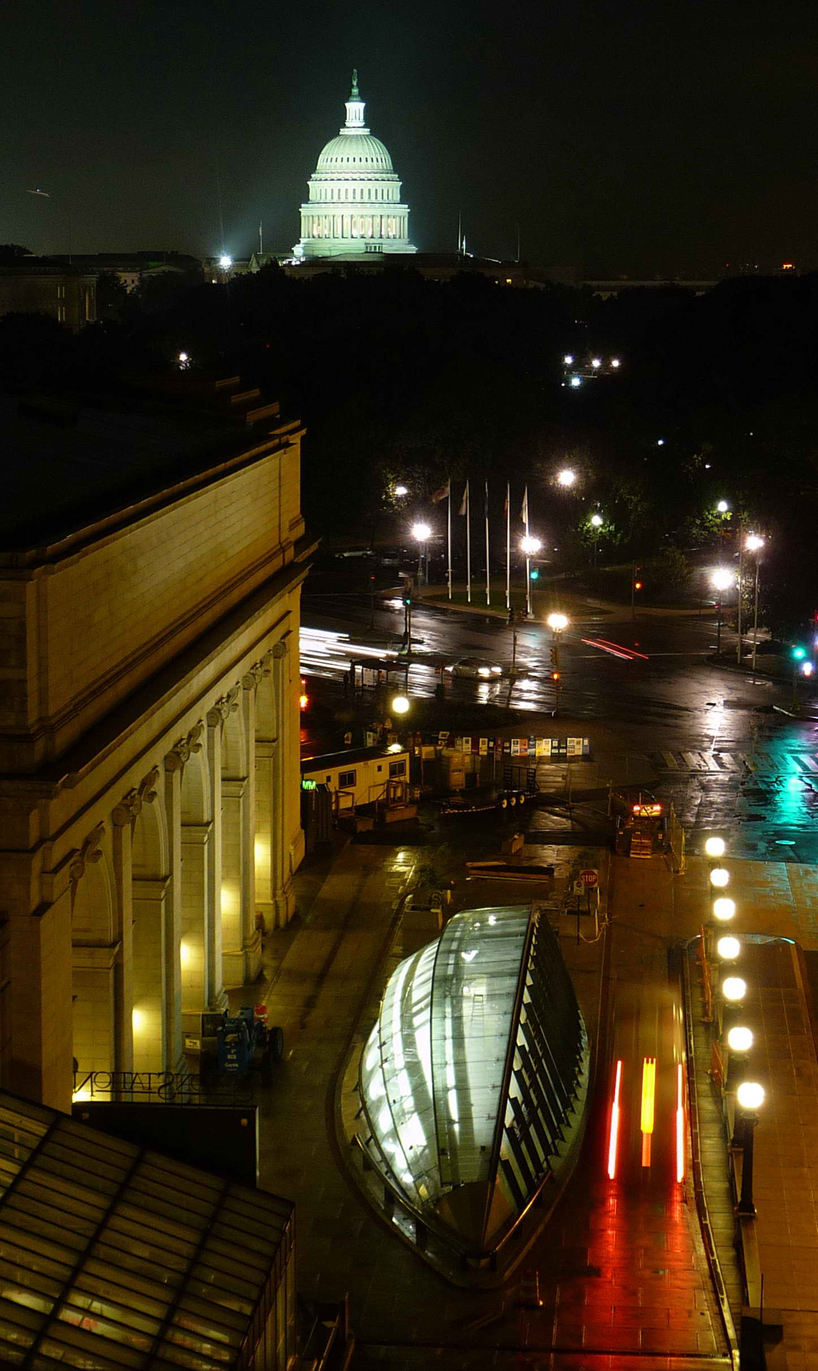 offsetting the verticality of the train station is a gently rising ovular form that defines and delineates the buildings mass. sight lines flow over the structure so as not to intrude upon the beaux-arts aesthetic of the surrounding infrastructure. 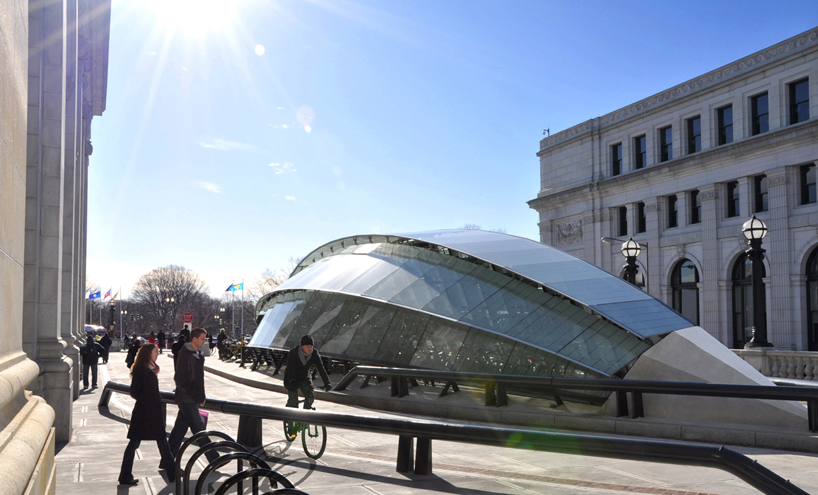 view from the plaza

echoing the simplified aesthetic and engineering of a bicycle wheel, the structure implements arched steel tubes that are supported by a series of ‘spokes’ or stainless steel tie rods. the ‘rim’ in pure compression, balanced and stabilized by the ‘spokes’ in pure tension, creates an efficient structure composed of glass and steel. spanning the length of the structure are longitudinal steel pipes. transverse tension members wrap them and carry the loads to the perimeter of the slab. inherently stable, the woven louvre-like facade provides an open and flexible space. 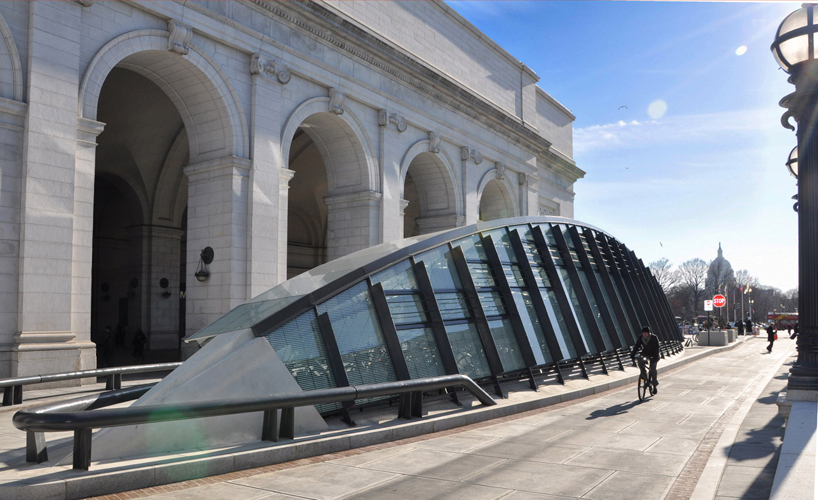 transparent and partially open panels veil the structure, allowing cross ventilation to moderate the interior temperature when appropriate. during extreme weather conditions, the unit can be enclosed and heated or cooled mechanically.

further emphasizing the environmental advantages of the building is a rainwater collection system that uses a portion of run off water from the bike station as well as the plaza to water nearby plant beds. 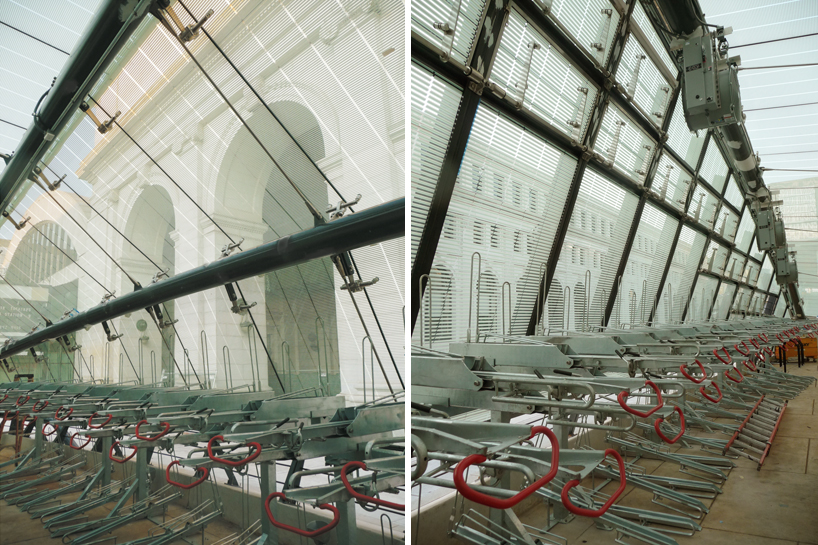 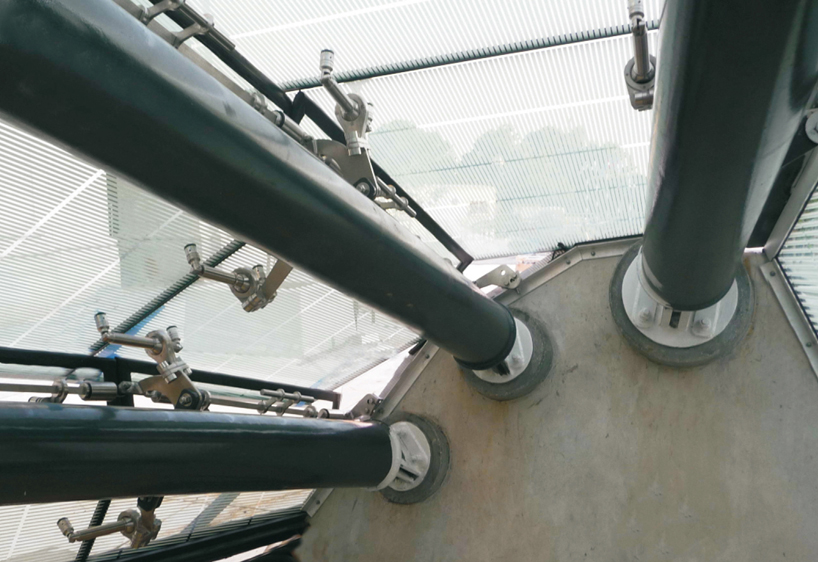 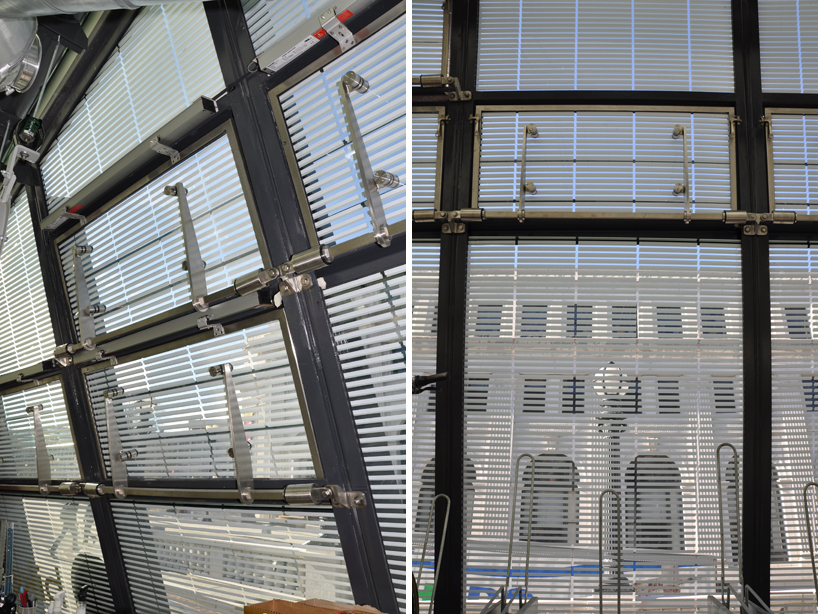 detail of structure and cladding 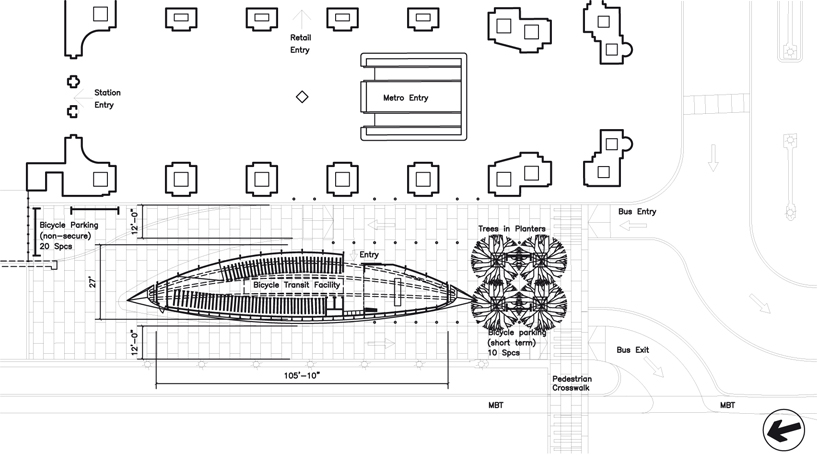 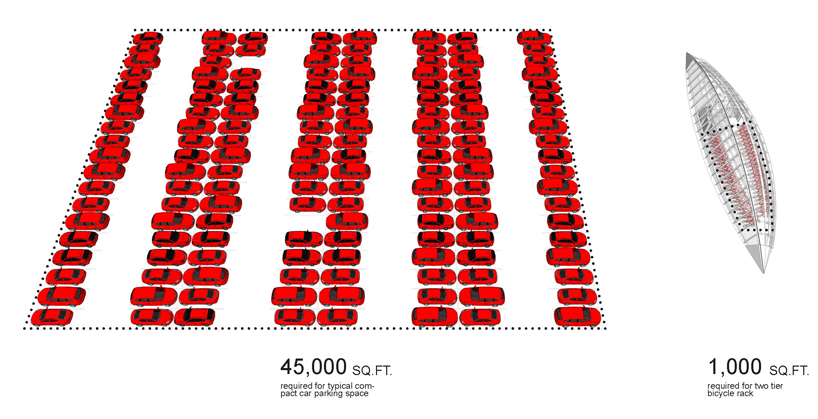 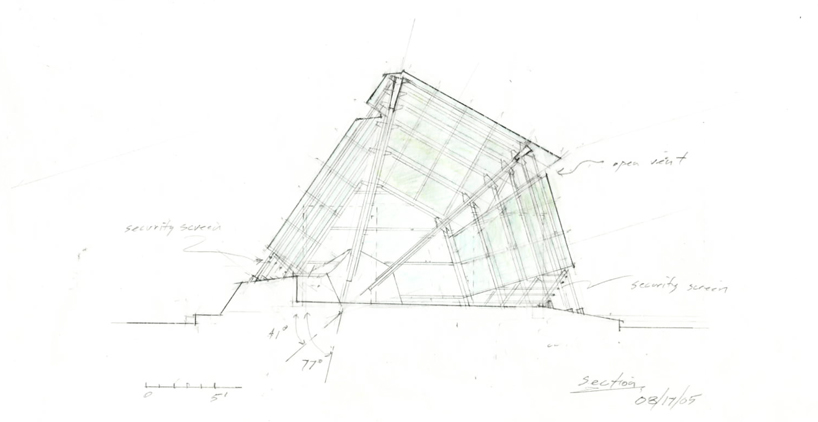