later this year, a major exhibition exploring the work of architect sigurd lewerentz will open in stockholm. referred to by many as sweden’s most revered architect, lewerentz completed a number of hugely significant projects in his home country up until his death in 1975. regarded as an enigmatic figure in the modern history of architecture, lewerentz rarely spoke publicly or published, but his influence is now acknowledged by a generation of the world’s leading architects.

set to open at ArkDes — sweden’s national center for architecture and design — in october 2021, ‘sigurd lewerentz: architect of death and life’ is billed as the first ever comprehensive exhibition of the life and work of the swedish architect. to be designed by caruso st. john architects, the exhibition will accompanied with a comprehensive biography containing 700 pages of drawings, photographs, and models, plus excerpts from lewerentz’s personal archive and library.

to learn more about the highly anticipated project, designboom spoke with its curator, and ArkDes director, kieran long. 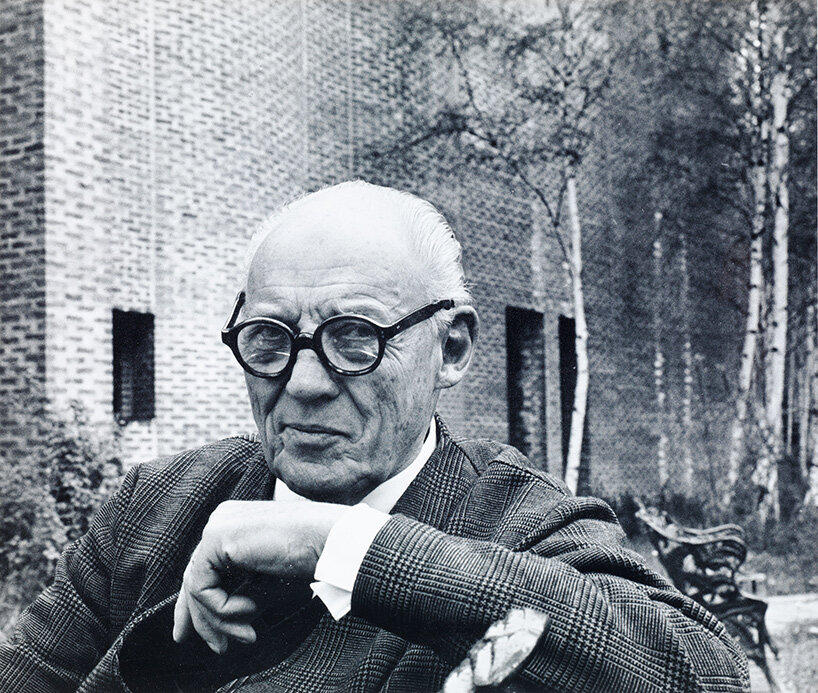 the exhibition is the result of more than four years of research, with curator kieran long beginning the ambitious project soon after being appointed director of ArkDes in 2017. however, despite the museum’s huge archive of material, putting together the first comprehensive exhibition about an architect who passed away in 1975 wasn’t without its challenges. many of the people who knew lewerentz best had passed away, meaning that first hand accounts of his personality and working habits were hard to come by. 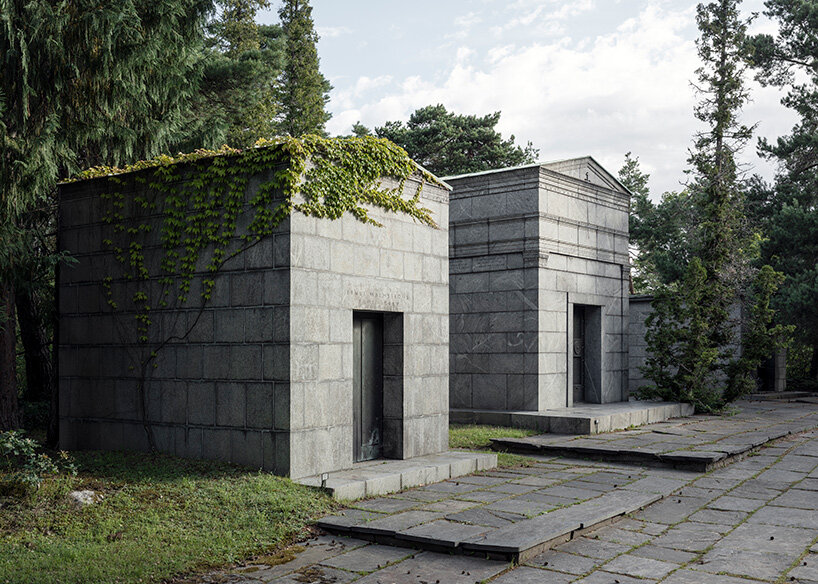 ‘I think what we do have the advantage of is new ways of sharing history, and new ways of looking at architecture,’ kieran long tells designboom over zoom. ‘I think our aim is to say to ourselves: lewerentz’s work is so extraordinary and worthy of attention, but this is a field at a time in history where we can’t just reproduce our narratives about what architecture means. so how can we use this project to not reproduce a kind of heroic narrative, but to show his full character and timeline of his career, and tell a new story and open it up in a way for a new generation of people to appreciate the work and make their own conclusions?’ 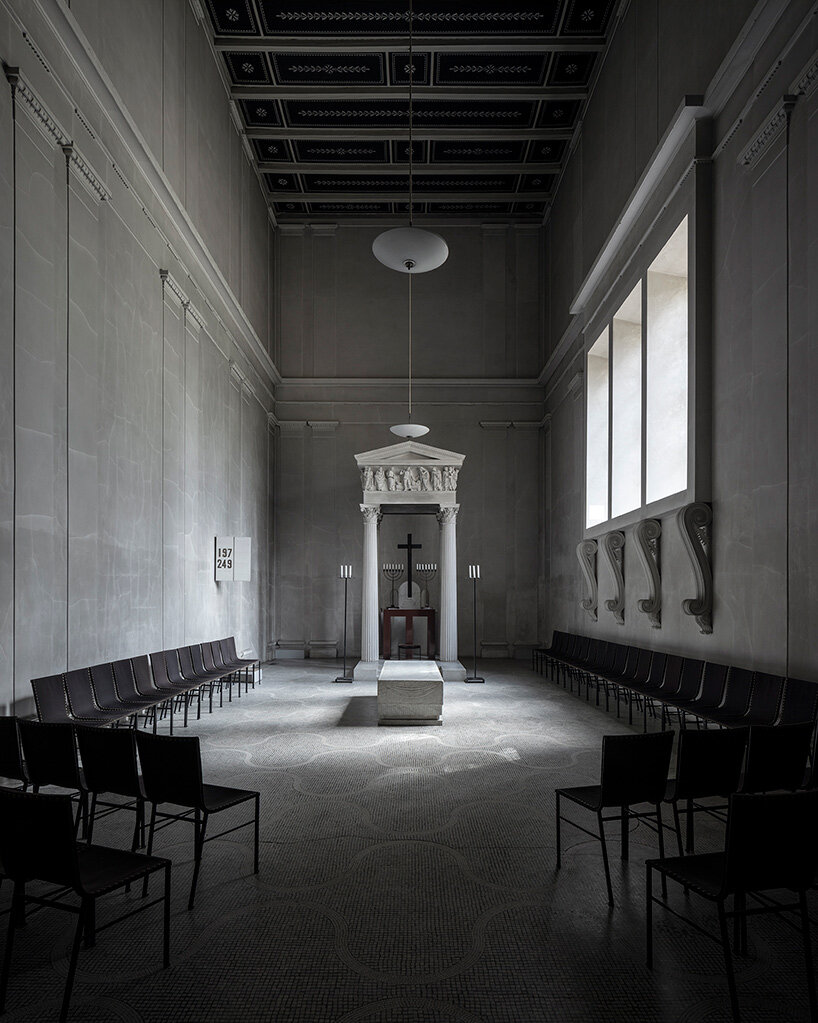 the exhibition received somewhat of a preview at the 2018 venice architecture biennale, where long and his team highlighted three specific elements of three of lewerentz’s most famous buildings. ‘we knew that in venice you have this very knowledgeable crowd, so we had the freedom to not tell the full story,’ long explains. ‘we wanted to make it a contemporary exhibition — something that showed that we had the collection, and that we were working on it. now the challenge is to tell the full story with over 600 objects and a 700 page book, and to open it to a more general audience that puts lewerentz not only in his architectural context, but in his artistic and cultural context. that’s the aim of this project.’ the majority of the objects in the exhibition will be drawn from ArkDes’ own collection, which will be shown alongside unknown or never previously exhibited objects that have recently been discovered. ‘as an architecture museum, I don’t know many other projects of this scale, in terms of research projects on an individual architect,’ says kieran long, who adds that the team is now coming to the end of compiling the book, which is being designed by malmsten hellberg. ‘it’s a full literary account of him, his life and work. through that you see stockholm, and sweden, and part of architecture history which isn’t in a normal narrative.’ 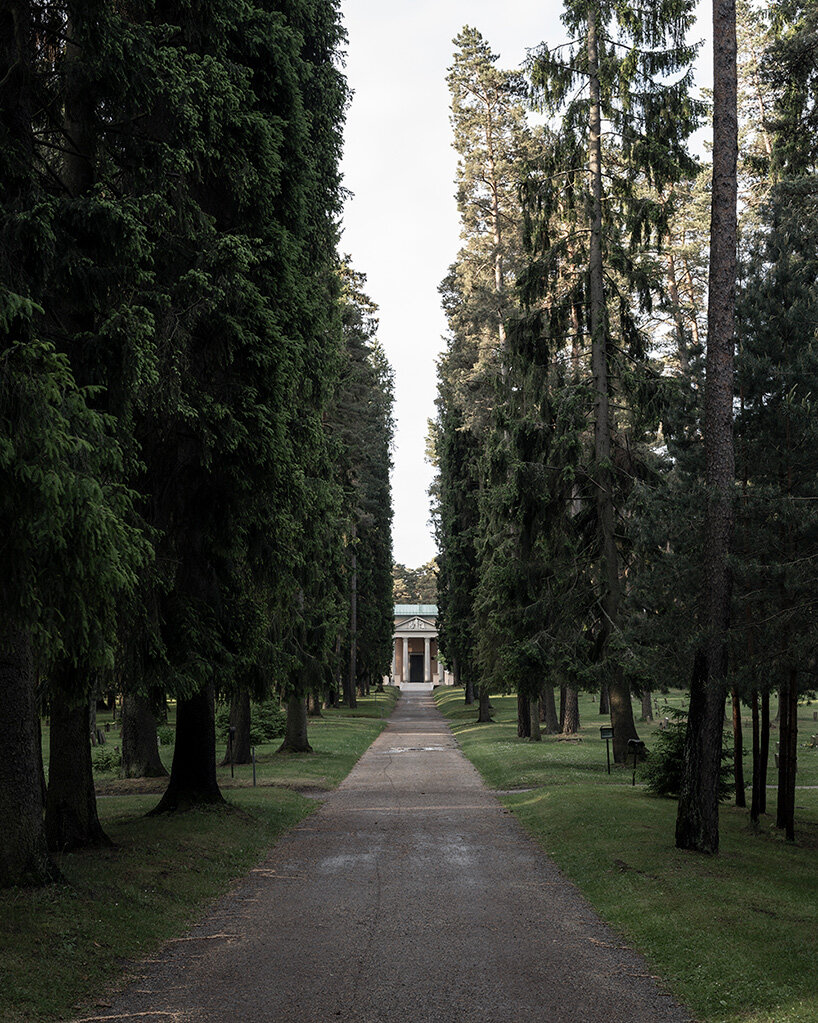 the exhibition will cover the full range of lewerentz’s work, including the woodland cemetery in south stockholm, designed with gunnar asplund (1935-40), where many notable swedish writers, musicians, and actors are buried, and his two late masterpieces: st mark’s church, in bjorkhagen, dedicated in 1960; and st peter’s church, in klippan, a town north of malmo, completed in 1966. the show will include a range of drawings of these famous buildings, but also objects that show how lewerentz’s collaborations with artists and theologians made buildings that were deeply literate and inventive about lutheran traditions. 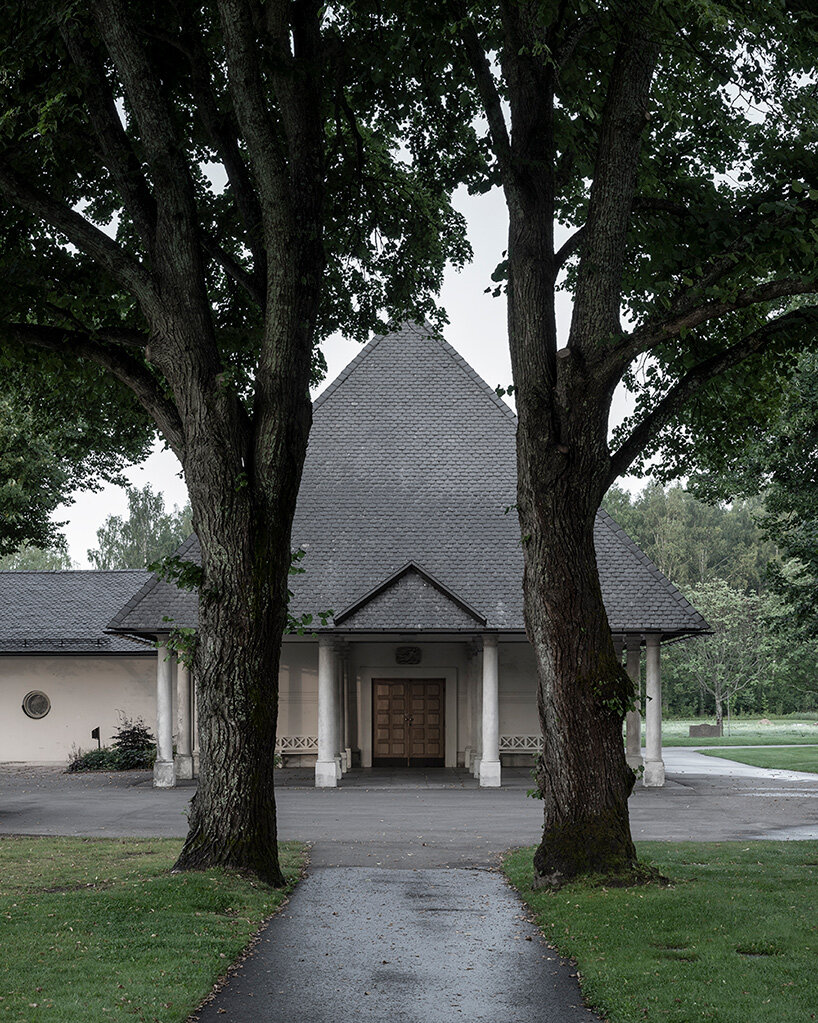 long explains that the show will not just explore lewerentz’s work, but also his approach to life and what makes it worth living. ‘modernism, especially in northern europe, maybe around the world, became — especially in the second half of the 20th century — associated with solving problems, solving society’s problems,’ the curator tells designboom. ‘much of that work is so admirable, extraordinarily generous, decent buildings, made with with good values in mind, but lewerentz was interested in something else. he was interested in, to sum it up — what does that leave out? it leaves out shopping, it leaves out music, it leaves out death, and god and spirituality, and it leaves out all of the things that, high and low, make life worth living. modernism lost sight of that, but lewerentz never did.’ 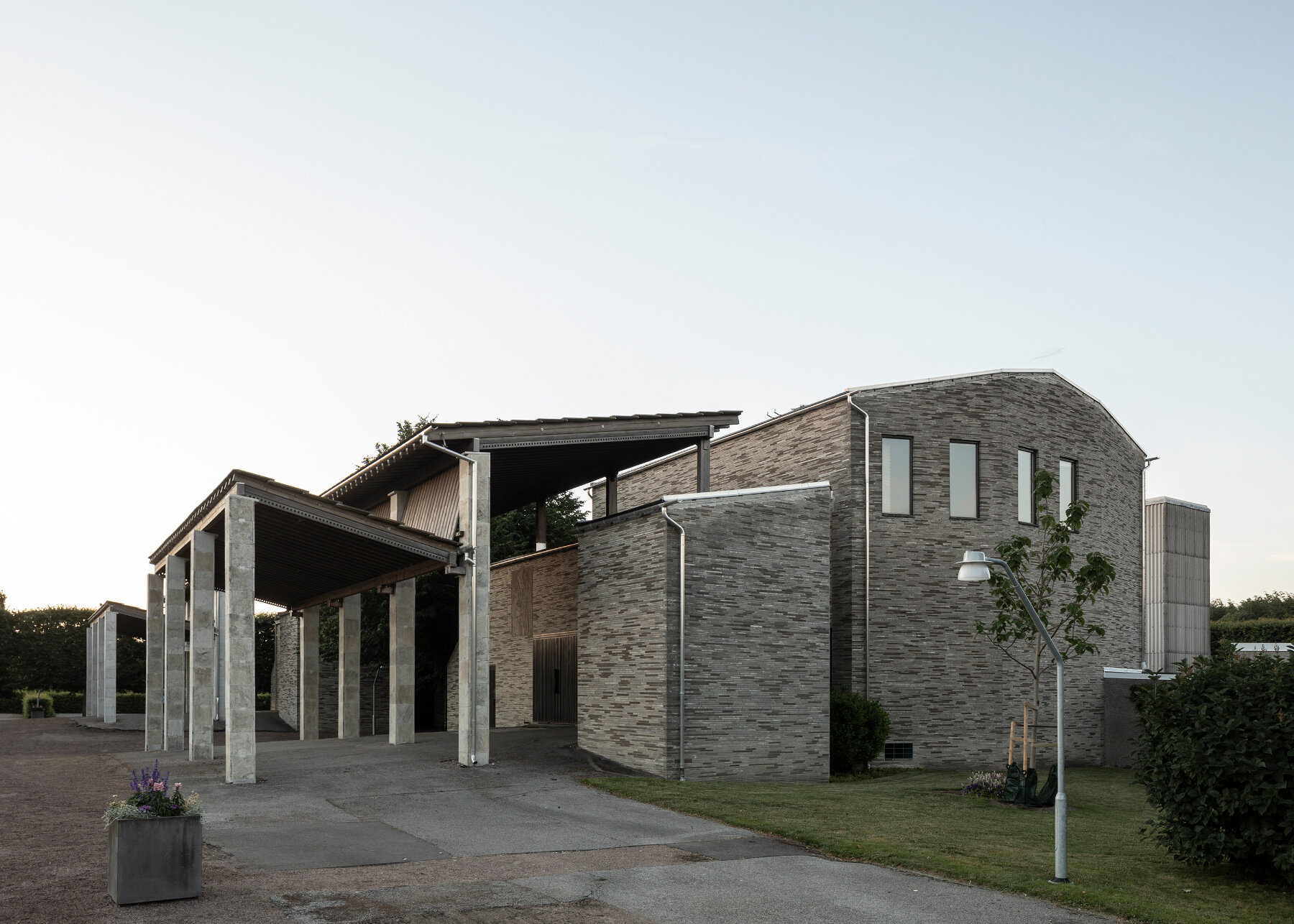 ‘the title of our exhibition, ‘architect of death and life’, is trying to say — yes, you know him for his great buildings of powerful spirituality and powerful existential meaning, both graveyards and churches, but he also had this other life where he was building the modern metropolis,’ continues kieran long. ‘there’s a whole world that orthodox modernism missed out, especially in northern europe, so we’re trying to frame him as an architect of extreme brilliance across a range of building types and tasks, but also one who was a bit in resistance to the modernist project, a bit of creative renegade who saw why shopping was important, and why death, life, and spirituality were important.’ 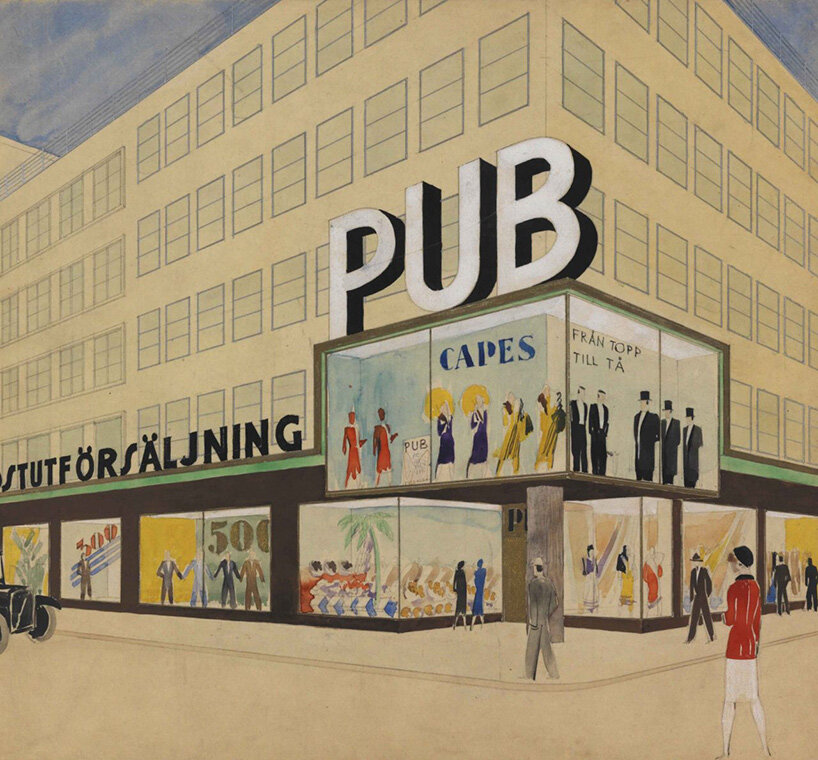 proposal for the extension of the PUB department store, pencil and watercolor on trace, ca. 1932

however, lewerentz’s spiritual side ran in parallel with his serious and taciturn demeanor. described as a tough and intellectual figure who didn’t say much, but demanded a lot, lewerentz was deeply interested in every area of culture and studied architecture from china, north africa, and beyond. ‘he created, in a way, a reference library, not just of books, but also postcards and clipped out things from papers and magazines, just like a little personal internet of references, which we have in the museum,’ long describes. ‘much of which is quite difficult to exhibit, but what you see is his range of interest. he was serious, and worked very hard and was unbelievably productive. every single task he took on, he tackled with extreme seriousness in mind.’ 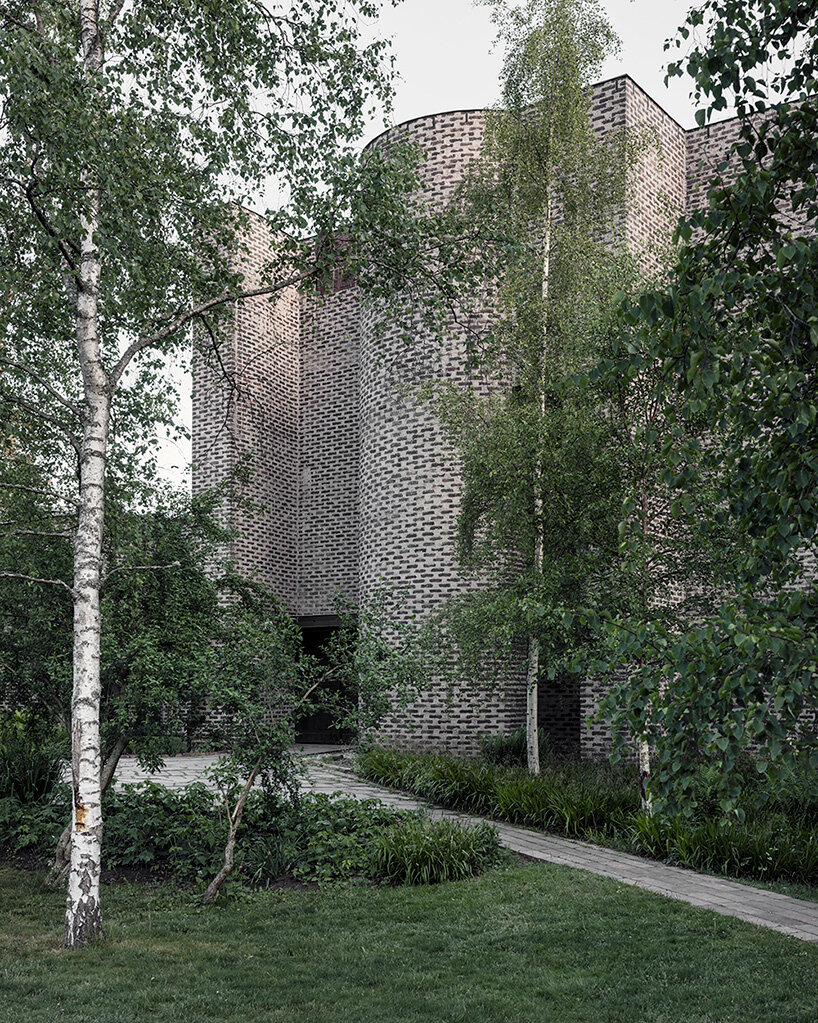 long highlights the renewed interest in modernist architects, such as lina bo bardi and charlotte perriand, that may have gone slightly under the radar. ‘I would say there’s a certain desire around the world in saying: how do we break down the old canon of modernist heroes? I would say lewerentz is one of those kind of characters. deeply important in sweden, deeply important to those who know about him, but not somebody who made manifestos and not somebody who went around the world marketing himself. it’s up to us to bring out the meaning of that work. we want to make an exhibition, and a book, and a project that is accessible in different ways — not just for us, but for the public.’

‘sigurd lewerentz: architect of death and life’ is scheduled to open in october 2021, remaining on view at ArkDes until early 2022. 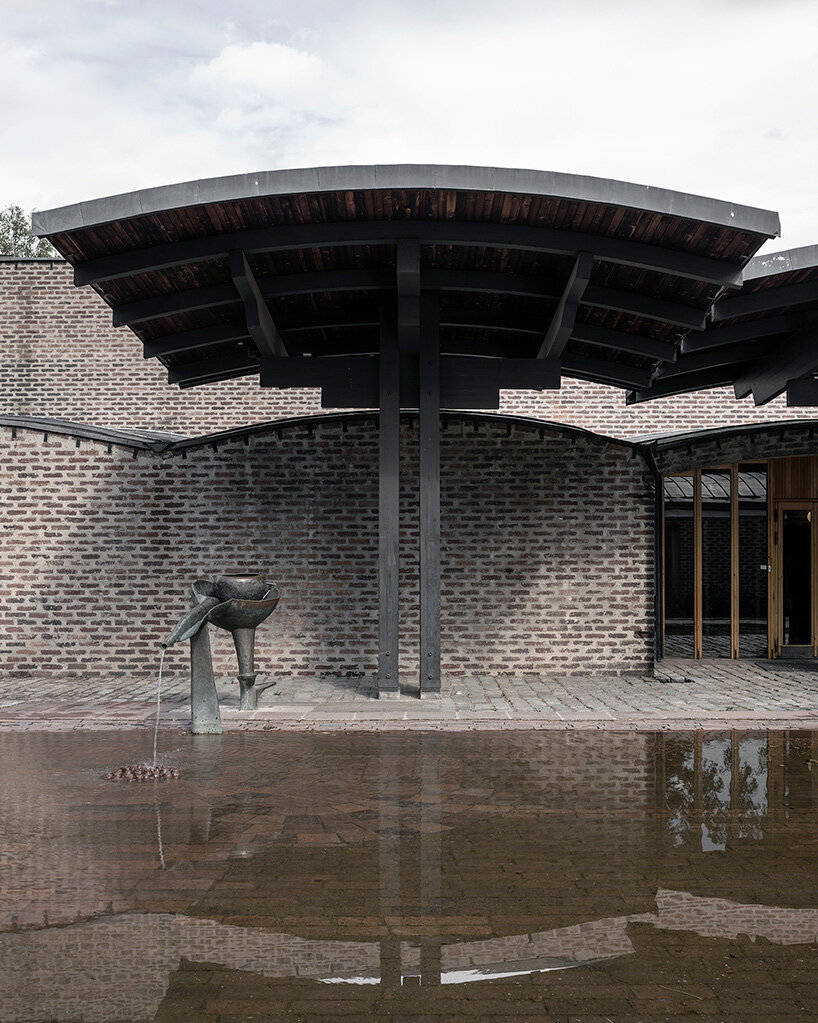 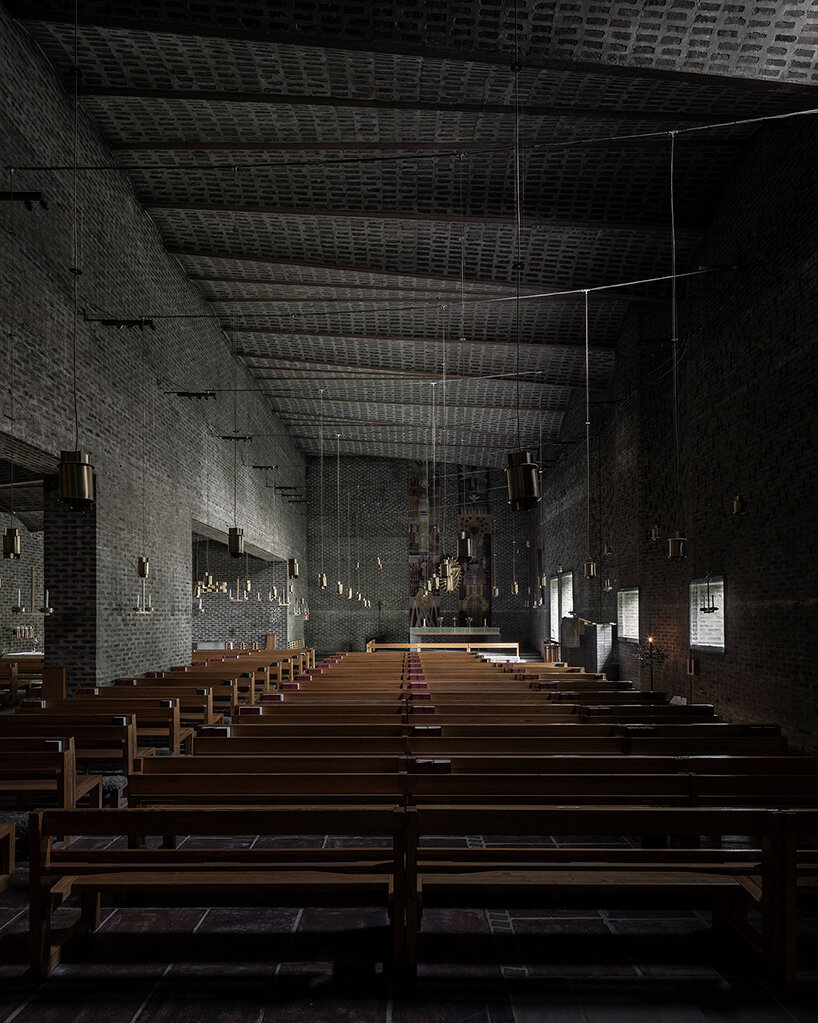 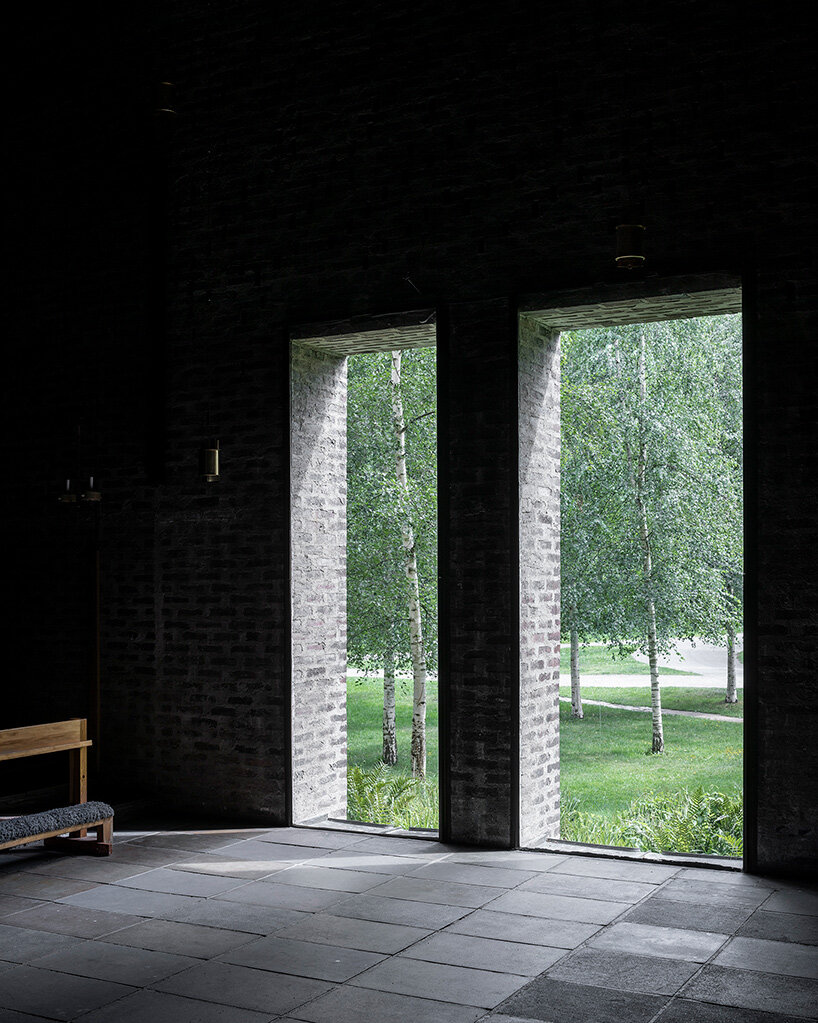 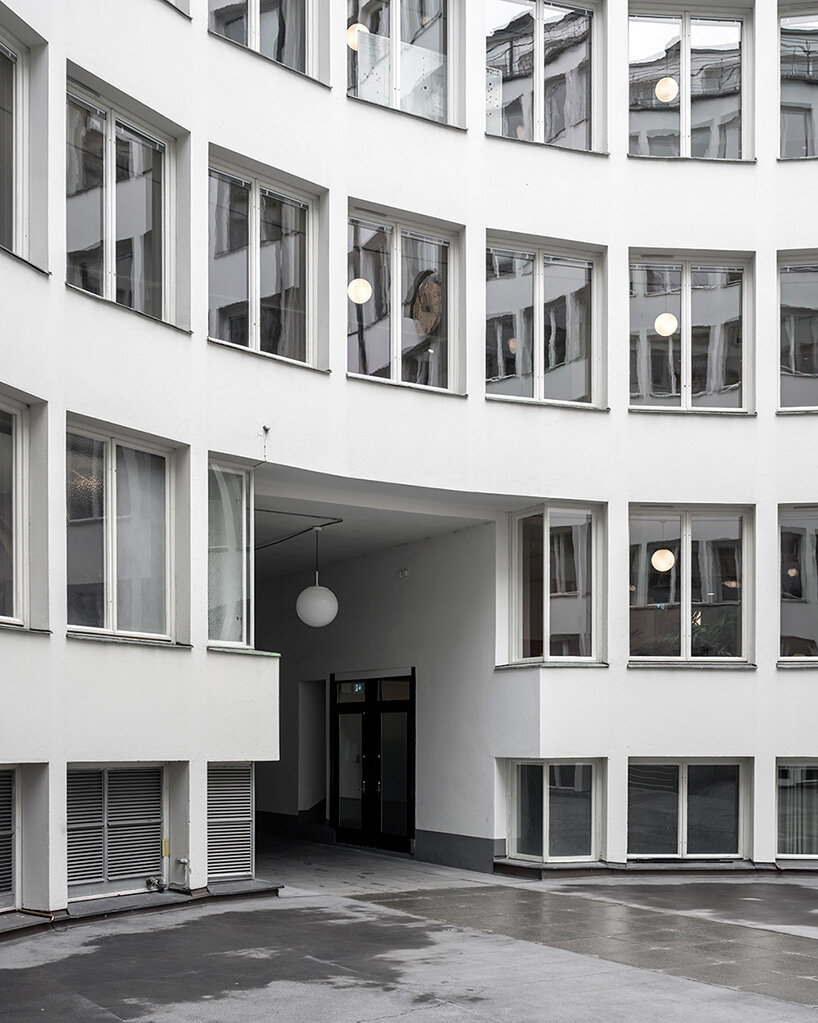 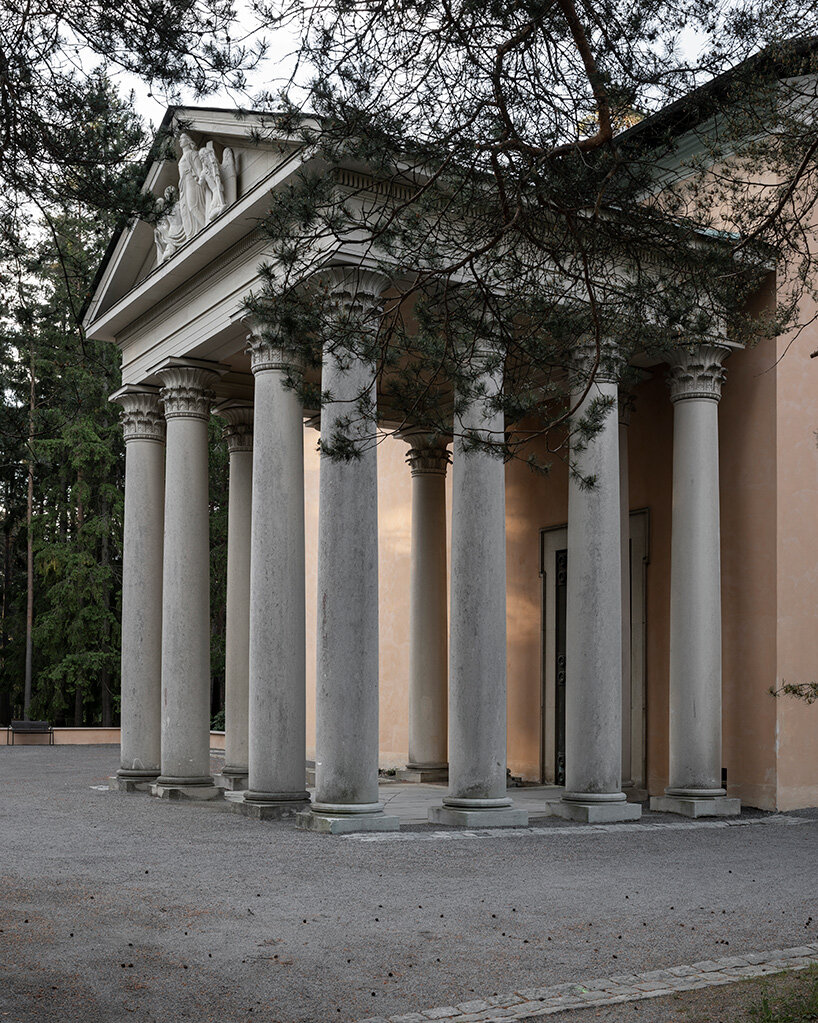 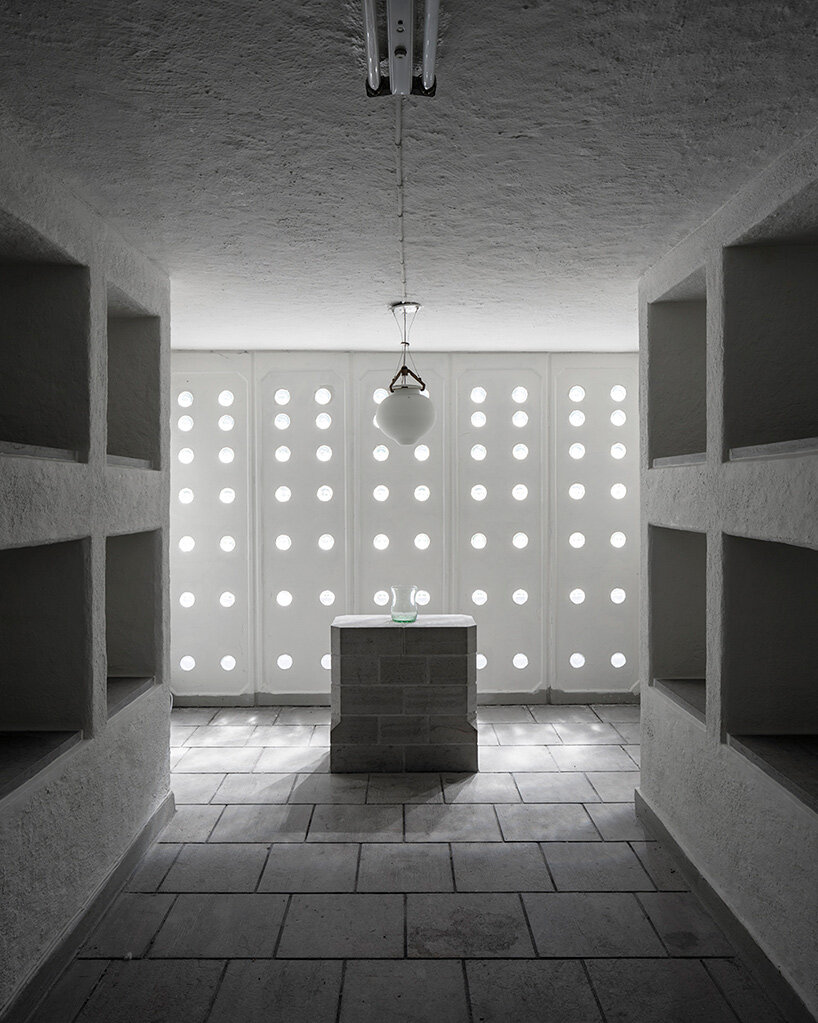 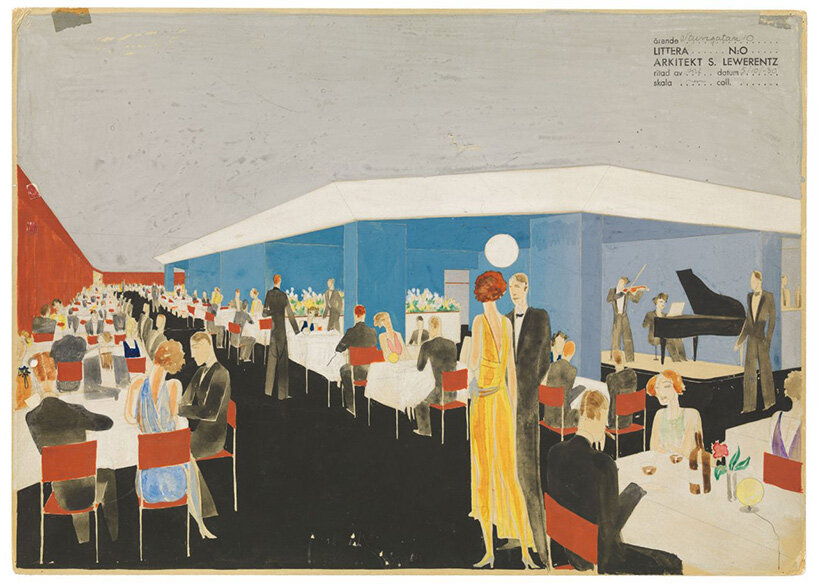 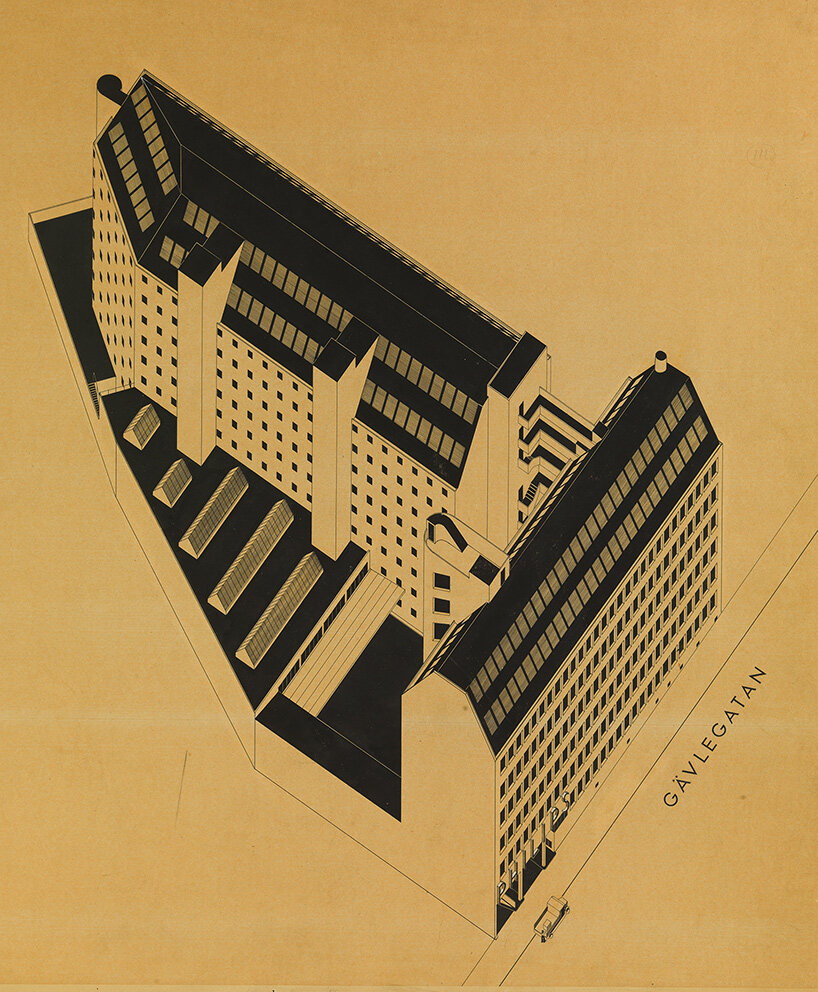