Swarming with overpopulation and plagued by an absolute lack of green spaces, the rapidly industrialized city of Seoul is suffering from intense carbon emissions — and according to a Seoul Metropolitan Government survey, most of these emissions originate from buildings concentrated in the heart of the capital. In response to those facts, local practice Kim Min Jae Architects has proposed the ‘Seoul Loop’, a super-structure powered by artificial photosynthesis to pump oxygen into the congested city. 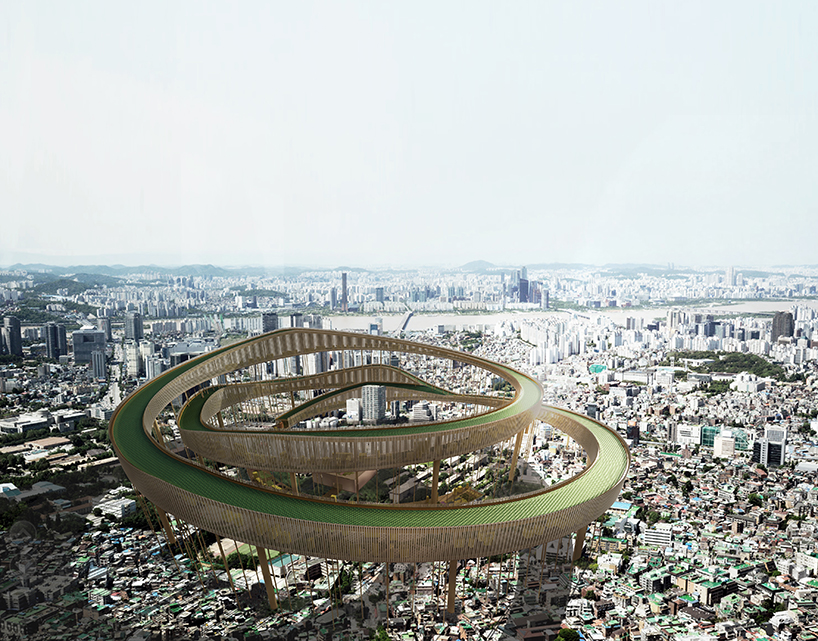 Explaining his approach, Min Jae shares: ‘Artificial photosynthesis is a chemical process that biomimics the natural process of photosynthesis to convert sunlight, water, and carbon dioxide into carbohydrates and oxygen. Compared to natural photosynthesis, artificial processes produce oxygen, high-value compounds, and hydrogen. Thus, oxygen can be supplied directly to the city, and the rest of the products can be stored as added value.’ 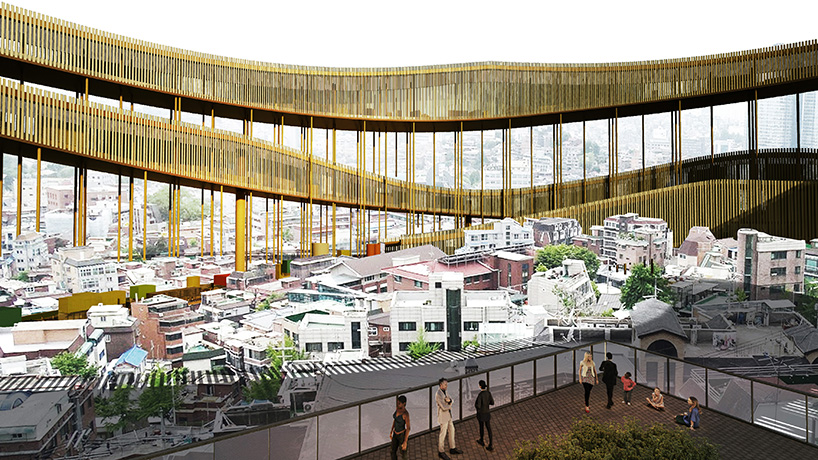 A mass timber structure is applied to the entire ‘Seoul Loop’ as an environmentally friendly substitute for carbon-intensive materials. The roof features artificial photosynthetic equipment and photosynthetic panels. Oxygen, hydrogen, and high-value compounds generated at this level get collected and stored in a container at the roof edge. Meanwhile, oxygen moves in a pipe within the facade and gets released into the city. Inside the building is a vase for growing plants and small facilities where natural photosynthesis, cultivation, sale, and storage of green plants can occur. 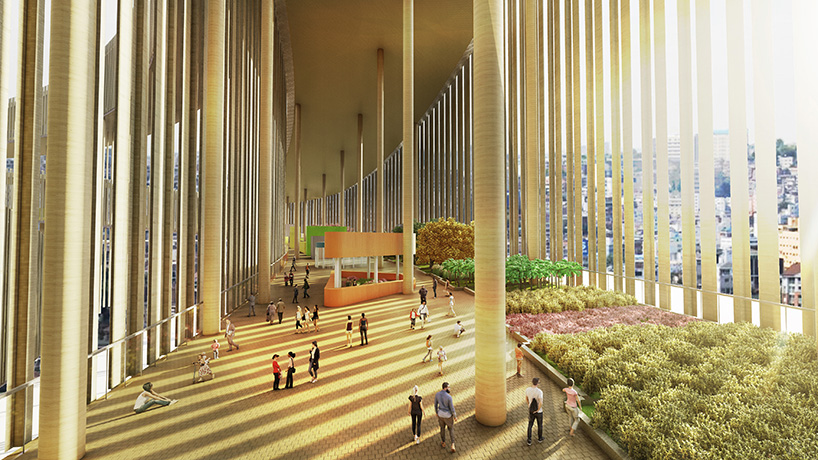 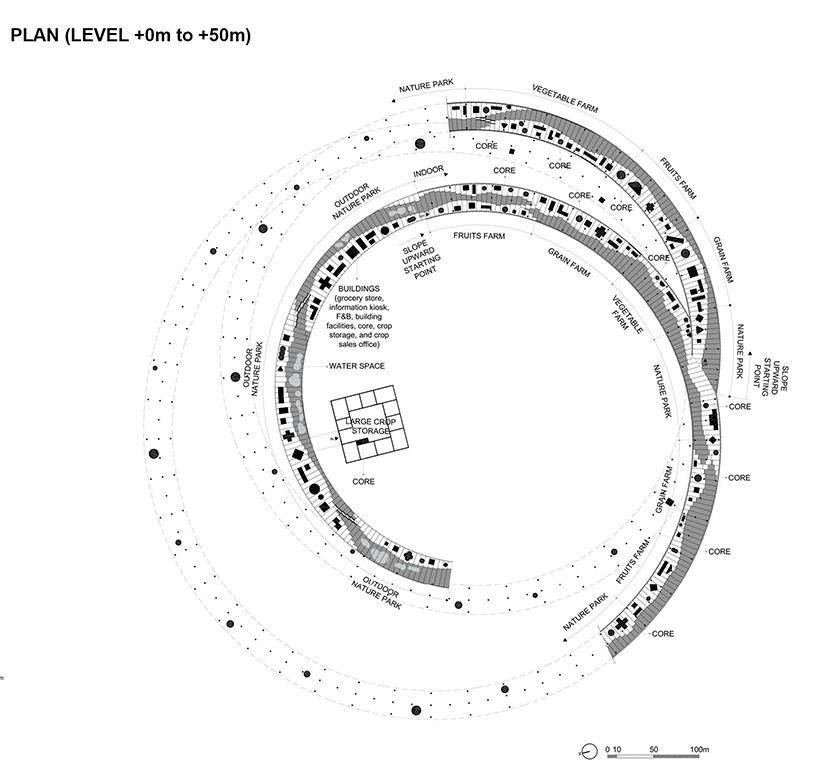 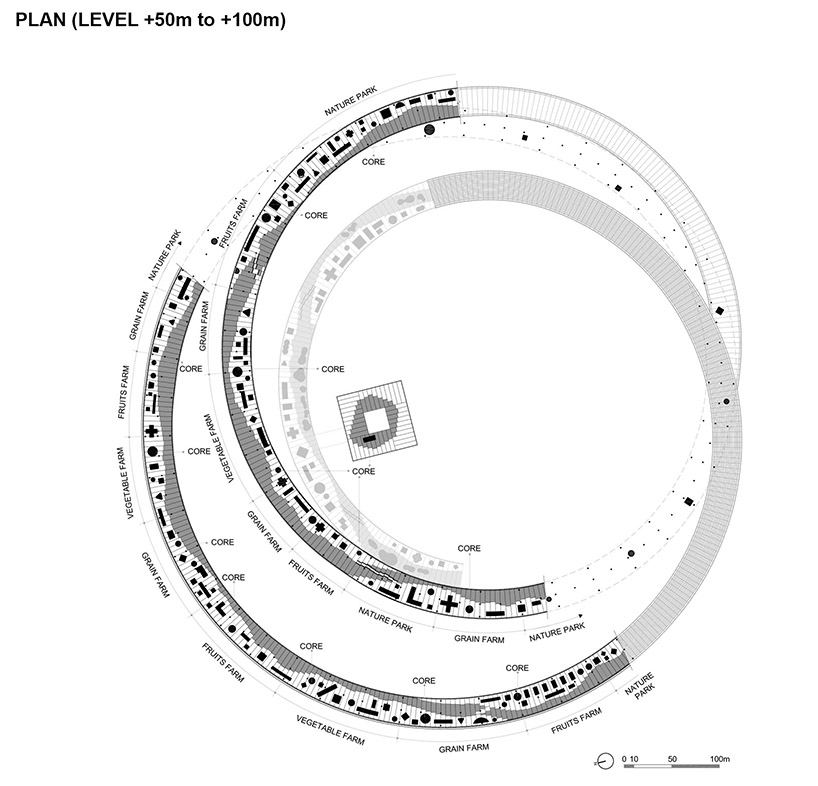 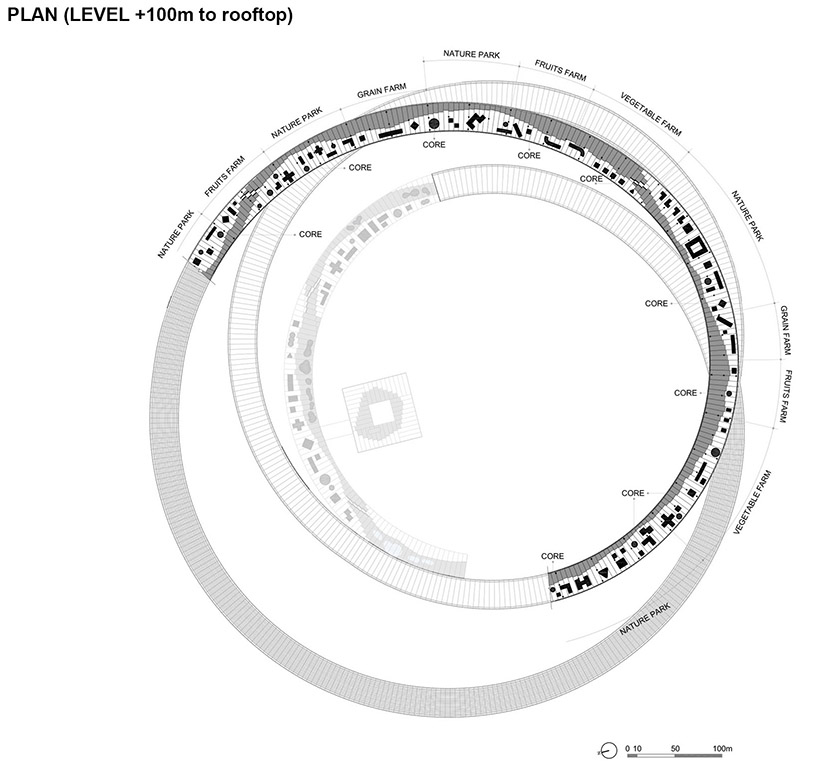 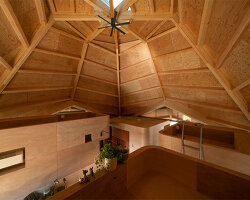 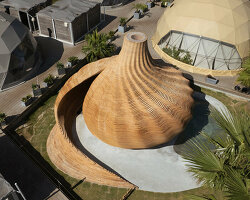