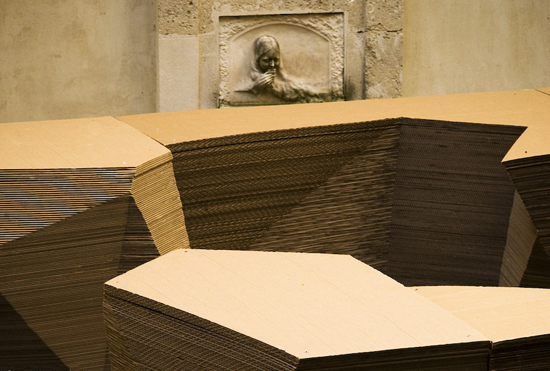 the ‘artificial landscape’ has been cut to resemble the hard angular edges of natural crystal growth which occurs in caves, while the stacks of cardboard are a ‘man made’ representation of the natural layered aesthetic that strata stone has.

designboom previously featured this project as part of the 4th festival of lively architecture in montepellier, france where the artificial passageway was installed inside the city’s industrial tribunal over an area of 60 m2. 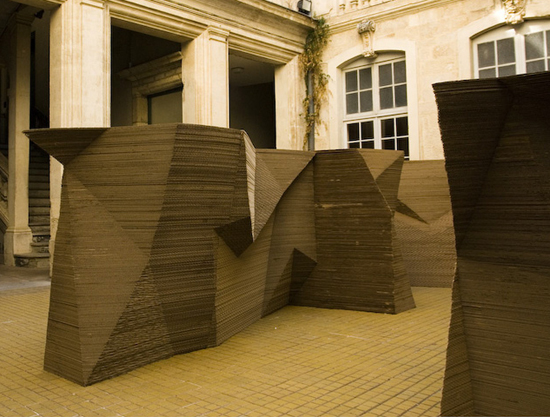 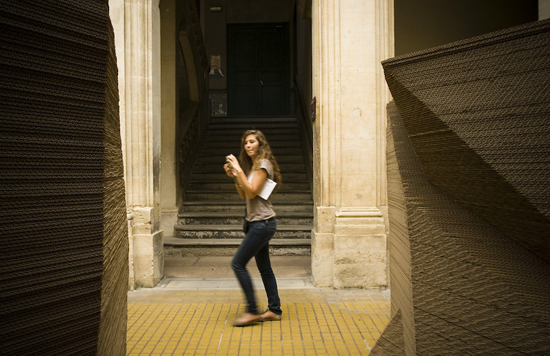 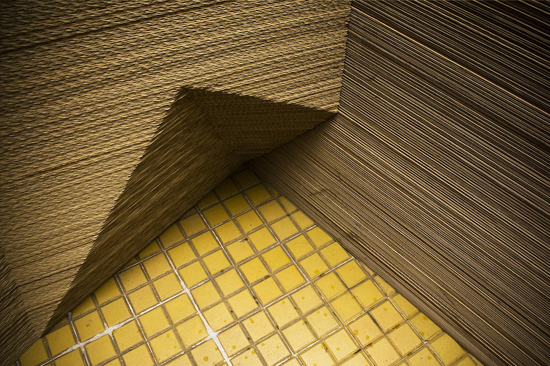 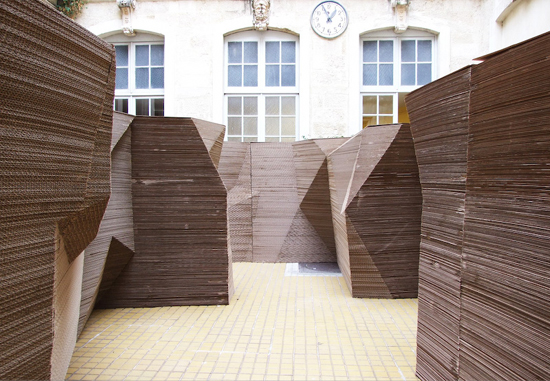 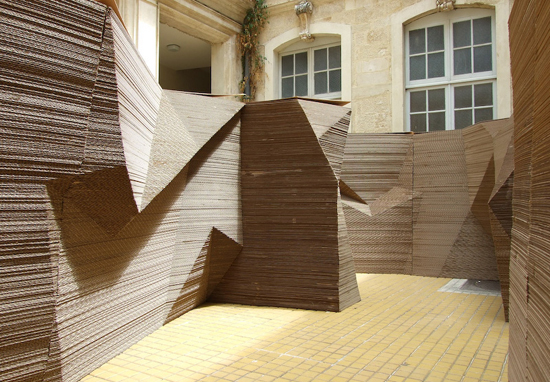 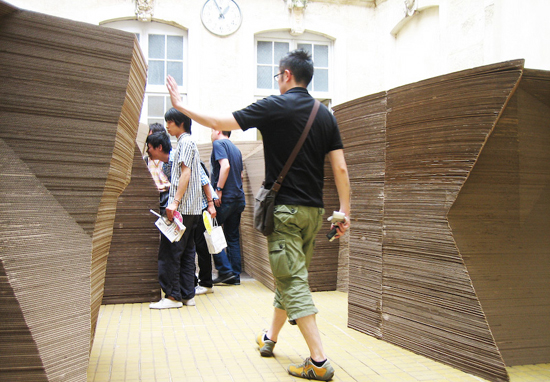 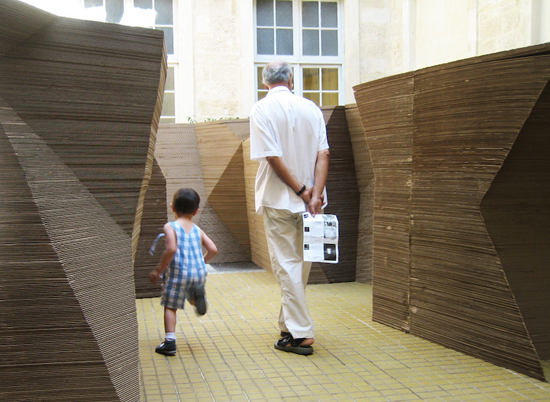 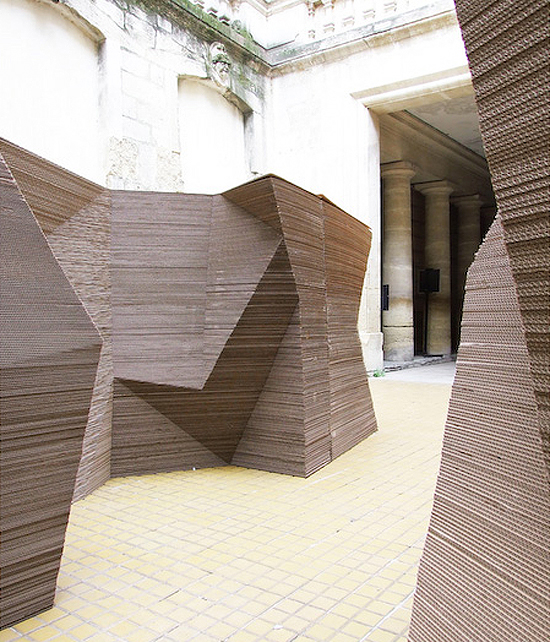 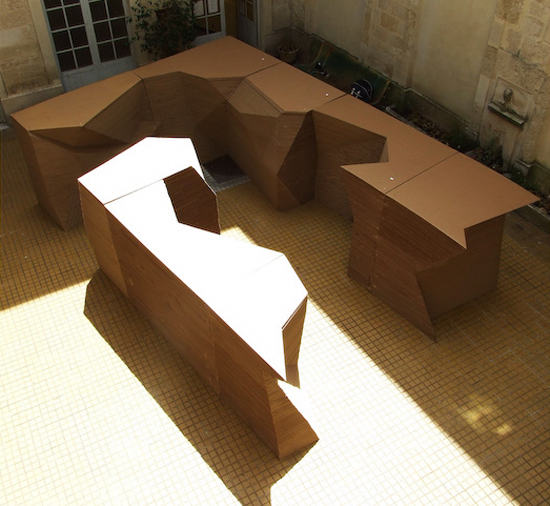 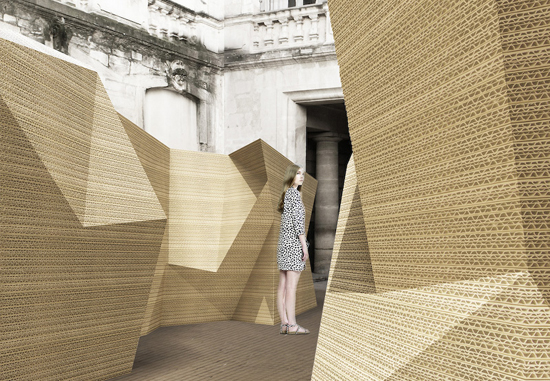 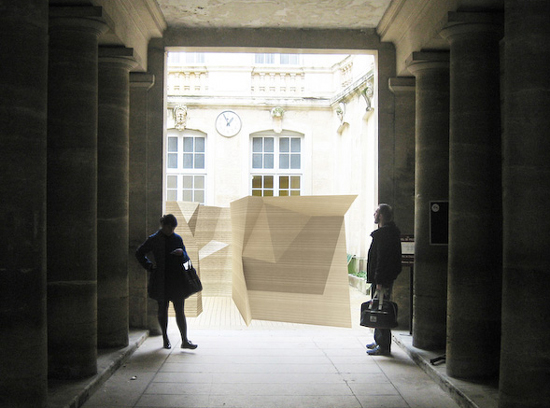 images of the strata stone which influenced the installation’s form

images of natural crystal formations which influenced the installation’s form 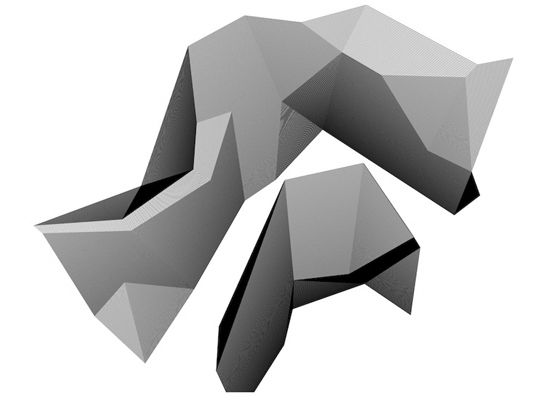 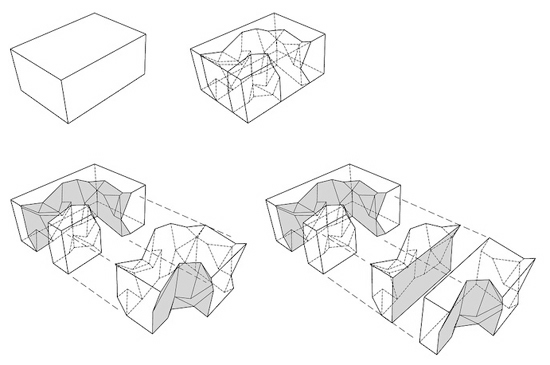 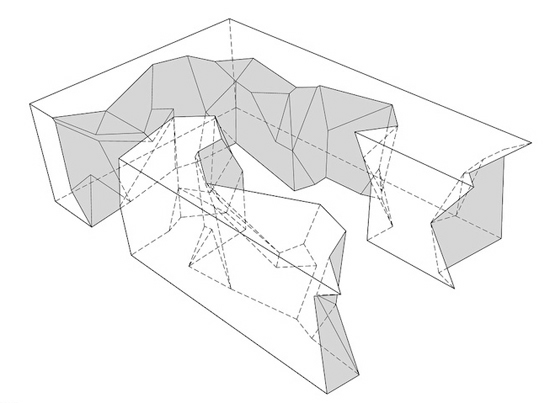 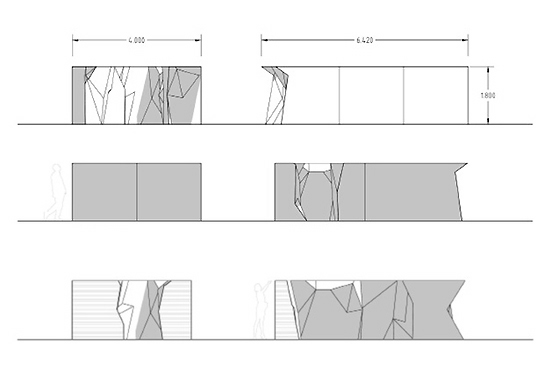 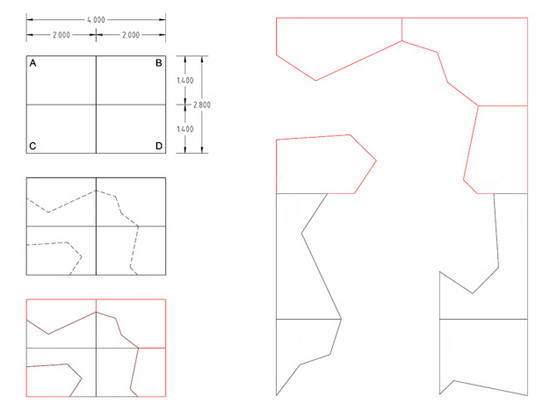 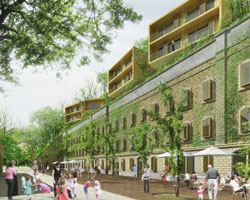