the main idea of klab architecture’s ‘thanopoulos supermarkets’ project is to change the notion today’s greek supermarkets  — average big boxes with long alleys of products. the design has been resolved as an interpretation of an urban marketplace with many different shops, while deriving from the traditional image of a house at the same time — multiple white gabled-roof volumes sit on a wooden base, while the interiors are covered with OSB panels.

each department in klab architecture’s supermarket has got its own identity and custom-made furniture developed by the architects. ceiling height was not sufficient for false ceiling so the team has created a simple structure of vertical acrylic lines that were illuminated in between by fluorescent lamps. this allowed for a gradient almost luminescent ceiling with OSB as background.

‘we believe that designing a façade, we have to tell a story’, explain the architects. ‘our memories from this area are full of plane trees and old big houses with pitched roofs. with this in mind, we have created a second skin from perforated aluminum which mimics the context and matches the food market concept.’ the perforation pattern comes from an image of the trees in kifisia — the elegant leaves of different sizes are cut using a laser. 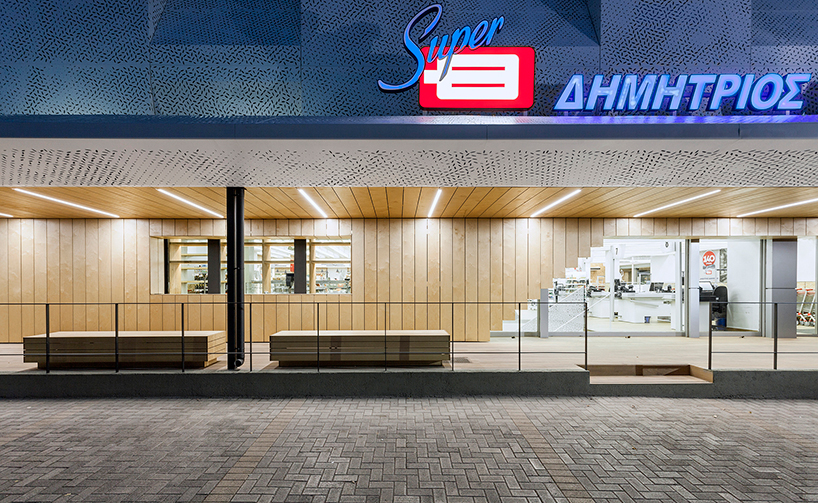 as the supermarket has two different façades at two streets interrupted by the volume of a neoclassical building, the architects have developed a different strategy for the second façade. a big metallic canopy has been introduced in order to create shadow both for the pedestrians entering the store and also for the cars being parked underneath. the canopy features a slope creating a dialogue with the adjacent buildings and also with the façade of the supermarket on the other street. 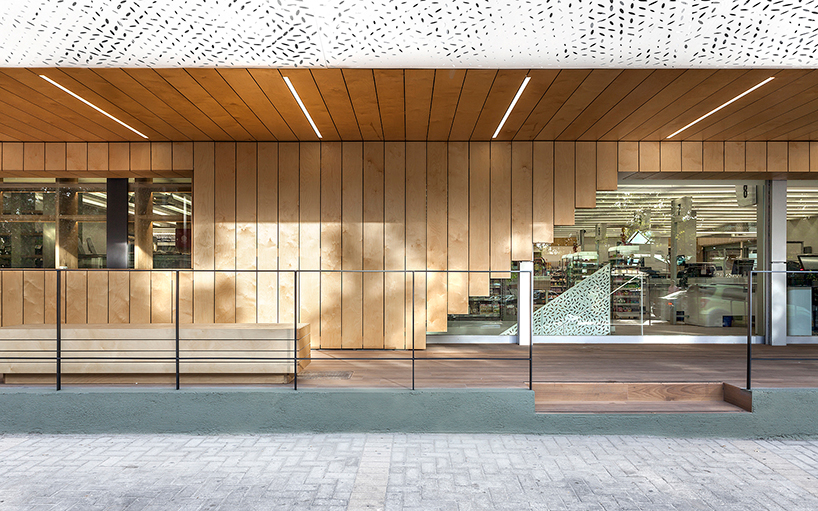 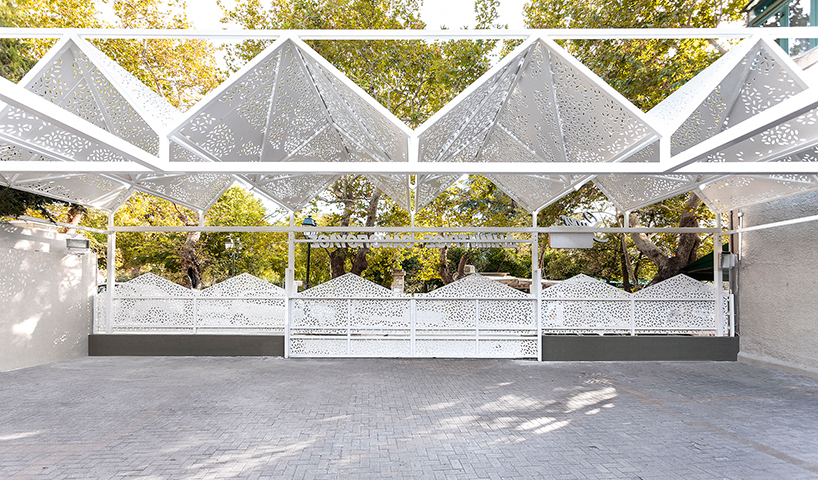 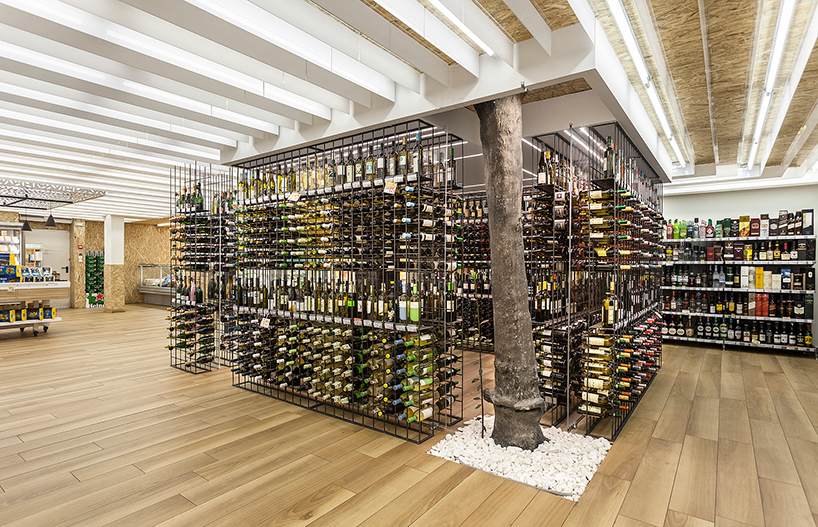 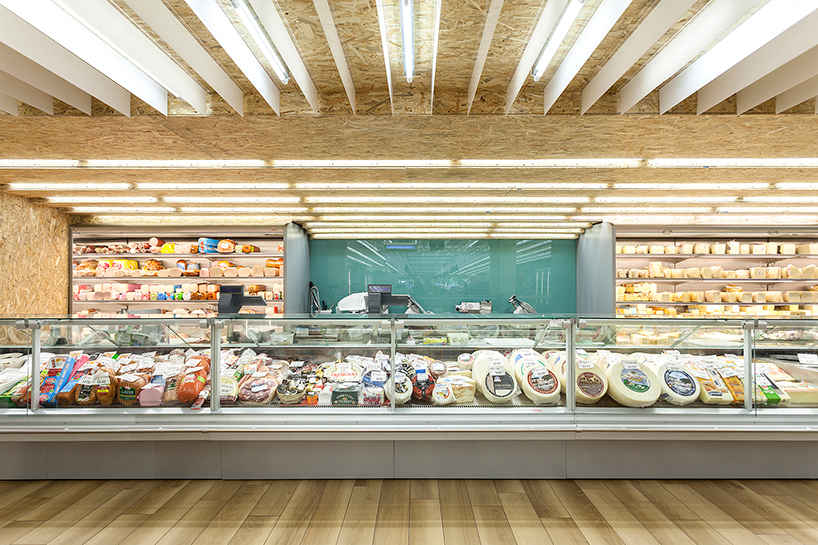 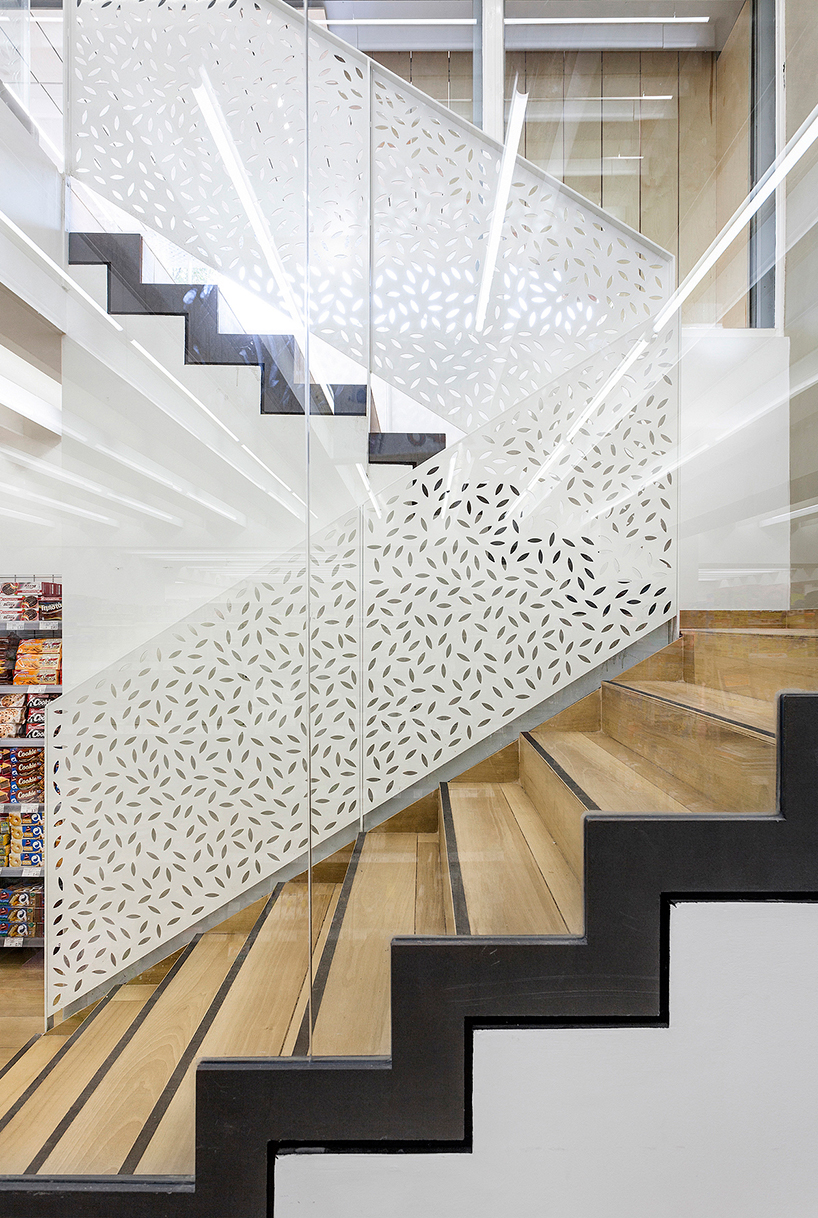 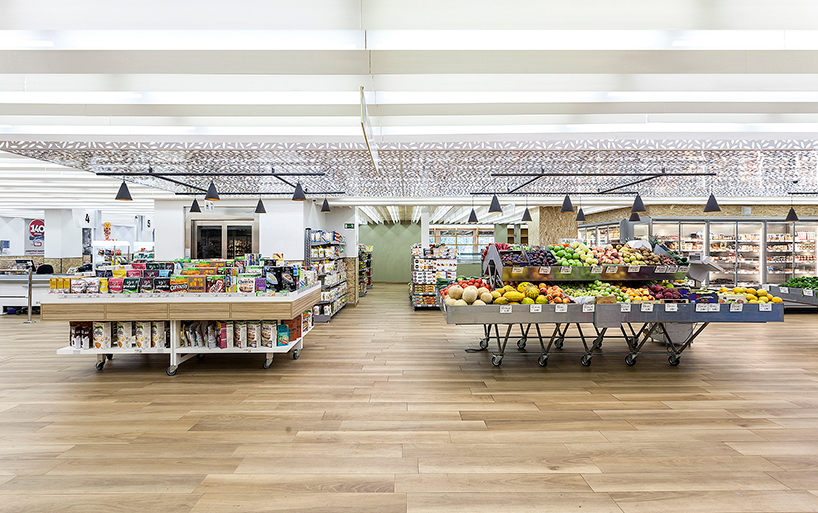 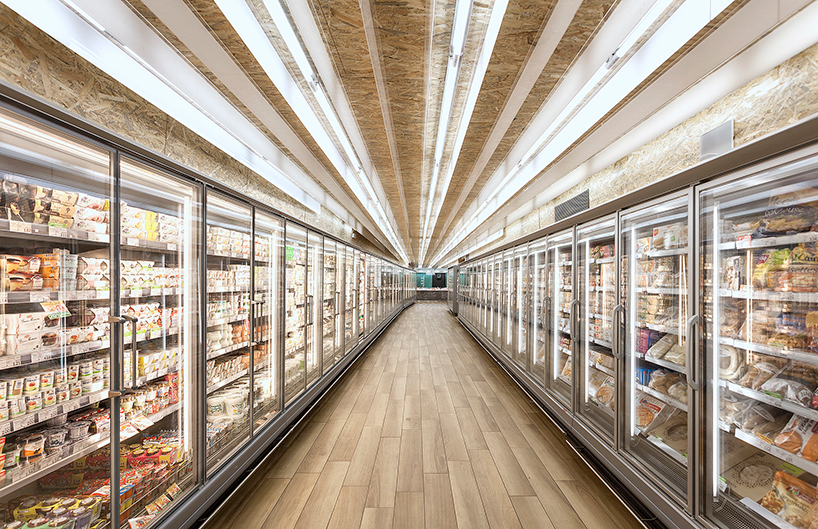 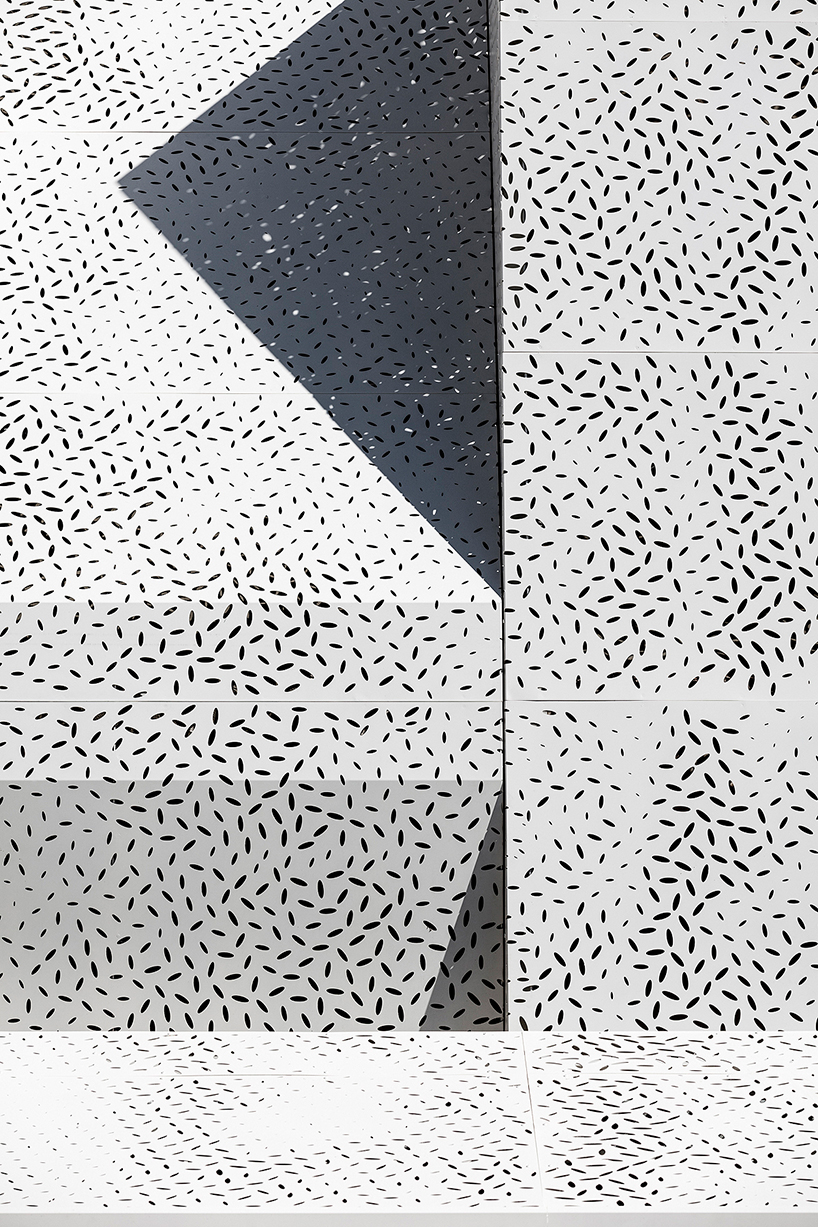 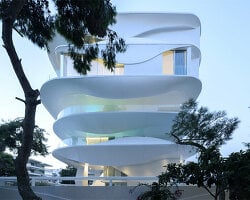 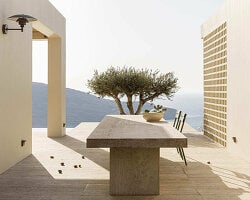 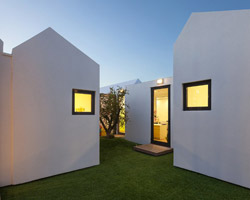 Jun 14, 2018
prefabricated public nursery in greece by klab architecture is shaped like a child-drawn house 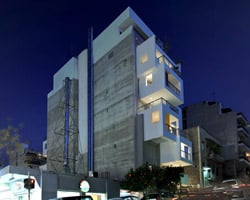