a wooden facade for jewelry store in osaka

klein dytham architecture (KDA) has completed a three-dimensional wooden façade for cartier store in osaka, japan. the design team clad the entire storefront of the corner building in a geometric pattern carved out in hinoki — a naturally stable and weather-resistant material. with this gesture, they sought to create a visual juxtaposition to the high-end shopping district that meets a combination of metallic and glassy exteriors. therefore, KDA opted for a repetitive design interrupted by arched openings adding intimacy and warmth to the commercial area. 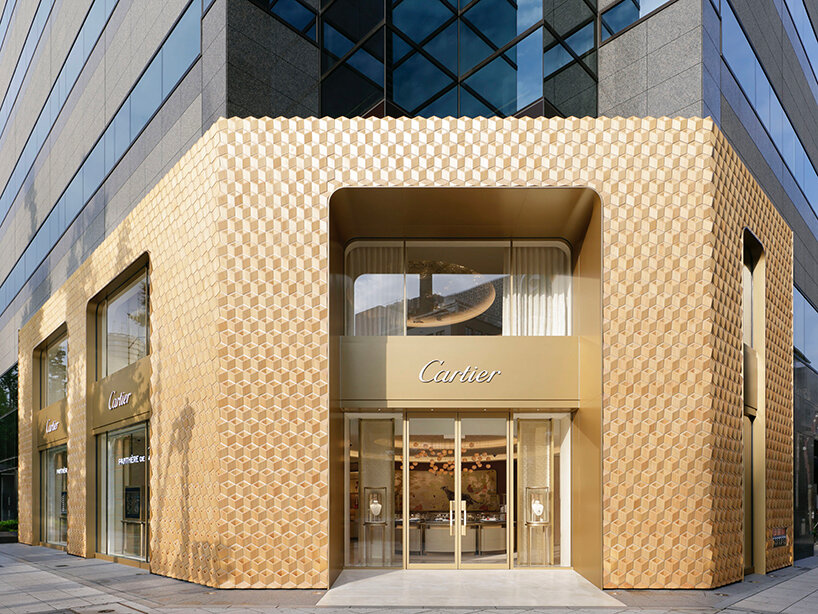 all images by klein dytham architecture

an imposing double-height recess with curved edges forms a welcoming entrance to the jewelry store. the side windows reveal parts of the interior, allowing passers-by to take a first glimpse of what is inside. during the construction, one major challenge was the placement of the new façade within the permitted 200mm zone between the building and the boundary line. to deal with this, they formed a thin aluminum frame that supports the wooden panels. to further preserve the original hue and texture, the team finished them in a rain and UV-resistant clear lacquer. 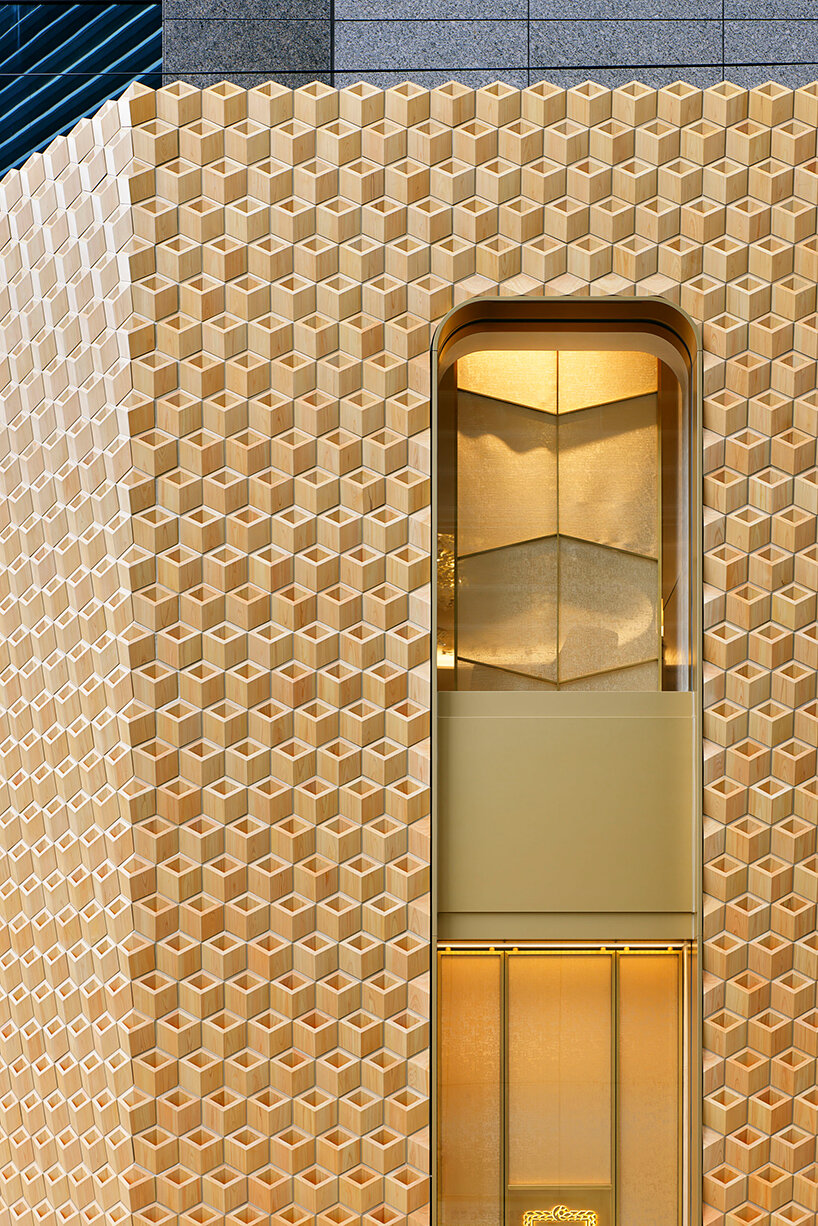 the northeast-facing openings let daylight tackle in, animating the charm of the wood. however, to pop up the façade’s beauty at night, the architects set individual LED lights behind each unit, illuminating the entire structure. diffused by the box-like diamond of each section, the effect enriches the three-dimensionality of the façade yet adds an inviting, warm glow.

the project has been nominated for the building of the year 2022 by archdaily. 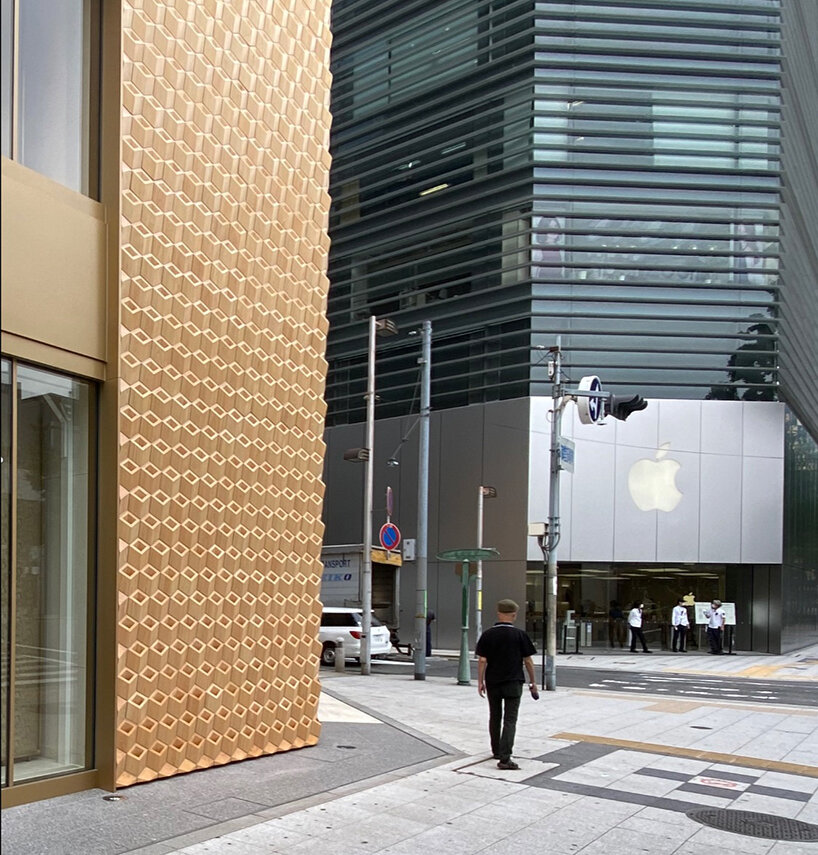 an intricate yet environmentally conscious façade 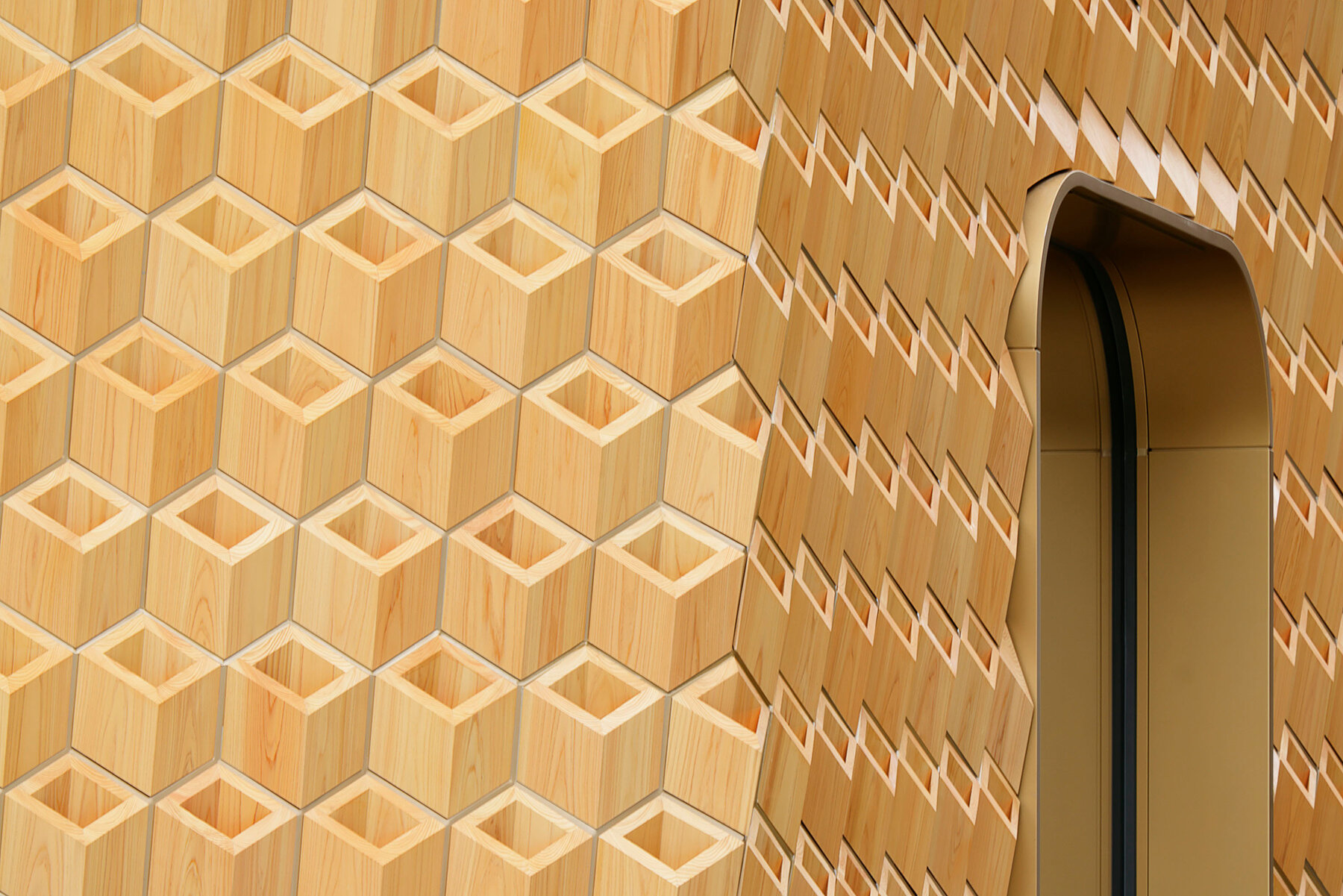 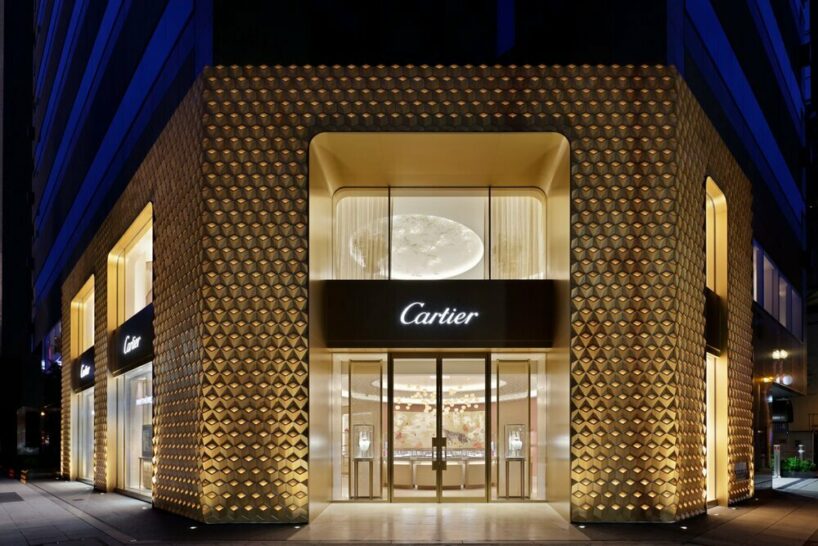 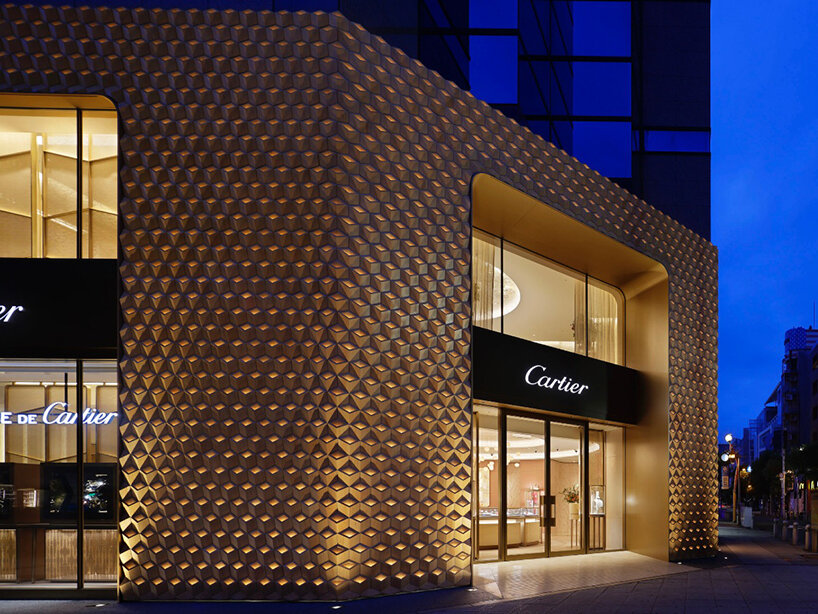 individual LED lights are hidden behind each unit 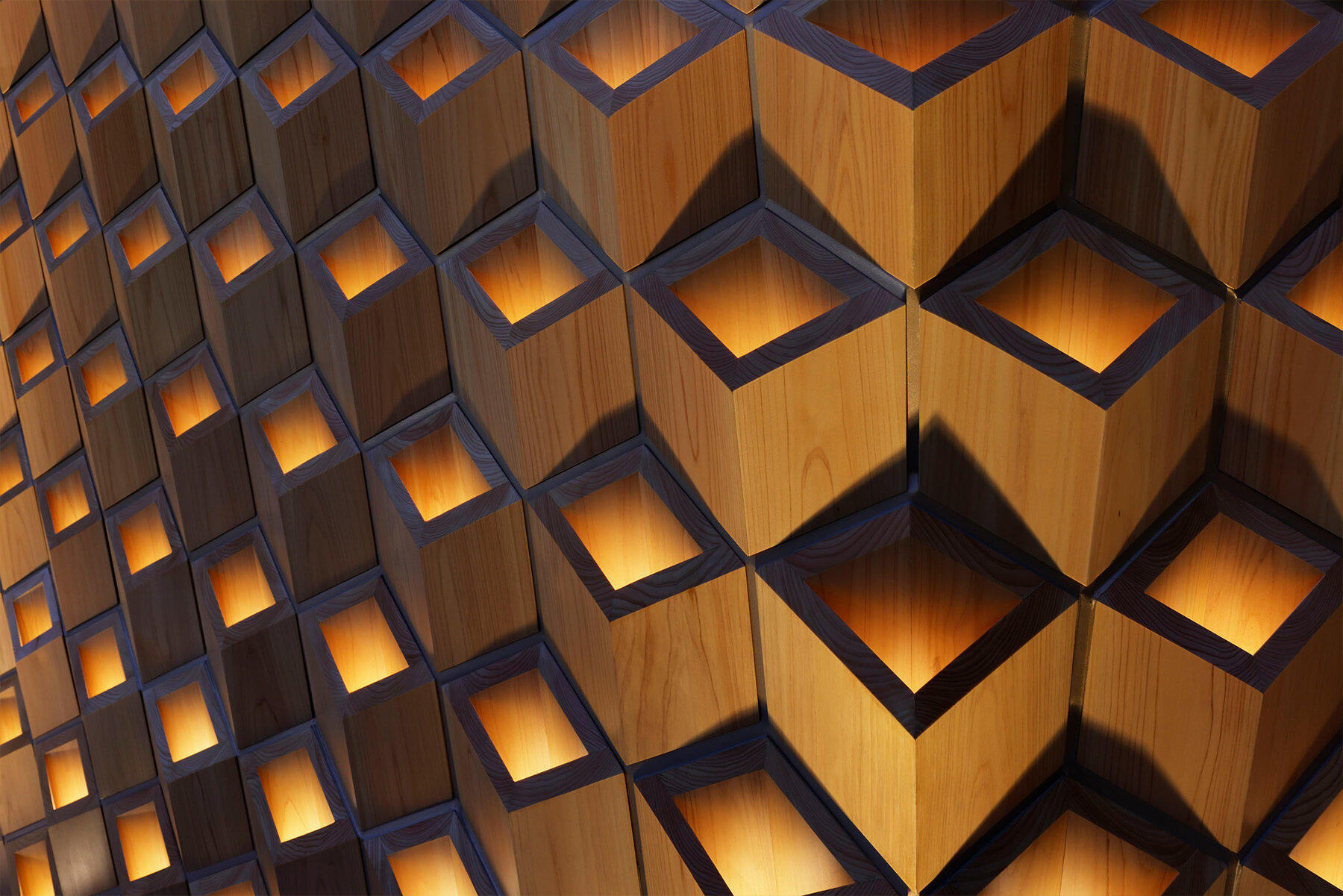 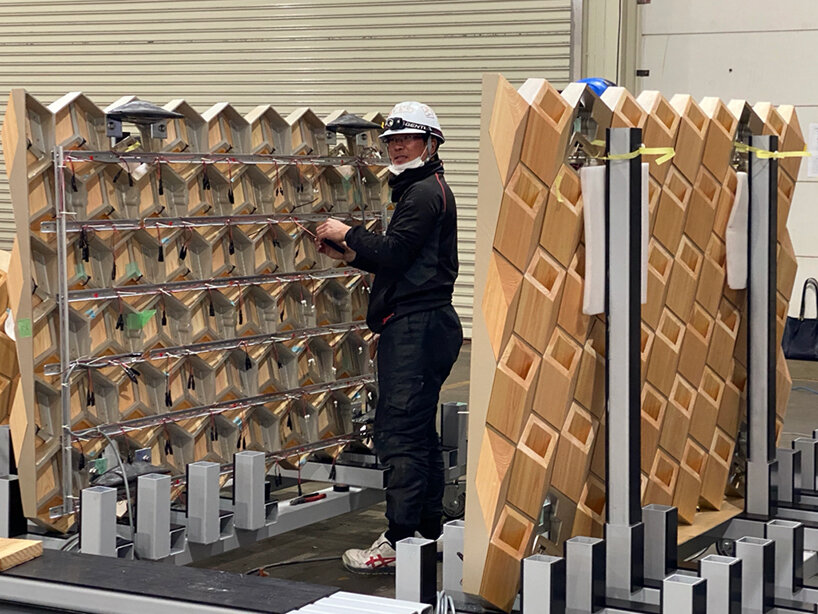 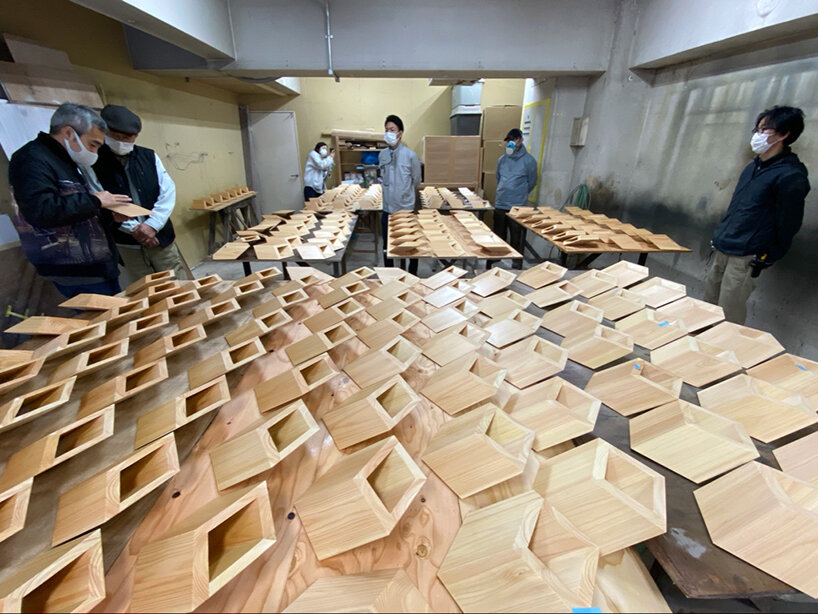 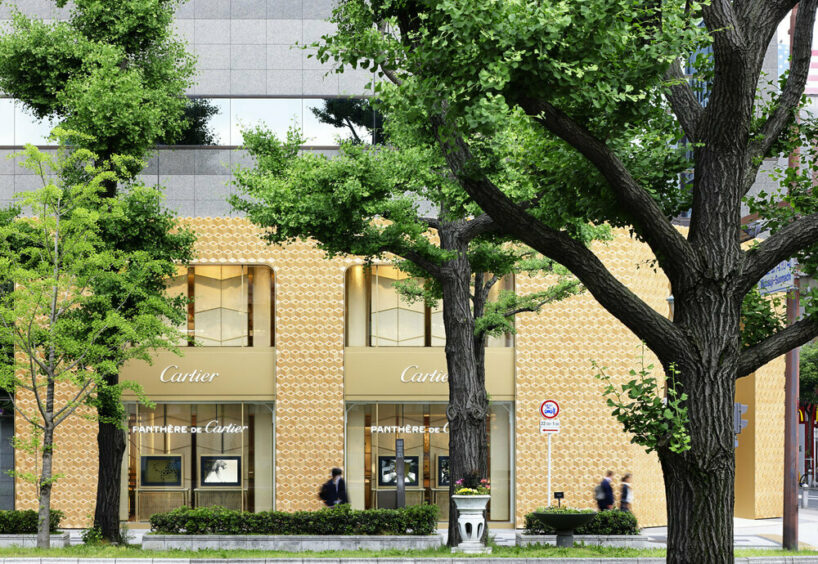 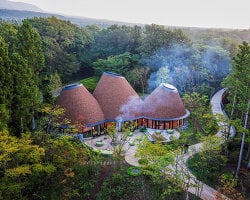 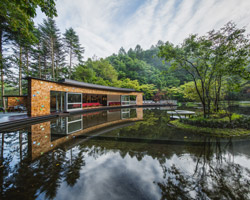 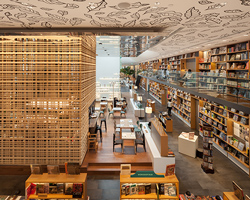 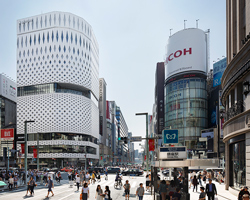 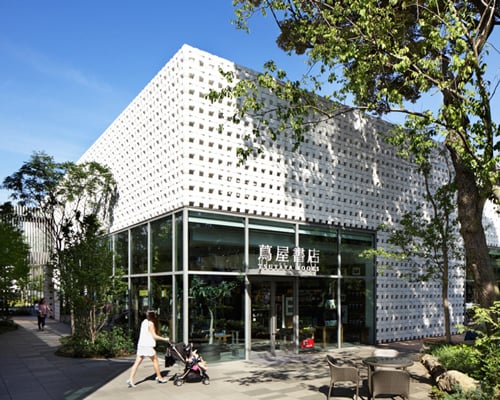