international architectural practice kohn pedersen fox associates has had permission granted for a 170 meter mixed-use structure to be built in london. local authorities approved the scheme, which will be constructed in the place of a previously proposed skyscraper by make architects. located adjacent to vauxhall underground as well as national railway stations, the project will be overseen by the mclaren group and citygrove – developers who acquired the site earlier this year. 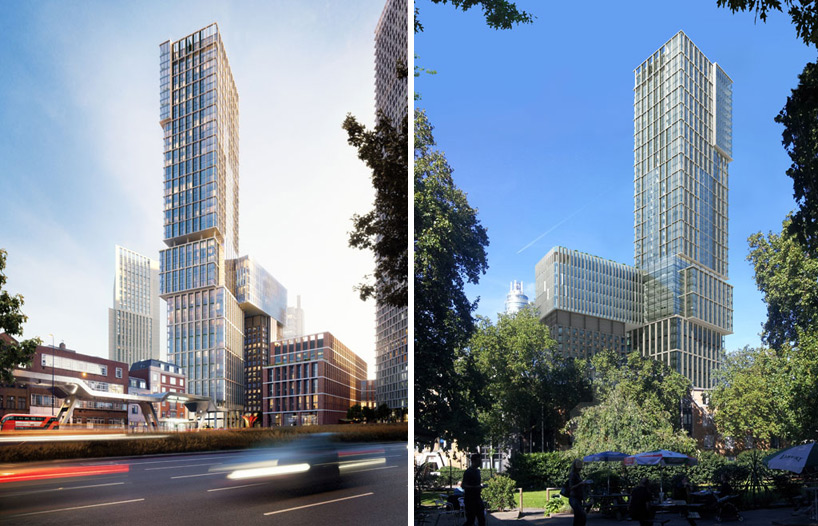 the design is formed of two connected towers, with the taller structure rising to a total height of 170 meters

the design is formed of two connected towers, one measuring 82 meters with the taller structure rising to a total height of 170 meters. 20% of the planned 450 properties are deemed ‘affordable’, while an expansive roof garden positioned above the office block is directly connected to a communal lounge area and meeting rooms. there is an accessible terrace on the north tower, with indoor amenity rooms such as a multipurpose hall and games room also included.

construction is set to begin in 2015, with completion forecast for 2018.

the approach to the mixed-use scheme 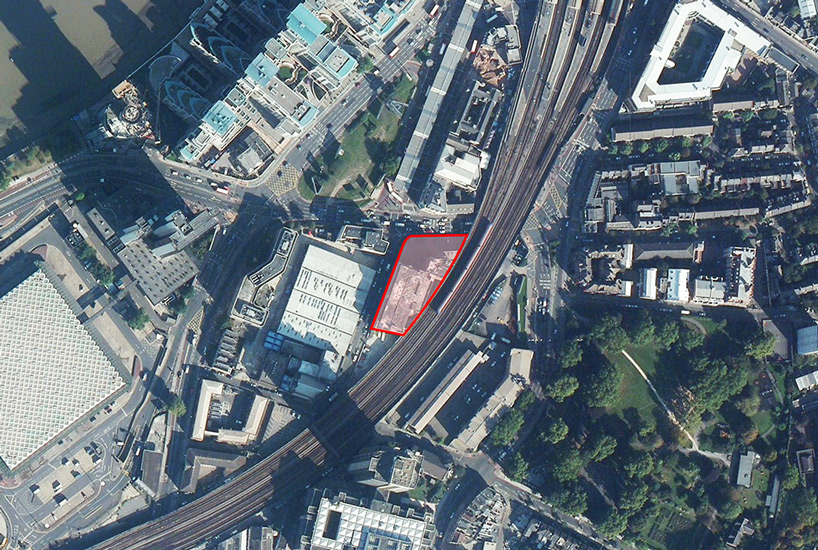 the site’s location in the nine elms district of london 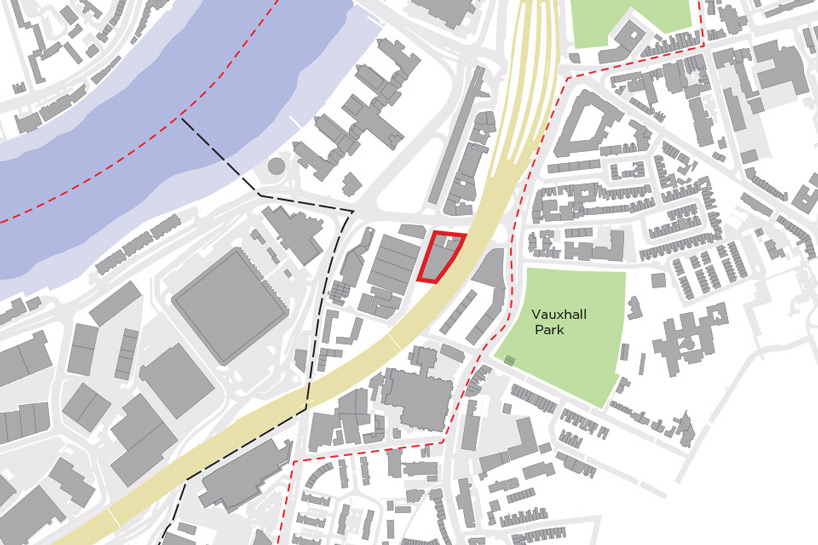 the development in relation to vauxhall park