international architecture firm kohn pedersen fox (KPF) has finalized construction for their ‘one central macau’ project. the luxury 400,000 square foot retail facility is part of a grand scale mixed-use development designed by KPF, and completes another key milestone in the city’s continued growth. ‘this is another very significant project for KPF, demonstrating our ongoing presence in the region. one central macau will be asia’s benchmark luxury retail complex; its emphasis on rich, luxurious materials, its intimate layout, and its combination of luxury retail stores and indoor-outdoor cafés, all raise the stakes on what is possible in the region,’ – paul katz, president of KPF said.

the 2.3 million square foot development centers around a 42-story signature tower, one of the tallest buildings on the city’s skyline. the tower will house a mandarin oriental hotel; to open later in 2010; with 213 guestrooms, 111 serviced apartments, waterfront bar, restaurant, and spa. connected to the nearby MGM casino to the east, and to the residential and hotel towers above, a 400,000 square foot retail podium arcade features a lavish selection of the world’s leading luxury brands. 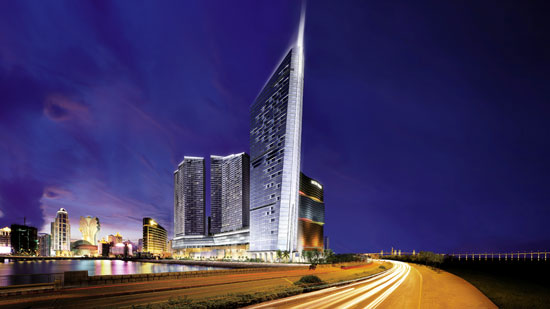 the design of one central is influenced by macau’s natural setting, yet also by its vibrant gaming and energetic nightlife. these opposing influences result in a versatile development that is both serene by day and dynamic by night. with nam van lake to the west and the china sea to the south, the site is dominated by the presence of water, which heavily influences the design throughout. from the fluidly-formed all-glass curtain wall of the tower’s exterior, to the interiors of jerusalem gold limestone alongside white and metal panels that glow in the light, all details recall images of water and luxury yachts and at the same time interact with reflected light from the mass of water that surrounds.

during the day, the rippled facade reflects light in a kaleidoscopic fashion, whilst at night; the ripples are accentuated by dynamic lighting that scrolls across the facade like moonlight. in response to the rippled tower facade, a 300 meter-long podium bends and folds evoking images of a ship’s wake, whilst at the same time a sense of luxury and calm is reinforced by a palette of beige stone, dark woods, and metal. three floors of luxury retail and dining space imaginatively recall the winding streets of continental europe, to create an intimate environment for shoppers. 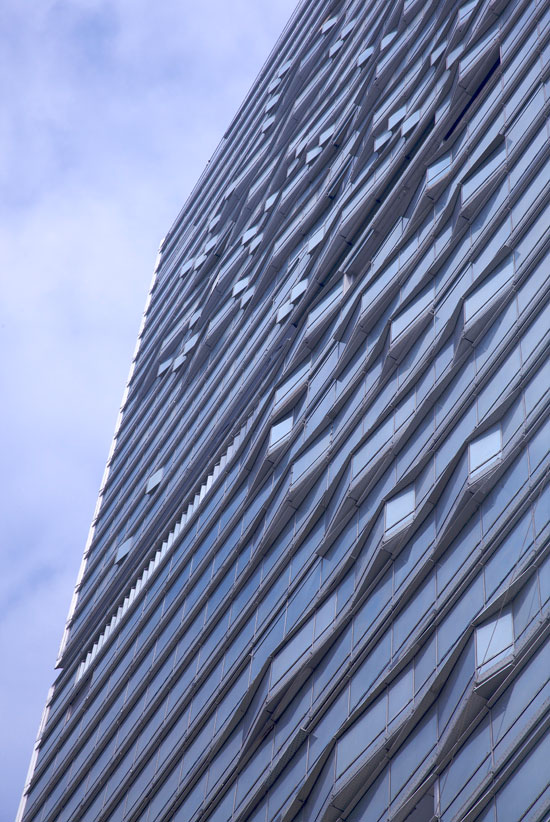 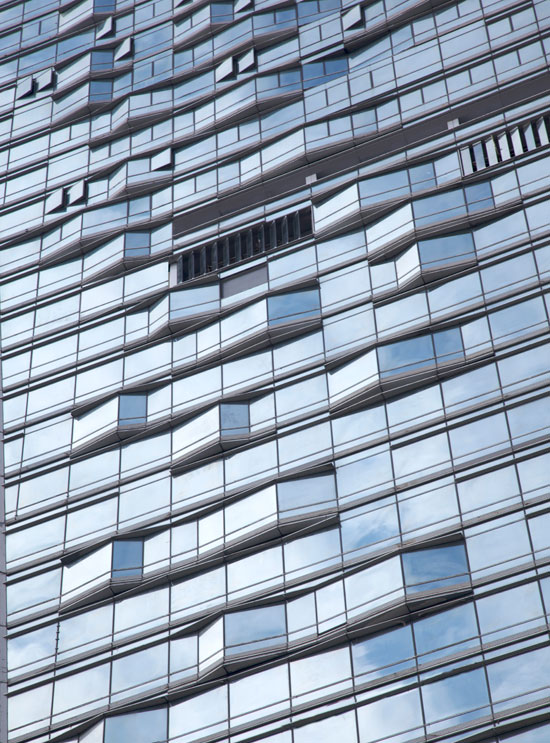 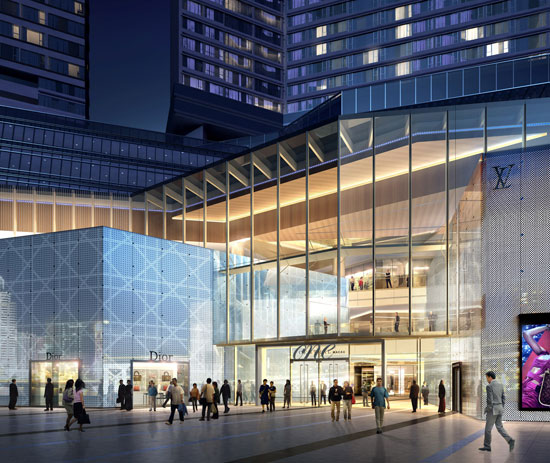 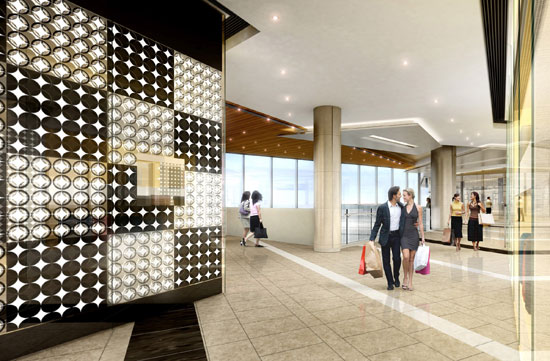 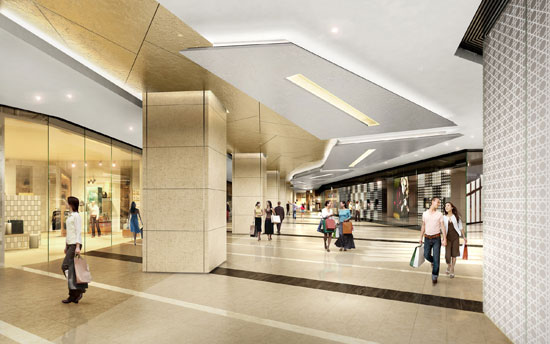 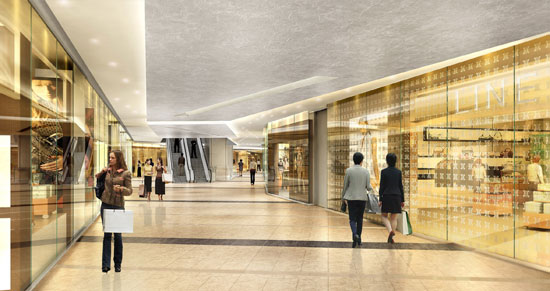 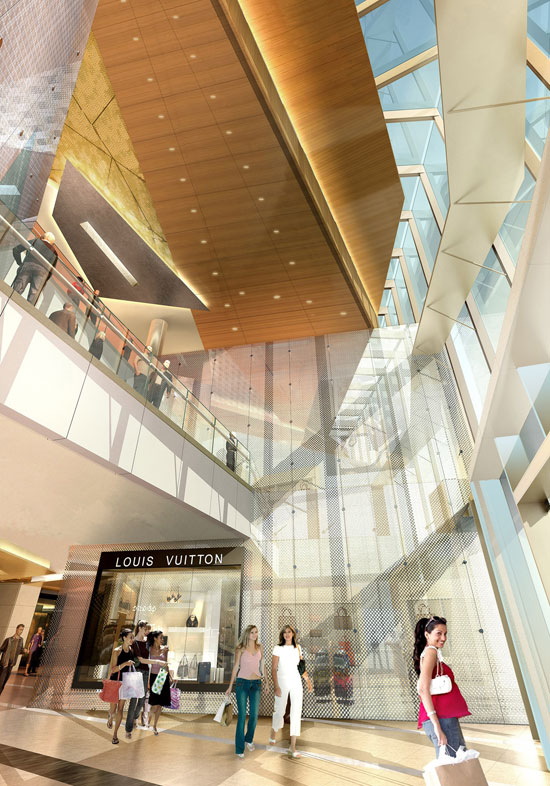