set against the backdrop of seoul’s mountainous terrain, construction on the ‘lotte world tower’ has risen to a height of 327 meters, meaning that the building is already korea’s tallest structure.

designed by kohn pedersen fox, the mixed-use development comprises retail outlets at its lower nine floors, with a range of offices positioned above. at the upper levels of the tower, a 7 star luxury hotel will occupy floors 80 to 109, while the building’s top 10 stories are earmarked for extensive public use, featuring an observation deck and rooftop café. 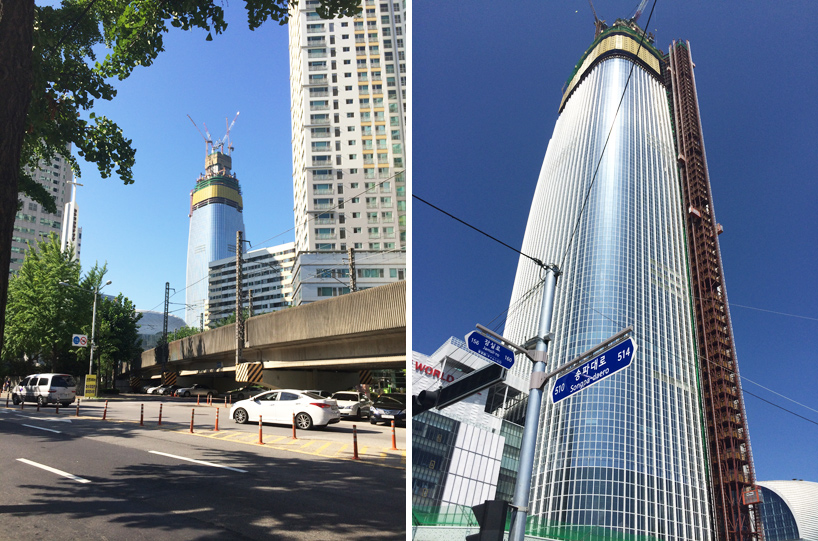 the high-rise has climbed to a height of 327 meters, meaning that the building is already korea’s tallest structure

sinkholes in the vicinity of the site had caused concern to developers and residents of the city alike, but it appears that construction will press ahead as the tower climbs towards its total height of 555 meters. work on the ‘lotte world tower’ is currently at the 78th floor, with a further 46 stroreys to be completed before the tower’s scheduled 2016 opening. once finalized, the project will stand as one of the world’s tallest buildings, rising 10 meters above new york’s one world trade center. 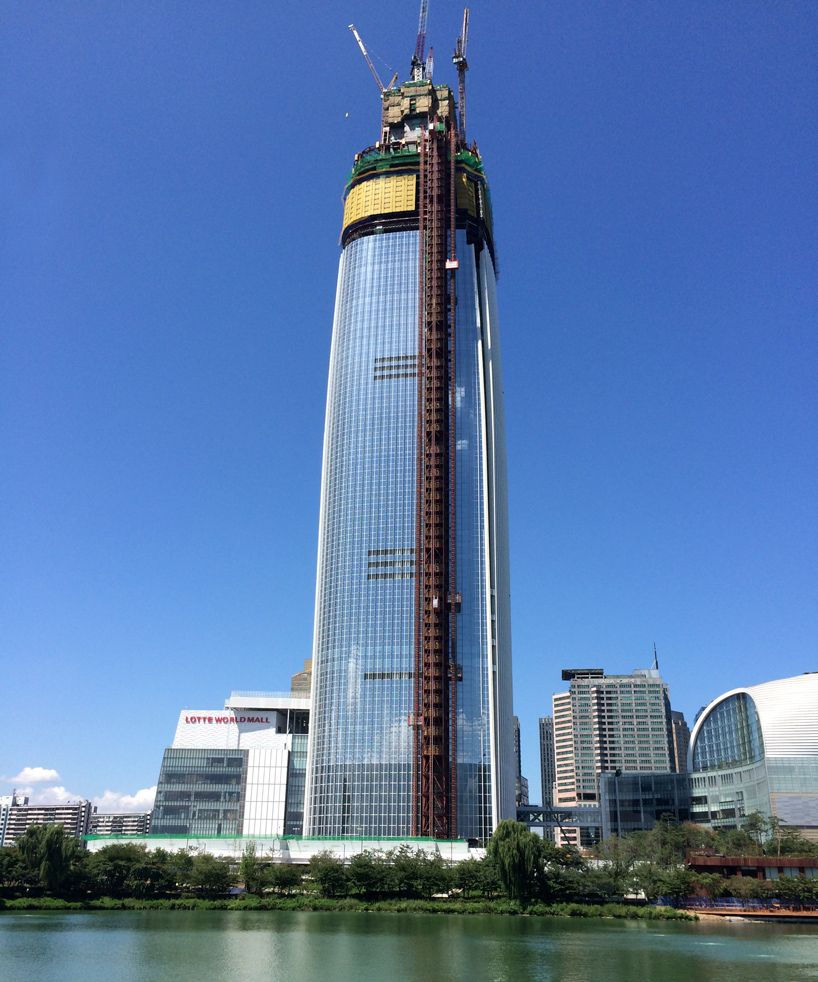 a 7 star luxury hotel will occupy floors 80 to 109, while the building’s top 10 stories are earmarked for public use 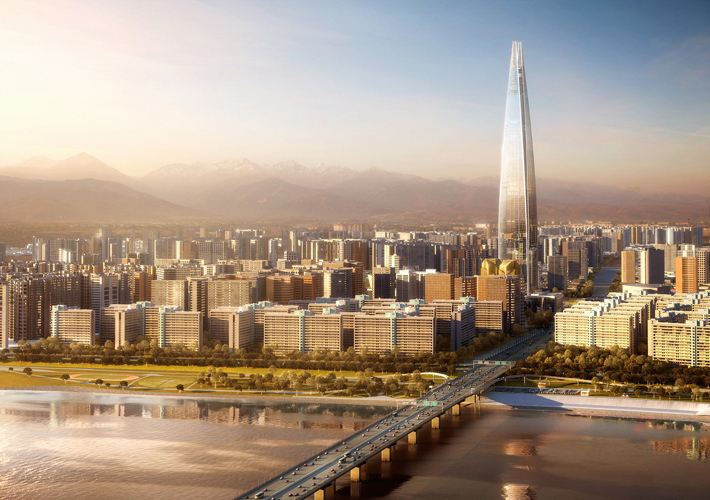