forming the centerpiece of tianjin’s redeveloped commercial district, ‘riverside 66’ has opened its doors, creating an important series of connected civic and retail spaces intended to engage the public. designed by kohn pedersen fox (KPF), the monumental shell-like structure redefines the connection between the adjacent river and the he ping lu boulevard, constructed from 22 seven-story high concrete ribs and over 10,000 panels of glass.

curving upwards from the riverside, the building converges with the opposing southern façade, allowing the interior program to engage the surrounding streets. envisioned as an ‘urban market’, the plan’s circulation is intentionally porous with frequent active entries positioned throughout. brands can occupy two and three story stone ‘boxes’ that stack along the pedestrian street, while a grand atrium at the center of the design operates as both a public plaza and vertical concourse. 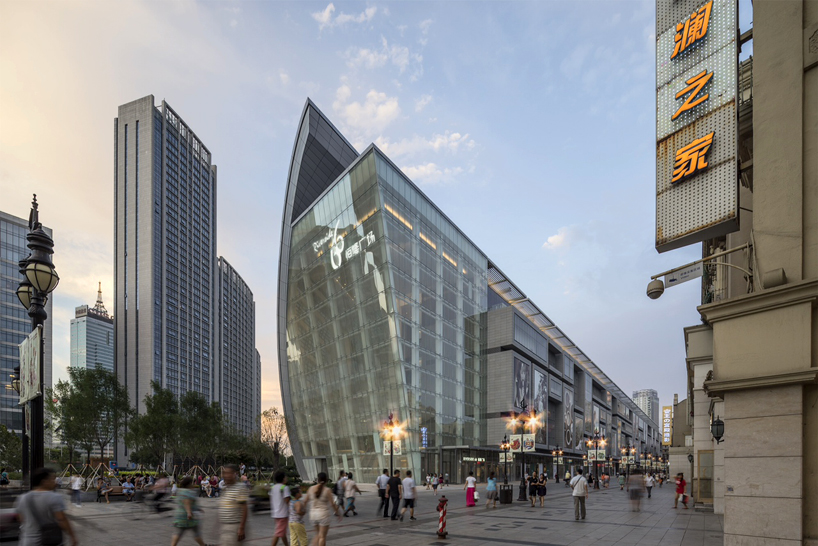 curving upwards from the riverside, the building converges with the opposing southern façade
photo by tim griffith

‘the building itself is conceived as public space where the building intentionally engages the urban traffic and fosters user interaction‘, explains jeffrey kenoff, director and senior designer at KPF. ‘clearly the project needed to operate for a retail and multi program environment, but it also wanted to be a social network to embrace, represent and activate a local community.’

‘now that the structural frame is complete, to wander inside a series of curved concrete ribs is something like it must be to see a whale skeleton from the inside. herman melville would be inspired’, furthered james von klemperer, design principal of KPF.

see designboom‘s coverage of the project in its construction phase here. 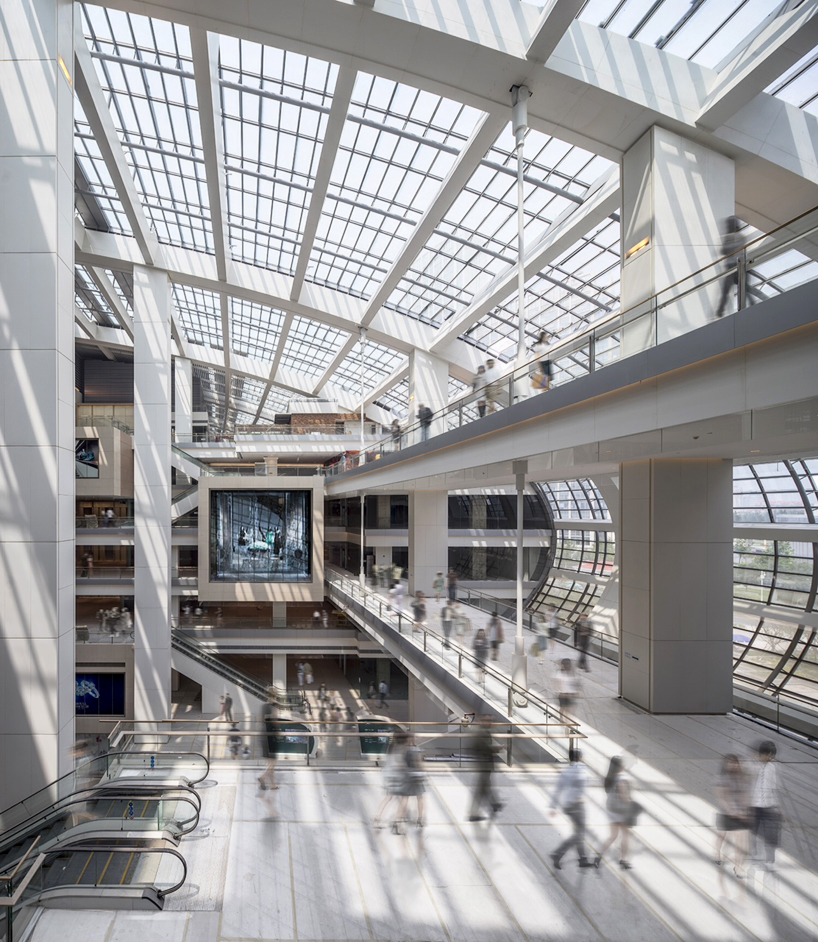 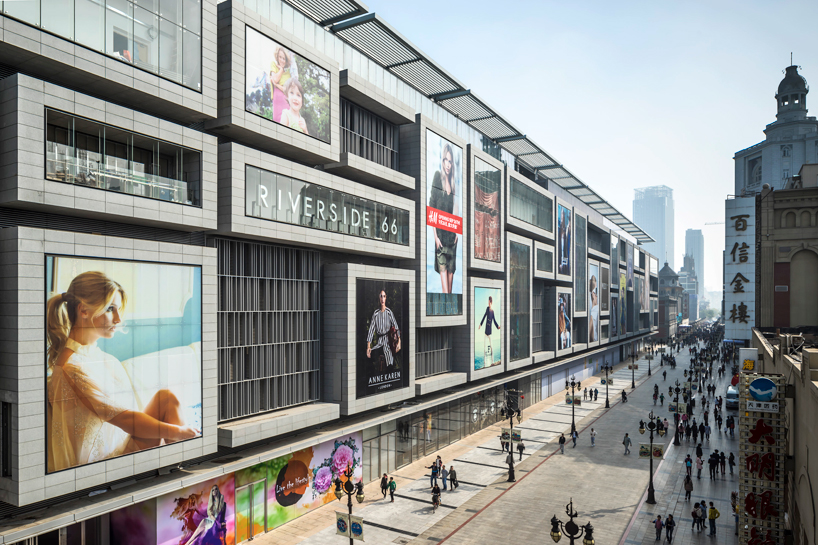 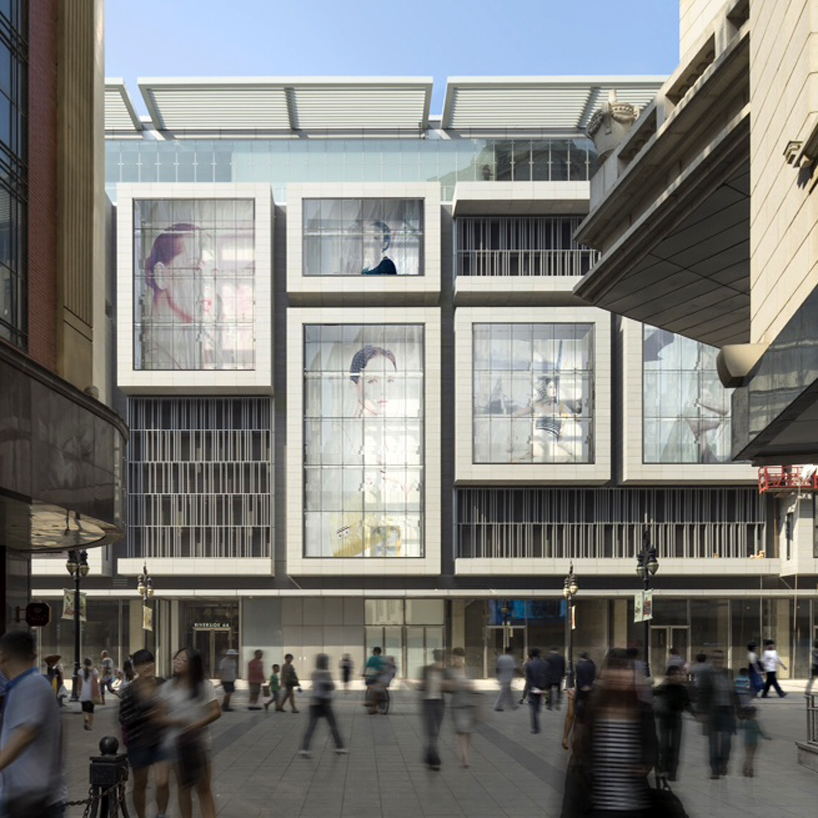 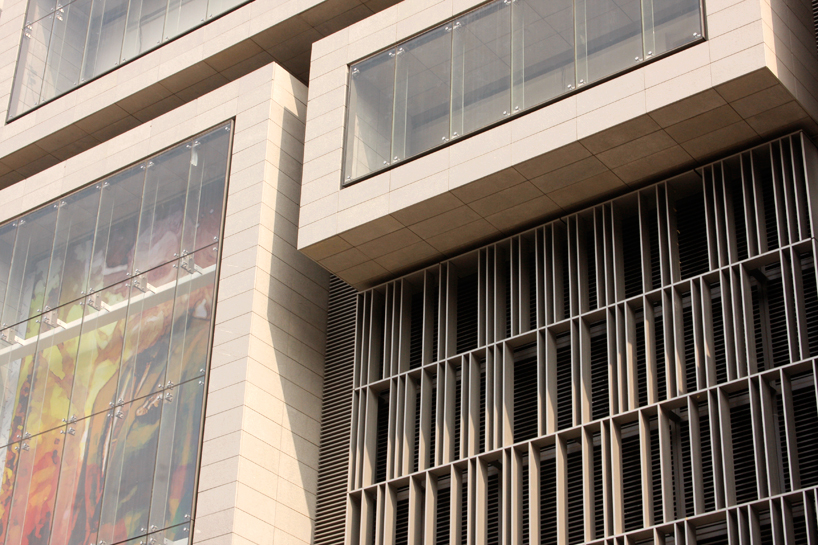 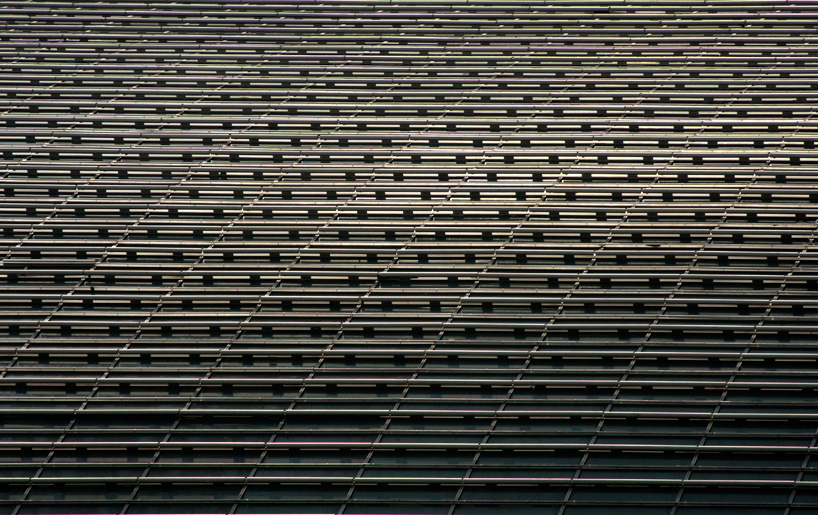 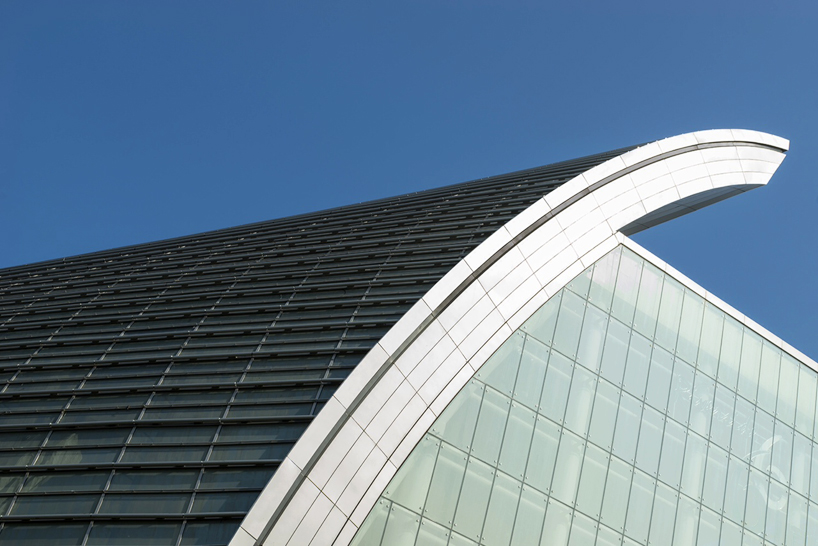 the building is constructed from 22 seven-story high concrete ribs and over 10,000 panels of glass
photo by tim griffith