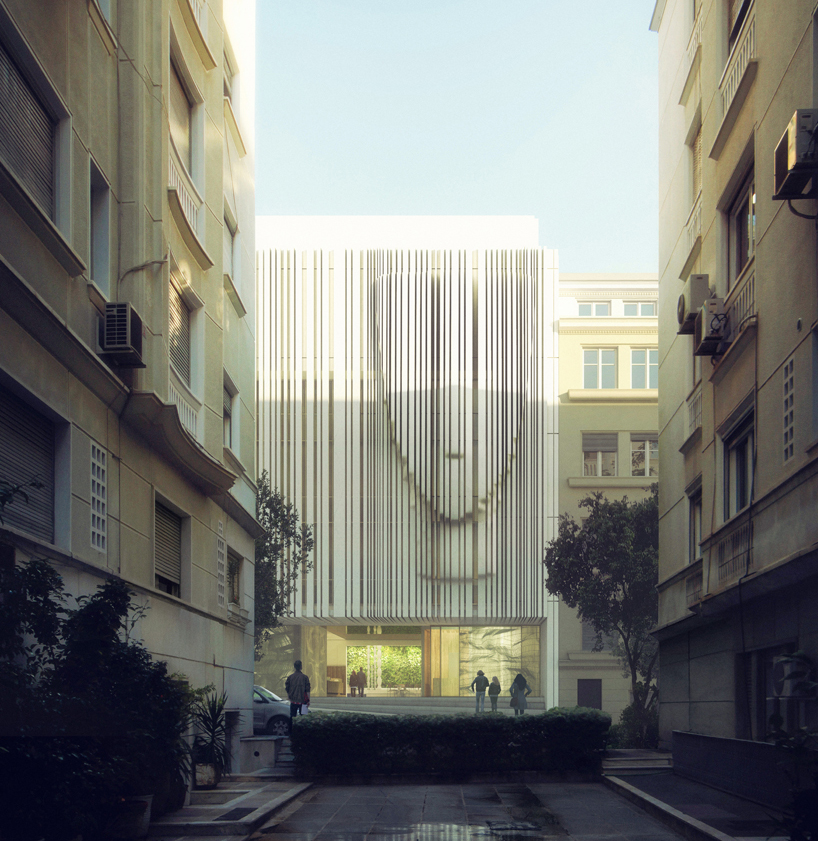 the proposal by kois associated architects for the redesign of the museum of cycladic art in athens, greece, aims to enhance the building’s urban pretense and public interaction. the existing street frontage is reminiscent of the international style, encased within the tight city fabric. a large portion is covered with reflective glass, which on their inner side are fitted with rigid panels to prevent sun reaching the exhibition rooms where steady conditions of lighting are required. wanting to integrate a new design with the structure, a floating array of vertical elements clearly marks the entrance point. drawing people in from the outside, the proposed scheme provides shade and shelter, while also acting as an urban meeting point. 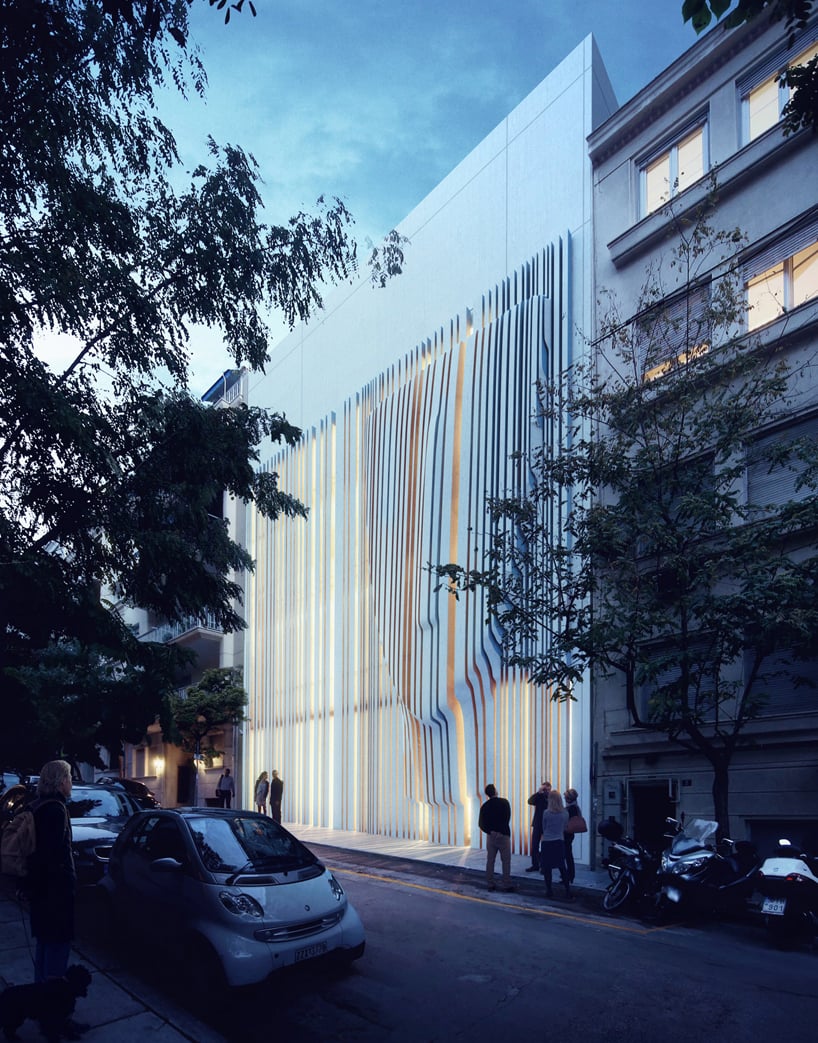 the design of the new linear façade was based on natural cycladic rock formations, alluding to the fragmented landscape of their origin. the outline of an anthropomorphic figure is created within these vertical divisions, it is a tectonic version of the early cycladic (2700 bc) marble head figurine of spedos, which is part of the collection of the museum of cycladic art.

on the interior, a new atrium, café and nearby shop offer an urban oasis of light and vegetation, fostering urban connection and interaction. during the museum’s opening hours, the space acts as an extension of the street, and is shut off when the museum is closed. this periodical movement not only becomes an architectonic event introducing different degrees of access and permeability, but also becomes an urban event. 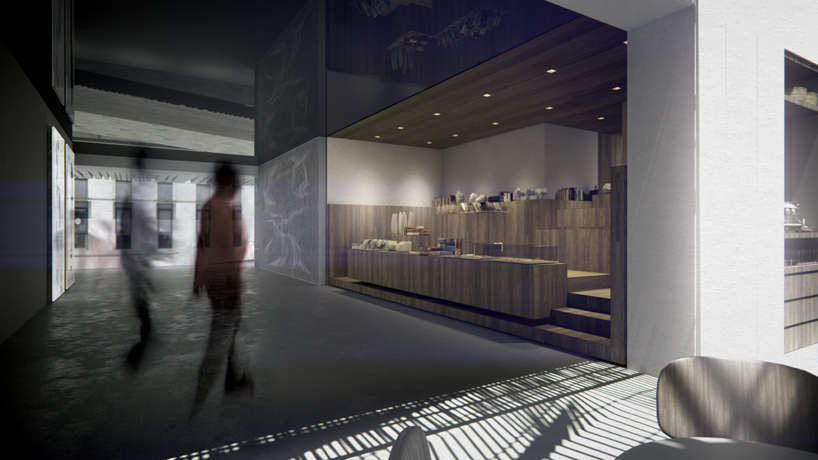 view from the atrium to the entrance 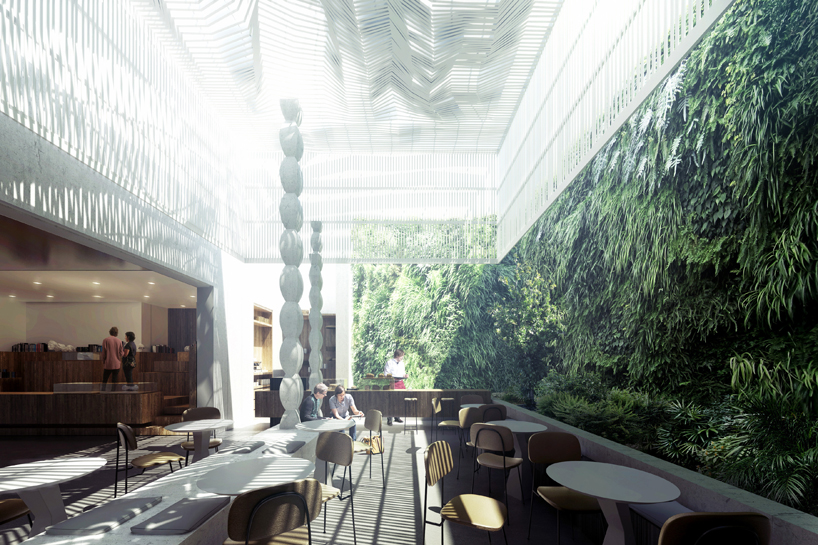 the cafe in the atrium 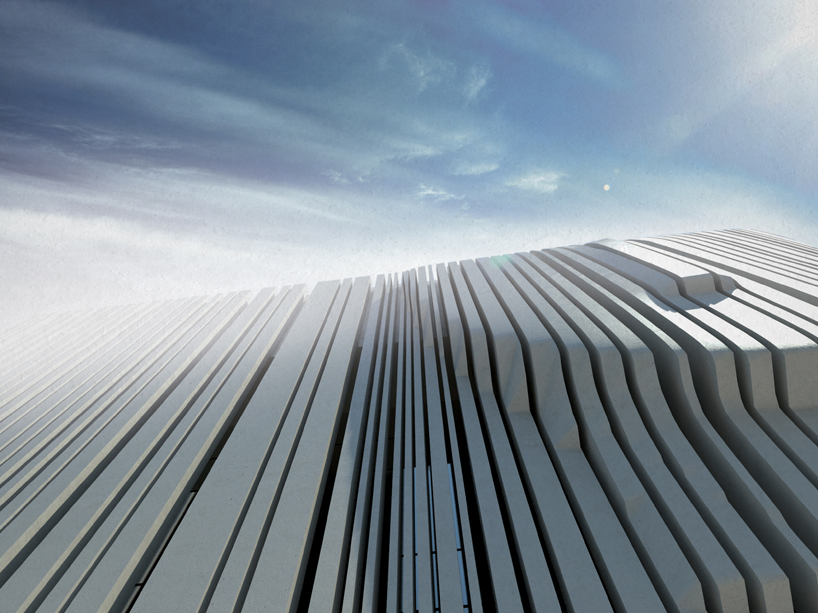 perspective view of the facade from the entrance

façade close up when the museum is closed 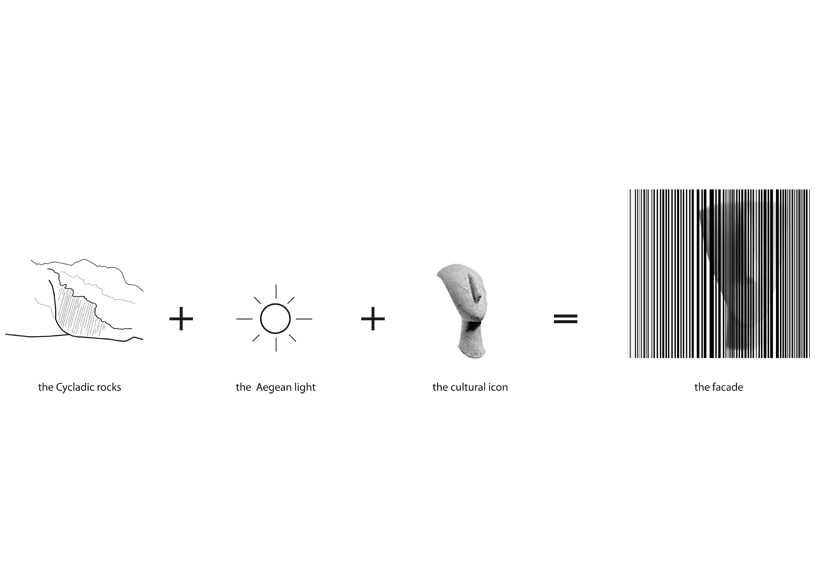 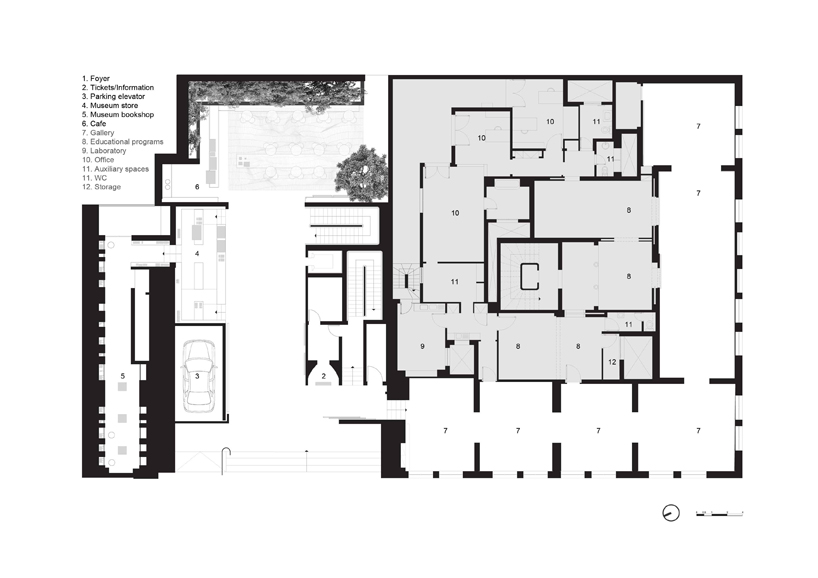 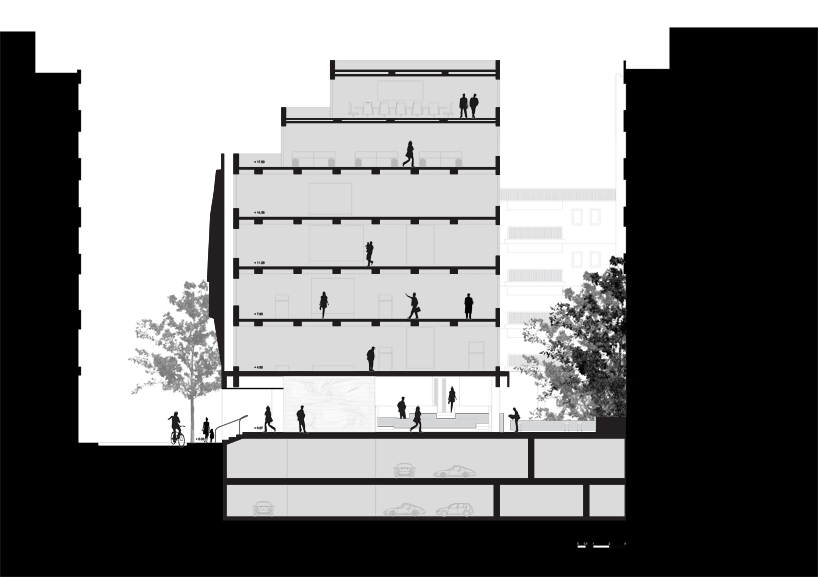 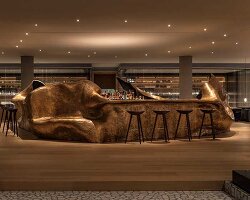 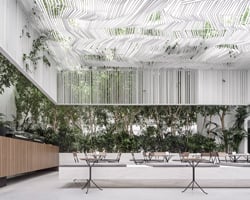