global architecture and engineering firm HDR has proposed a design for the world’s largest data center to be built in ballangen, norway — 225 kilometers (140 miles) north of the arctic circle. in developing the ‘kolos data center’, the architects took cues from its setting, a fjord surrounded by mountains and glaciers. organized along a central spine, the building’s forms are arranged ‘to mimic a glacier’s movement as it displaces swaths of land, like a mountain’. 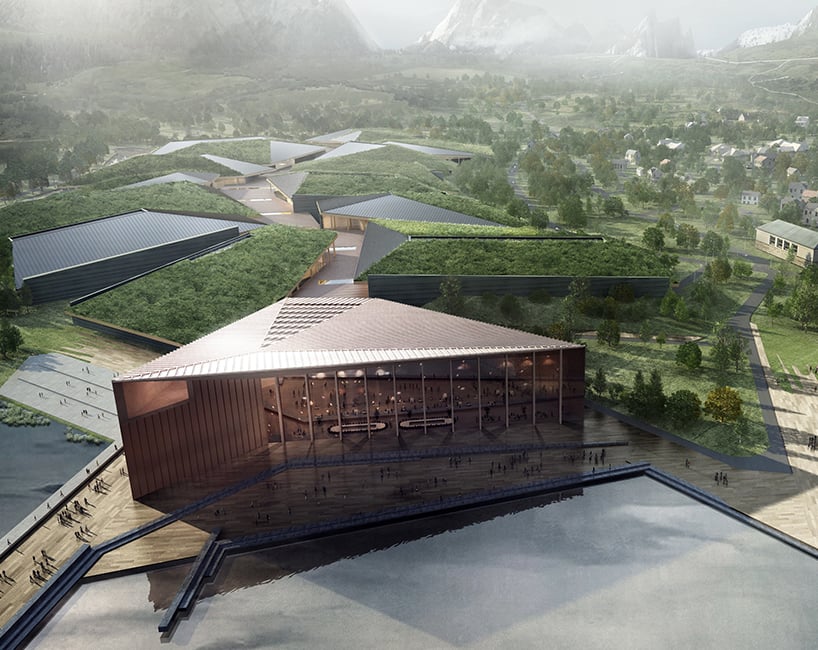 the spine creates a collision of landforms reinterpreted as modules, or data halls
all images © HDR

kolos’ data halls are organized around the central spine of the expansive center and are covered in green roofs. at the terminus on the water, the spine emerges as a public element clad in copper, a reference to the area’s copper mining history. the center opens onto the public’s waterfront promenade, contributing to the wider community. 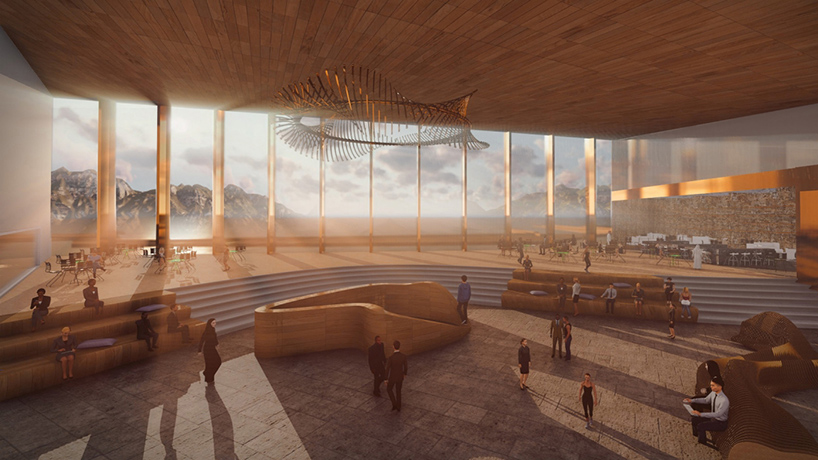 the data center deploys the latest innovations in security technology

the 600,000 square meter (6.4 million sqf) facility is expected to be fully operational within ten years, at which point it will consume more than 1 GW of power. the cold climate, low humidity, and the abundant supply of hydropower available in the area will ensure a consistent flow of green energy and significantly cut other power costs.

slated to open in 2018, the center has been described as ‘a fortress for data’ as a result of its remote location. the computing power of the facility will scale beyond 1,000 megawatts with kolos servicing high-speed internet traffic in nearby continental europe and as far away as the united states’ east coast.