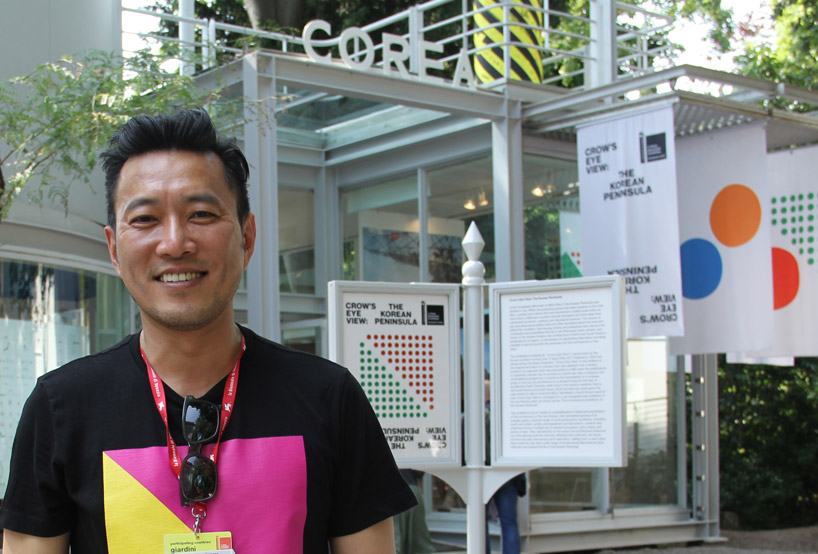 the golden lion for best national participation goes to korea — crow’s eye view: the korean peninsula — for the extraordinary achievement of presenting a new and rich body of knowledge of architecture and urbanism in a highly charged political situation. using diverse modes of representation that encourage interaction, it is research-in-action, which expands the spatial and architectural narrative into a geopolitical reality. see designboom’s previous coverage of this exhibition here. 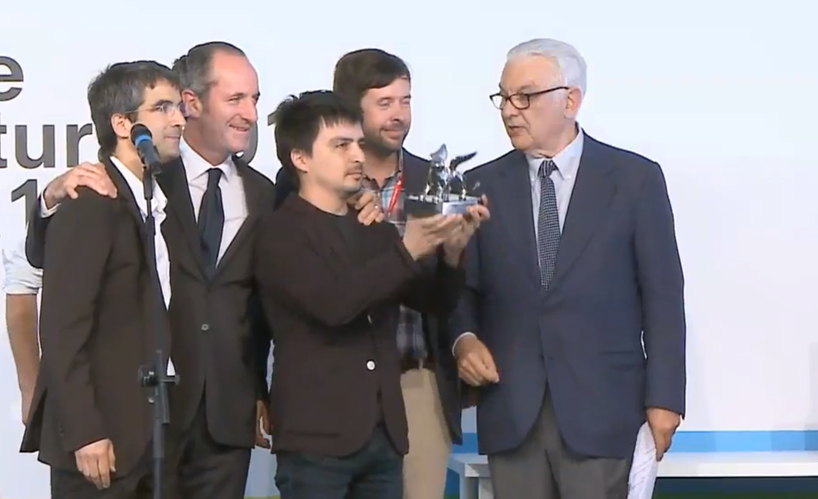 chile wins the silver lion of the venice biennale

the jury recognizes chile and its national participation ‘monolith controversies’ with the silver lion for revealing a critical chapter of the history of global circulation of modernity. focusing on one essential element of modern architecture – a prefabricated concrete wall – it critically highlights the role of elements of architecture in different ideological and political contexts.

the jury has also decided to assign three special mentions to national participants:

canada — arctic adaptations: nunavut at 15 — for its in-depth study of how modernity adapts to a unique climatic condition and a local minority culture.

france — modernity: promise or menace? — for addressing the successes and the traumas embedded in its utopian visions of modernity.

russia — fair enough: russia’s past our present — for showcasing the contemporary language of commercialization of architecture.

video of the award ceremony