the republic of kosovo makes their first appearance with the kosovan pavilion at the 13th international architecture exhibition in venice. used in traditional jewelery techniques, filigree is the main component used within the installation to represent the cultural revival occurring within the country. weaving the arsenale’s room with screens projecting images on the walls and floor, the web of wires hangs from the ceiling and strings together representations of past and future goals of kosovans. contributions from the country about streets, buildings and cities will give guidance to architects and urban planners. colored lights create a network of glowing strands. 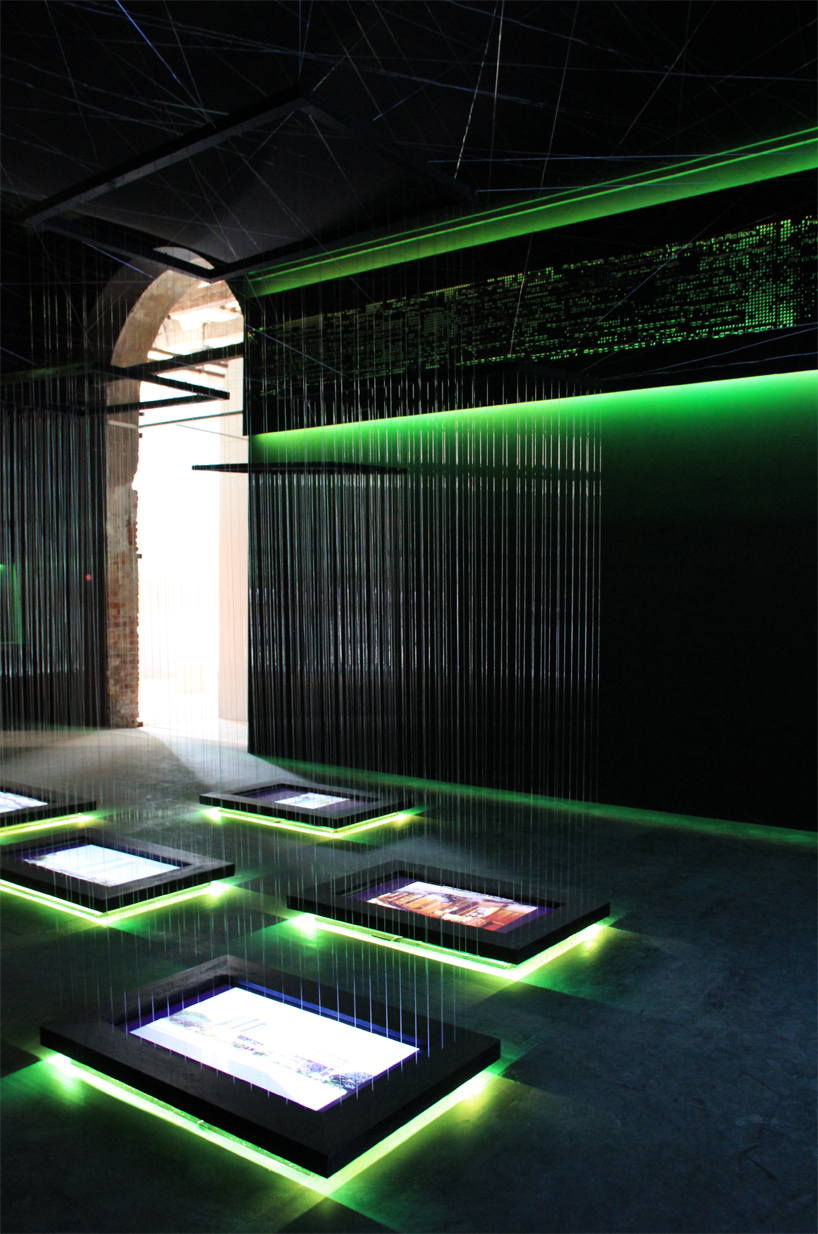 a band wrapping the space displays a collection of messages sent from the people of kosovo and visitors to the biennale can share tweets, text messages of emails, creating a data record and common ground between the distant locations. this information may later inform decisions for legislative laws in the realm of architecture and planning, becoming inherent filigree makers. 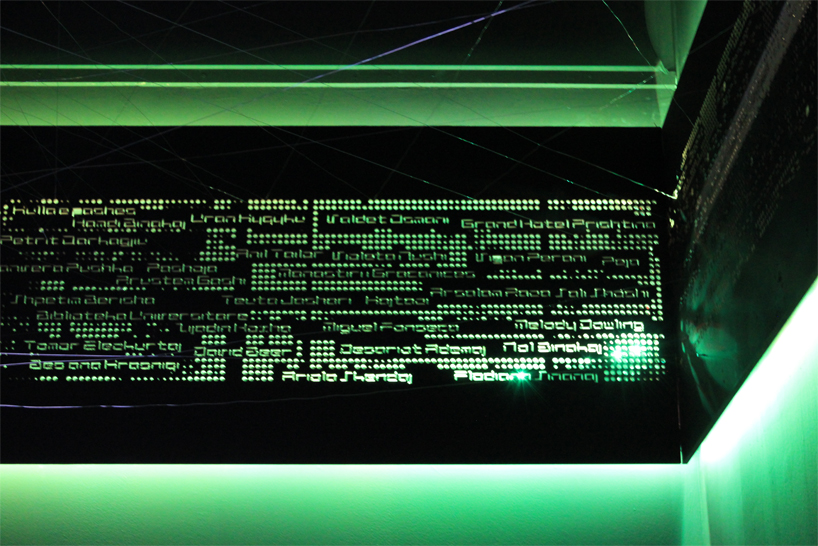 text messages, tweets and emails are displayed within a band which wraps the room image © designboom 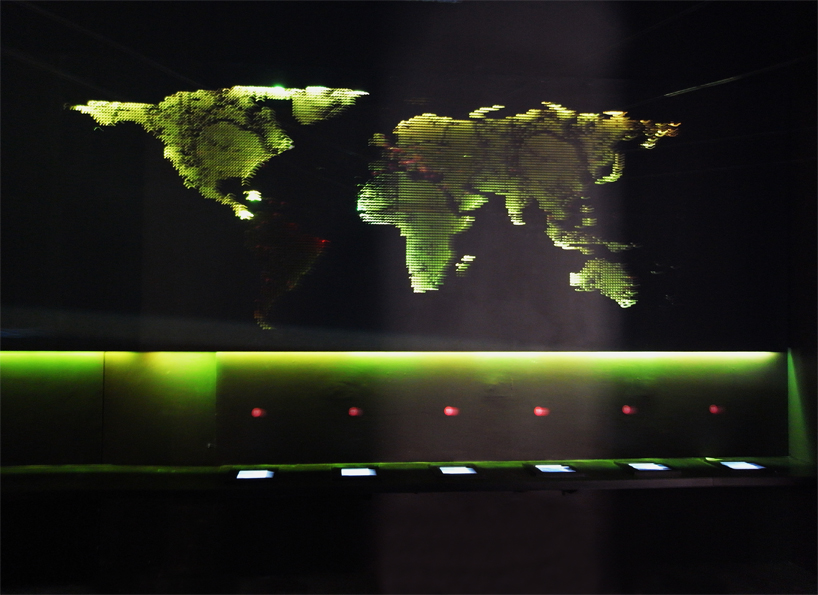 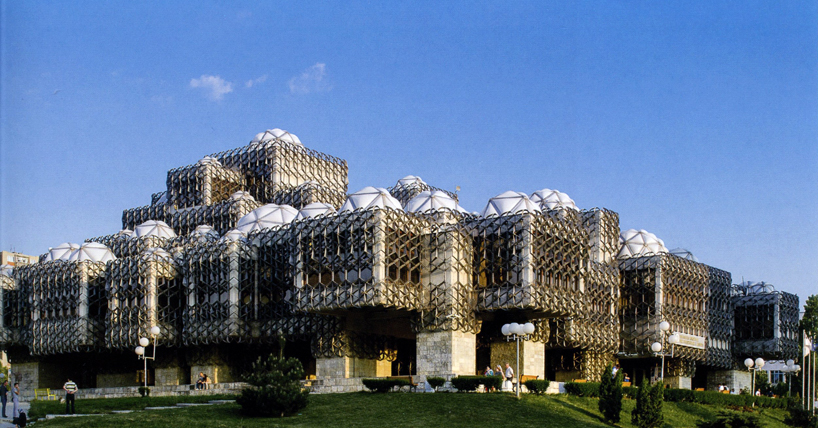 an example of metal weaving: ‘university library of prishtina’ by andrea mutnjakovic, 1982 image by fitim mucaj 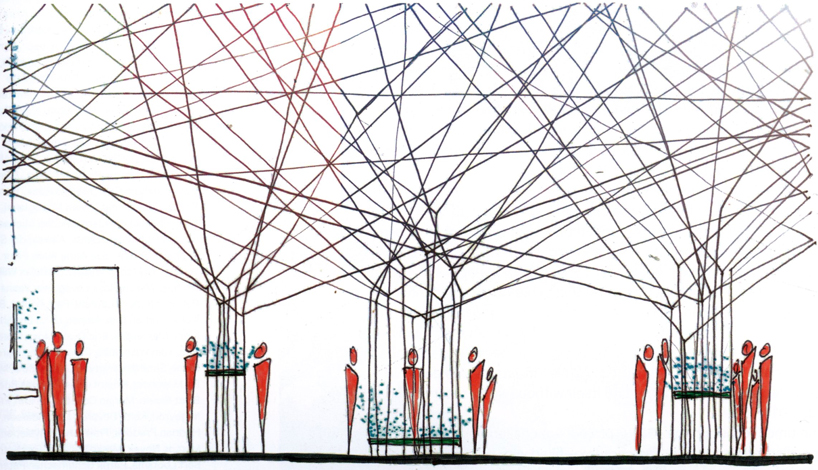 video courtesy of the kosovan pavilion