extell development company has unveiled renderings for ‘brooklyn point’, its first building in the borough. the structure, designed by KPF, will rise 68 stories and 720 feet (219 meters) to become the tallest tower in brooklyn. the high-rise will include 458 luxury residences with custom interiors and retail spaces at the ground level. the design seeks to complement the character and quality of its neighboring buildings. 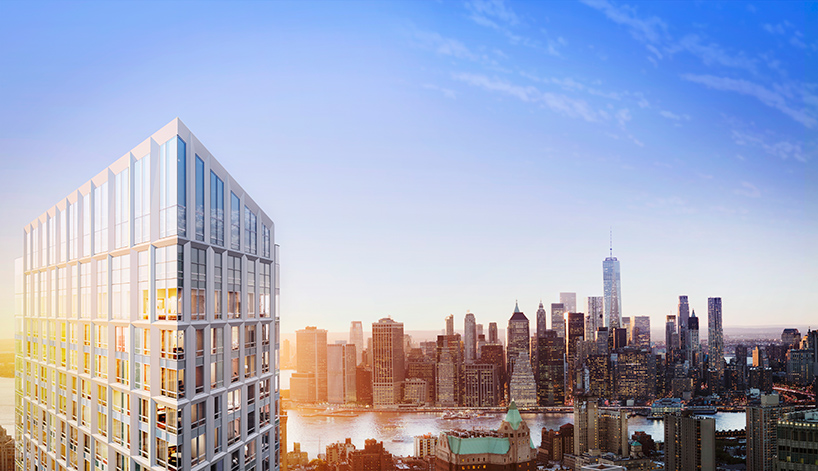 made possible by the re-zoning of ‘city point’— a large shopping and entertainment district in downtown brooklyn — over 40,000 square feet will be allocated to services and lifestyle amenities. the building’s prime location includes internal access to COOKFOX’s city point tower, the home of dekalb market, target and alamo drafthouse cinema. brooklyn point will be sited next to willoughby square, a park which is currently under development. 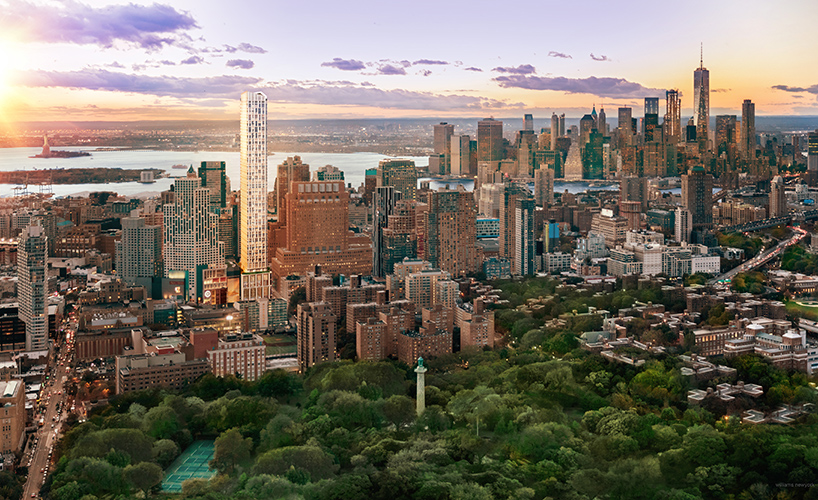 the design is characterized by a façade constructed from stacked frames to create a sculptural relief. the custom curtain wall’s double-height frames also serves to accentuate the verticality of the building. KPF is celebrated for its super-tall designs, such as the 555-meter lotte world tower, south korea’s tallest building, and one vanderbilt, which will become new york’s second tallest skyscraper.