kohn pedersen fox associates (KPF) has completed a 400-meter-tall (1,312 ft) commercial office tower in shenzhen’s houhai district. the supertall skyscraper, which is the city’s third tallest building, contains the headquarters of china resources — a state-owned group of companies spanning a wide variety of businesses in hong kong and china. designed to resemble the form of a winter bamboo shoot, the tower features a conical ‘sky hall’ at its crown, offering views of the dramatic spire above. 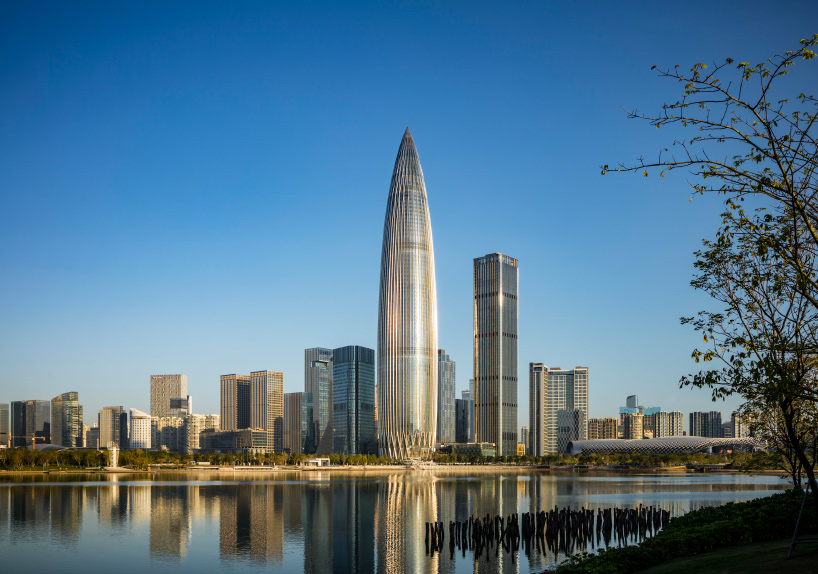 the ‘china resources headquarters’ anchors a larger KPF-planned development that comprises retail outlets, residential accommodation, offices, and public space. the brief called for a scheme that would invigorate shenzhen’s urban fabric while providing china resources with a visual icon symbolizing its historic growth and prominent stature. ‘the conical tower design shows a geometric boldness that reflects china resources’ pride in their past and confidence in the future,’ explains KPF president james von klemperer. ‘by marking the skyline, it will be one of the most recognizable buildings of shenzhen, china’s leading technology city.’ 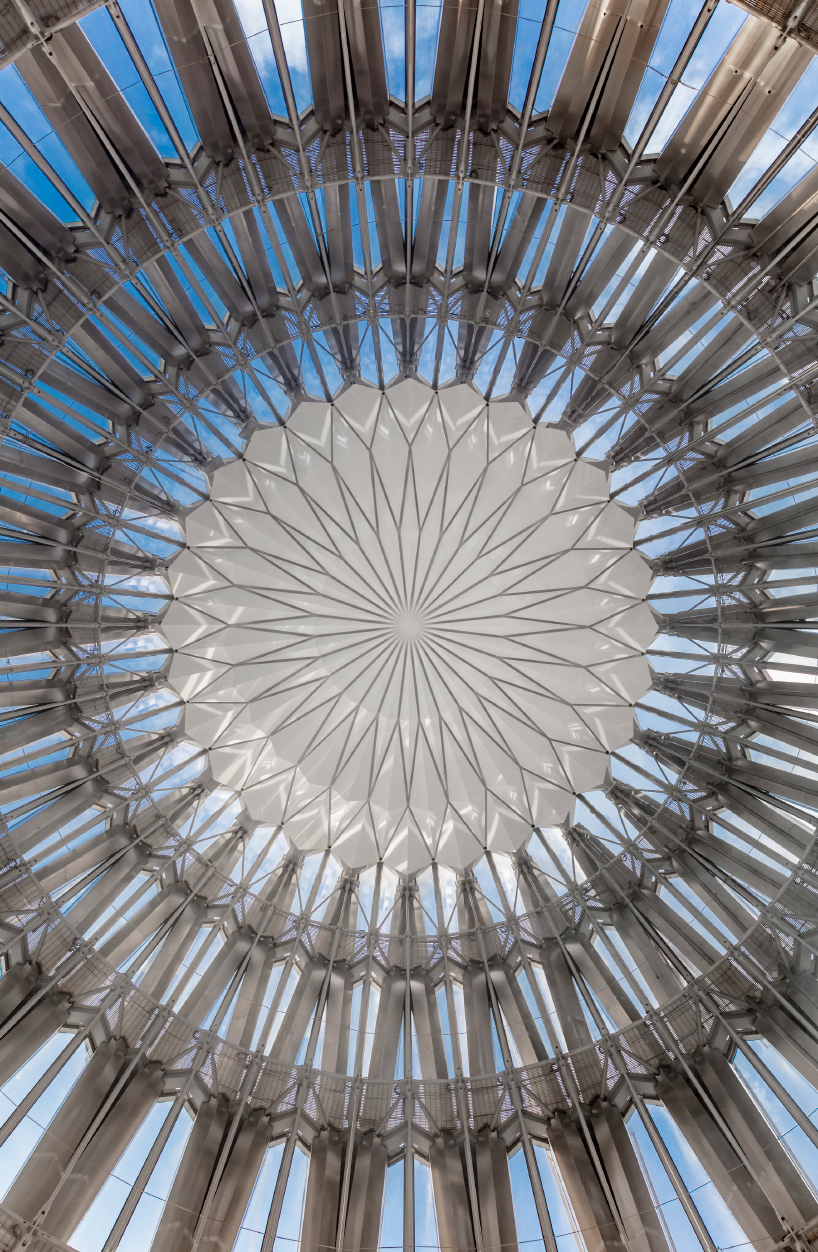 the skyscraper features a light yet stable tube and diagrid structural system that is expressed in its tapered, sculptural form. ‘rendered in pre-fabricated column and steel units, the system affords column-free interiors, in turn allowing greater expression of the tower’s radial symmetry and more boutique floorplates as it rises,’ says the design team. the 56 vertical columns converge into 28 columns at the lower and upper sections of the tower, forming a series of entry portals at the tower’s base and merging to a singular point at its peak. ‘at these junctures, faceted, triangular glass panels illuminate at night with a jewel-like brilliance across shenzhen’s waterfront business district,’ explain the architects. 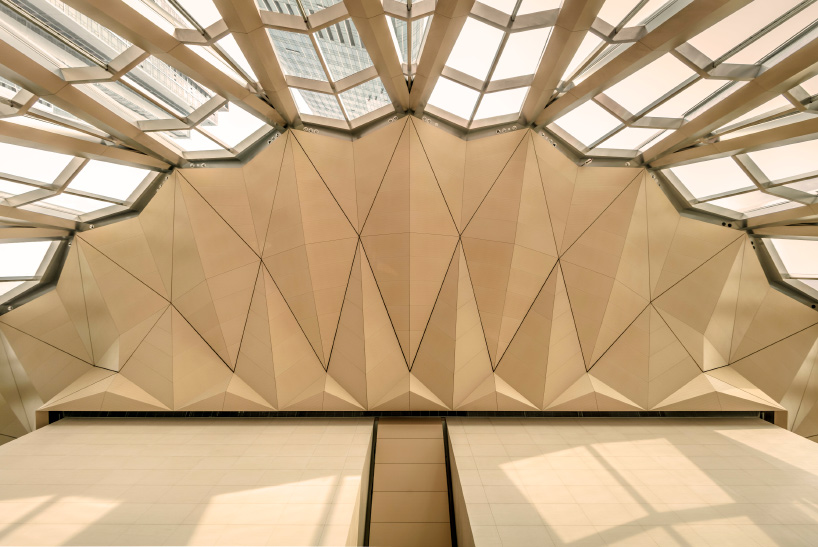 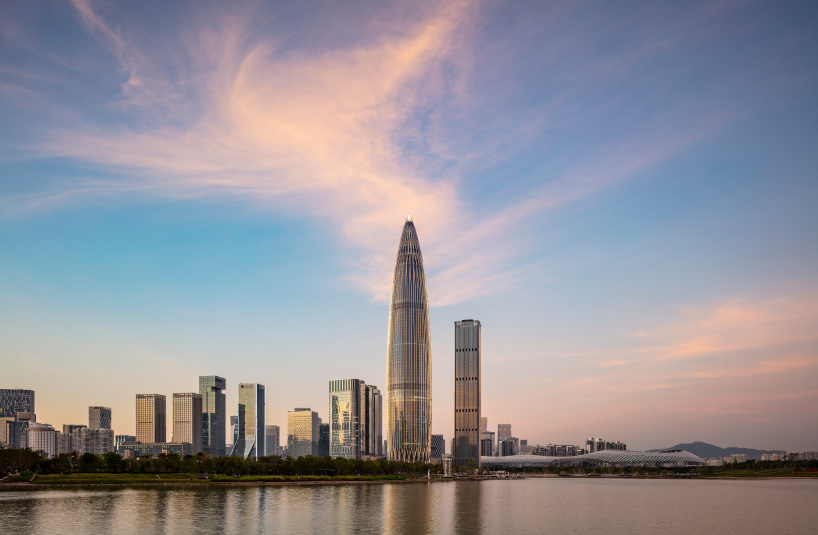 the supertall structure rises to a total height of 400 meters (1,312 ft)
image by tim griffith 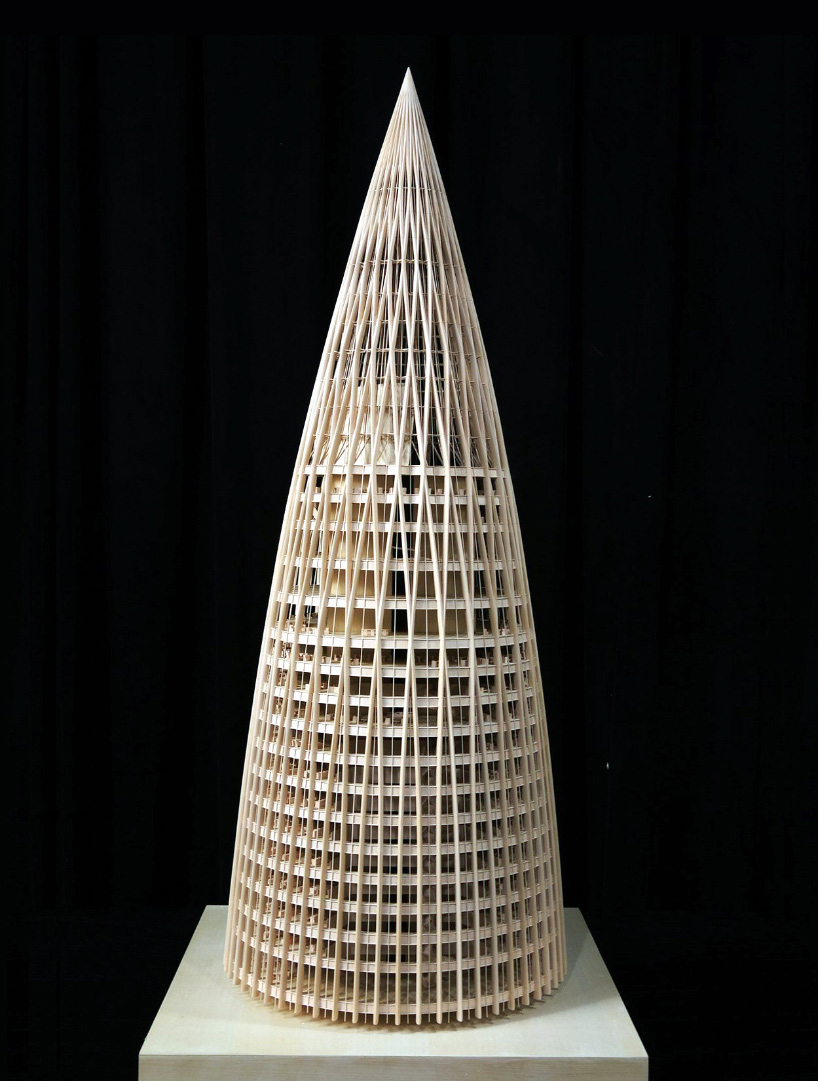 a model illustrating the tower’s crown