opening in fall 2014, the ‘riverside 66‘ in the he ping lu district of tianjin, china, will become one of the longest single structures in the region by merit of kohn pedersen fox associates (KPF). the retail project will stretch over 350 meters and will become a centerpiece in the commercial district that relates to its surrounding site by integrating the streets into the space. ‘with 22 seven-story high concrete ribs and over 10,000 panels of glass’ (audrey choi, senior associate principal at (KPF)), the exterior allows a transparency that links the activity to and from the shopping areas. the building, or ‘super shell’, is positioned by the hai he river, creating a quite visible monument for the city. jeffrey a. kenoff, director and senior designer at KPF, further states, ‘the project aims to activate the regenerated riverfront as it rethinks the role of china’s urban market.’ 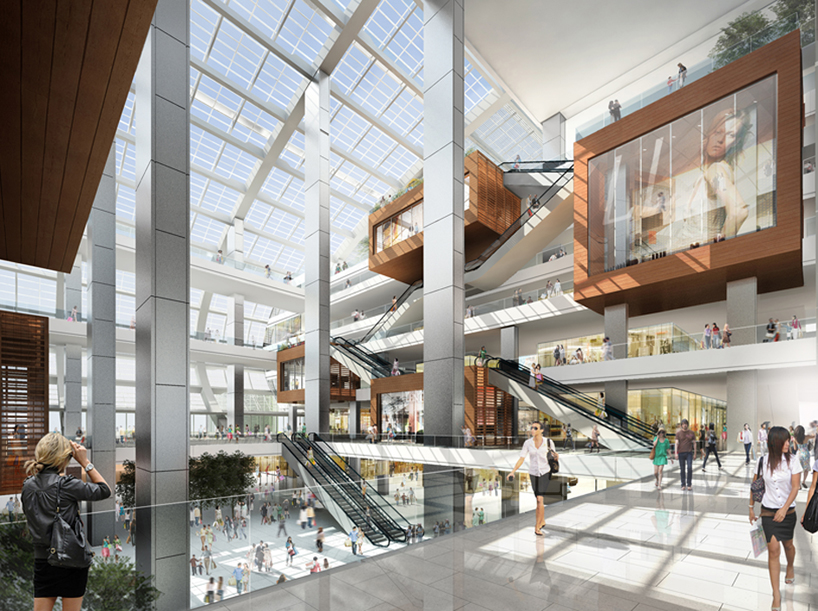 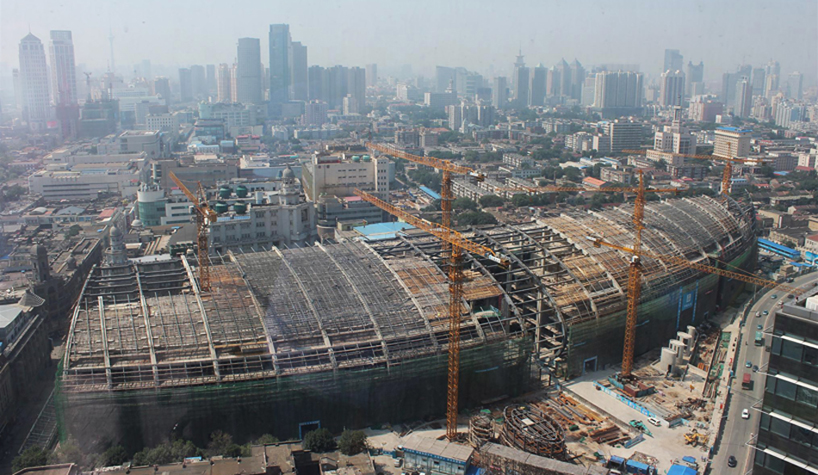 the verifiably massive building is used both as a plaza and a sheltered avenue and will be a central hub that integrates into the urban fabric which is already present. the megastructure will also feature a sky street, to allow visitors to experience higher altitude shopping. ‘riverside 66’ in tianjin has already won numerous awards including the ny AIA design award, and has now been pre-LEED gold certified.

image from the roof construction where 10,000 panels of glass will be installed 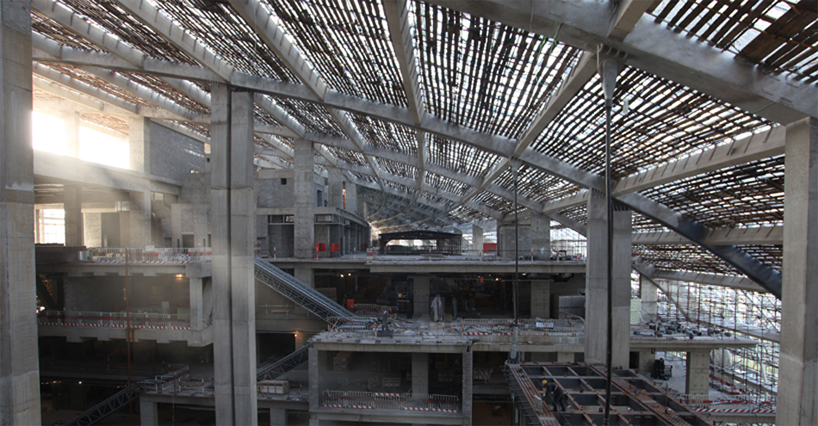 KPF design principal james von klemperer expresses, ‘now that the structural frame is complete, to wander inside a series of curved concrete ribs is something like it must be to see a whale skeleton from the inside. herman melville would have been inspired.’ 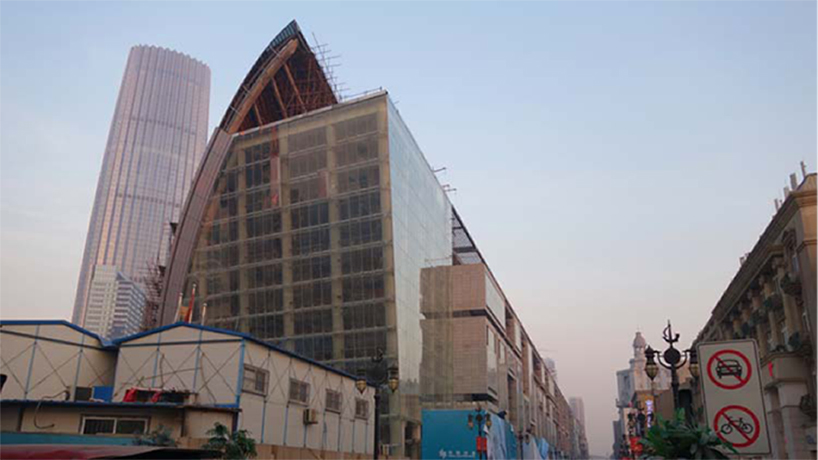 the glass form curves over 22 stories of retails and offices 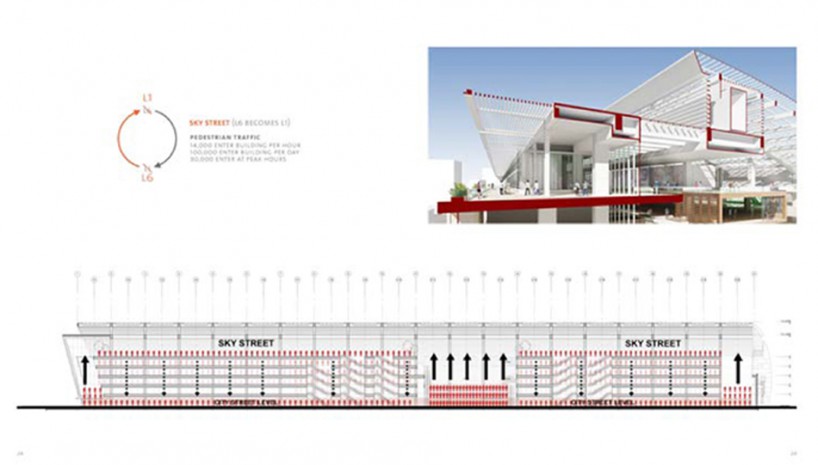 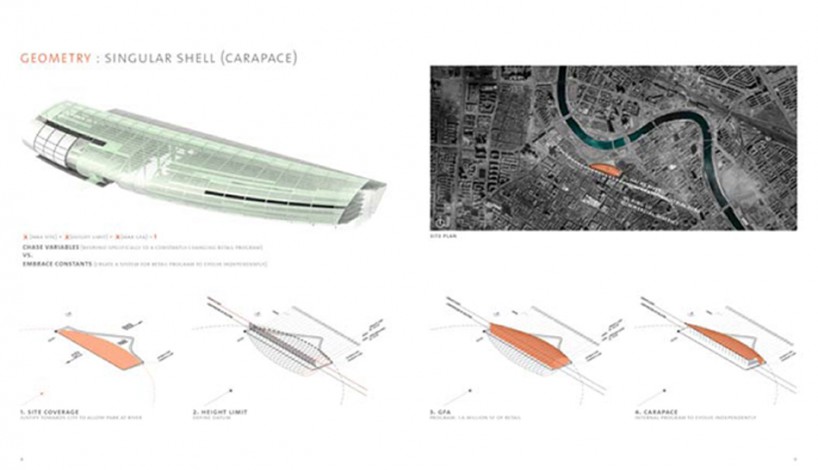 diagrams of the glass shell form 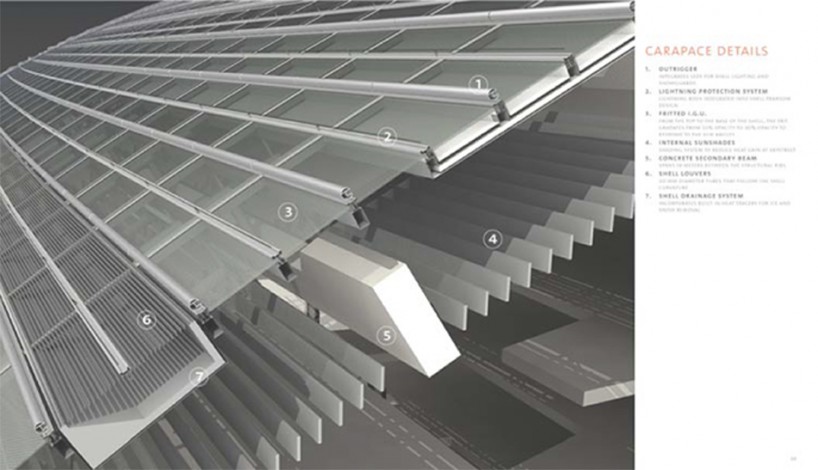