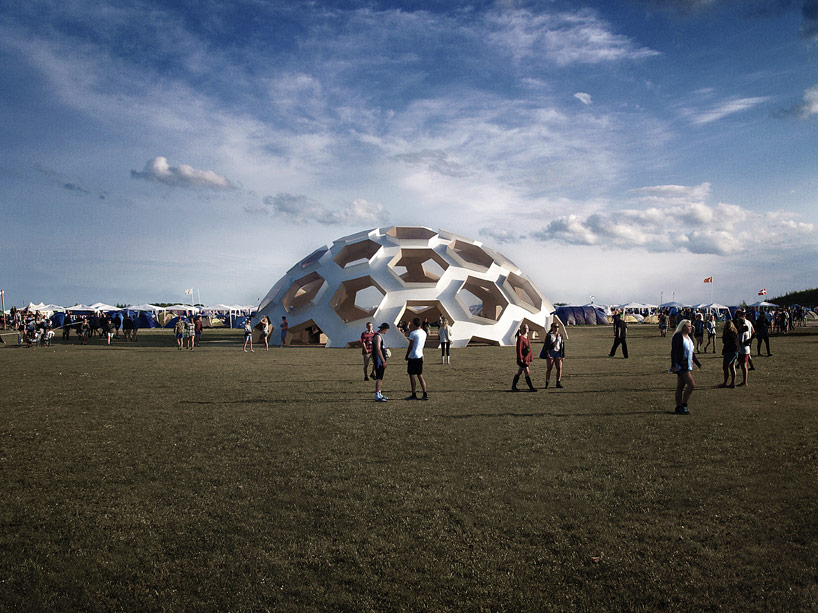 after the success of the 2011 geodesic dome made solely out of plywood panels, architects kristoffer tejlgaard + benny jepsen return with the next version that pushes the limits even further, constructing the next generation dome with minimal material and geometric structural properties to maximize area. taking cues from the naturally occurring carbon 240 molecule, the dome covers an area twice the size of last year’s and uses the combination of prefabricated hexagonal and pentagonal modules to create a thin timber structure easily erected in a short amount of time.

all images and video courtesy of kristoffer tejlgaard

a champion of the ‘do more with less’ adage, the project finds its home amongst festival goers in an environment known for its alternative lifestyles and freedom to explore new ideas. the entire structure is made out of single sheets of plywood and many, many screws. each modular piece is CNC-milled and designed to be handled by two people, easily assembled and dis-assembled, transported and stored for later use. around the windows dotting the surface, vertical panels perpendicular to the curved face frame the voids making it easier to cover them with a transparent waterproof membranes. 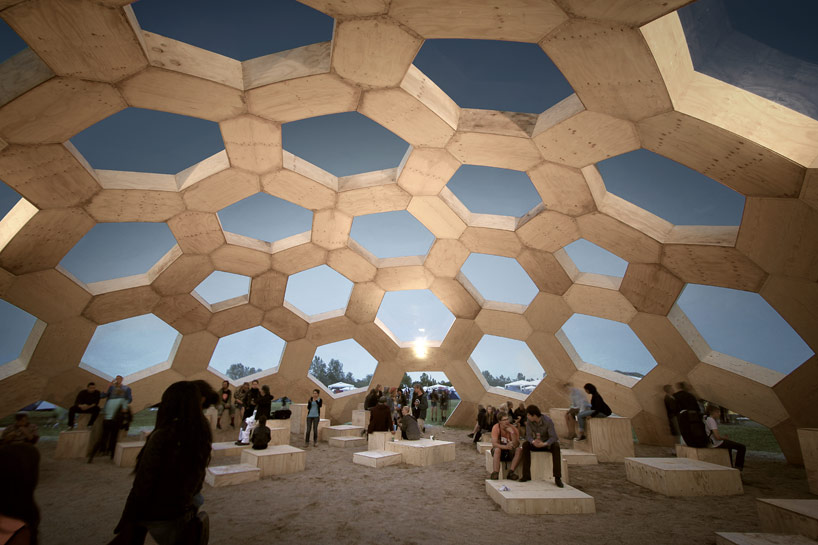 dome interior reveals the divisions of the individual modules

128 individual units and 240 nodes – taking literally after the carbon 240 molecule – are used to create twice the covered floor area that is suitable for a wide range of purposes. during the day the timber structure is the ideal setting for a stage to host several spoken events and a drawing workshop. at night it is filled with people, standing room only, with projections on the inside walls of the dome that form a spherical geometric mesh. on the fourth day of its 8-day campaign, danish collective artists ultragrøn painted each of the modules of the  construction to create a visual color wheel.

approach, first four days of the festival with a white outer coat

used at night as a party venue

glowing at night, illuminated from the interior 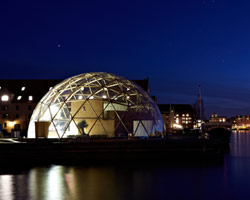 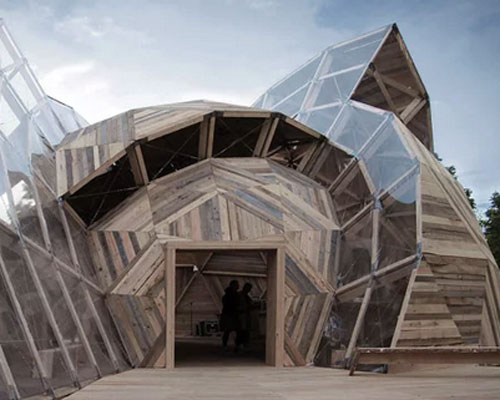 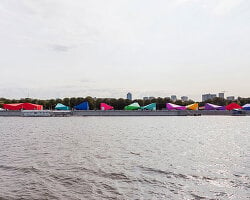 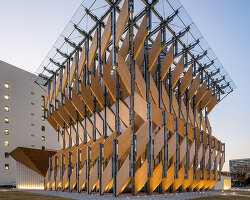 Jan 24, 2021
mold architects embeds nCAVED house into the island cliffs of greece
the dwelling exists without an exterior form, but as a series of occupiable volumes subtracted from the earth.
architecture
+3.3K shares
connections: +2990