originally from NYC, kurt hollander is a writer and a fine art/documentary photographer who currently lives in cali, colombia. in the following text, hollander introduces his latest photo series, ‘shimmering architecture’, in which he has captured the aluminum-clad buildings of the colombian rainforest city of quibdo.

if you should happen to fly into the colombian city of quibdo on a clear day, within the vast green rainforest surrounding it and the serpentine cappuccino-colored atrato river that flows by it, you will see the city literally shimmer. qubido is an unlikely urban center in the middle of one of the most bio-diverse areas in the world. originally a major center of indigenous dwellings, the city has maintained its indigenous presence while becoming one of the largest afropolis or negropolis in the americas. 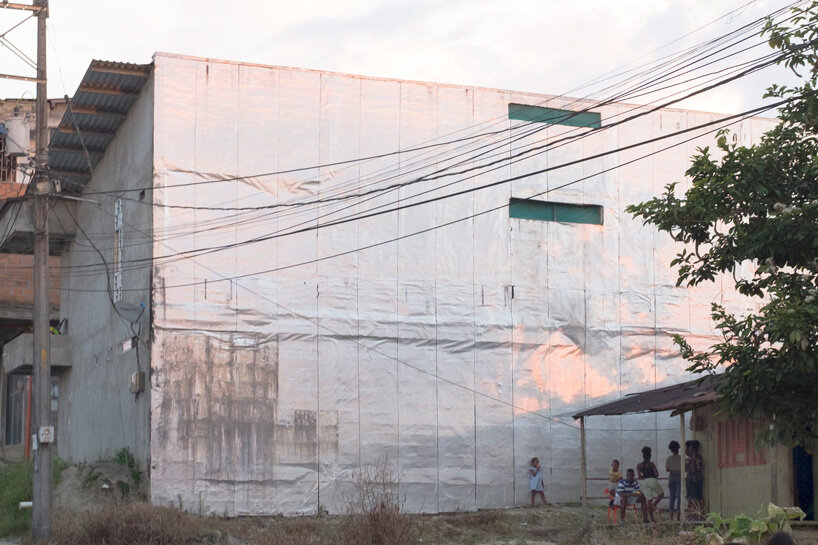 quibdo is the only major city of colombia where its ruling class and population are mainly afro-descendants. settled amongst indigenous communities scattered along the length of the atrato river, the city was originally a gold and platinum mining town made possible by slave labor. precious metals have been extracted from the region since the spanish conquest, and they represent a major part of the region’s formal and informal economy.

in quibdo, there are dozens of shops in the city center that buy and sell gold and platinum, in the form of powder, raw metal or as jewelry. as much as these metals have defined the economy and the culture for the last five hundred years, there is a pronounced lack of metals in the buildings and constructions of the city, a clear sign of underdevelopment and extractive colonialism. it is this lack of modernity, however, that makes quibdo so attractive. 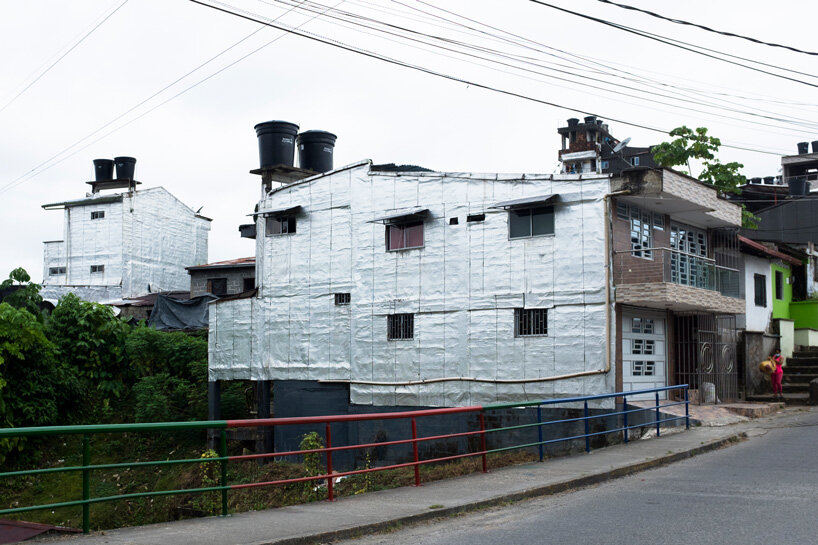 the city is known for its large number of palafitos, simple wooden houses hovering aboveground by the use of wooden stilts that protect the buildings from flooding caused by intense downpours and overflowing rivers. traditional indigenous homes are elevated, round, wall-less constructions with high conical roofs made from palm leaves and with floors made with local bamboo cane. these constructions offer a maximum openness to the elements that allow the wind to circulate freely in order to refresh the interior. 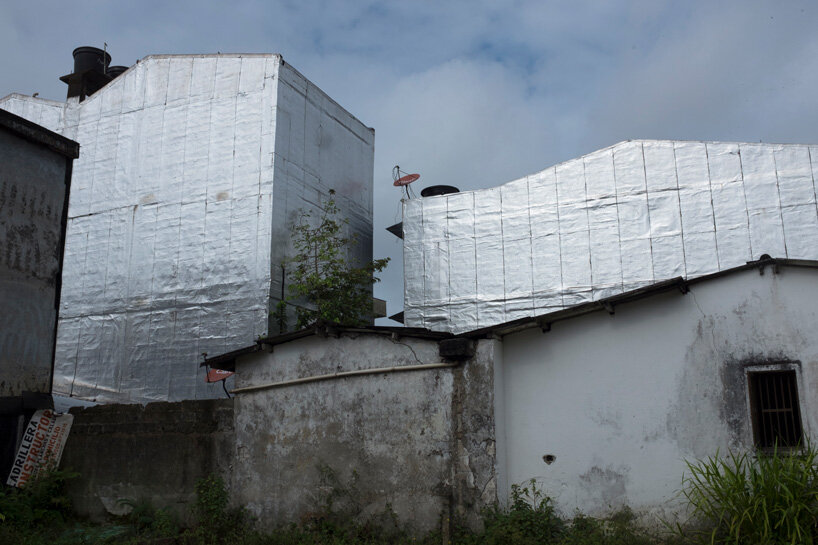 the afro-colombian communities in quibdo used the same materials for construction as the indigenous communities but constructed mostly rectangular dwellings, adding outer and inner walls and doors to their dwellings, and using lyme and gympsum to cover and whiten the bamboo walls. over time, migrations from larger urban centers brought with them the use of bricks, concrete and metal, as well as more conventional urban designed constructions. all types of constructions, from indigenous, black and mestizos, coexist in quibdo today, though the modern forms of constructions continually displace the others ever further from the center or create exclusive residential zones in the suburbs of the city.

homes made from natural materials easily blend into their surroundings, while modern constructed make a point of adding colors and textures and from manmade materials nowhere to be found in nature. over the centuries, quibdo has incorporated many of the conventional architectures from europe and USA, but the city still conserves traditional styles of architecture. wooden houses have been prohibited since the 1960s, due in large part to the problem of fires, but they are still among the most common in the informal architecture of the marginal zones created to meet the need of migrants. 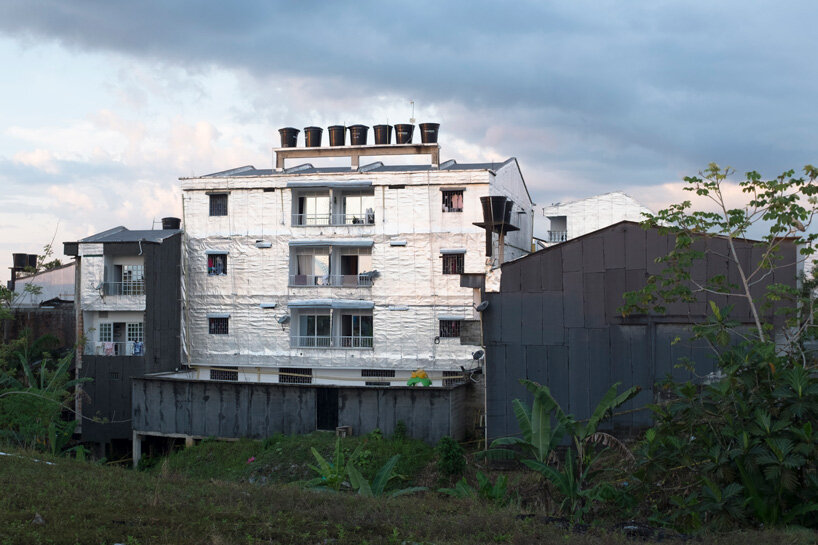 wood and bamboo cane in quibdo have mostly been substituted by cement blocks and bricks, while the palm leaves have been replaced by zinc roofs. zinc or galvanized steel roofs, introduced into the city in the late 19th century, were the first modern architectural elements to be incorporated into local architecture. wire screens for the doors and windows, which kept disease-spreading mosquitos out, also became an essential element of new constructions, adding extra shine to the exterior of homes. besides protecting constructions from the rain, shiny metal became a status symbol, one that immediately distinguished the social level of the inhabitants. 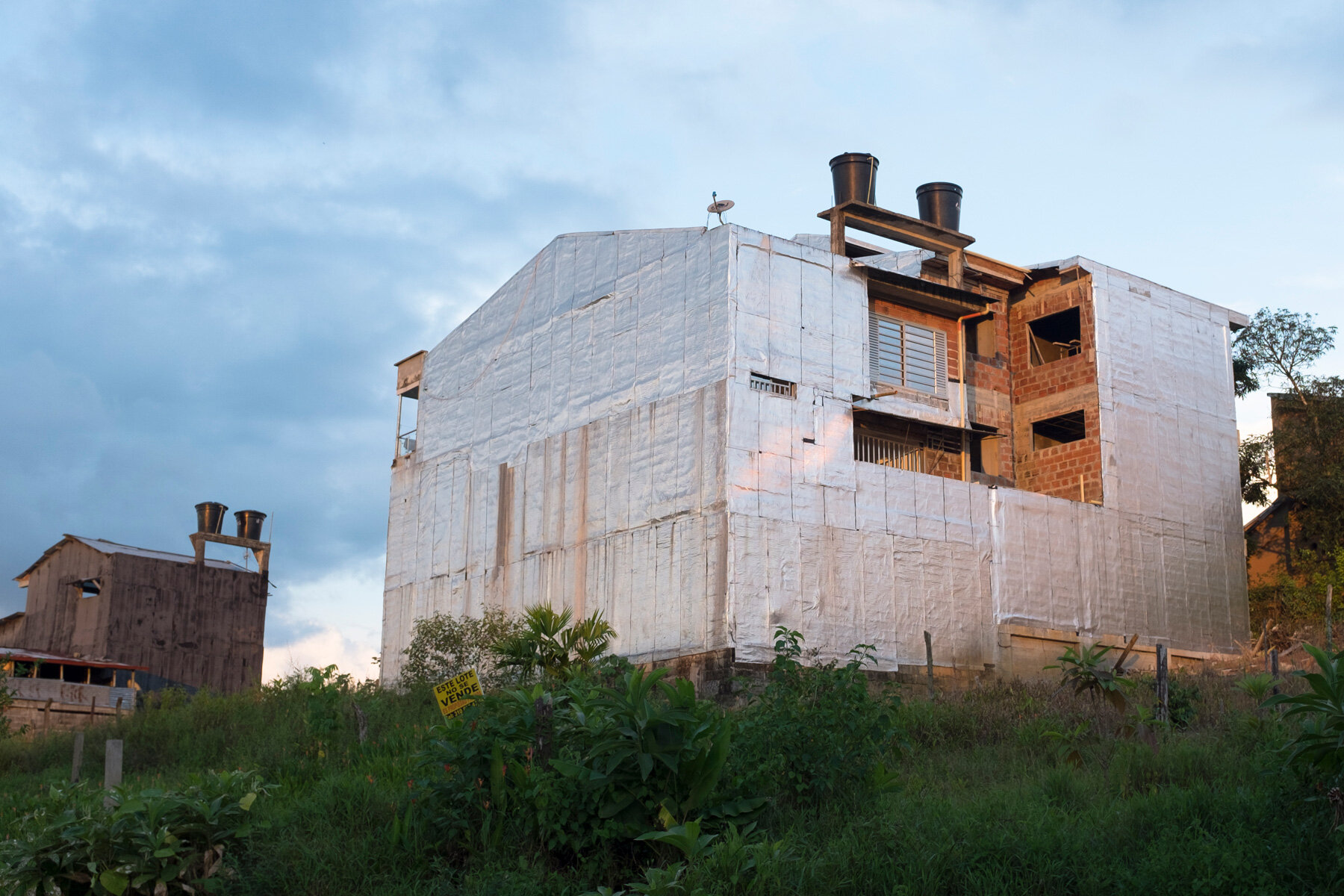 in the past few years, a new element has come to define quibdo’s architecture, distinguishing it from all other colombian cities and giving it an extra sheen of modernity. self-adhesive asphalt with an aluminum foil surface, imported from china, is the latest building material to make its mark in the urban landscape. this material is designed to be moisture-proof, air tight, solar ultraviolet light and abrasion resistant, and provides excellent heat insulation (reflecting more than 90% of radiant heat). this self-adhesive asphalt is easy to install and is an excellent sealant that conforms to any surface.

with elastomeric polymers and fiberglass, this product excells in elasticity, plasticity, flexibility and durability, resistant to traction and weathering. it can withstand sudden changes in temperature and can keep the temperature of the exposed surface and inner spaces within comfortable limits. although this product is designed to serve as insulation and protection for rooftops, the rolls of aluminum have been repurposed in this rainforest city and are almost exclusively used to protect the concrete and brick walls of buildings from the ravages of a very extreme climate. 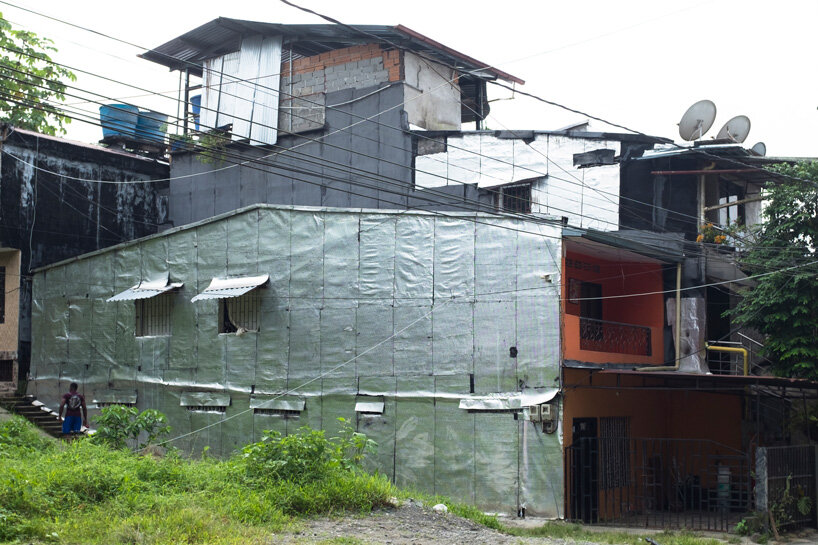 quibdo, whose rainy season lasts year-round, has the highest amount of rainfall of any city in the world and is considered the wettest place on dry earth. the city also averages around 90 F throughout the year and receives a constant, intense bombardment of solar rays. in precious metal territory, all that glitters is good, and this goes for buildings, as well.

shiny metal siding for buildings is a vertical status symbol, one that converts unattractive concrete and brick homes and buildings into sexy, shiny monuments that stand out from their surroundings. besides the esthetic and social status it provides, aluminum and asphalt siding also makes sense in the very extreme weather of quibdo. with its resistance to extreme heat and constant precipitation, as well as for its low cost and easy application, it could become the go-to solution for climate crisis architecture, a platinum spacesuit built to withstand the most extreme weather conditions on earth. 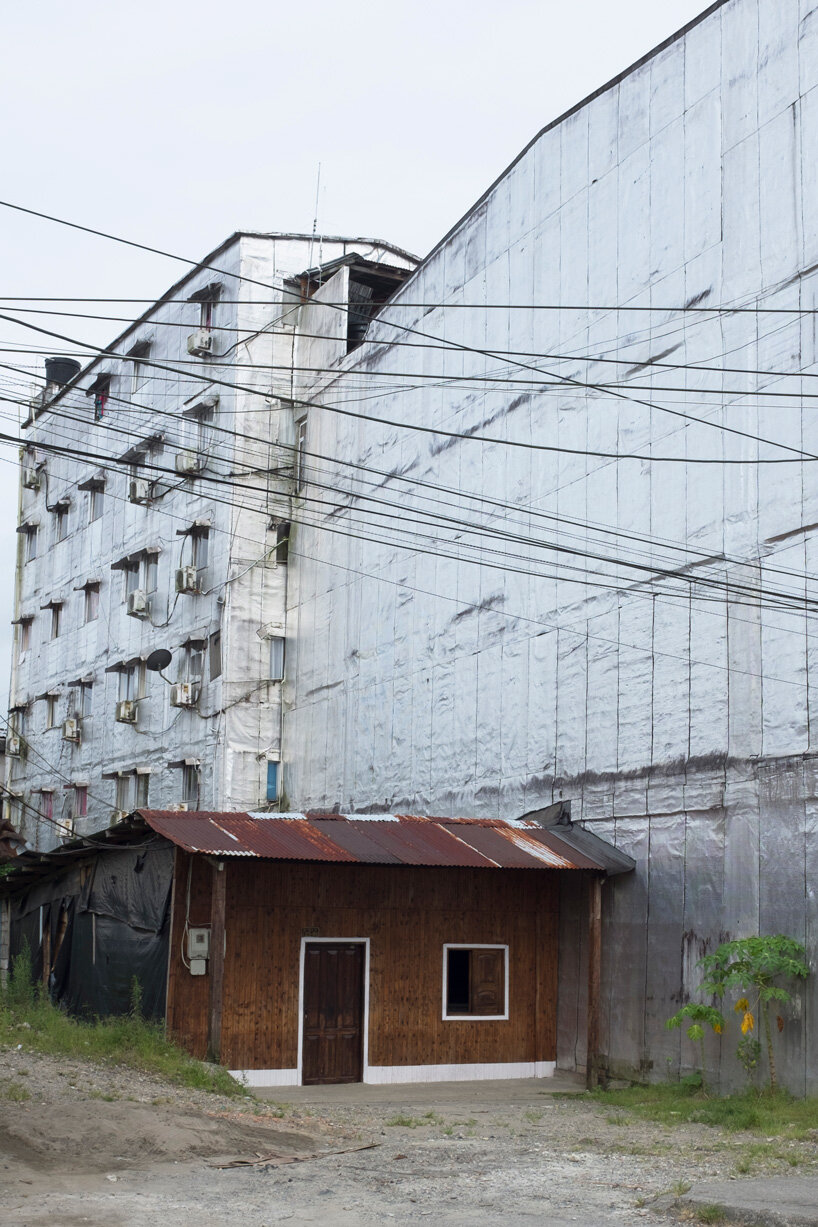 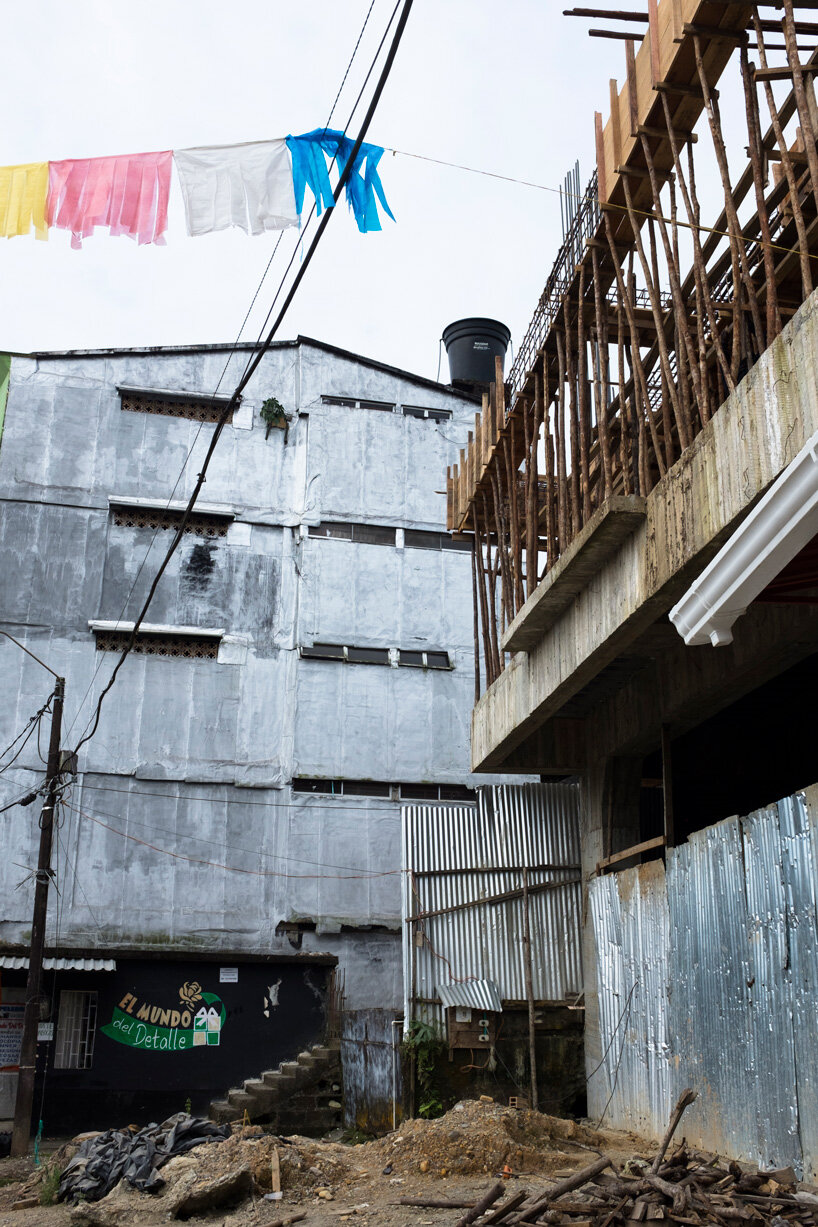 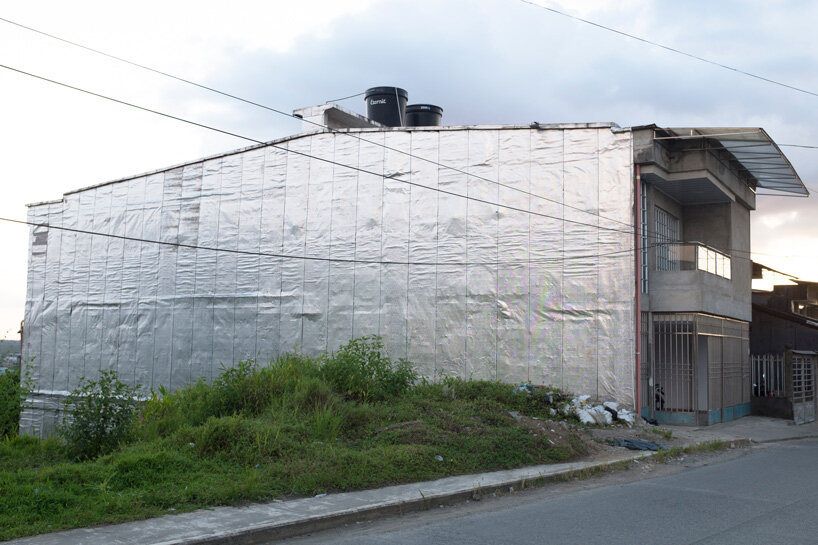 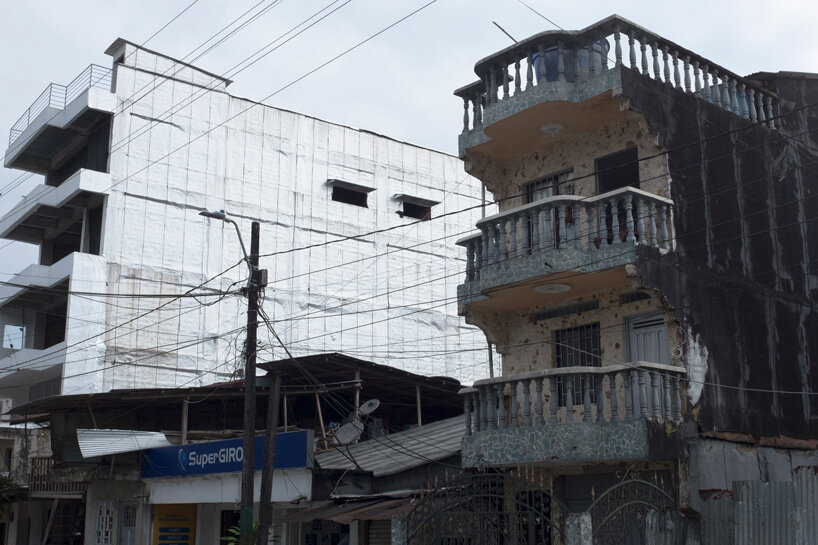 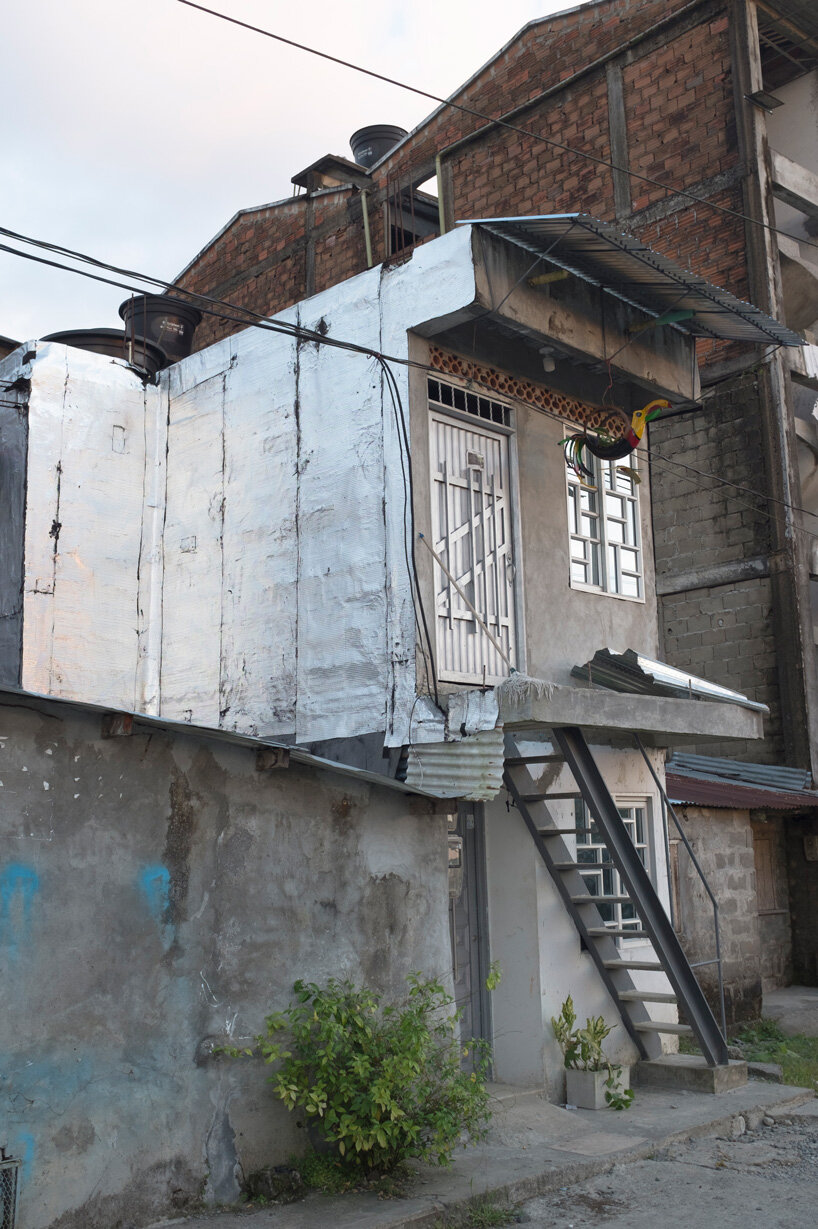 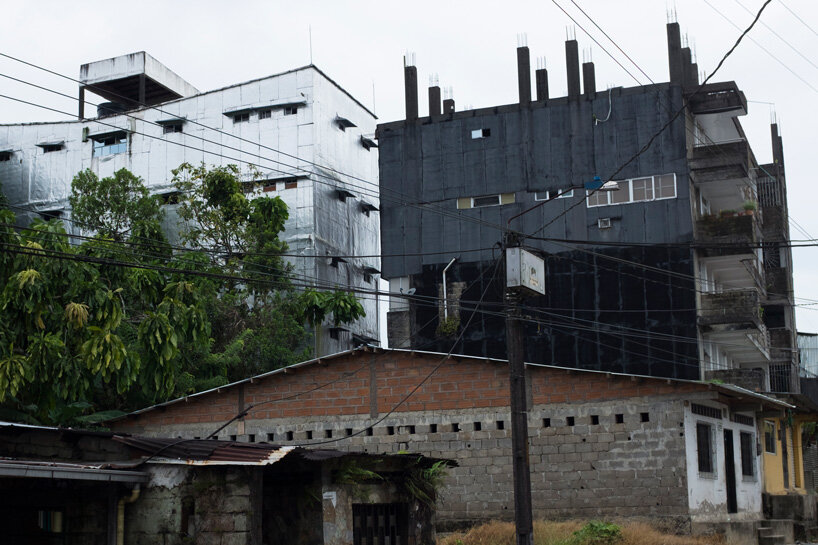 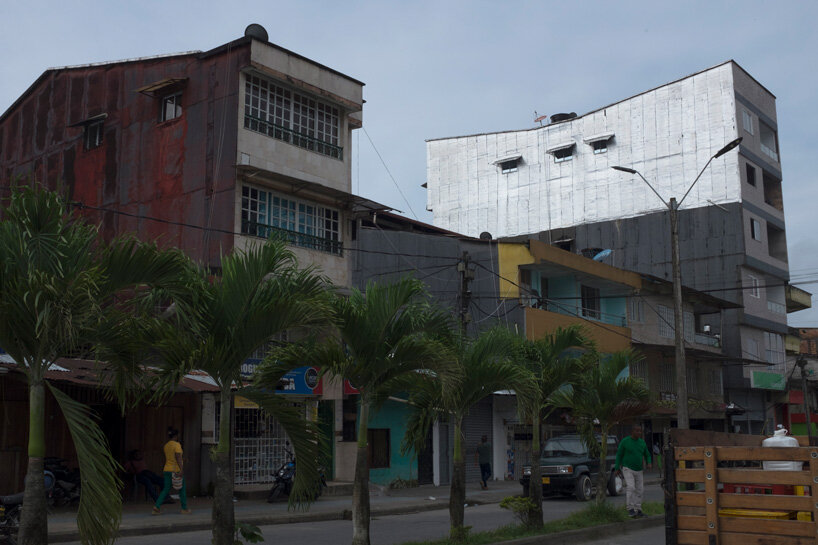 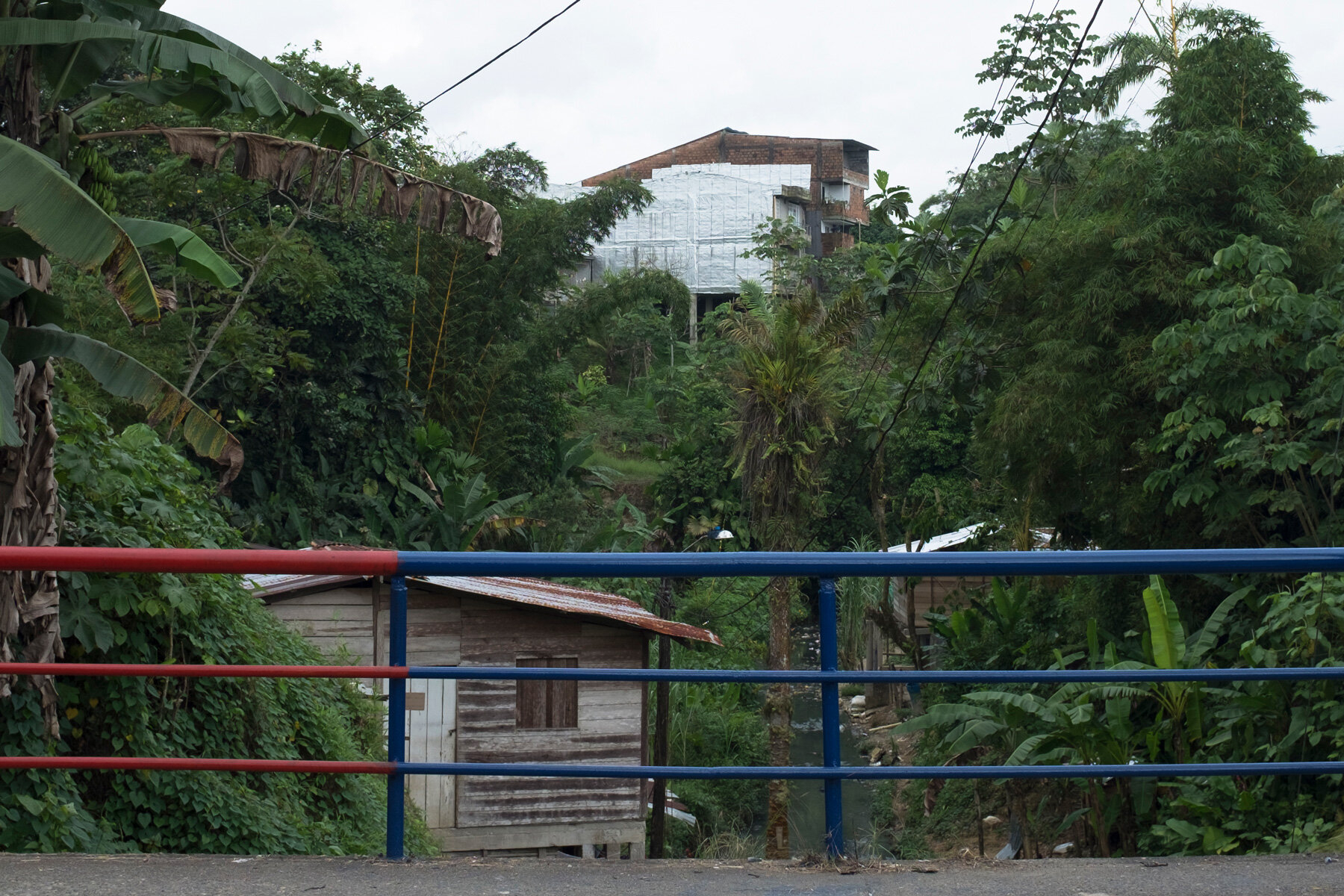