japanese architects kyoko ikuta architecture laboratory (kyoko ikuta) and ozeki architects & associates (katsuyuki ozeki) have sent us images of ‘forest bath’, a single-storey summer home in nagano, japan. situated on a flat site which does not have the vantage point for sweeping views, the design carves out a triangular plane into the structure’s form to extend the eyes obliquely up towards the sky. 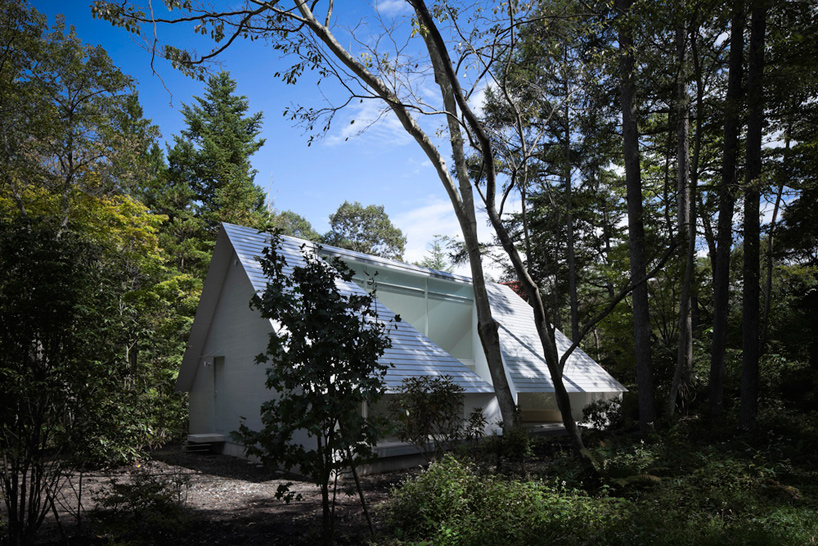 surrounded by tall larch trees, the low-lying dwelling keeps its presence quiet by taking on a relatively simple profile with a large symmetrically-pitched roofline. the dramatic angles of the roof is excised with a triangular void that lends a level of transparency to the solid exterior. the negative space serves as a private outdoor courtyard that opens up to the lush trees at an upwards trajectory. a wide band of glazing that runs along the foot of the elevation creates the illusion of a floating roof. 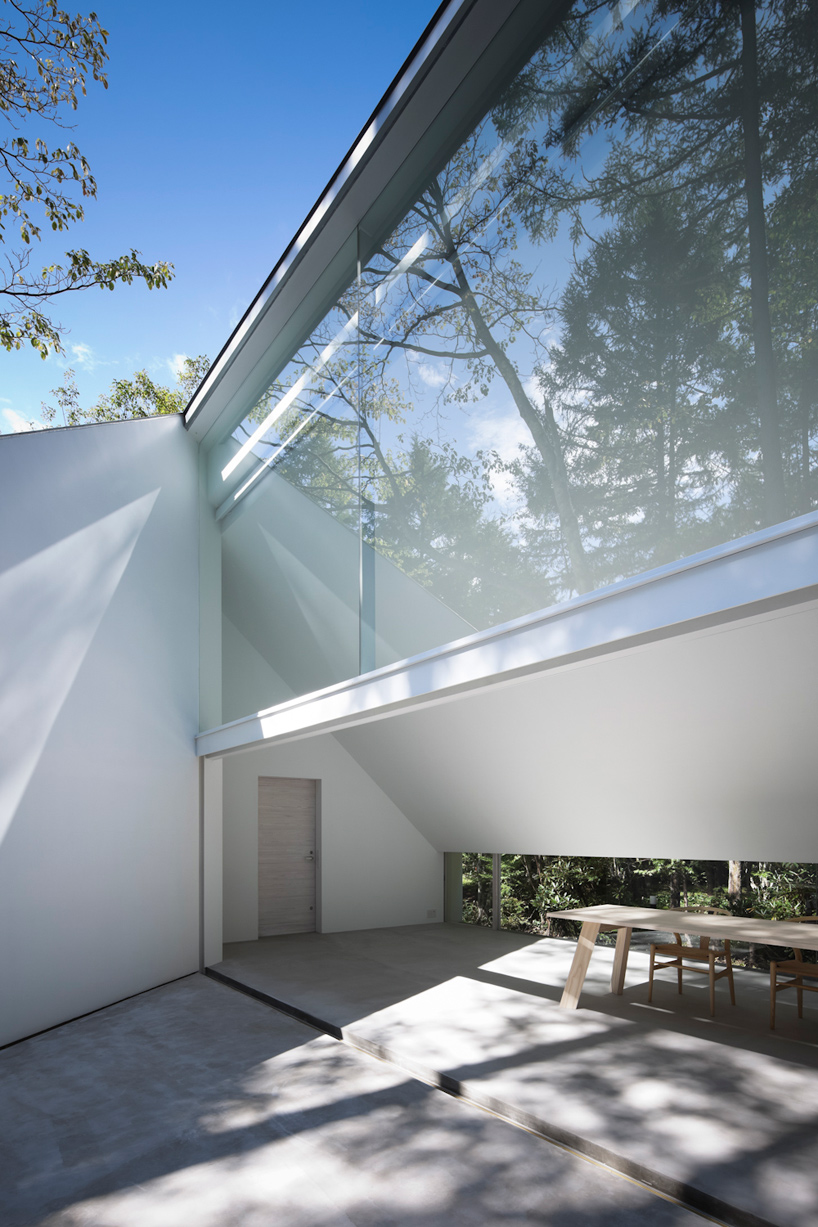 featuring a floor-to ceiling window that acts as an open interface between the courtyard and the interior, the living space within gains abundant amounts of natural daylight that gradually shifts throughout the day. the insertion of the triangular outdoor space determined the layout by generating two wings on either side of the floor which serves as the bedroom and bath. the tapering walls and ceiling result in a dynamic interior that naturally funnels visual focus out towards the forest and trees. 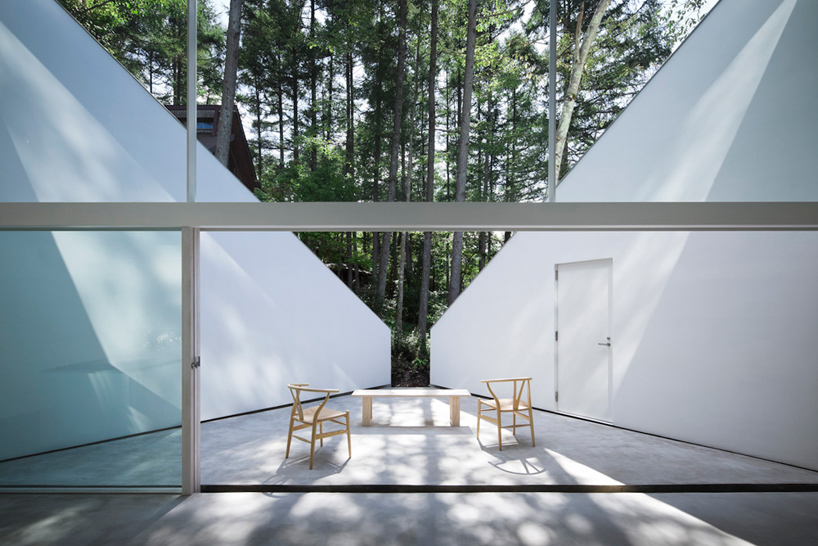 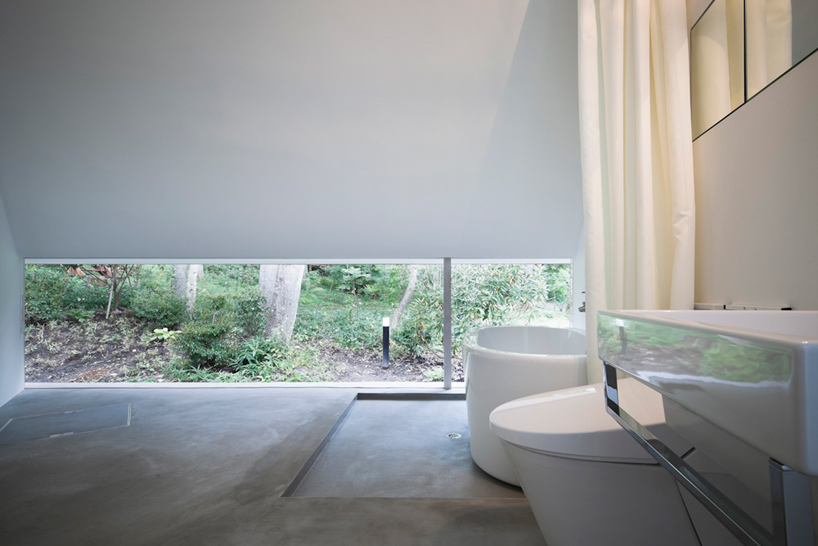 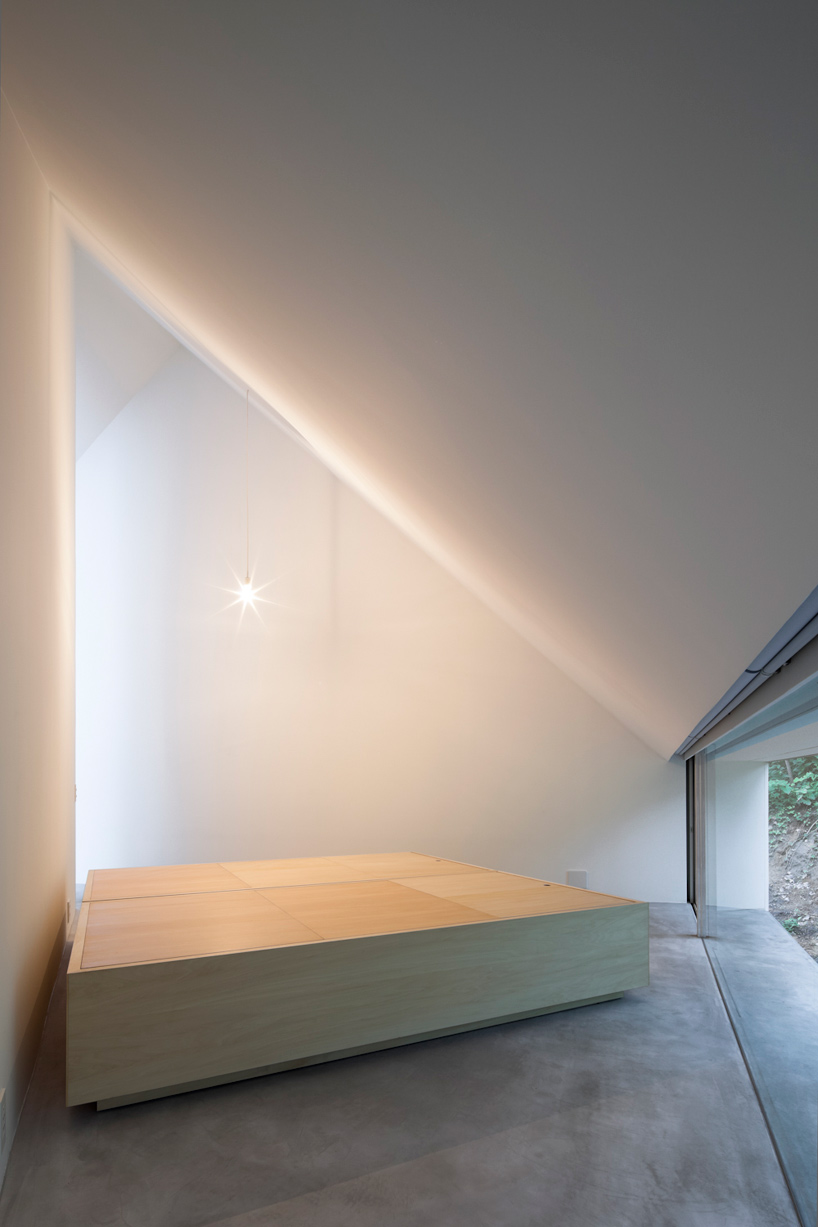 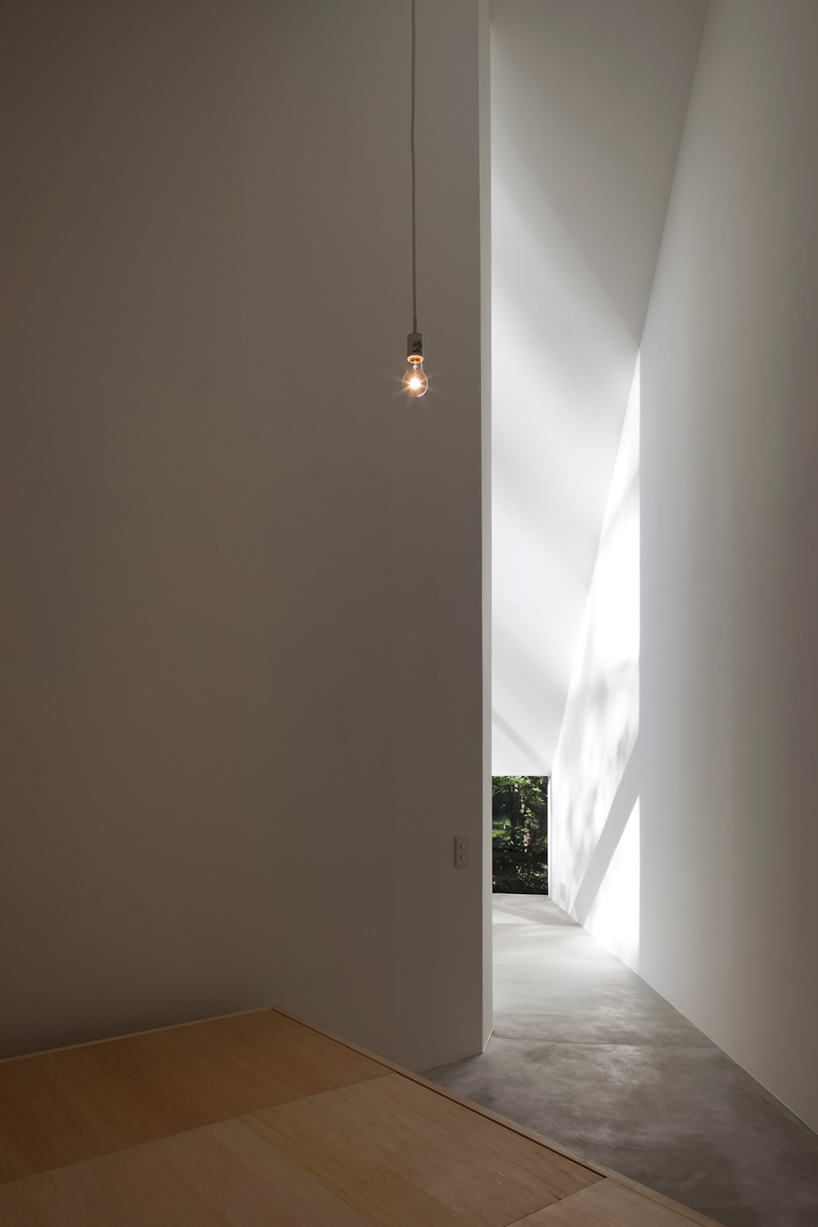 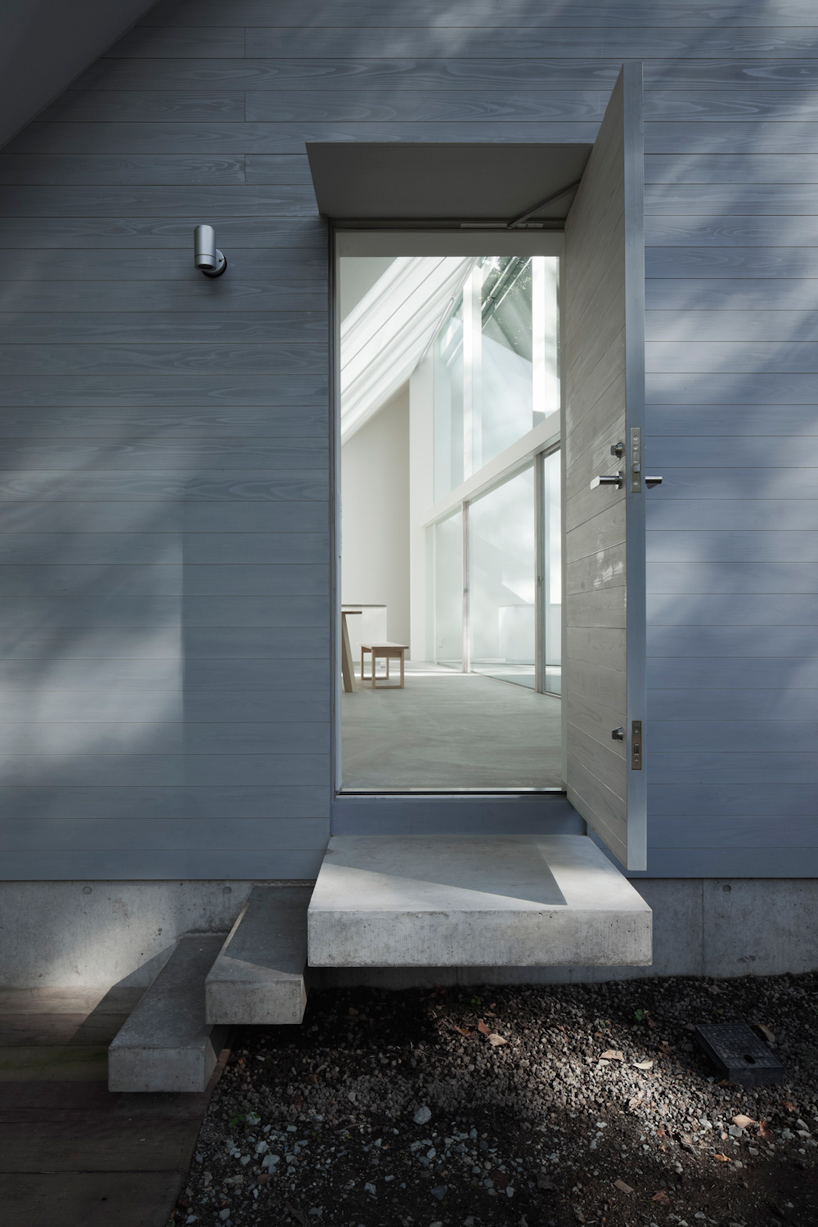