the low lying structures that make up the ‘desert house’ in santa fe frame a series of courtyards and covered terraces, engaging the arid landscape to reflect its various qualities. lake flato designed short exposed concrete wall sections that extend from the buildings into the site to retain subtle grade changes and act as wind barriers in the winter. rusted corrugated metal siding initiates a conversation with the surrounding greens and purples that eventually fade off into a jagged horizon. southern light enters the structure through a clerestory opened by the single-pitched roofs, reflecting through the perforated metal ceilings that also absorb sound.

courtyard between the buildingsimage © frank ooms

the east-west orientation of the main living space captures the transforming qualities of light throughout the day, containing at each end a semi-covered porch dedicated to the sunset and sunrise. perpendicularly to the living and dining area, an art gallery and office mark the entrance to the master suite facing due east. a covered loggia leads to the structurally separate garage and services structure that contains a bridge space housing some of the guest room functions. a series of rectangular concrete pads leads to another individual and partially subterranean guest house which uses the earth as a natural insulator.

view from the landscapeimage © frank ooms 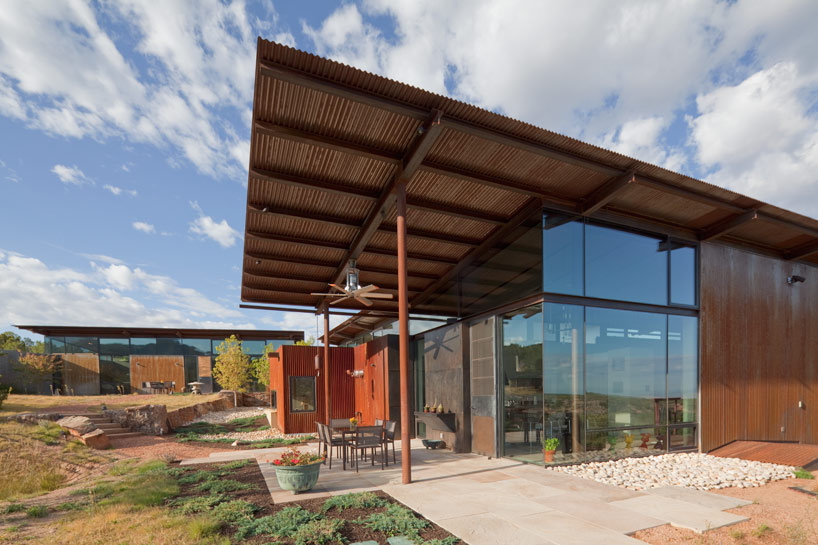 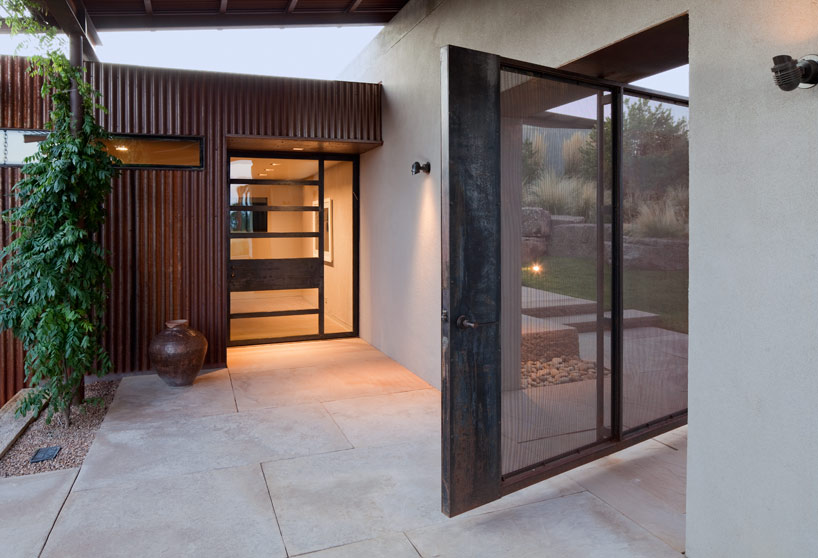 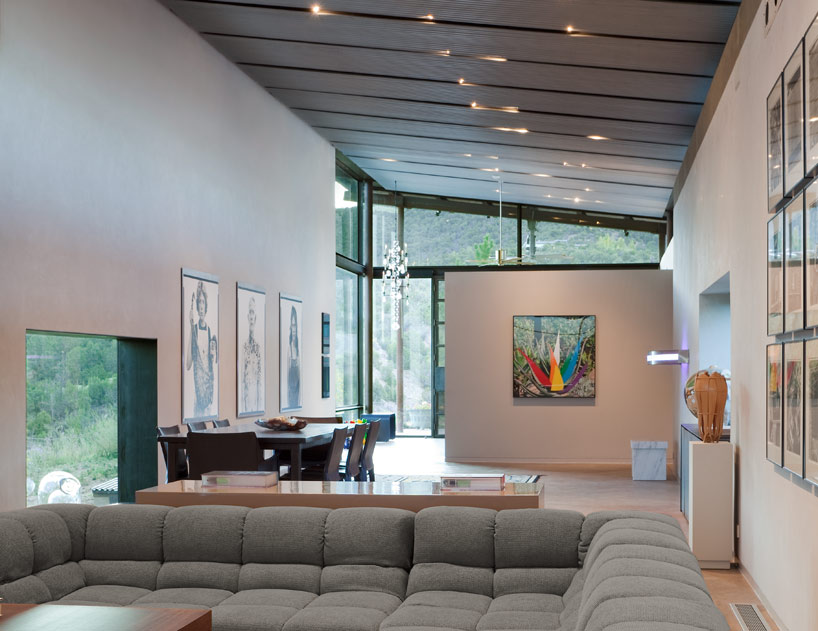 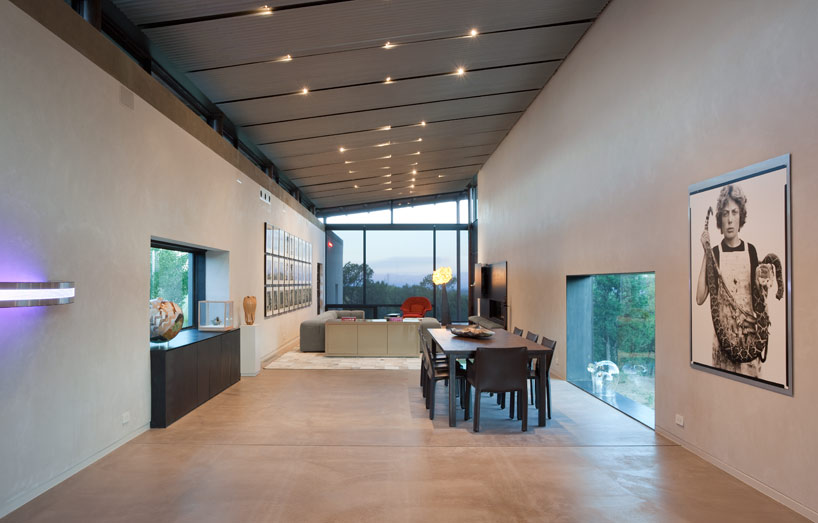 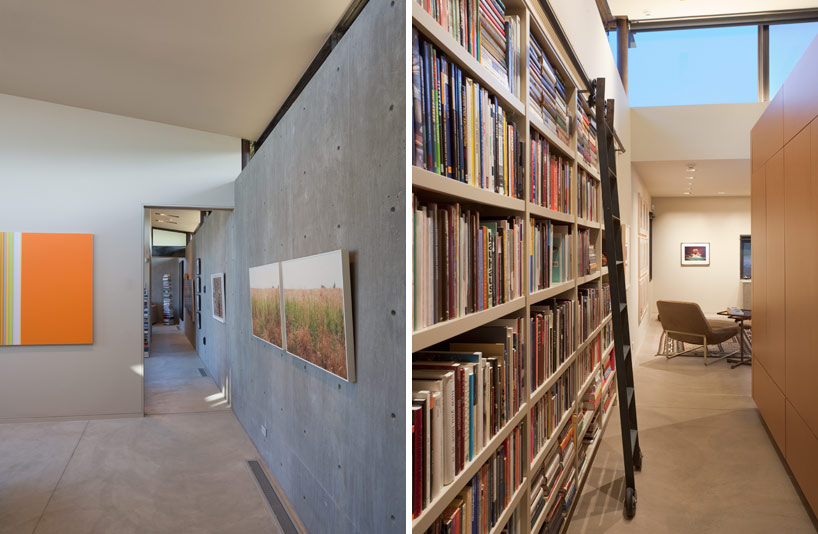 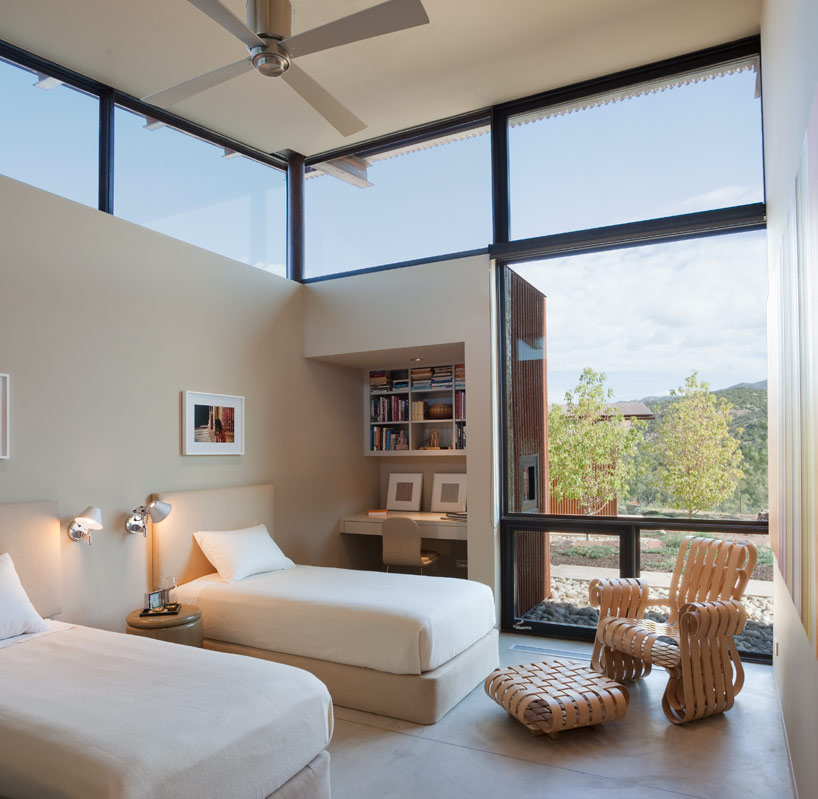 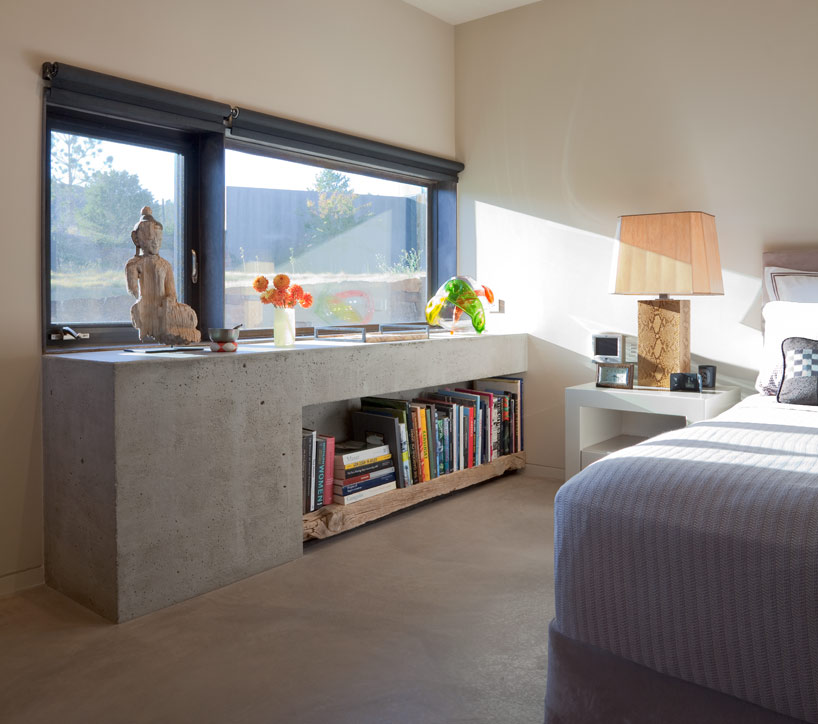 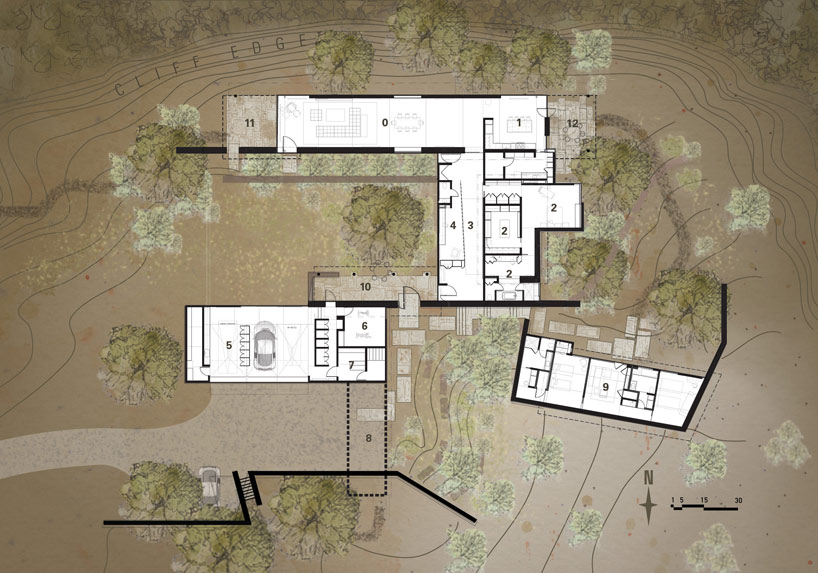 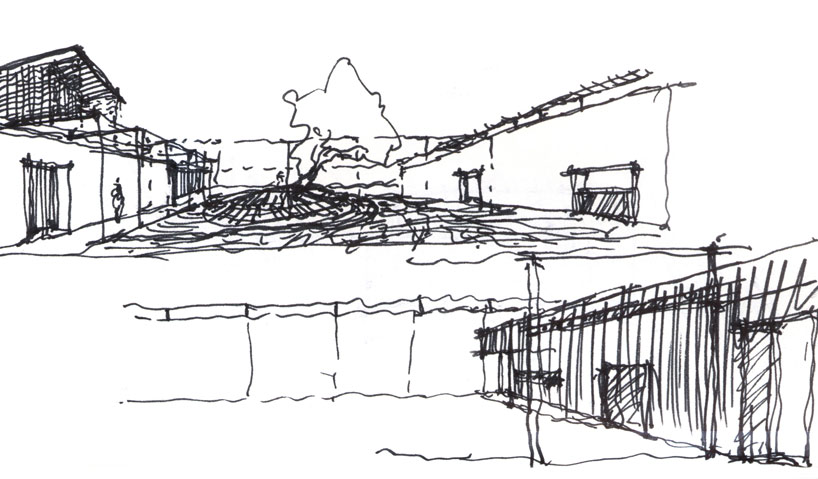 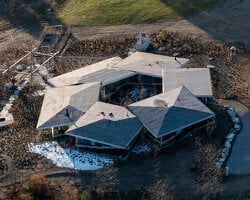 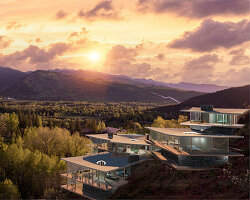 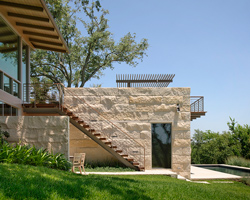 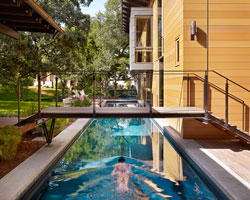 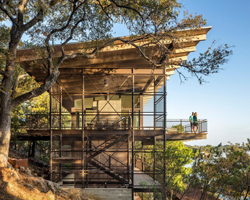