LAN architecture designed this double skinned residential building for a competition in paris. although they eventually lost out in the competition the building has a number of unique features worth highlighting. the structure of the building is rather distinct because it uses a double skin that helps insulate the building, while the outer most skin produces energy through photovoltaic cells. composed of meta, this outer layer would also serve as a sun barrier all year long, giving the building high thermal performance. the design of the building aimed to integrate compact living in a vertical tower. the building would have bordered a park on the south and west, overlooking the city of paris. 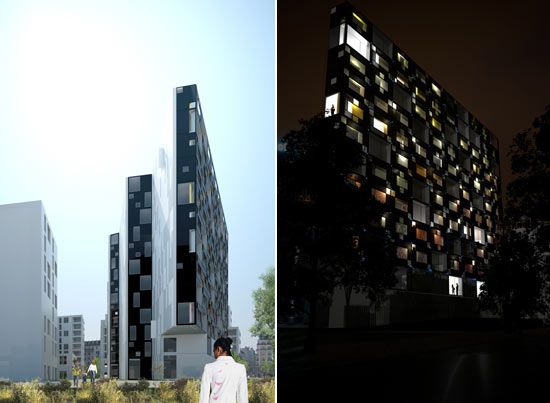 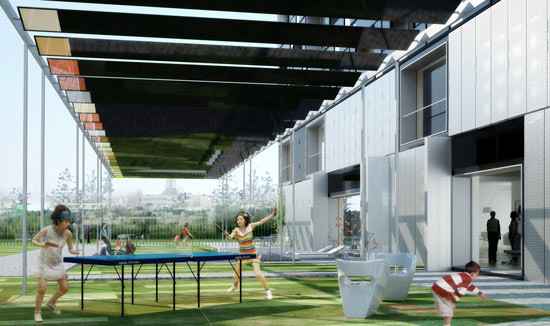 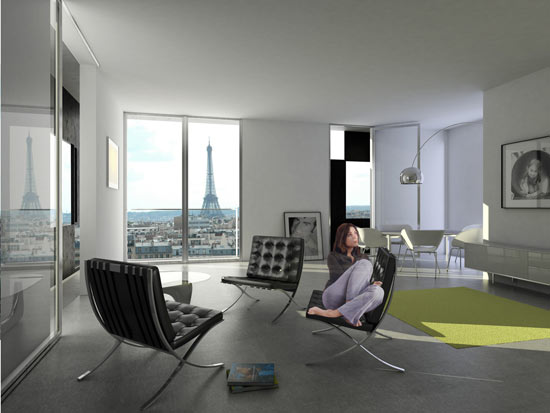 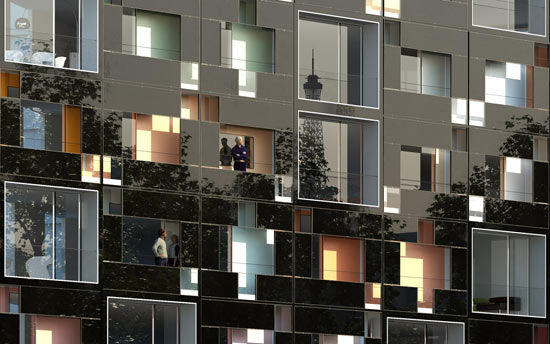 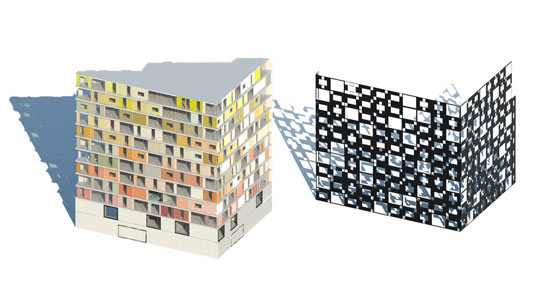