paris-based practice LAN architecture (benoit jallon, umberto napolitano) has completed ’70°sud’, a multi-storey housing project on the former site of the renault factories in boulogne-billancourt, france. existing within a highly complex site, the corner building explores notions of ‘simplification, subtraction and timeless values’ to create a low-cost design that seamlessly inserts itself into the urban fabric. 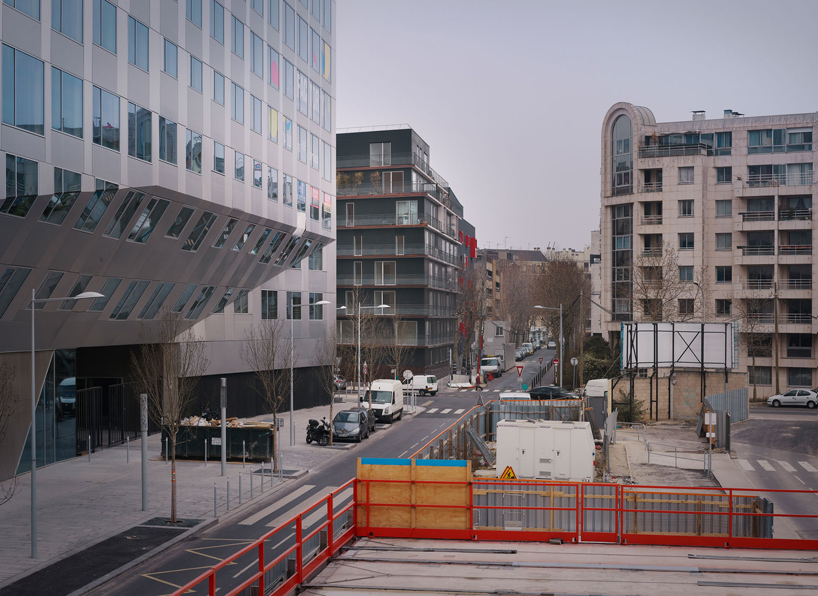 standing on an asymmetrical corner plot measuring 839 m2, the compact design seeks to respond to the urbanity of the yves kermen and emile zola streets, and the landscape of the grande traversée. the simple exterior is approached in a no bells-and-whistles fashion for a easily readable expression. a series of outdoor corridors that wrap around the volume systematically breaks up the vertical height while lending a sense of scale to the structure. punctuated at points with protruding steel boxes that form private balconies, the facade balances the solid with the voids in windows of various widths, visually lightening the impression of a mass. 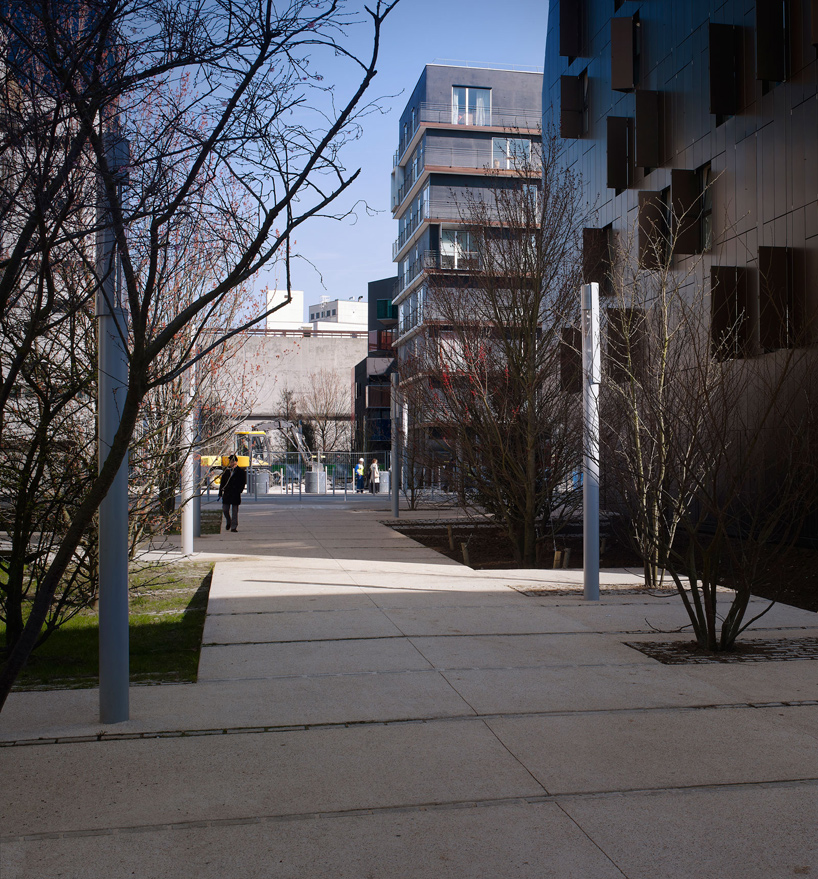 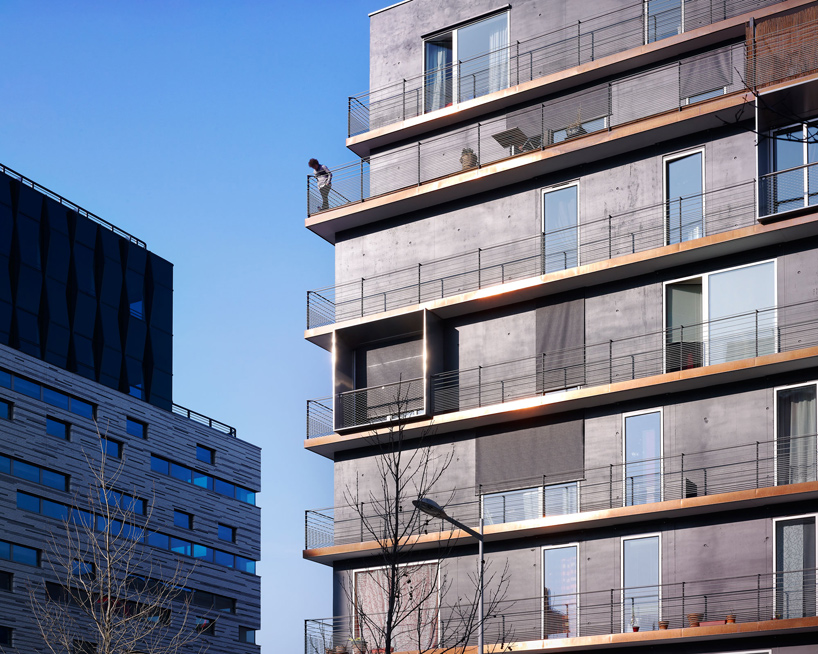 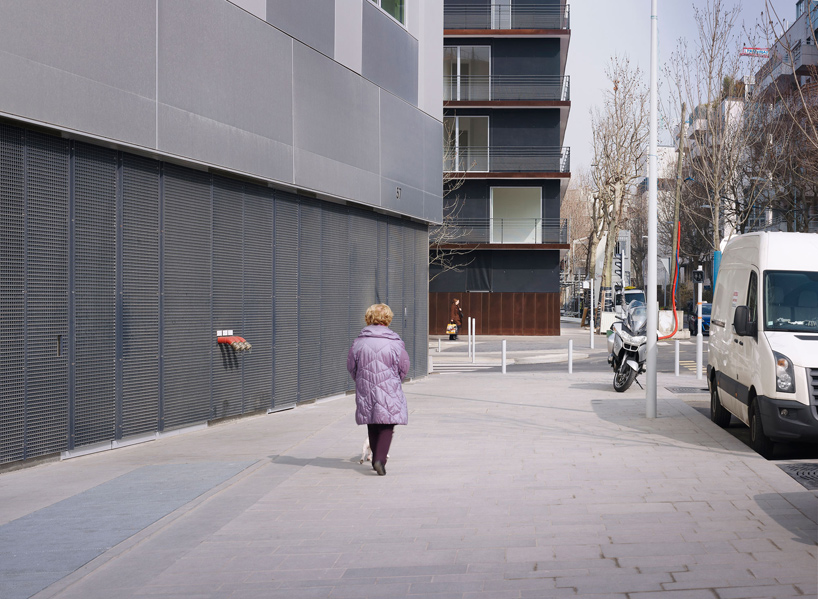 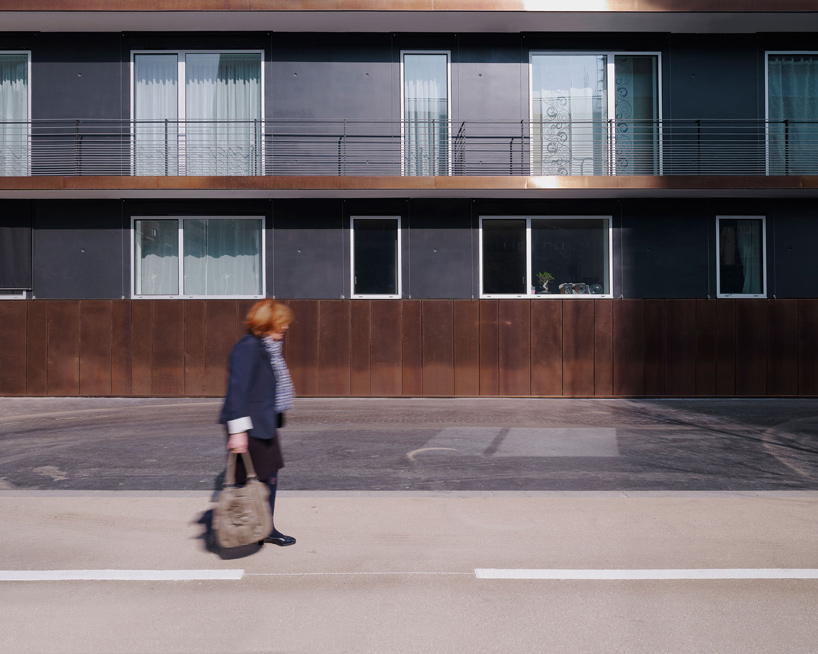 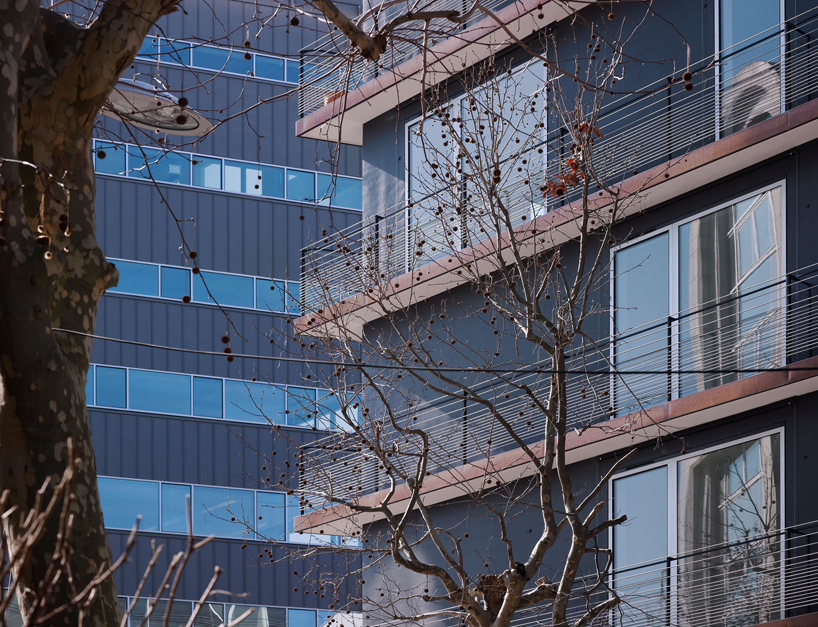 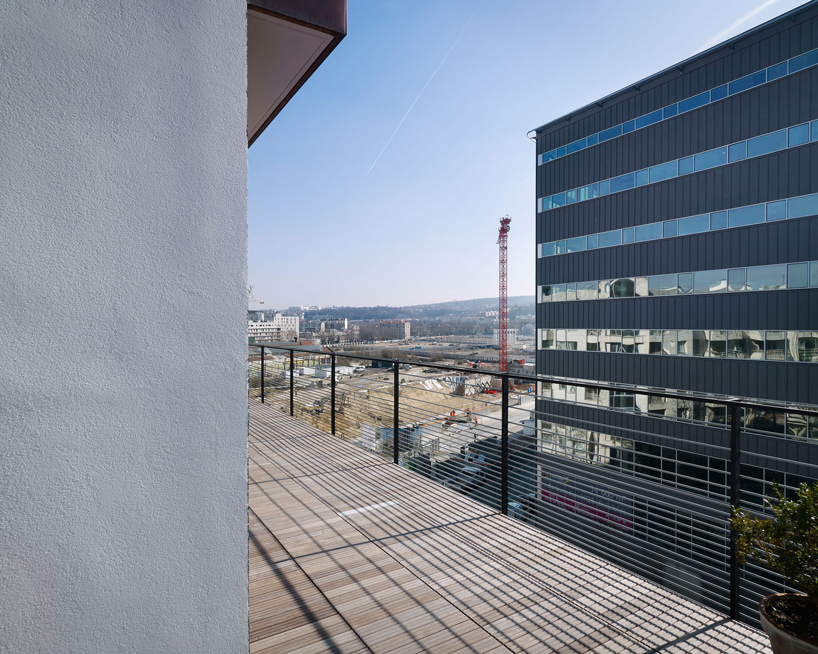 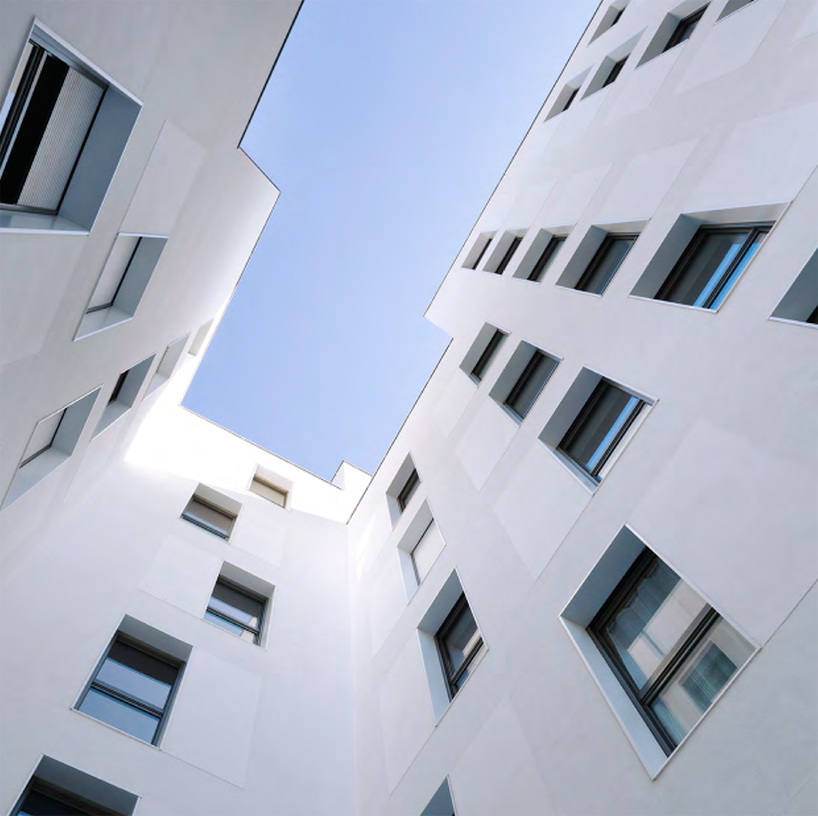 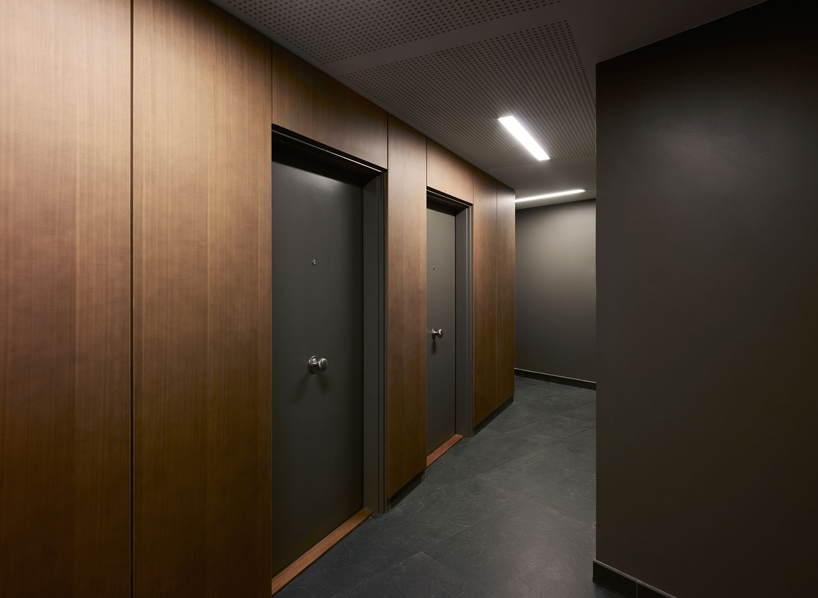 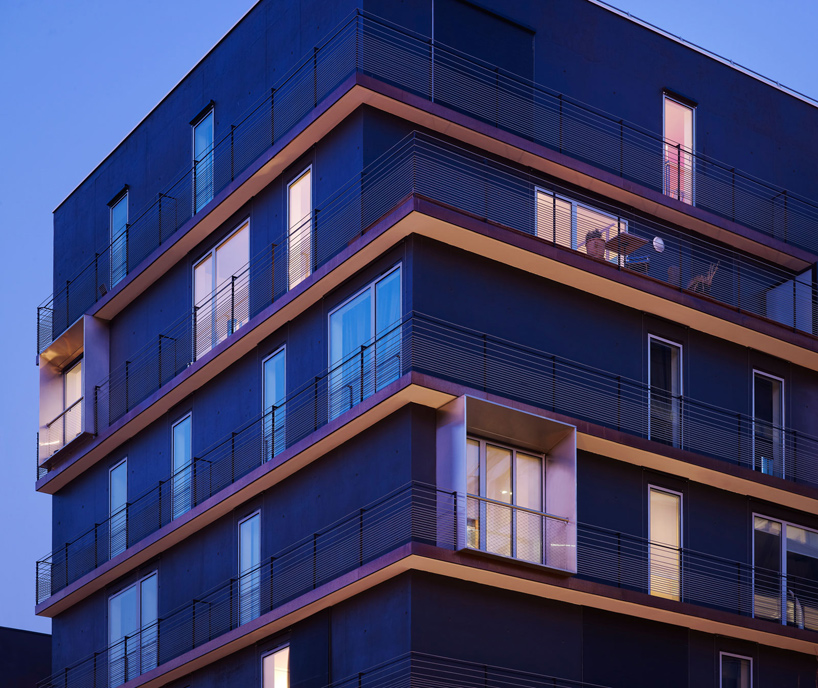 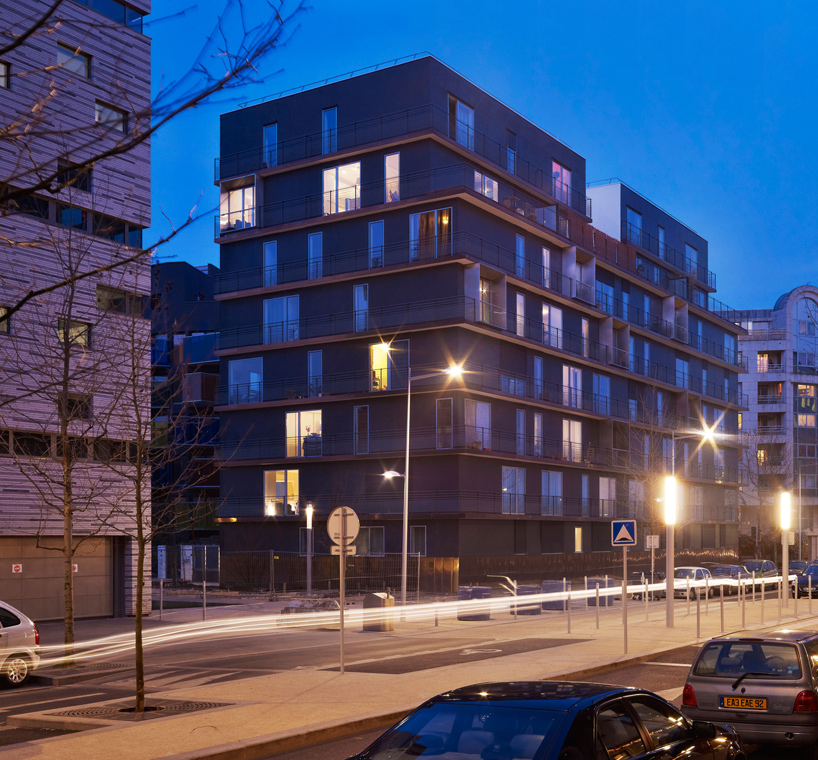