paris-based practice LAN architecture (local architecture network) has recently completed a residential project located in bègles, a suburb of bordeaux, in south west france. comprised of 72 modular apartments, ‘carré lumière’ is composed of the two structures characterized by the rhythmic placing of square and rectangular openings. the aim was to provide an adaptable and community-driven type housing. 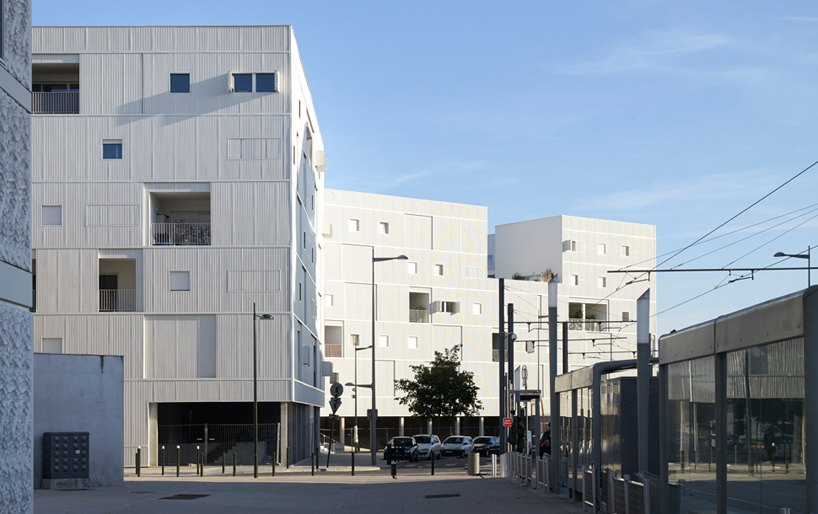 the building is only seven meters in depth, constructed like a parking lot and ornamented with industrial motifs

the idea behind the development was to ‘reinvent’ community housing. the design of the apartments revolves around the consideration of the inhabitant’s privacy mixed with the enjoyment of sociability. the adaptability is emphasized by its malleable envelope that has the potential to grow, accommodating to a possible increase in capacity. each residence can be adjusted in according to the resident’s needs, in the way they can add and remove rooms within the framework that has already been constructed. 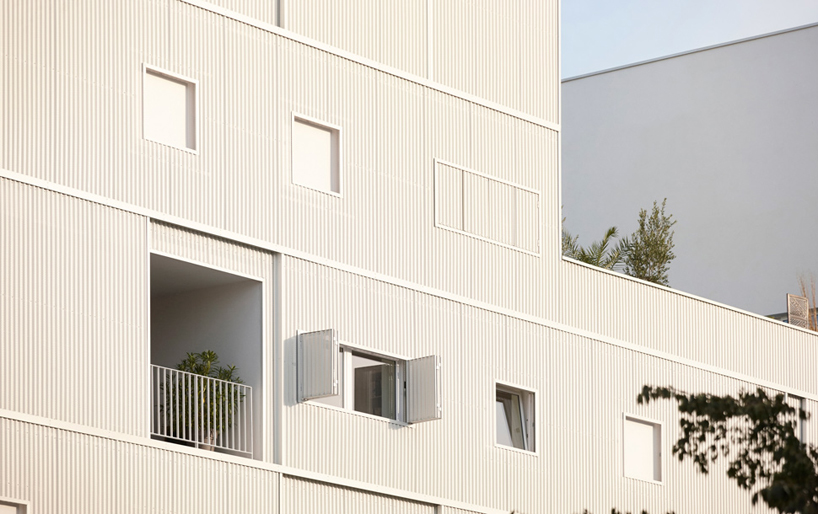 bègles was built at a cost of €1,000 per m², a price below the current price in this region, and double the surface area

LAN’s scheme is an example of inter-seasonal architecture. the hybrid climatic model has been ingrained into the construction which complements the specific climate its south west location in france. the bio-climatic design incorporates the efficient insulation used in nordic countries, while also featuring mediterranean patio-style spaces. the variable compactness introduces the notion of the housing’s flexibility, both on a large scale to the rhythm of the seasons and changes in climate on any given day. everyone has the option to use their outdoor space as a windbreak, a greenhouse, or even as a cooling unit. 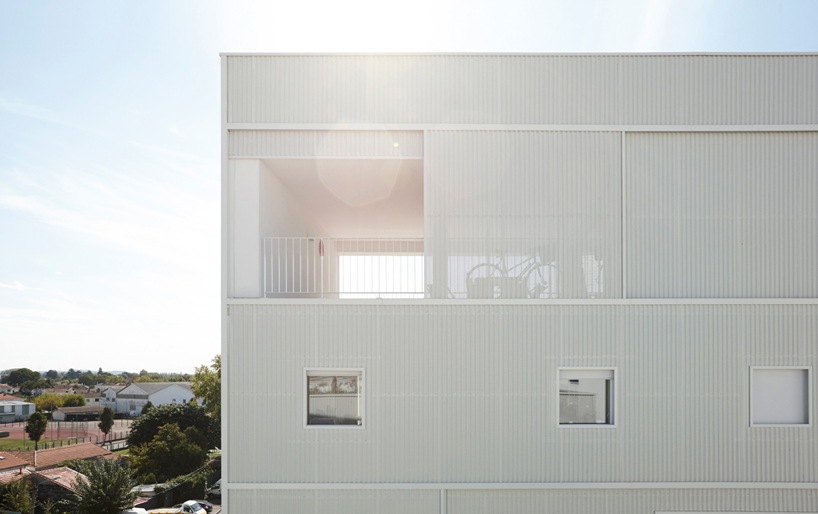 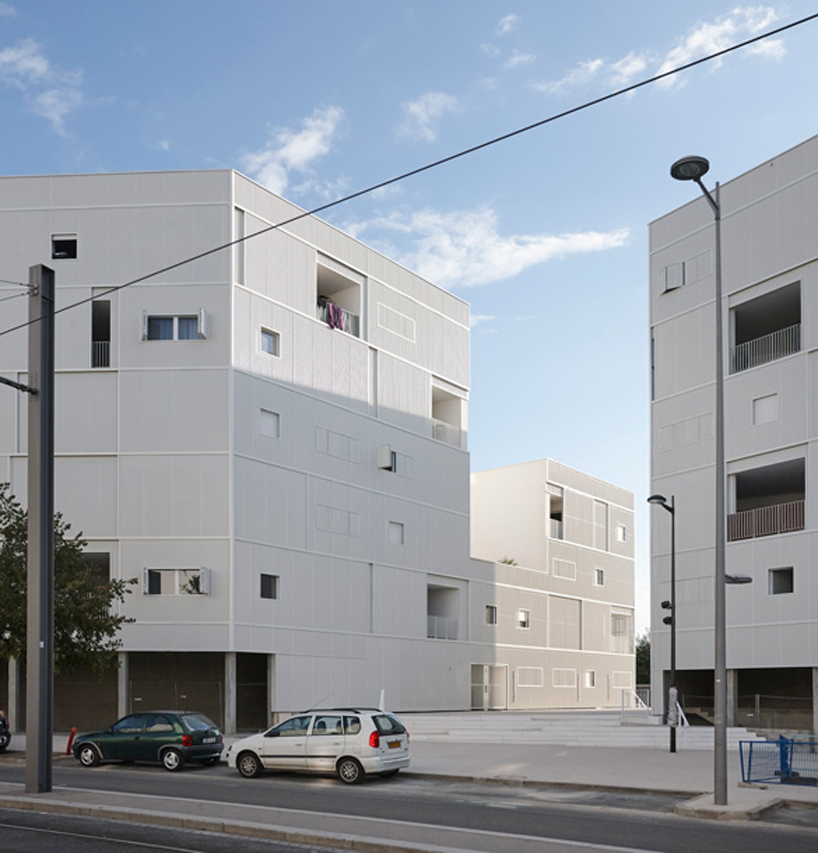 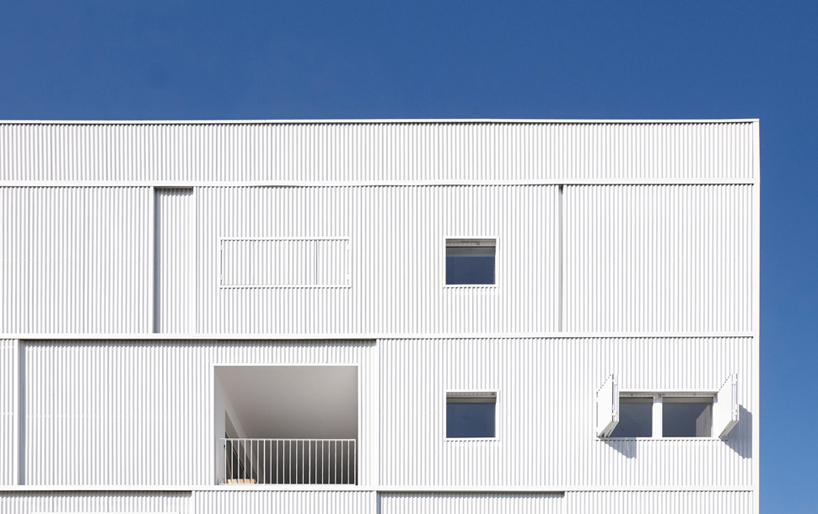 the building has been wrapped entirely in a paneled cladding 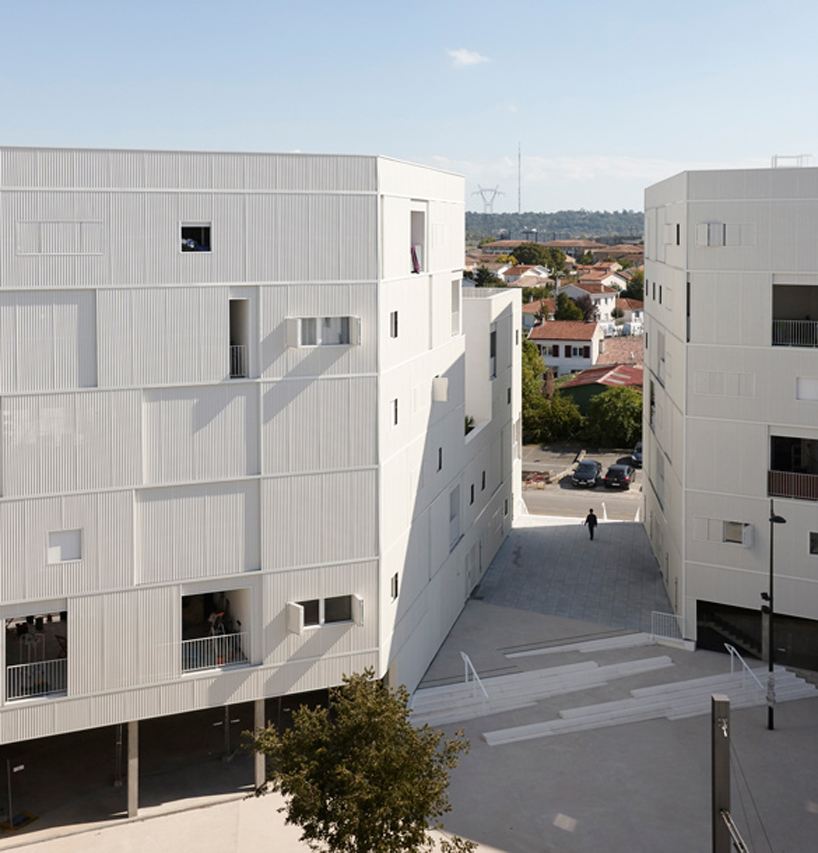 the scheme is located in bègles, a suburb of bordeaux, in south west france 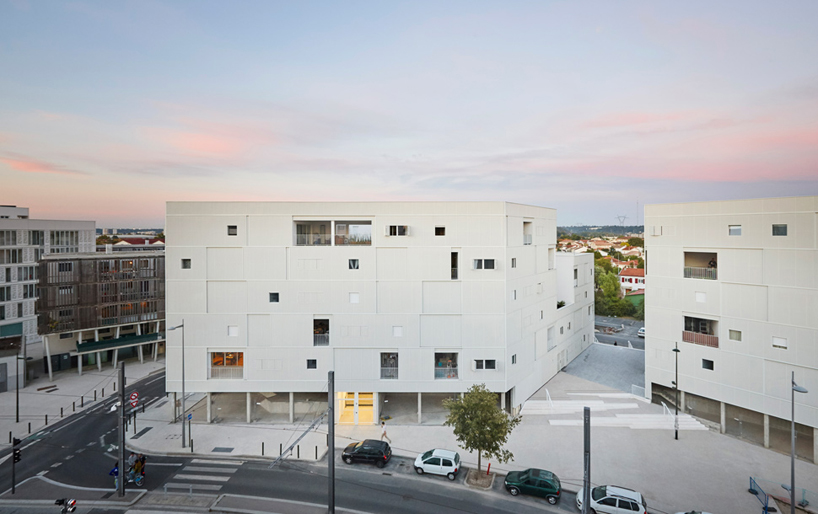 the 72 apartments were commissioned by ataraxia, a property management company 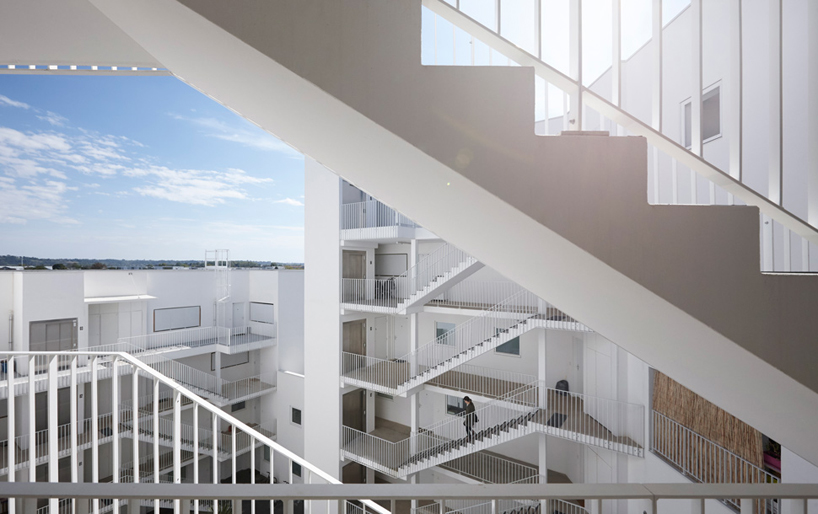 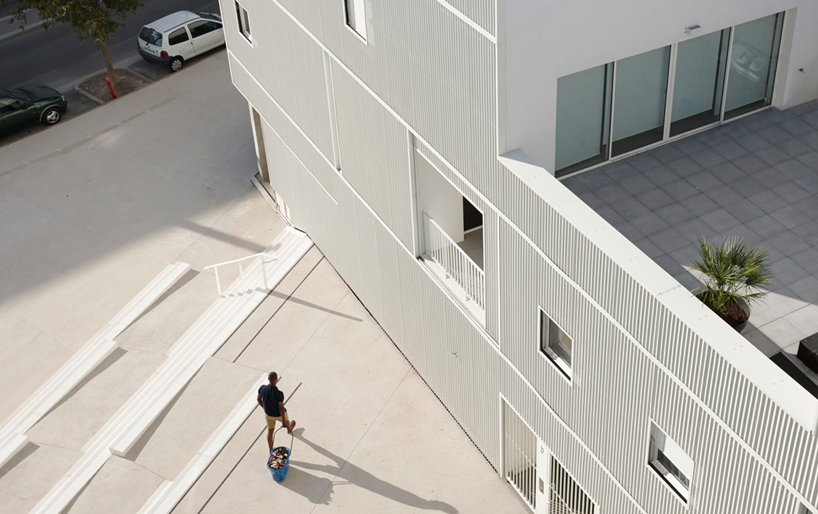 residents have the option to use their outdoor space as a windbreak, a greenhouse, or as a cooling unit 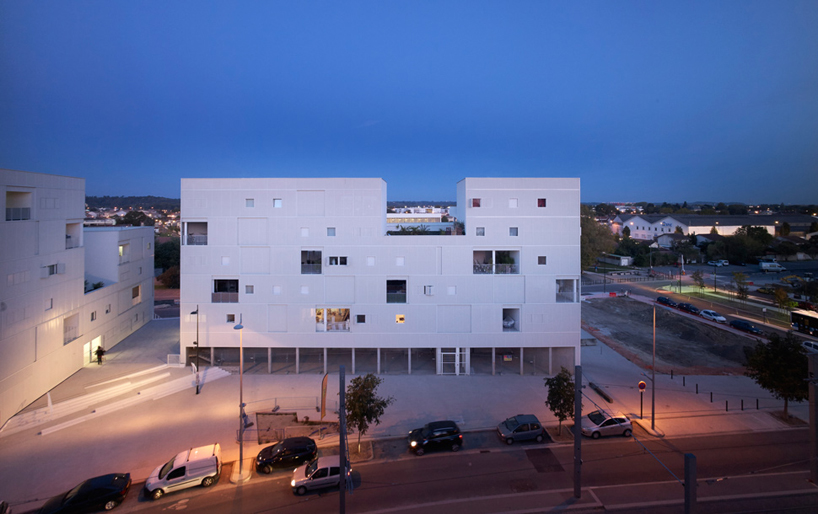