french firm LAN architecture have designed the saint-blaise crèche and day nursery in paris. the project involved providing an architectural solution to a number of specific and extremely constraining problems posed by its uses and the site:

– the narrowness of the plot and density of the surrounding urban fabric. – large altimetric differences. – the monumental scale of the surrounding buildings. – the constraint of an emergency exit at 2.14m above street level and its free access. – two separate entities having to cohabit the same site. – the challenge of taking part in the district’s urban requalification and fulfilling the role of a community facility. 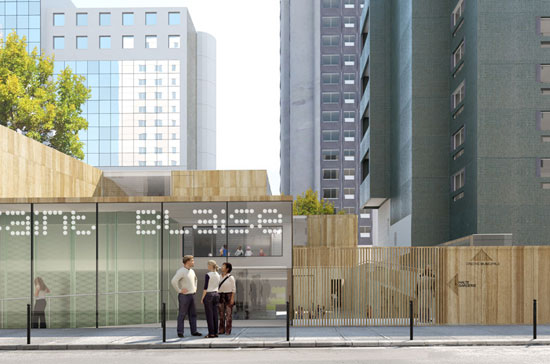 their studies quickly showed that the development of the project as the superimposition of two projects with separate entrances, accessed by transitional ramps, would increase the equivalent exterior spaces to more than a third of the project’s total surface area (approx. 550 m²).

locating the day nursery at street level and the crèche at garden level and r+1, and thus adapting to the altimetric differences, provided a clear solution to the problem of integrating these two separate entities into the same site. the plot is thus liberated and has incomparable potential.

they chose a compact morphology organised in strata echoing the terrain, each strata having its own qualities and orientation. this compactness produces a formal legibility and architecture devoid of monumental effects, in contrast with its immediate surroundings and on the scale of the children themselves.

both the day nursery and the crèche can thus open onto a succession of pleasant, sunny exterior spaces (courtyard, hanging garden, balcony, roof terrace) whose variety is a crucial part of the project’s quality and generosity. 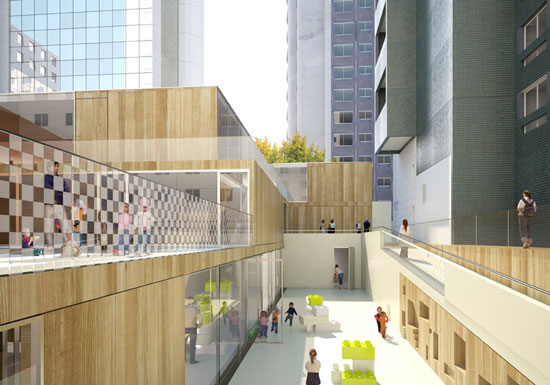 LAN architecture imagined the project as the heart of an island encapsulating the constraint of reaching an emergency exit located at +2.14m as well as the access to the crèche. the project’s articulation around this space enables the courtyard, terraces and almost 70% of the total surface of the façade to be southwest facing and therefore benefit from maximum possible sunshine.

the empty space created opens up the plot completely, providing transparencies from the street and creating a generous architecture contributing to the requalification of the district. 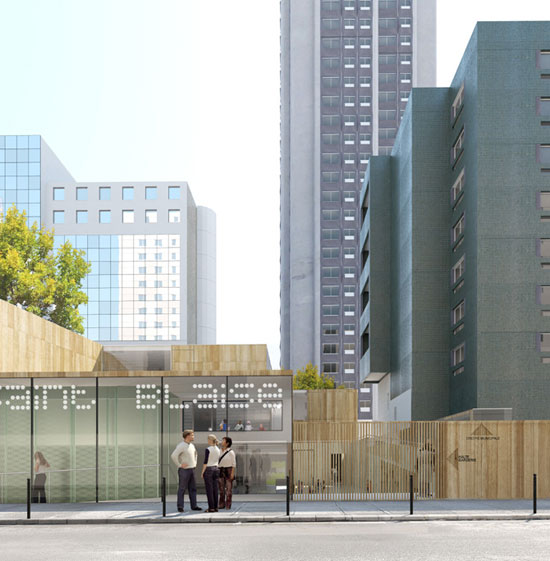 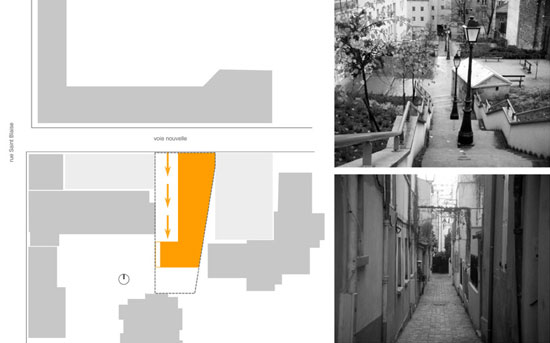 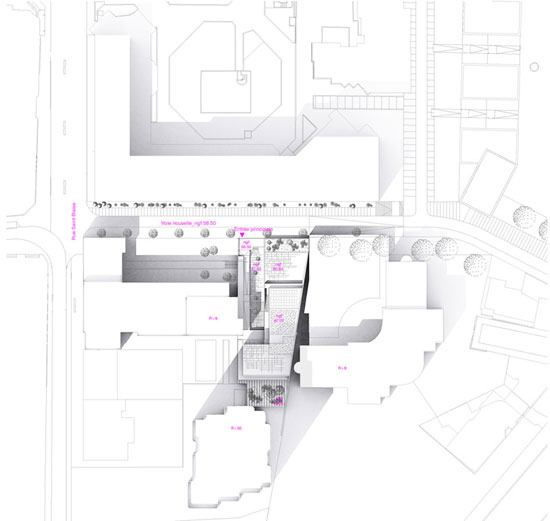 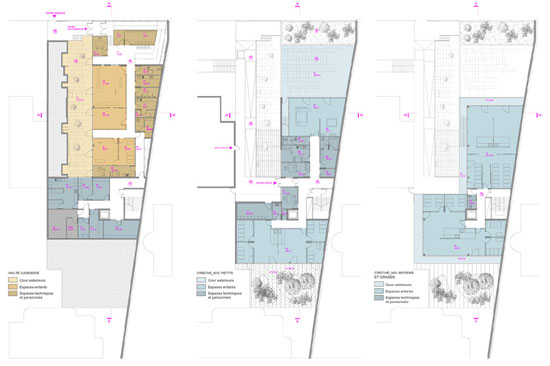