french firm LAN architecture have won the competition to design an office building for sogeprom / projectim in lille, france. the project is located in the block 4.1-A, the last area to build of euralille urban development designed by OMA in 1994.

the plot’s strategic position, at a major crossroads in an urban district, directed the architects towards a ‘multiform’ architecture whose geometry could provide a specific response to problems linked to the project’s scale, geography and demands.

the purpose of this architecture is to construct a new urban space combining the private and public, the vertical and horizontal. the building’s envelope is conceived as an apparatus for the city’s constant visual reinvention.

the windows break with the modularity of office buildings, creating a more domestic image and ensuring the transition between a residential and a business district. the result is a kinetic architecture constantly changing with different viewpoints.

to increase this visual richness, the design of each façade was generated by its orientation, use and thermal considerations. this creates successions and superimpositions of glazed areas, windows on the city, and different, fixed or mobile systems of wooden cladding, enabling constant change in function of the building’s daily life.

materiality of the facades: networks and wood the design of the facades and the building’s interior spaces is structured by a 1.35 metre grid composed of a U-shaped metallic element running the entire height of the building, to which the envelope’s various components are fixed.

this vertical grid is interrupted three times by horizontal wooden bands, running around the building and ending at the acroter. secondary horizontal and vertical grids regulate the design of the fixed or mobile wooden elements.

LAN chose red wood for the cladding of the facades, using it in different configurations depending on their purpose, and alternating this with larges windows looking out over the city. wood is used as a fixed cladding in the opaque or semi-glazed parts of the façade, but also, depending on the orientation, in the form of pivoting openwork shutters, enabling precise control of light penetration. but is also used as a fixed sunscreen.

the project’s conception provides residents and office users with a public space based on horizontality, circulation and social interaction on a human scale. unable to build right to the plot’s limits, we opted for a form of portico, a walkway providing shelter from the weather, a lively exterior space in which passers-by and shop customers can intermingle. 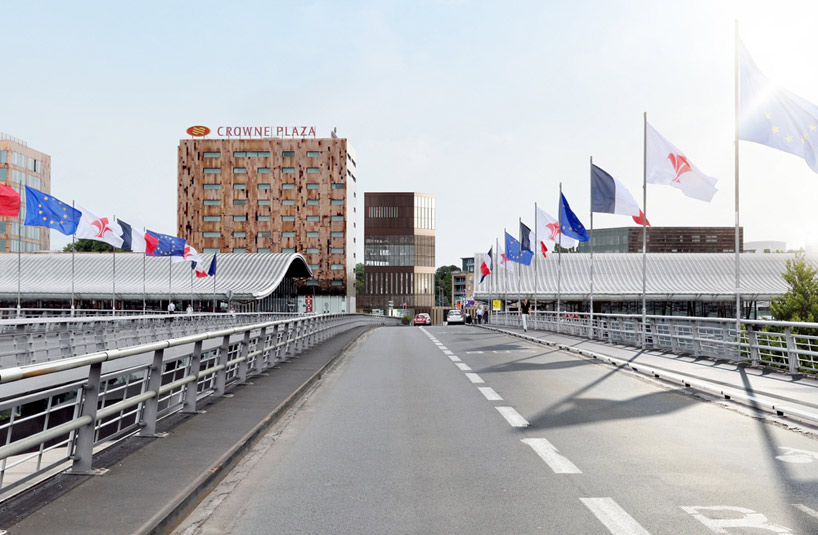 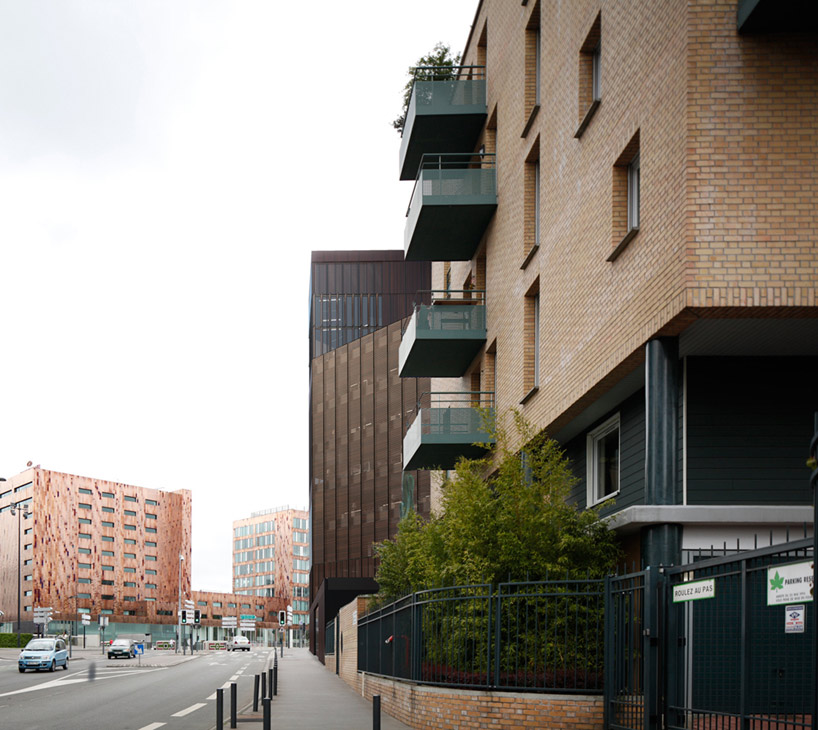 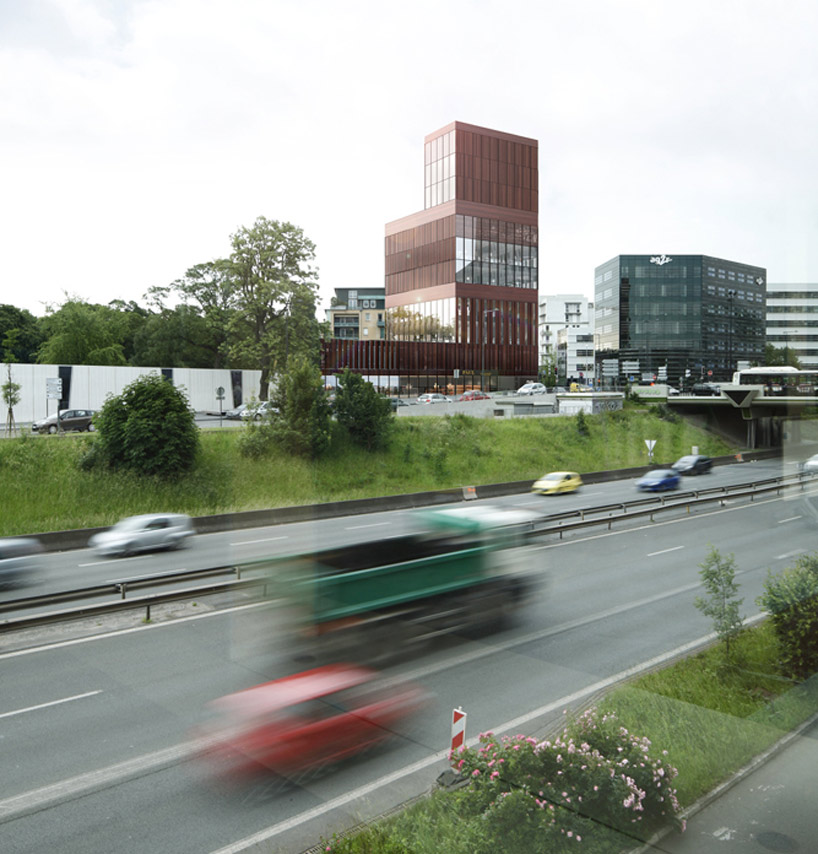 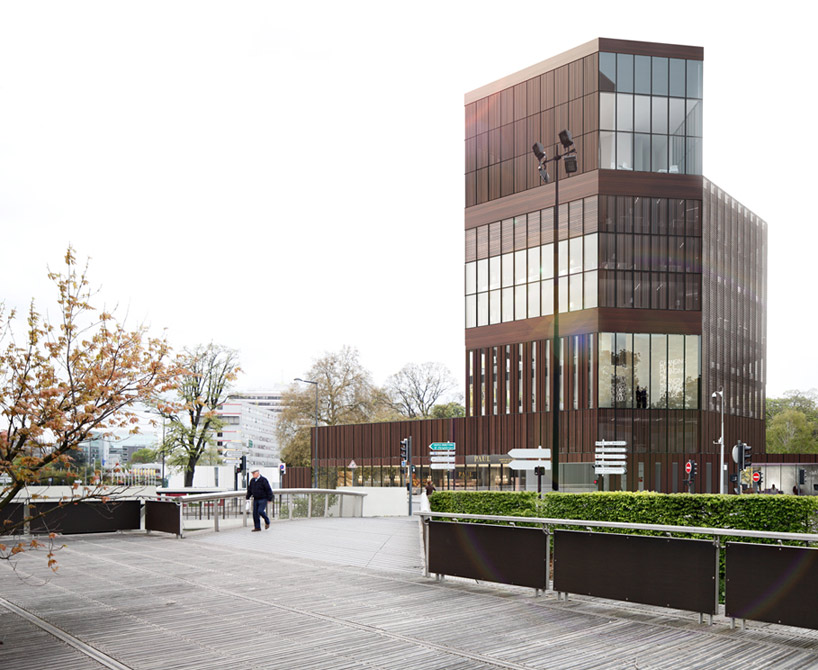 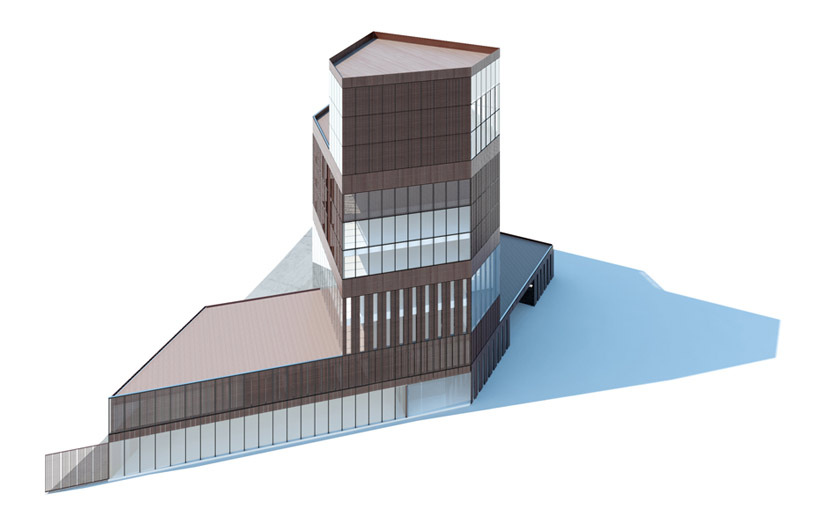 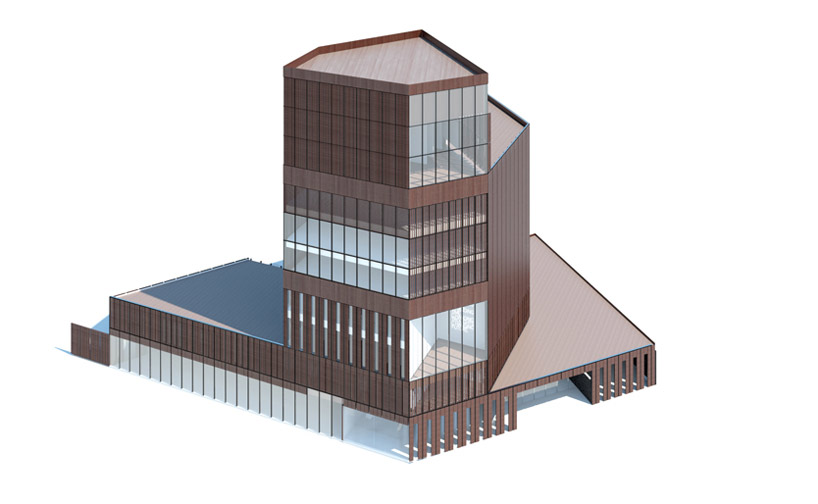 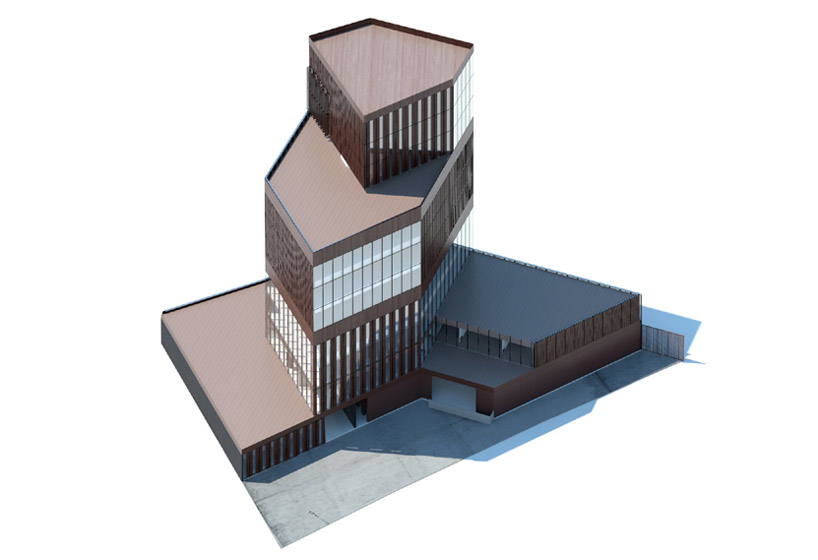 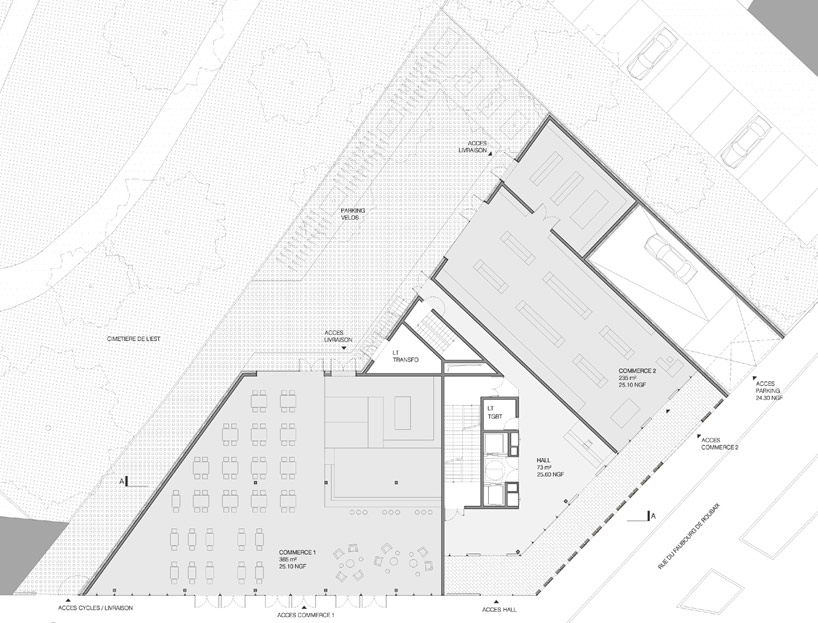 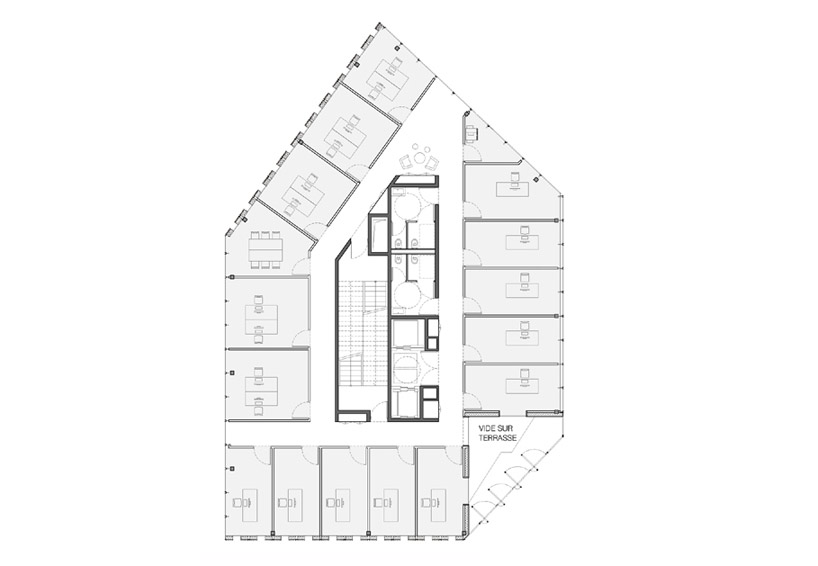 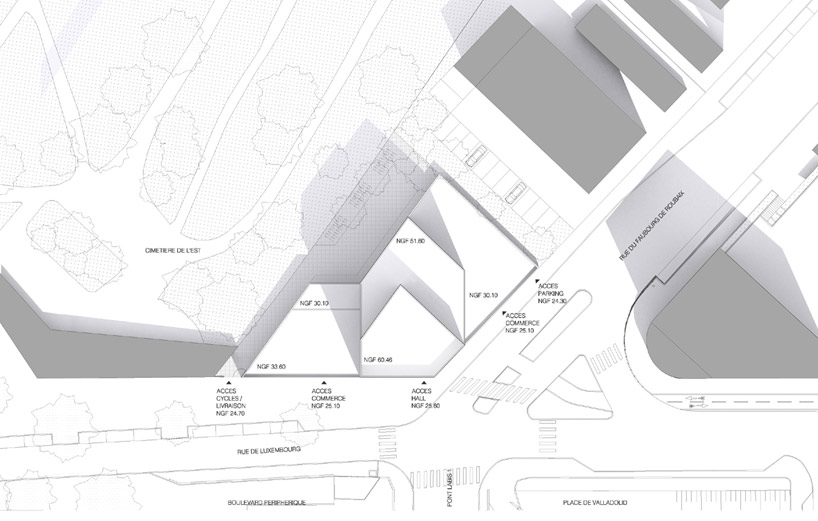