LAN architecture completes its saint-urbain block development as a celebration of color in strasbourg’s zone étoile. located between the saint-urbain cemetery and the parc de l’étoile, the new neighborhood appears as an urban island, a vibrant and whimsical emergence out of the horizontality of the neudorf’s landscape. at a local scale the project activates a major link between the city center and the neudorf district. at the regional scale it introduces a new milestone of the ‘deux rives’ urbanization project, which extends as far as kehl in germany. sited in this strategic position, the urban ambition of the new euro‑metropolis is embodied with eight buildings,giving form to more than 21,500 square meters of a mixed real estate program, composed of 178 housing units, a hotel, offices and commercial space. 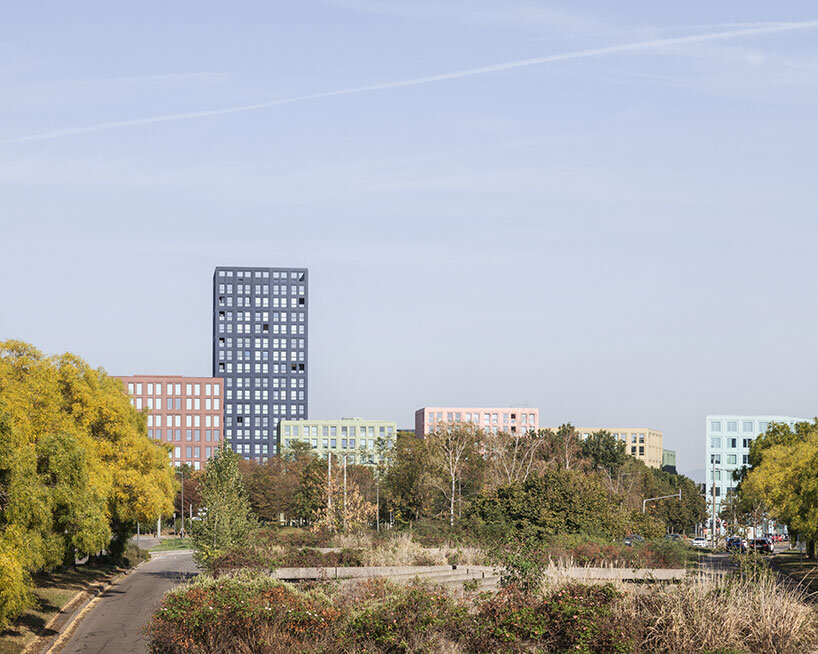 LAN architecture‘s saint-urbain block takes advantage of the isolated site to affirm its own identity and to generate a new intensity. it is an urban island that relies on a comprehensive and autonomous program. emerging as an environment of flows, the seven volumes of the new neighborhood rise above an active street level hosting food shops and essential services, distributed around a garden. it is a peaceful and lively atmosphere for work and is ideally located for urban tourism — insular, yet perfectly connected to the rest of the city. 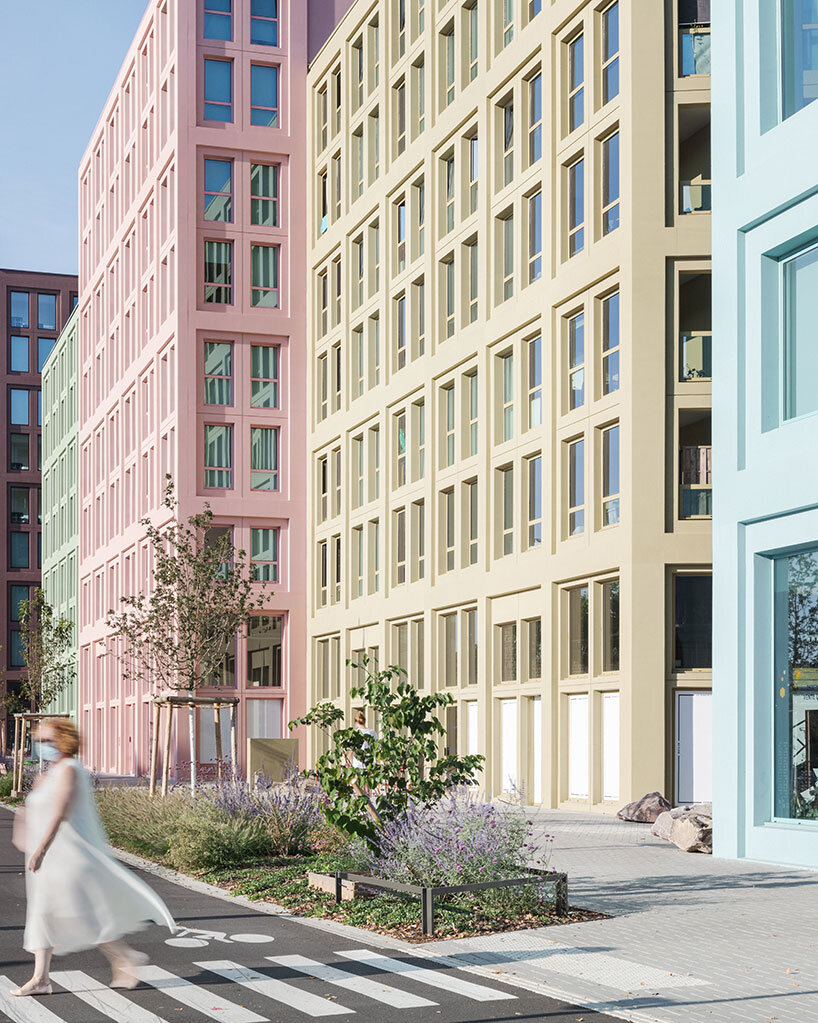 gathered around a common garden, the eight volumes of LAN architecture’s saint‑urbain project together compose a dense, compact city block. the adjusted spacing of the blocks contribute to a domesticity of the neighborhood and encourage an atmosphere of belonging. between the visible and the hidden, both the intimacy of family life and the urbanity of collective life are played out. architecture here guarantees a sociability of closeness while at the same time opening up to the urban landscape and metropolitan horizons. it is the experience of this specific and extremely qualitative relationship of scale that is proposed, starting from a careful reflection on the window and its repetition. 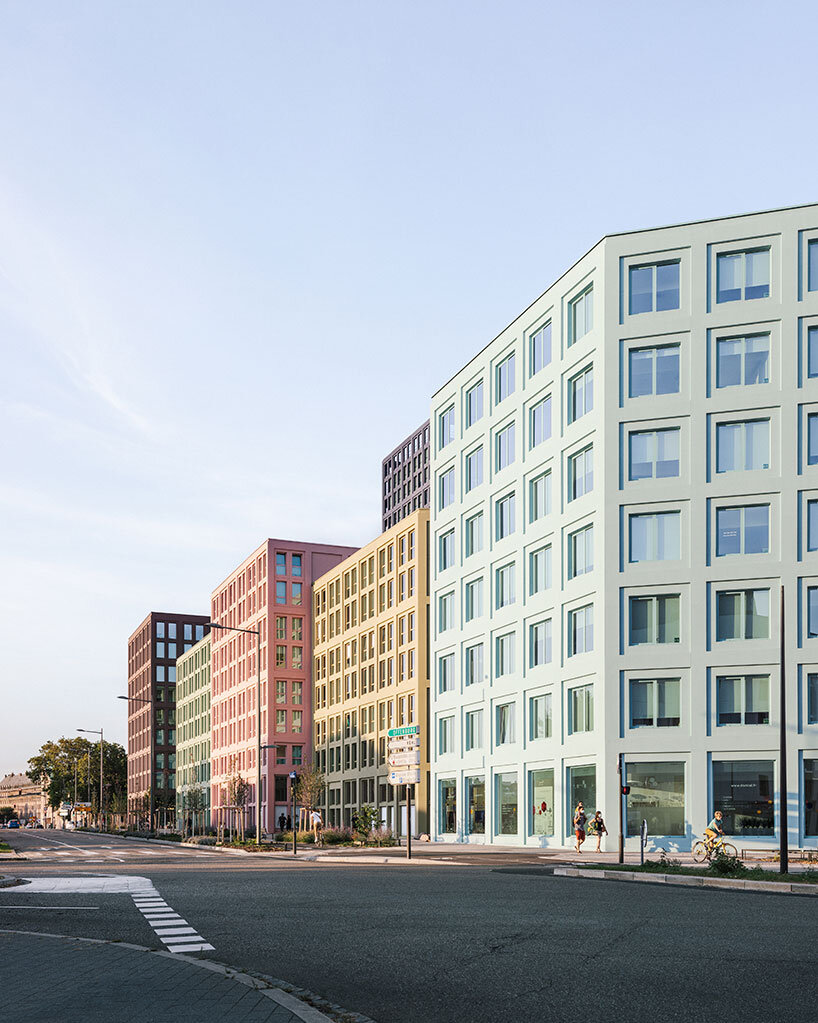 LAN celebrates a lively color palette to introduce an identity to the block. at the scale of the city, the selection of colors places the saint‑urbain block once again within the history of strasbourg. the brown of the hotel refers to the city’s historic buildings, to the nearby city of music and the buildings on the place de la bourse or even to the cathedral, built in vosges sandstone. the olive yellow is a pastel found again in the historic center, particularly in the petite france district. color also works as a signal — most notably in the case of the tower, whose effect as a totem is strengthened by it being dark blue. 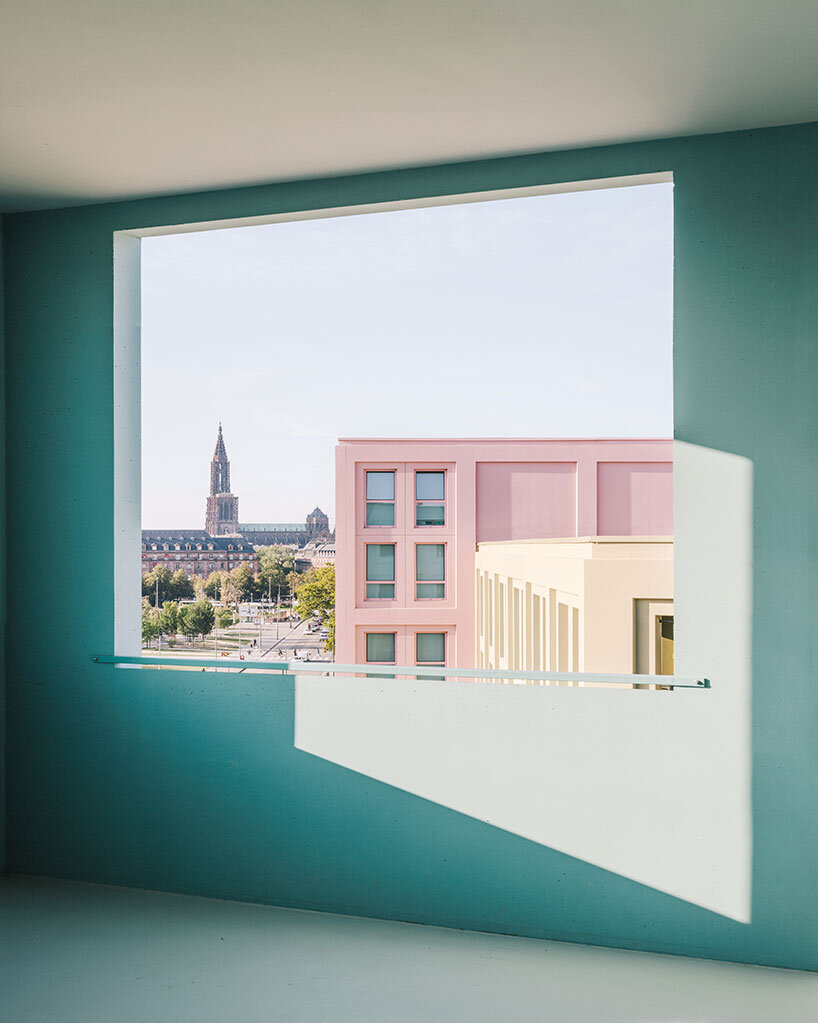 at the scale of the block, the interaction of colors plays out through complementary selection and through distancing of the plans. this interaction helps generate a peaceful atmosphere while also bringing urban qualities to the public space. the pink is taken from the neighboring facades of the neudorf district — the greens, both light and dark, are chosen for their opposing tones. public space becomes a colorful in‑between. the sky blue is a reminder of a small building adjoining the cemetery. the grey, in its interaction with the other colors, leads them to take on different tones according to different points of view. 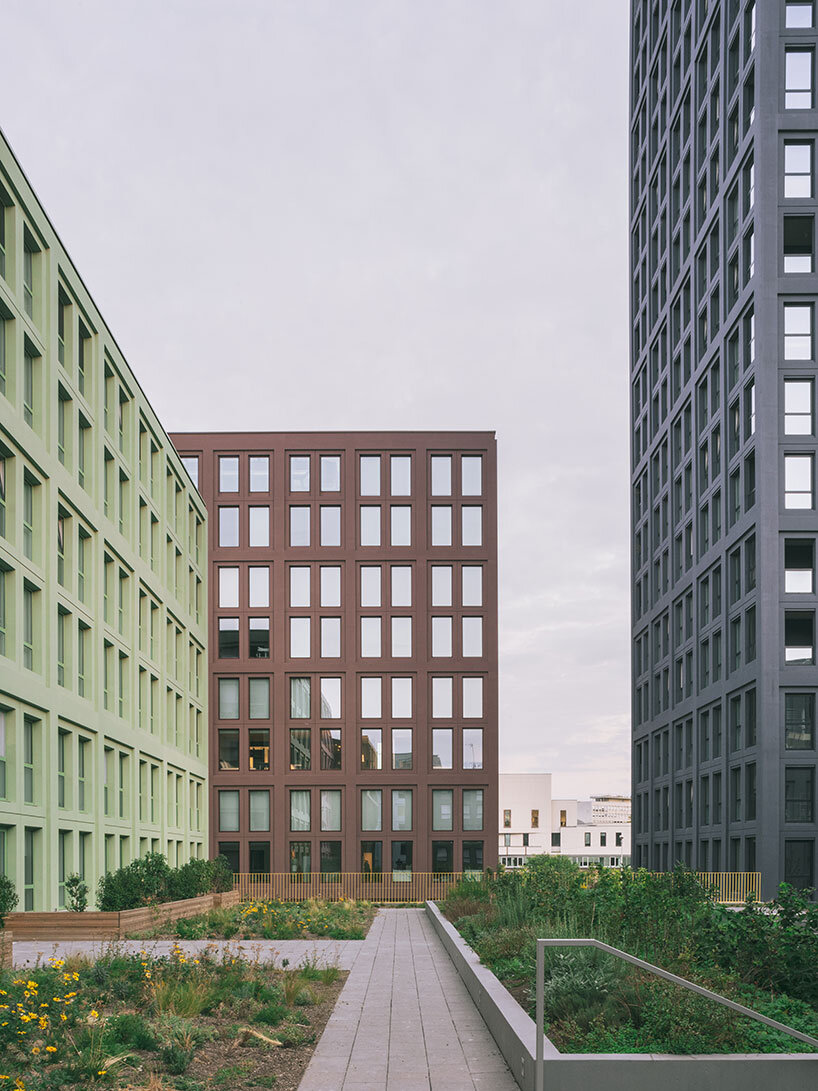 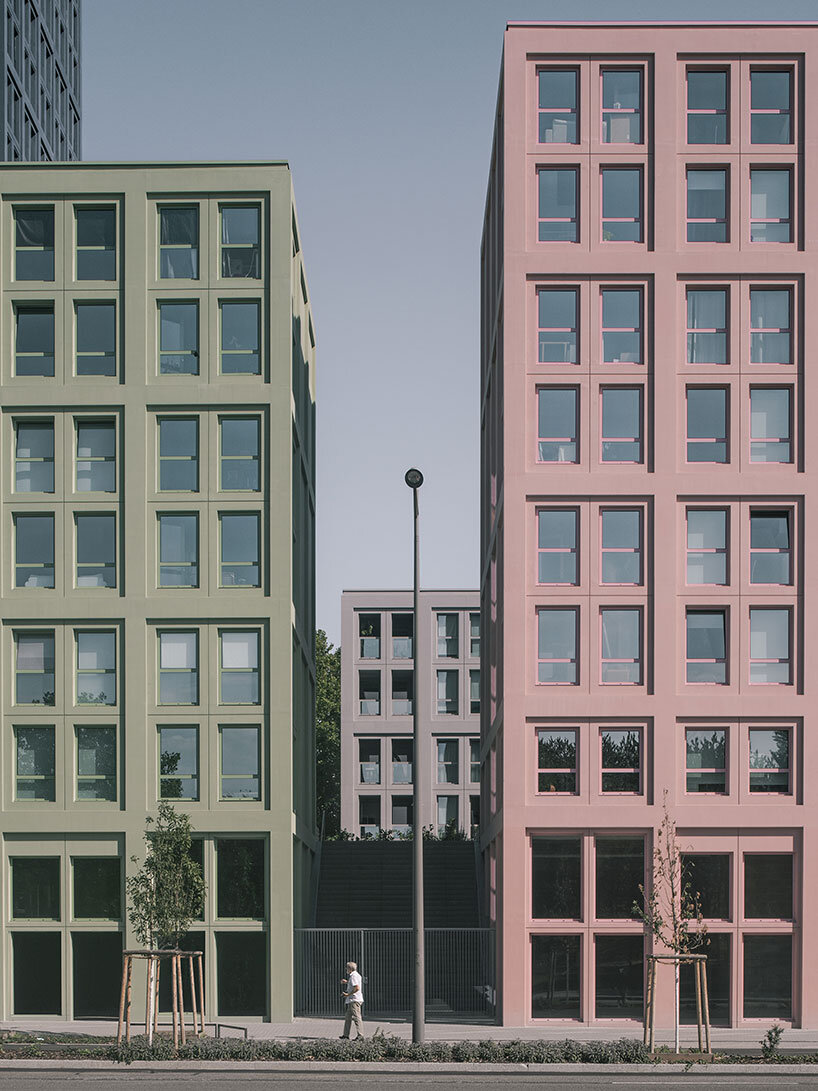 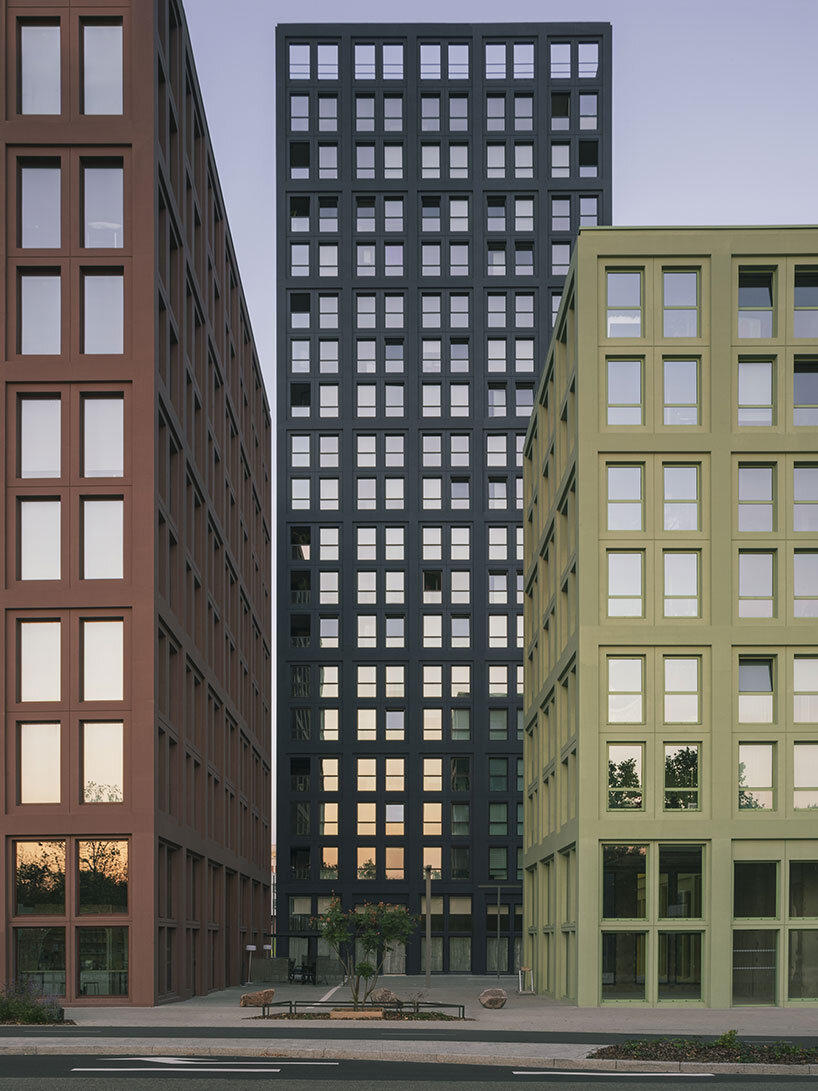 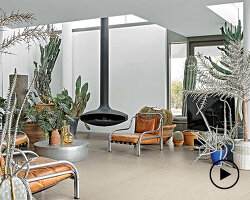 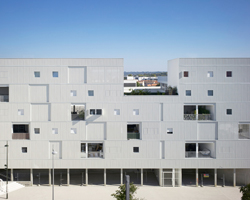