french LAN architecture has won the competition to design the block 4.2 of the new cardinet chalabre urban development zone in paris. the competition was organised by ICF novedis.

the ilot is located between boulevard pereire and the new ZAC (urban development zone), creating a kind of transition between ‘black and white photograph’ paris and the three-dimensional ‘grand paris’ project. ensuring this transition was the core concern underlying LAN architecture’s strategy, which involved trying to understand the fundamentals of the haussmanian typology.

the project’s conception is based on the regularity of its facade. the interplay of matter and transparency defines the envelope of the ensemble, which for urban planning reasons has to take up the entire plot, and therefore have the same ground plan.

each apartment is organised around a large loggia, an extension of the interior living space outside. in winter the loggia can be closed to create an additional living room, despite the cold. in summer the loggia helps ventilate the interior.

the arrangement of the loggias creates an interplay between matter and transparency across the facade. clad with wood, the loggias become its recognisable elements, enlivening the regularity of the windows, so that the building, seen from a distance, expresses itself from within, like a colour chart.

the regularity and size of the openings and the ceiling height render the building’s definition in terms of use ambiguous, and the choice of structure reinforces this. only the facades and circulation core are load-bearing, leaving maximum freedom for the arrangement of each floor. the building can therefore change use in the future when required. 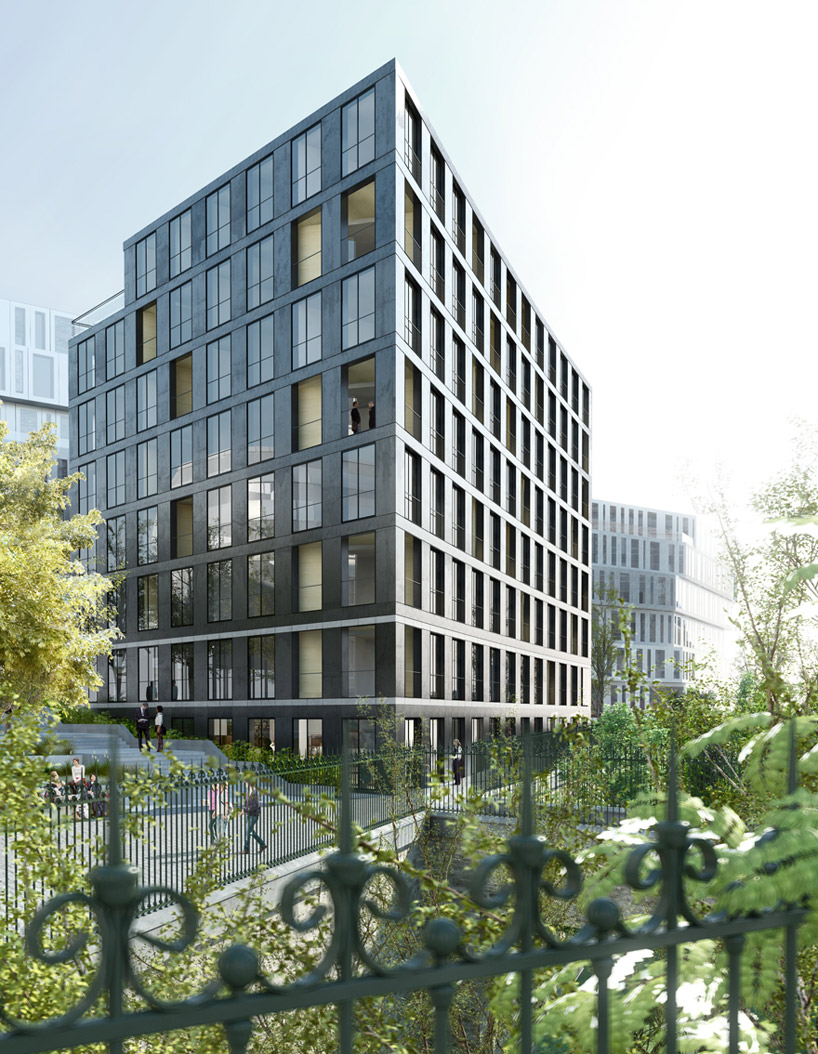 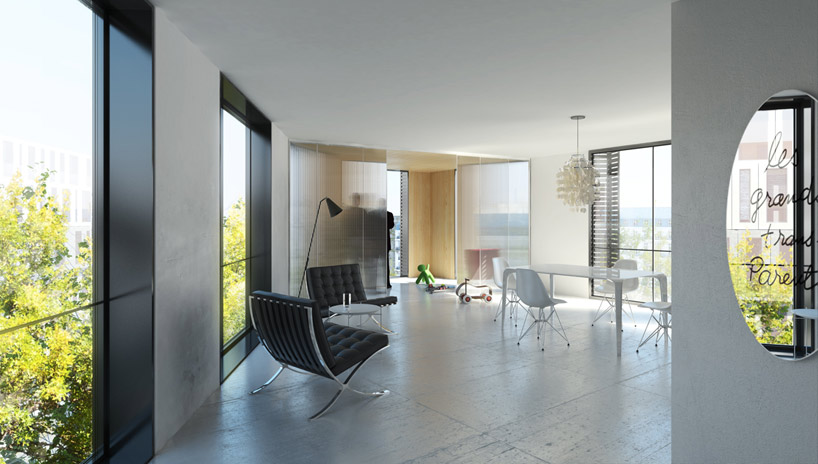 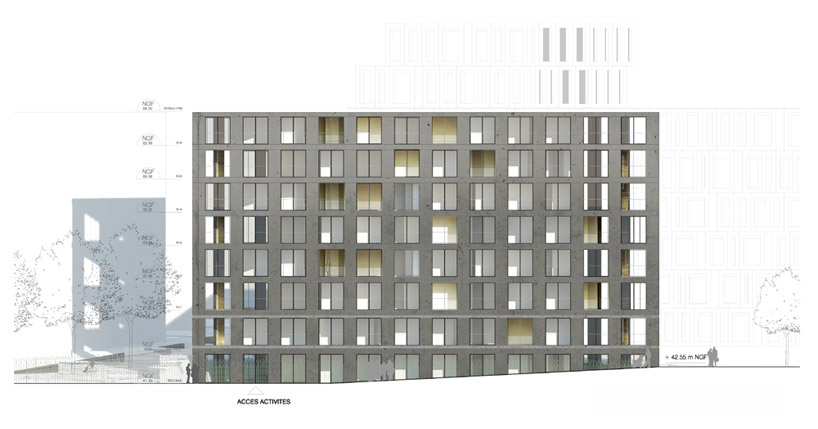 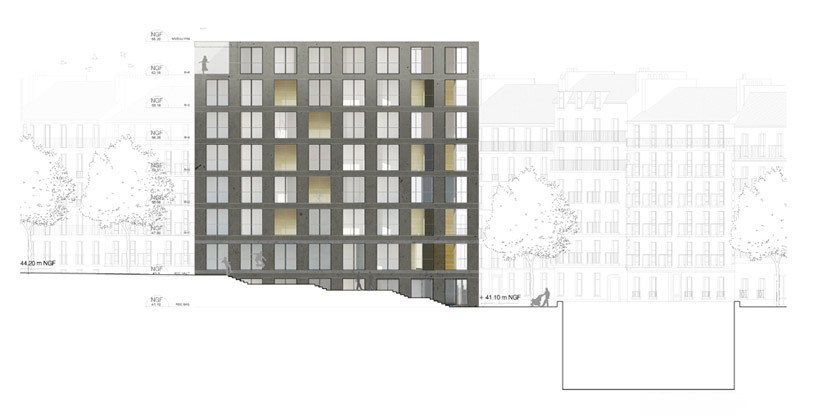 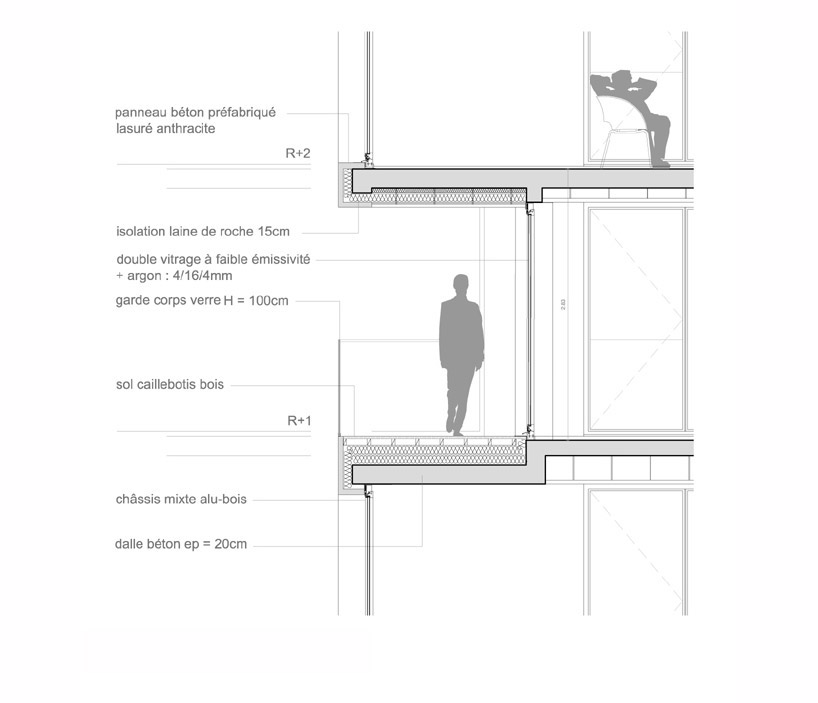 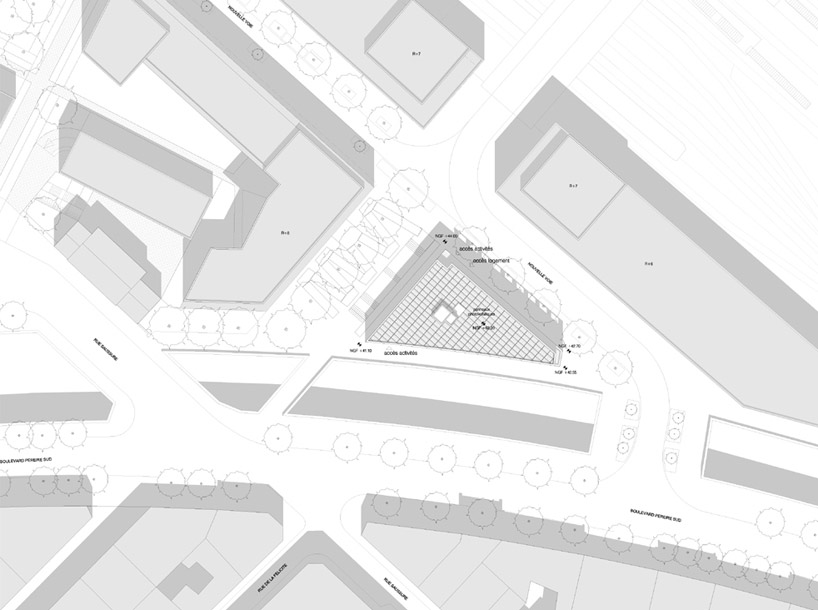 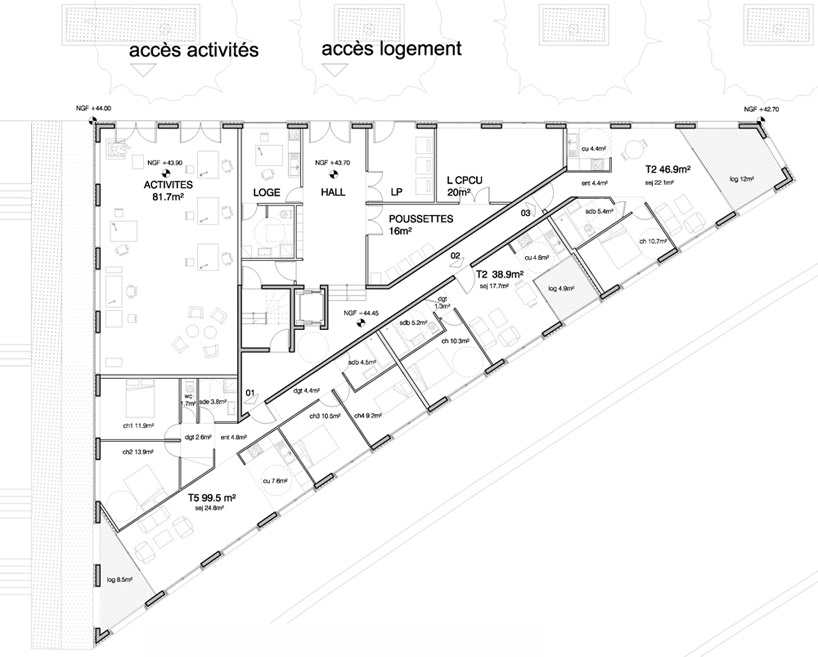 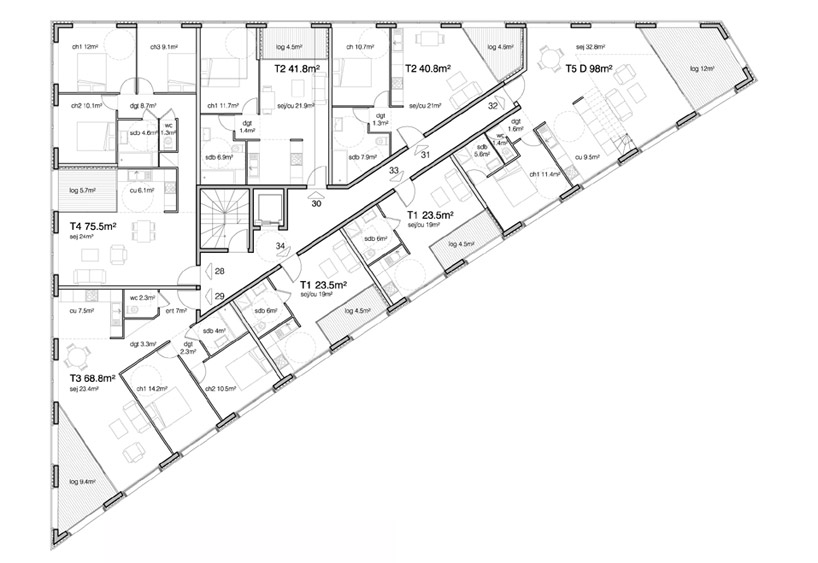 Sep 15, 2021
al borde builds a 'garden house' in ecuador with live trees and rammed earth
the columns themselves are live lechero trees while the enclosure is built of rammed earth.
architecture
197 shares
connections: +2320