when the initial survey site for landau’s ‘suzhou great lakes park’ in china began, the plot was surrounded by the calm lake, rolling hills and fog stretching across — every aspect of nature in sync. landscape is somewhere to place emotions, where regional design is the fundamental. im pei’s suzhou museum, which is the best interpretation of the small venues through the garden approach, through the hidden design techniques to borrow the background, the hidden space, leakage of natural style. in consideration of the scale, color, material and how to coordinate with the environment, the designer is ‘deep plowing’ for a long time. 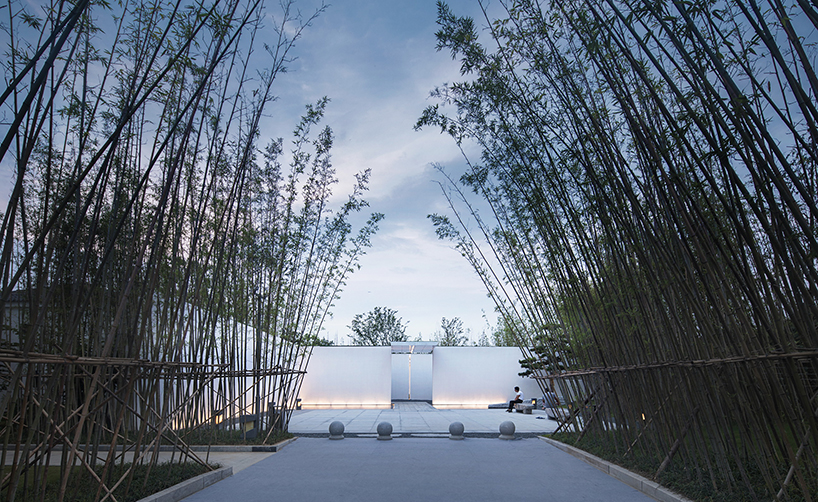 from the entrance door, the overall facade to stay blank interface integrity of the continuation

in the kunqu opera, ‘mirror flower moonlight dream’ gave landau international design the inspiration of how to combine the project with the surrounding environment. water can reflect the blue sky, the glass can be mapped to the mountains and rivers and the pink walls can be printed with light and shadow. 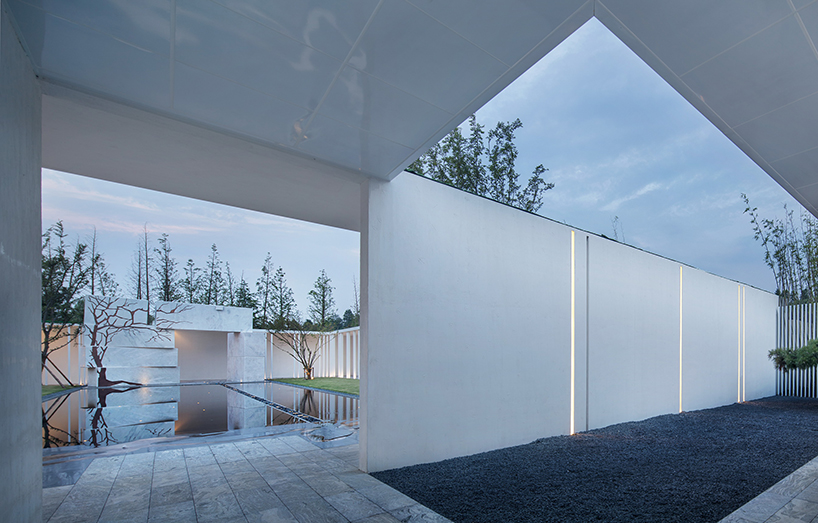 white entrance porch, across the bright and dark, vigorous welcoming lofty and entrance side

some people say that good scenery is grown from the ground — the integration with nature. in the design of landau’s ‘suzhou great lakes park’, many stories are slowly brewed out together with the landscape. in the construction of the square, the space was slowly built out. this site has a special atmosphere, a lot of people have a common feeling after visiting, whether adults or children, they all seem to quiet down. the quietness of landau’s project and the hustle of the urban city has become a sharp contrast. in taihu lake, when the sky and the landscape of the lake mirror into the water and the wind with the tree’s branches sways the sound of the water and light cast off the proximity to nature’s spirit in the project. 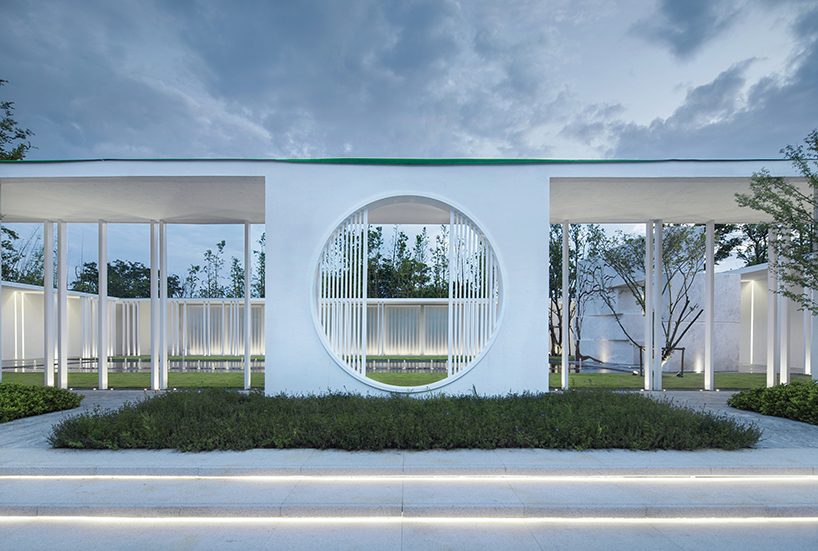 this is like a prelude to the show, bringing a kind of trance and beautiful feeling

the park is filled with a restrained and quiet posture. landau has used the pink wall, the door of the traditional garden of the context, the use of landscape and corridor to create the expression of the current ideology. the continuous white corridors constitute the original form of space, with the traditional suzhou garden order beauty. facade of the wall through the artistic creation of the sensory sense of texture, but also through the orderly division of light and shadow into the space, giving the space a rich level and change, the formation of an elegant and smart movement. 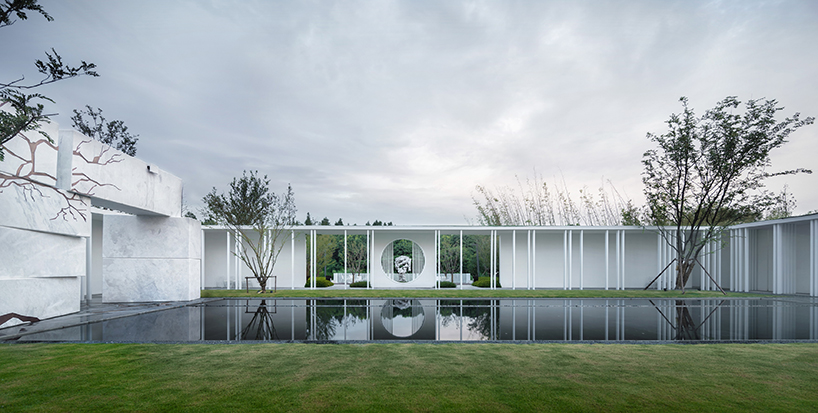 the pink wall, the door of the traditional garden, landscape and corridor fusion expression of the current ideology

the vertical scale of the corridor space will be a perfect sense of linear expression. the semi-permeable U-glass defines the space, permeating the light and the space, and portraying the language of the linear light as a carrier.  the use of water stains like the ground stone with a mountain-shaped water potential texture, and the facade of the plain wall of mutual integration. in the border using a light facade grille, resulting in the continuation of space, the grid of the shadow derived to the far end, resulting in a sense of continuity of space. 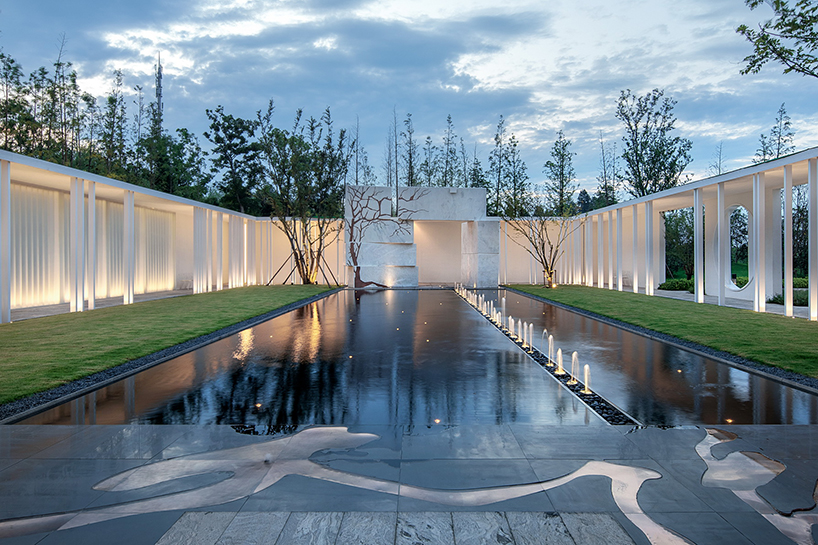 the landscape reflects off the water, extending to the end of the white marble with the mountains and rivers linked together, like the water in the pool to heaven. ink rhyme in the blank, white outside. very clean wall corresponds to the door rest area, cherry forest under the rest area combined with light outside the pendulum, in the space to achieve a balance in the forest peep under the light and shadow concerto. 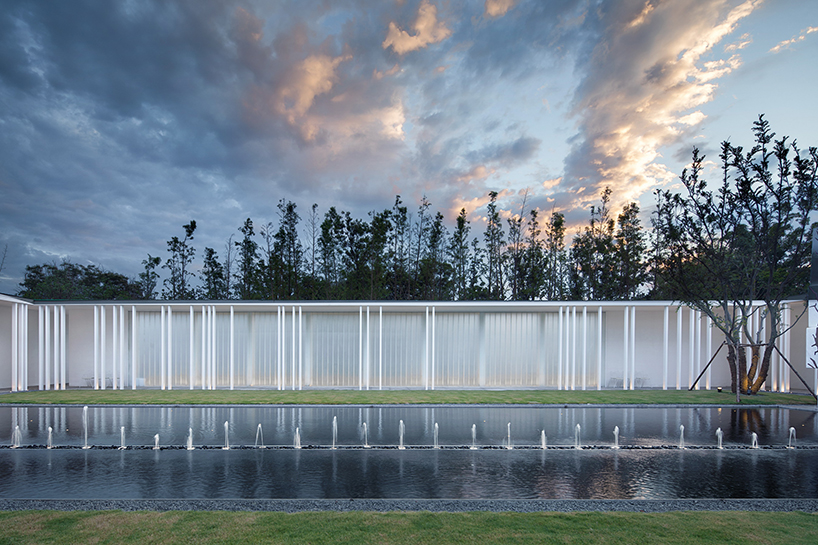 4,2 meters high corridor space, the vertical scale of the space will be a perfect sense of linear expression

entrance from the entrance, the overall facade to the white interface of the continuation of the continuation of layers of white, black and hazy twilight in the blur of the corridor and natural boundaries. space vaguely capture the shadow of the east, but also like landscape painting, will be brought into the remodeling of modernity. light and shadow of the sequence and white space integration and nature, it seems to re-interpretation of the traditional garden.

in the border using a light facade grill, resulting in the continuation of space

landau hopes to continue the modernization of the regional culture texture, reflecting the infiltration of park-style, close contact with the natural way of life. to create an ecological, humanistic, quality of the project image, the designers think that the landscape is closest to the product of nature, it is a gentle carrier, coordination and balance of human activities and natural space law, and landscape design layout, color and language, should be from the plot itself, the overall environment factors, common growth, in order to interpret a reasonable living language. 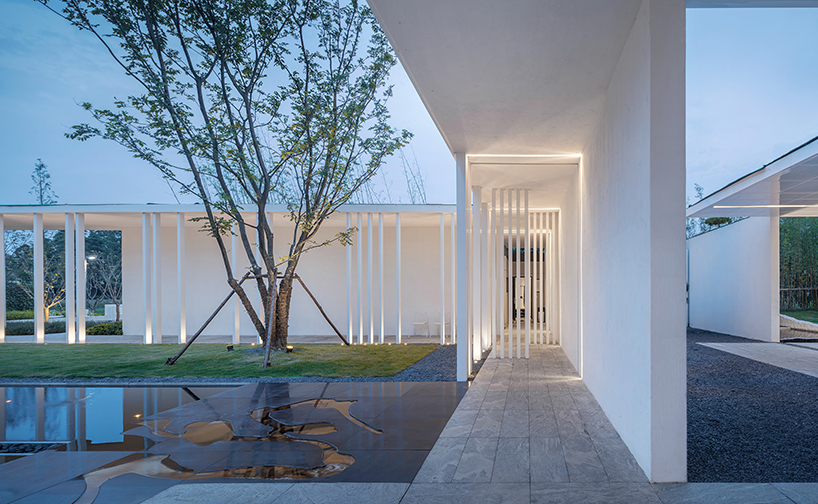 natural light pours into the whole site, while the wall and plant through time sketch out a hazy light 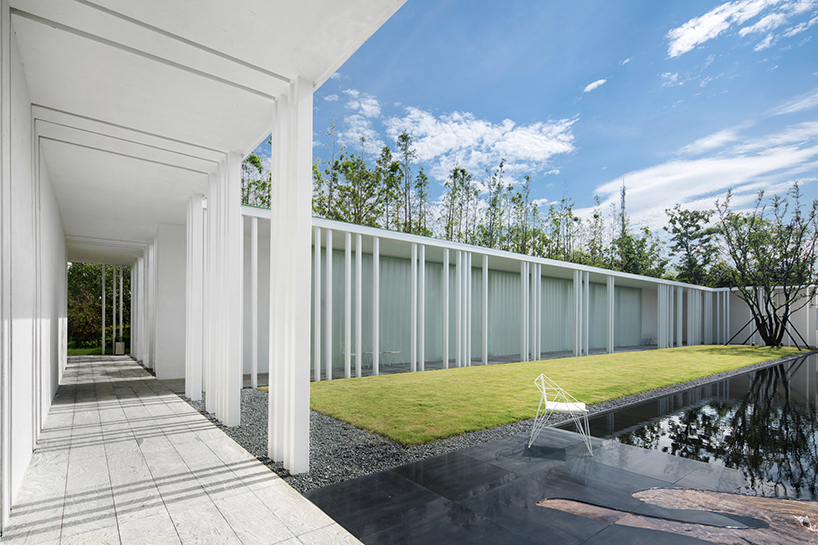 in the second space, the white corridors and black gravel composition of the ground form a larger contrast 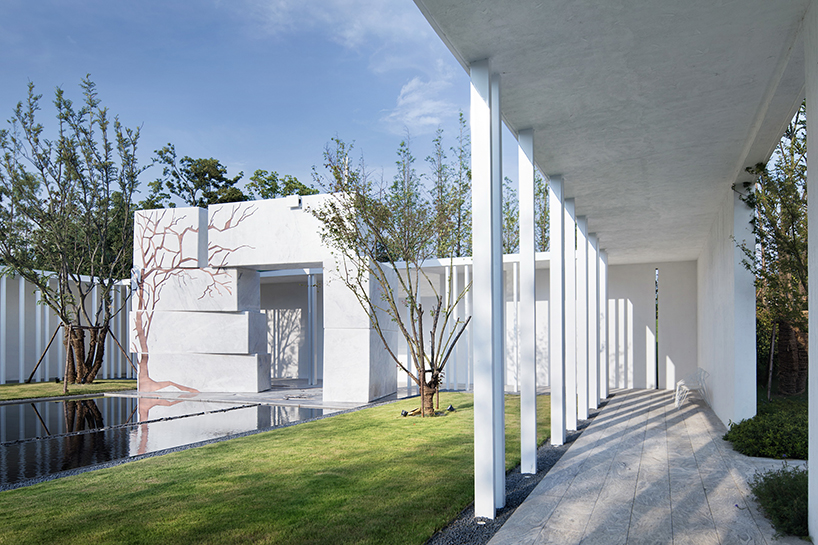 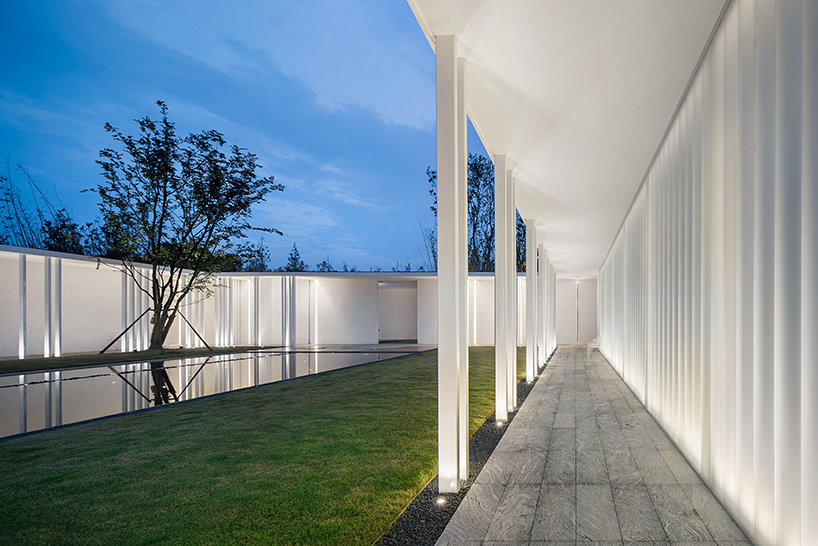 into the third space, the corridor defines the boundaries of the entire venue, clear and simple 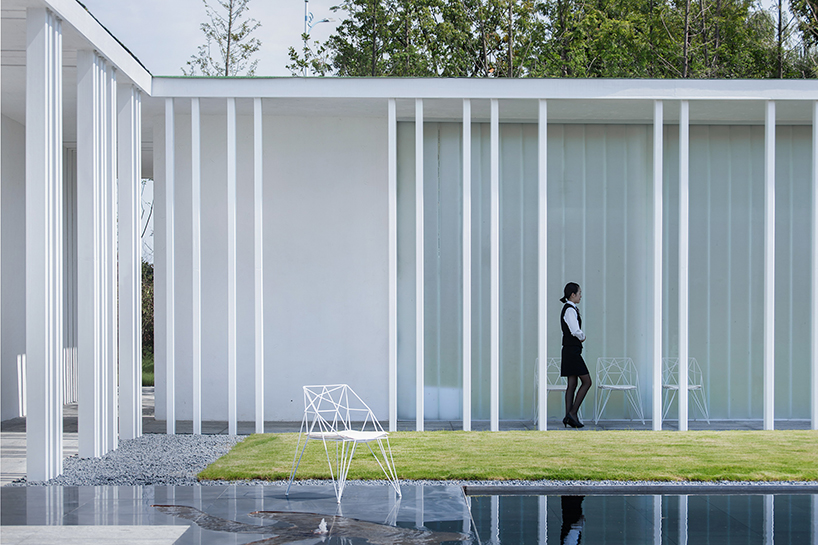