located forty-five meters from the seehotel am kaiserstrand is ‘bathhouse’, the undisputed highlight of the shore of lake constance in lochau, austria. designed by austrian practice lang + schwärzler, the structure is multi-faceted in its program, housing a restaurant, tanning deck and performance space for theater and musical events.

influenced by the materiality of the region’s vernacular architecture – classically wood or stone – the design features a shuttered exterior shell, which opens to expose the interior space, integrating it with the encircling body of water. 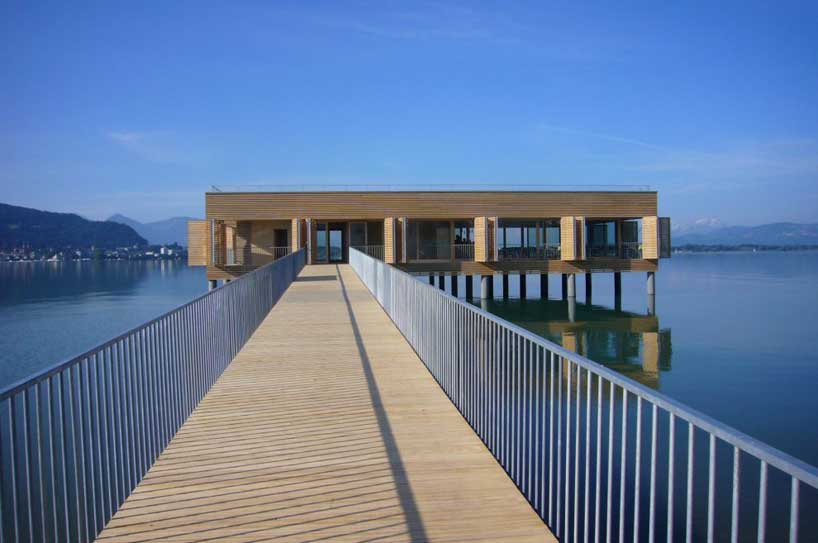 low and perfectly symmetrical in form, the structure appears to float above the water, set in its position by a collection of wooden pillars. a single and monumental dock defines the point of entry, which otherwise appears in unison with the rest of the structure. 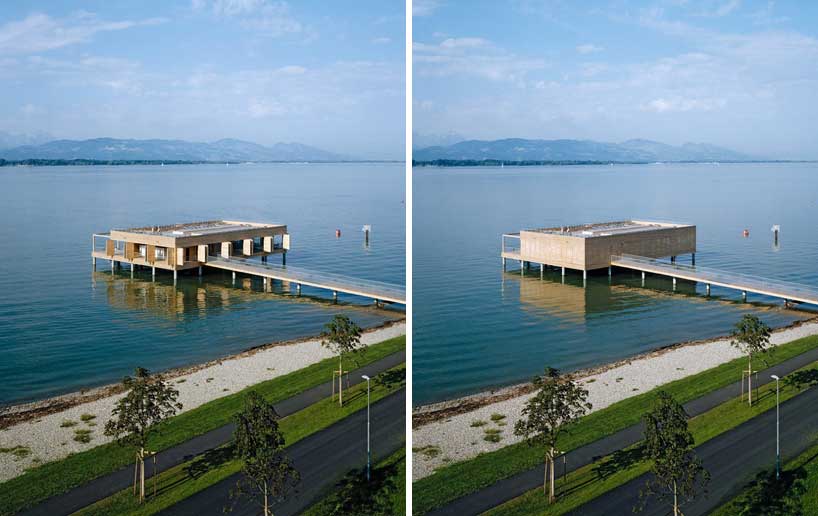 inside, an single room seems to be one with its surroundings, open to the lake and the natural breeze. a large un-sheltered

deck extends from the back of the unit, expanding on dining space while simultaneously providing access to the water. 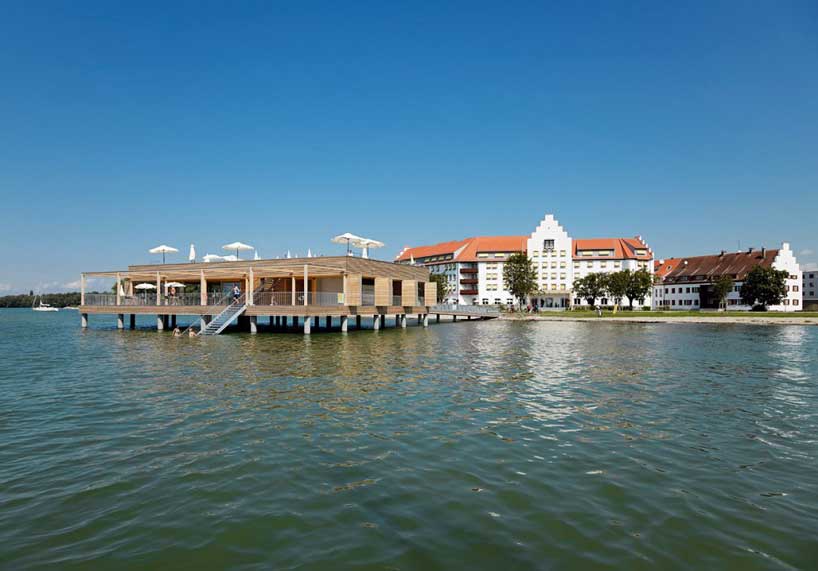 back image courtesy of lang + schwärzler 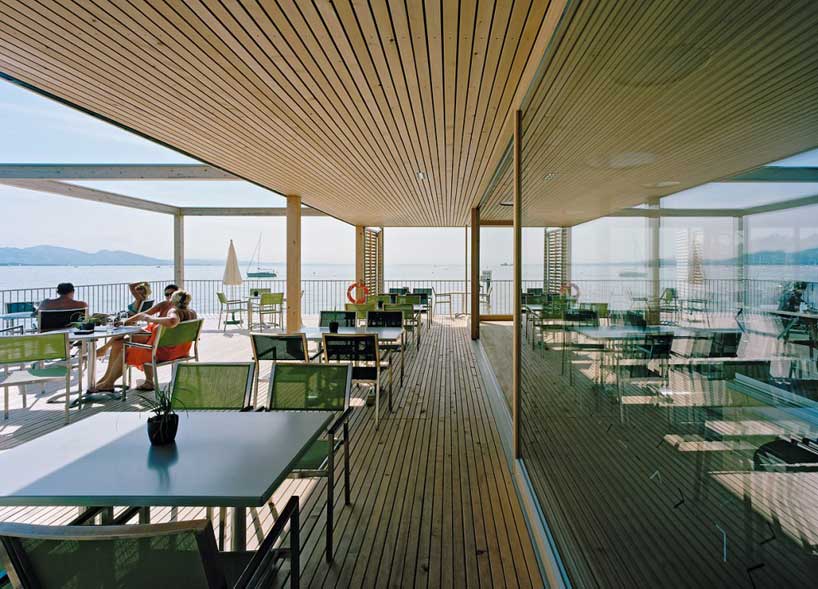 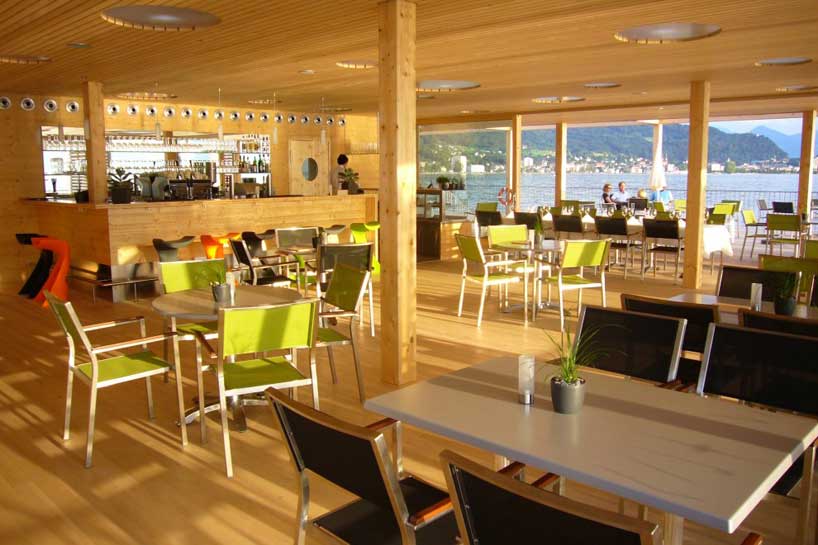 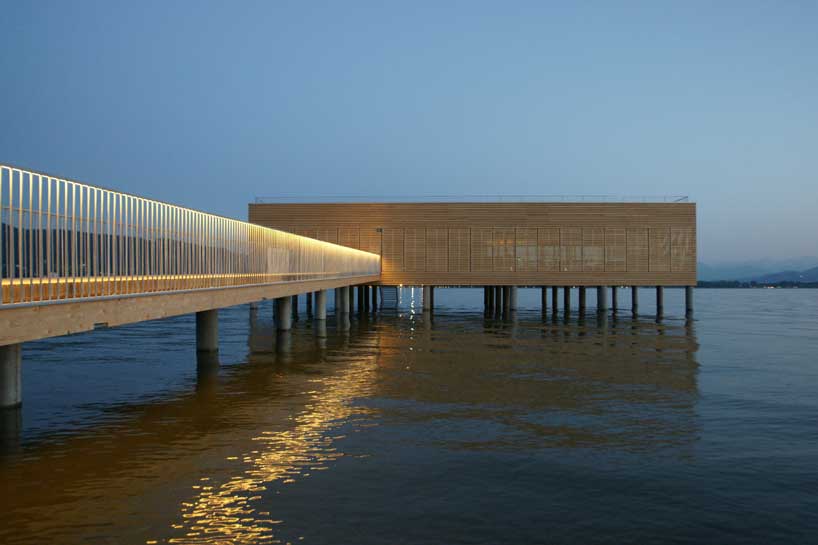 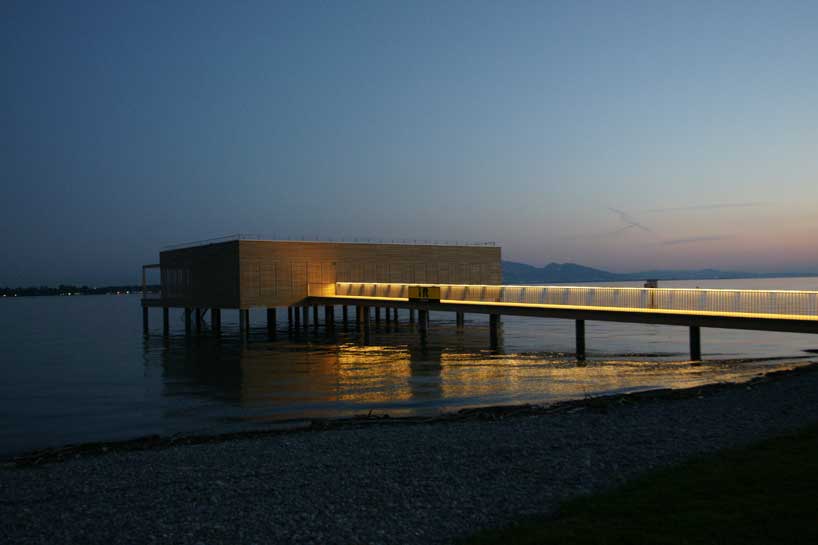 Mar 01, 2021
ODDO architects incorporates round window into the brick exterior of VH house in hanoi
the house consists of three separate brick volumes set above a continuous living space on the ground floor.
architecture
785 shares
connections: +3430