the creation of a new guggenheim in the harbor area of helsinki raises the question of the relationship between art content versus people, between the museum as a building versus the city and its public space. ‘perpendicular’ is a proposal by laurent de carniere that explores this dialogue in both directions. 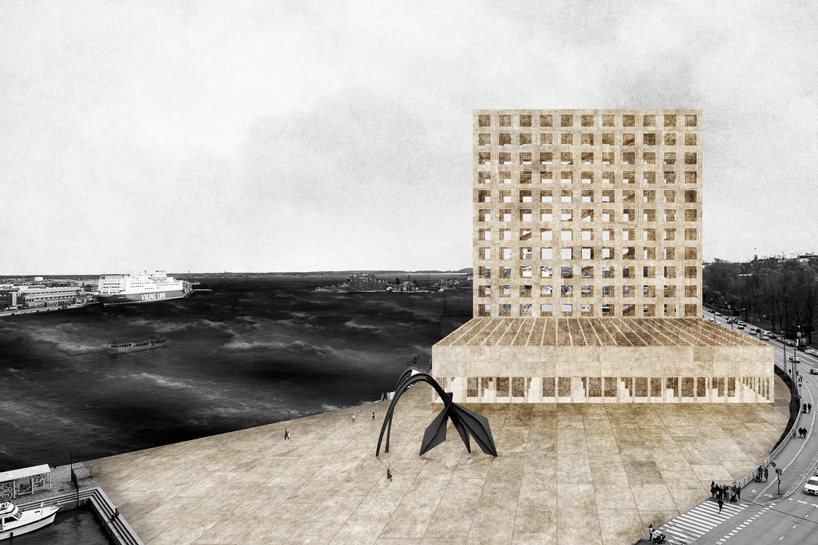 perspective view from the city

horizontality is evoked by the exhibition, which acts as an extension of the civic amenities by offering the juxtaposition of two rational and geometric areas based on a grid plan. the choice of using this evenly proportioned system throughout its radical form offers availability for uses and programs. ‘but more than an economic system in terms of space management or programmatic flexibility, this configuration tends to validate the very existence of museum content and the variety of its manifestations,’ de carniere adds. 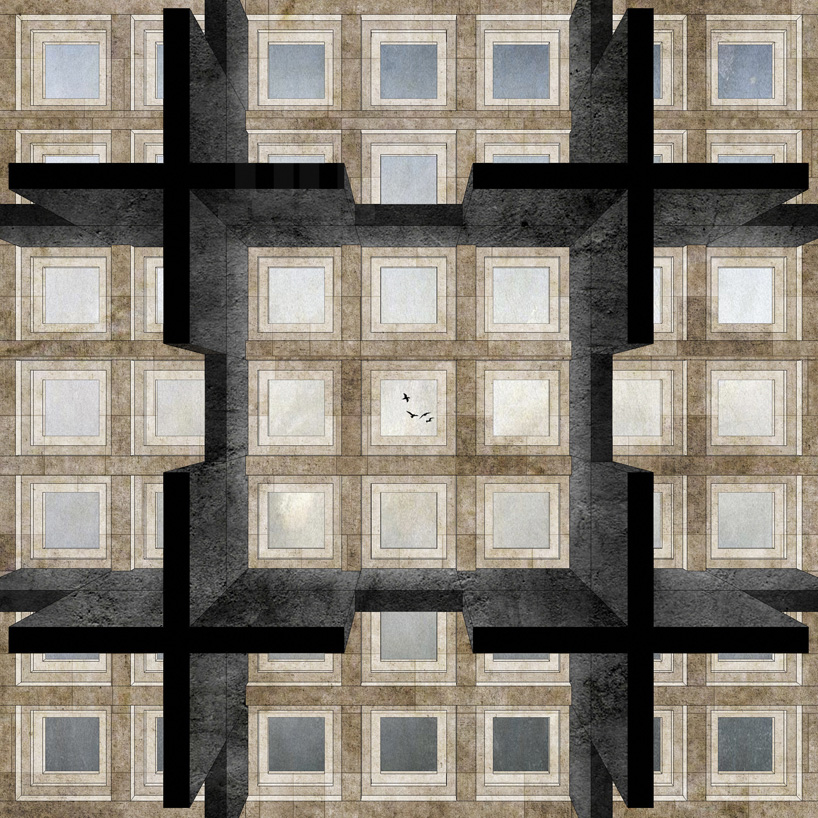 within this organization exists a zone covered by overhead lighting that offers a succession of generic rooms attached to each other without corridors. in addition, performances can express themselves in an open, interior garden enclosed by a natural stone wall which houses a gallery for temporary exhibits and workshops. the introduction of a series of simple elements such as beams, poles, or walls, doesn’t only provide structural purposes, but also defines the formal expression of the museum. the details are duplicated, thickened, to claim its architectural identity. 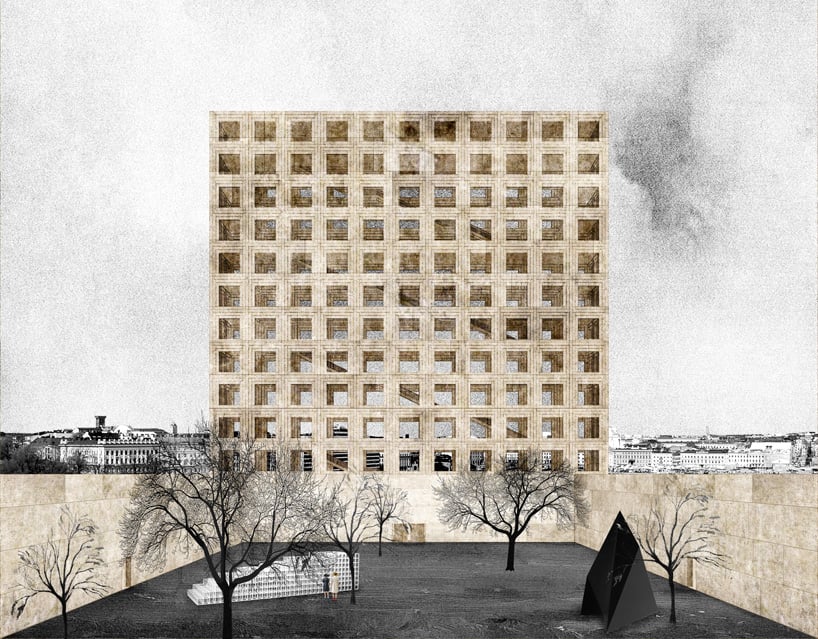 a thin vertical extension rises above, centered on the horizontal slab at the intersection of the network of squares and the enclosed greenery. these two perpendicular volumes form a single entity that becomes a new landmark in the harbor landscape. the upper part of the facility includes high-rise areas for displays, restaurants with panoramic views, shops, and projections rooms. the project does not tend to blend into the terrain, but rather to assert an assumed presence in its port context and in the skyline of the city, providing the appropriate and adaptable tools to expose the richness and variety of artworks alongside changes of society. 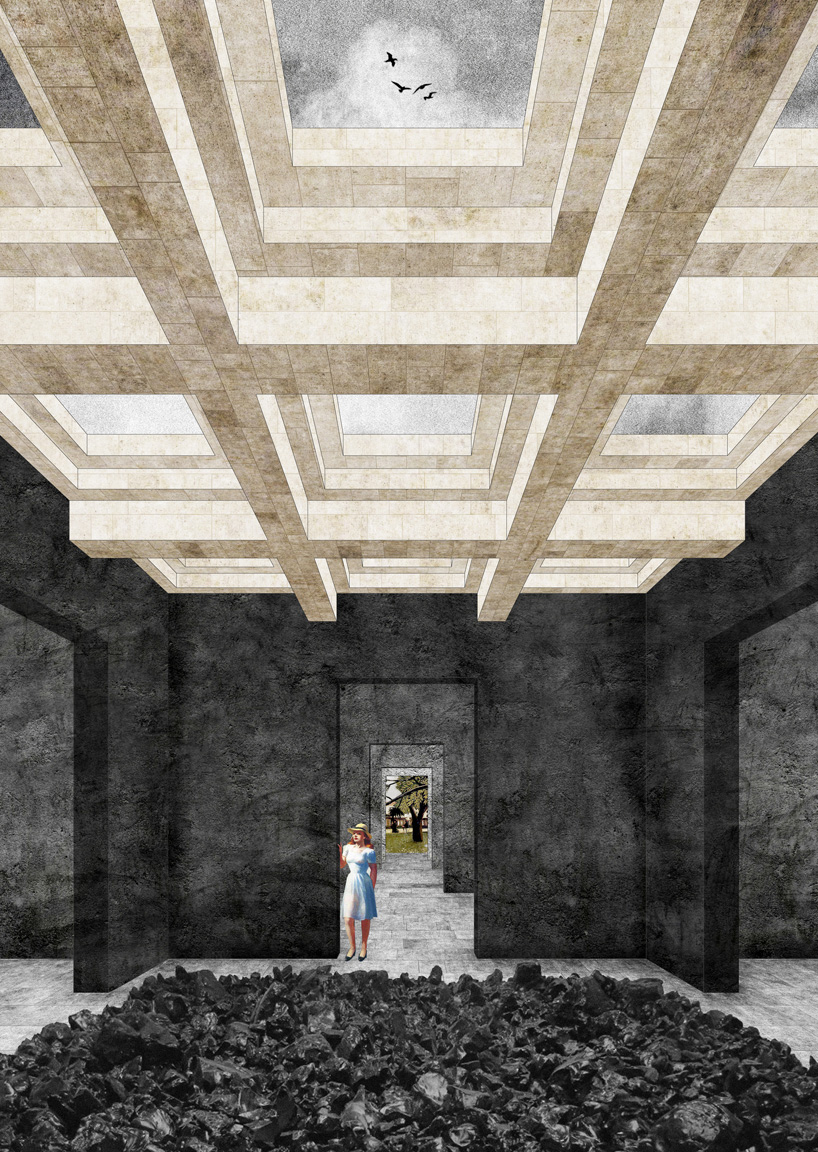 interior of a gallery space 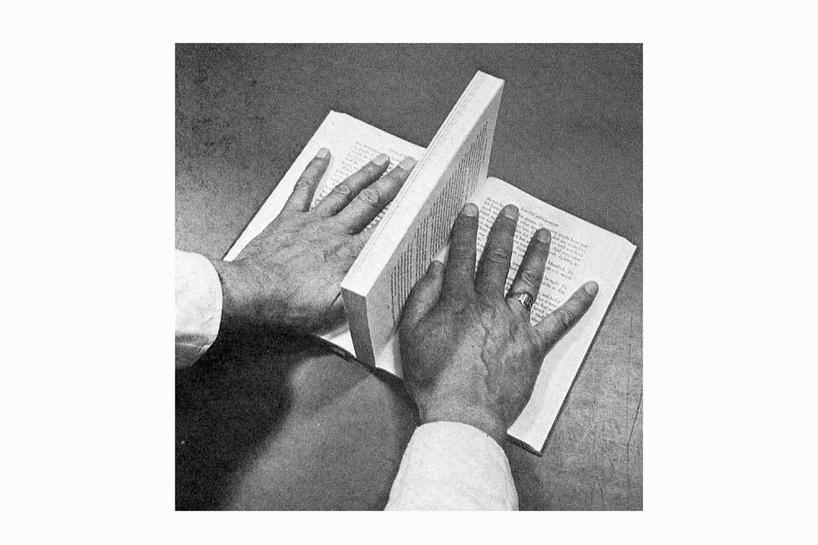 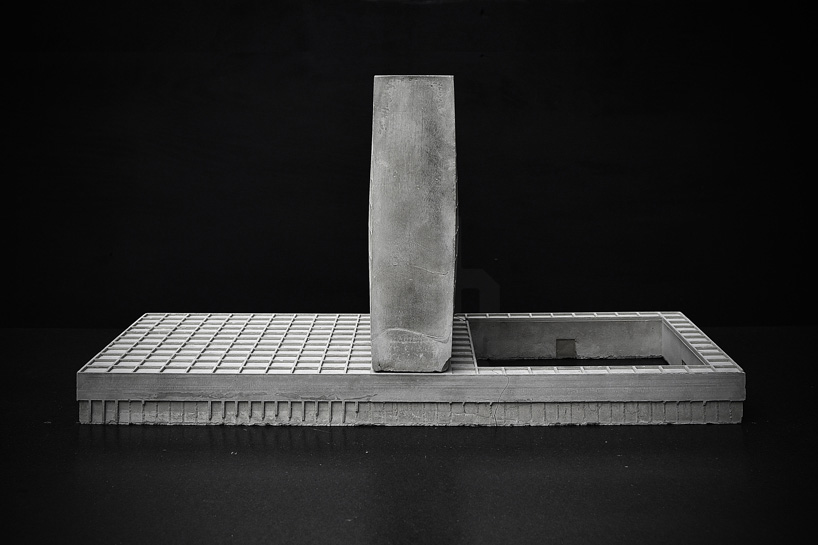 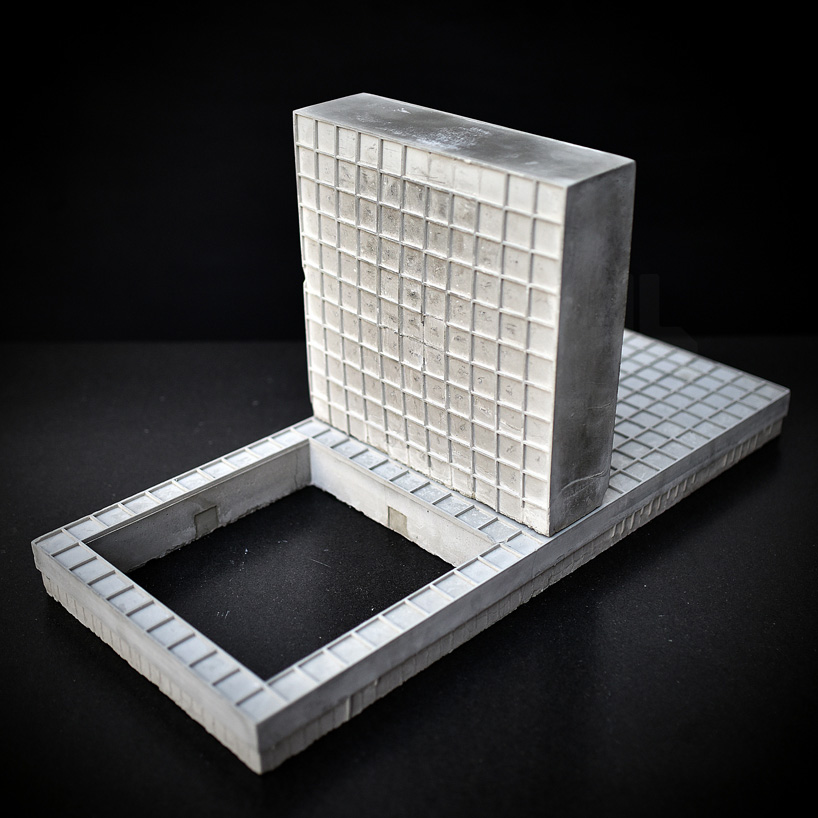 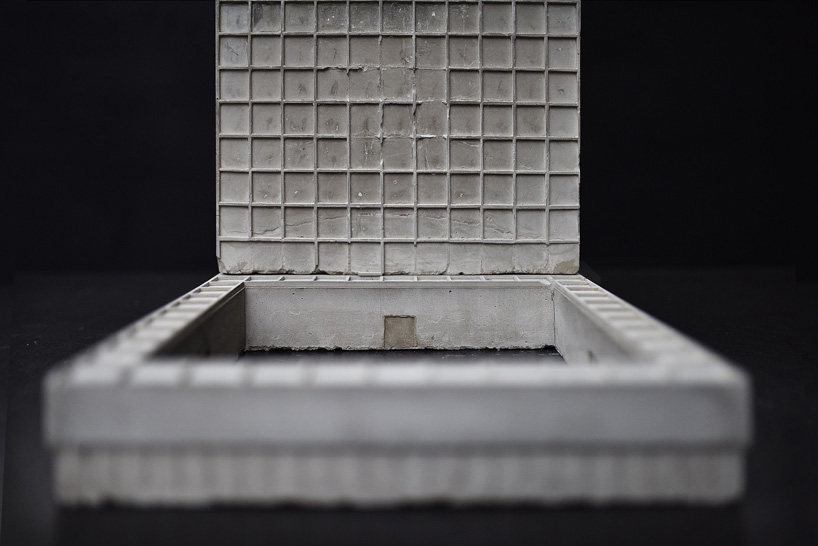 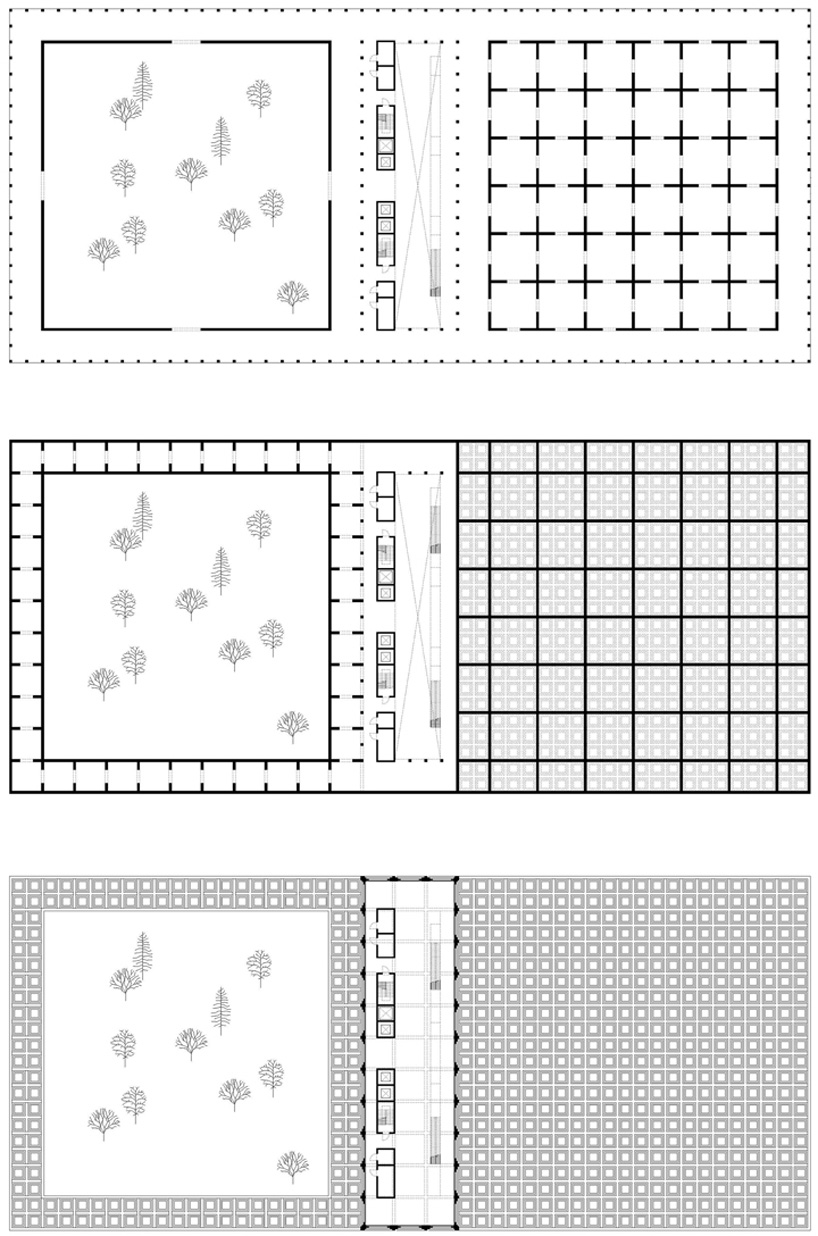 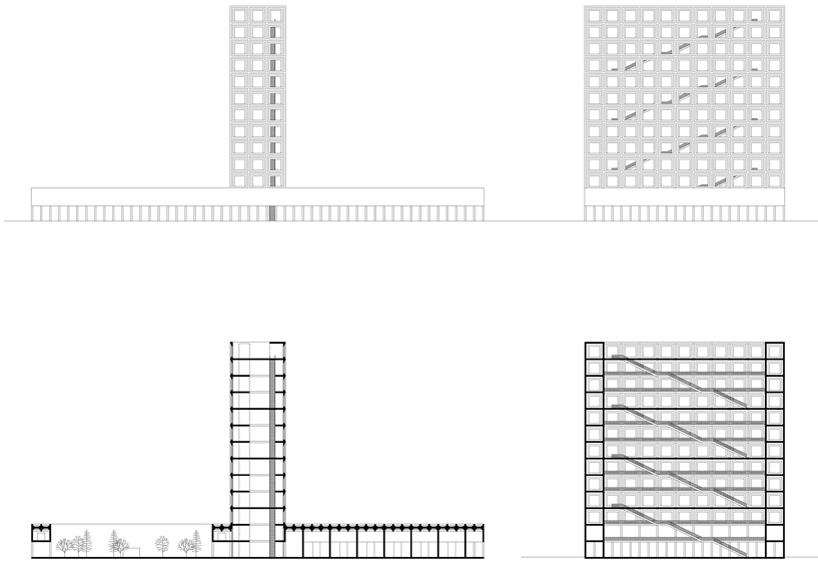