international firm LAVA has paired with german developer moritz gruppe to revitalize a particular urban quarter of berlin with their design for ‘the square 3’. the mixed use development draws its formal qualities from components of the site, namely the nearby olympic training quarters and europe’s largest urban nature reserve. towers reflecting gold, silver and bronze hues complement three angular city block buildings to create a new typology for vertical living in germany.

while single-use structures are far more common, the project seeks to capitalize on the cultural resources of alexanderplatz, the heart of berlin, to begin a movement toward consolidated living. commercial, social and leisure facilities are conceptually organized around themes of ‘sport’, ‘nature’ and ‘life.’ the development proposes residences resting on an urban plan that includes green roofscapes, cascading balconies, courtyards and diagonally shaped green piazzas filled with hanging gardens.

in an effort to connect with local history, ideas about sports played a major role in the design process. the ‘olympic towers’ rise above the athletics podium, complete with metallic facades reminiscent of olympic medals. each building is tapered to maximize sunlight, city views and cross-ventilation, but also accommodates sports-focused offices, hotels and shopping malls as well as medical and research centers. the architecture gives form to a lifestyle optimized for maximum environmental and human performance. 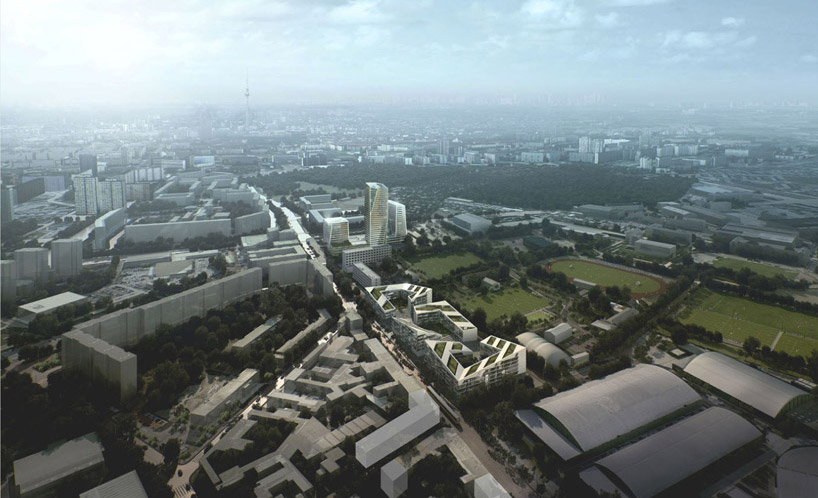 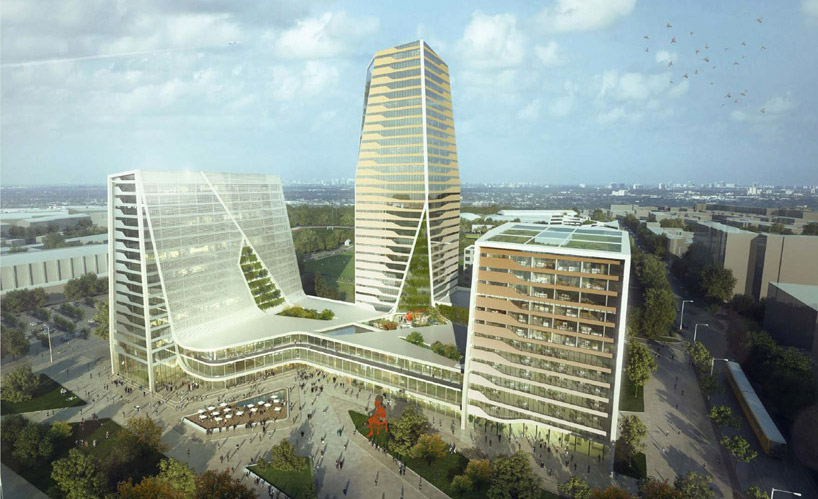 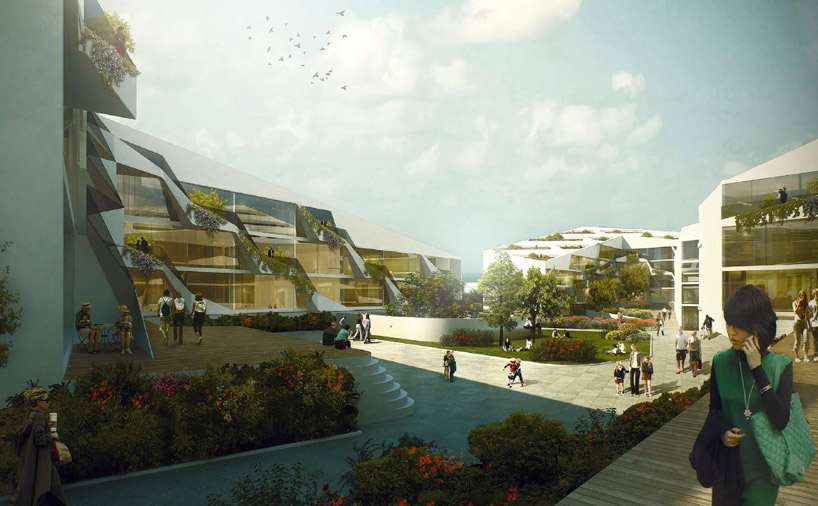 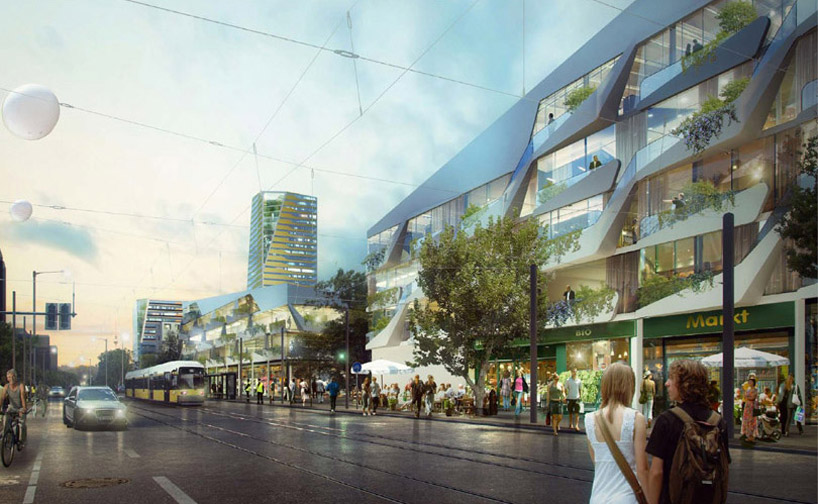 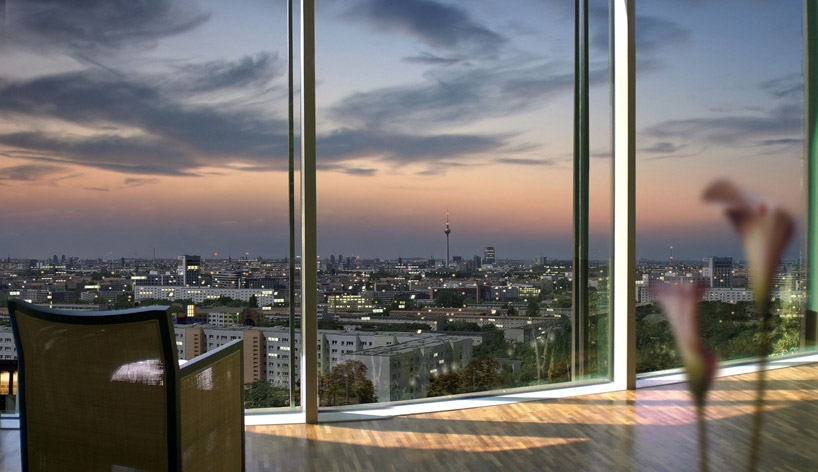 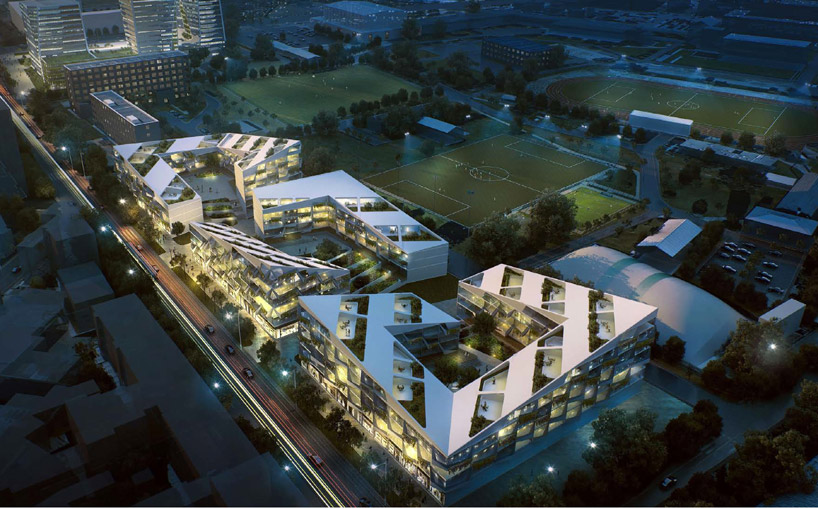 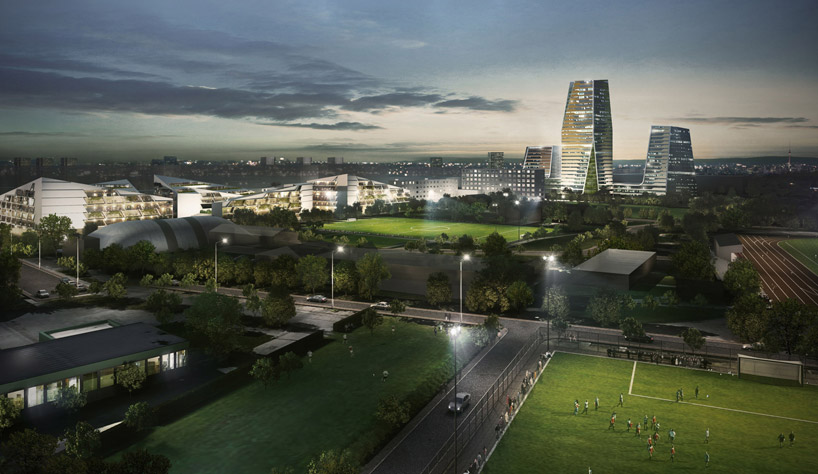 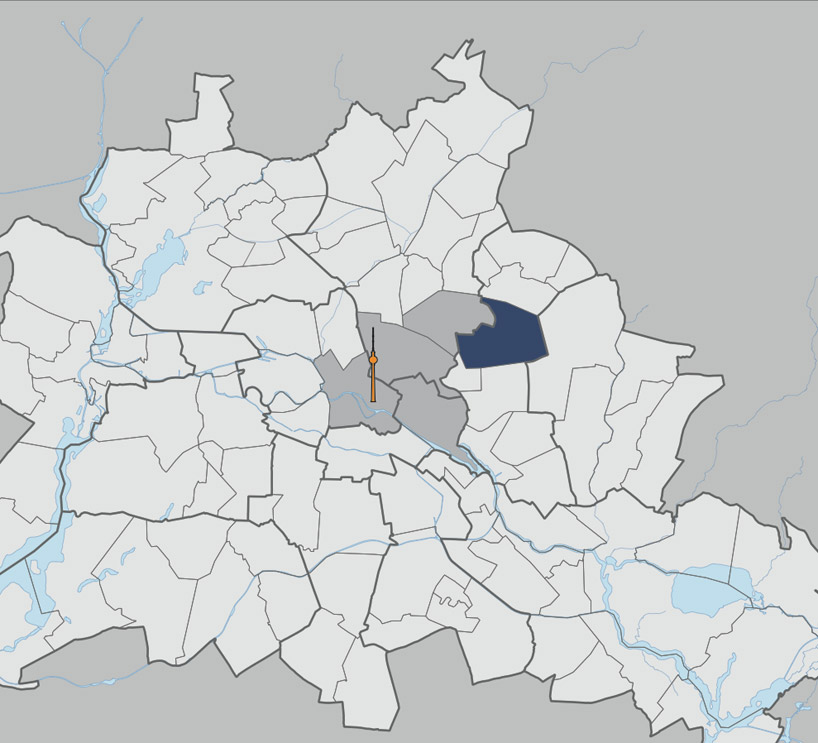 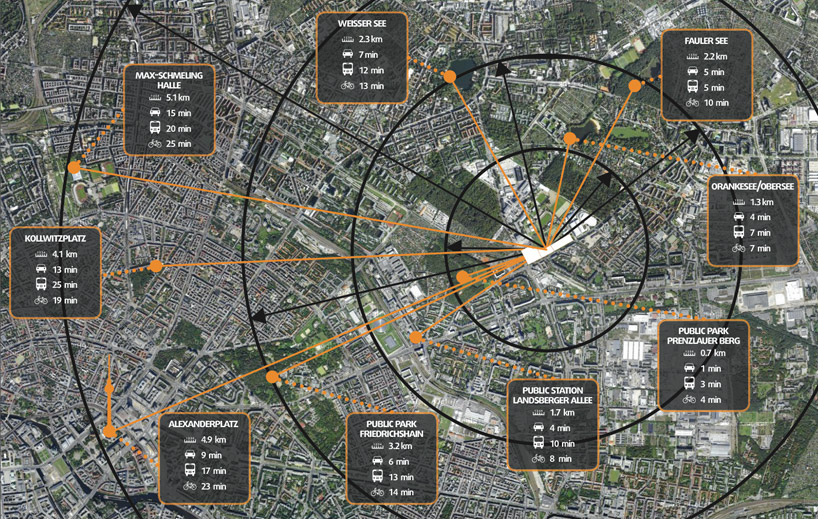 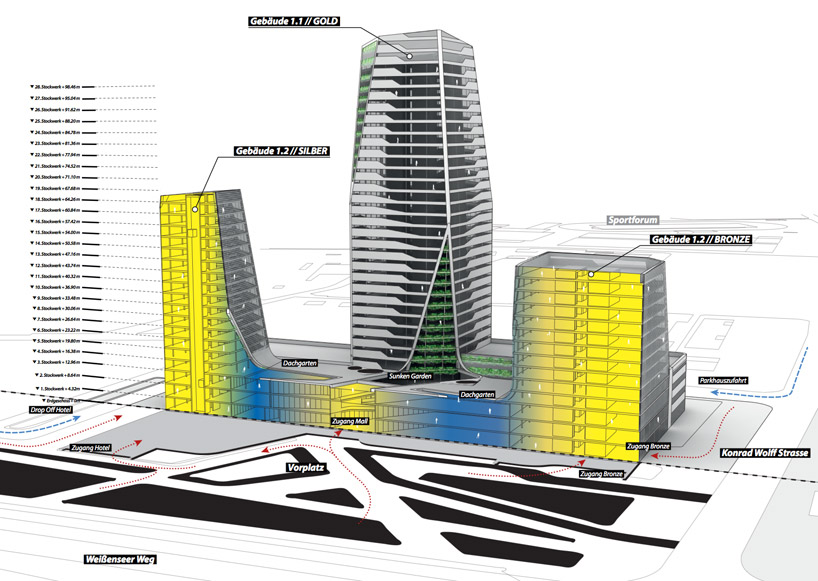 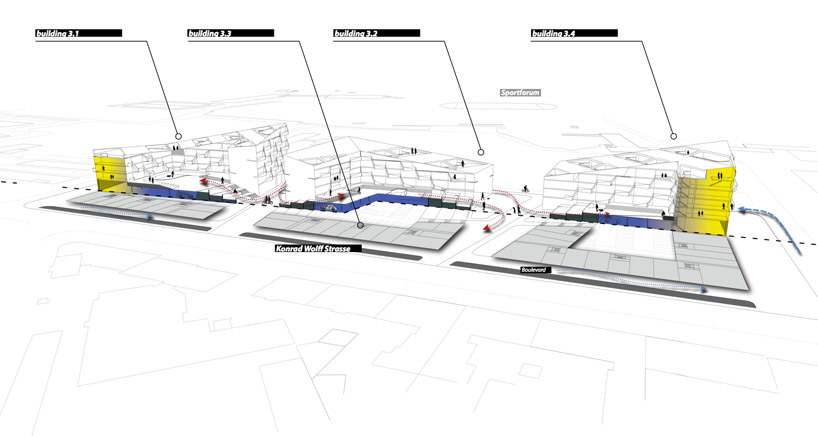 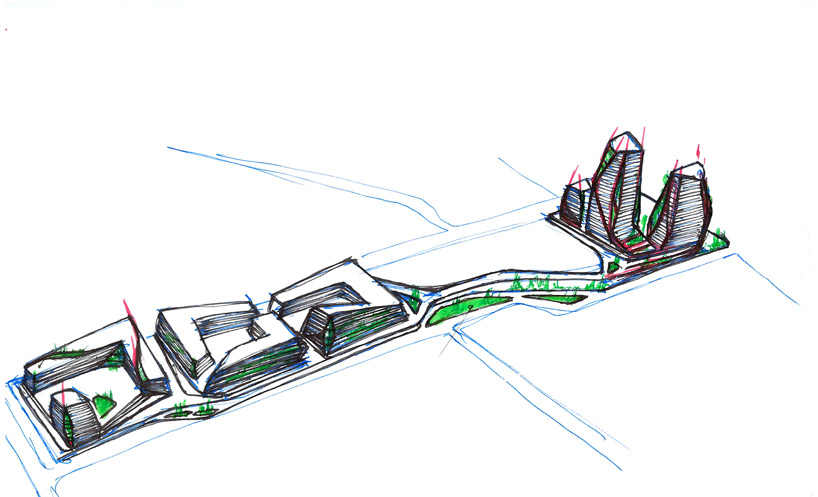