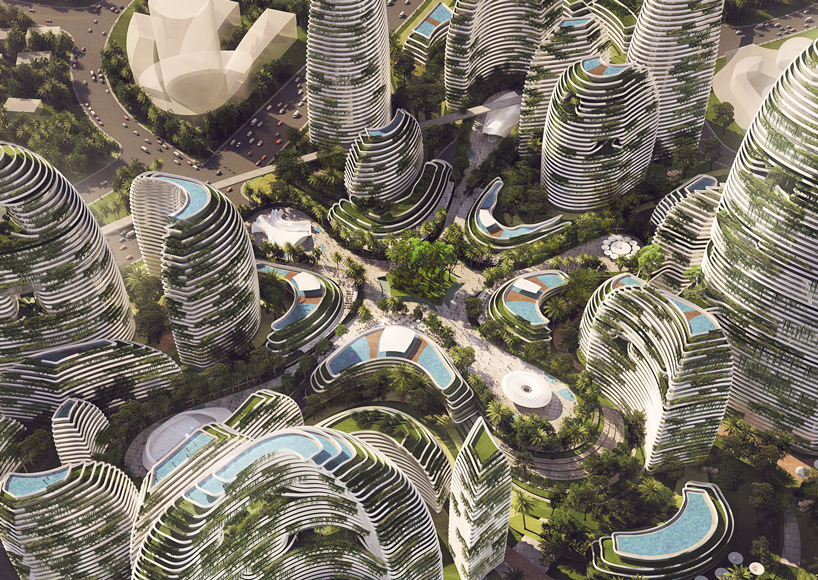 architecture studio LAVA has finished runner-up in an international competition to design a new city in malaysia. rather than one iconic building or skyline, the concept behind the project defines the city as a central public space — a real forest. ‘skylines across the world look the same — usually a couple of iconic towers in the center surrounded by lots of lesser quality buildings, which all resemble each other,’ explains chris bosse, director of LAVA. ‘here we have designed an inverse city skyline where the icon of the city is a public space, not an object/building.’ 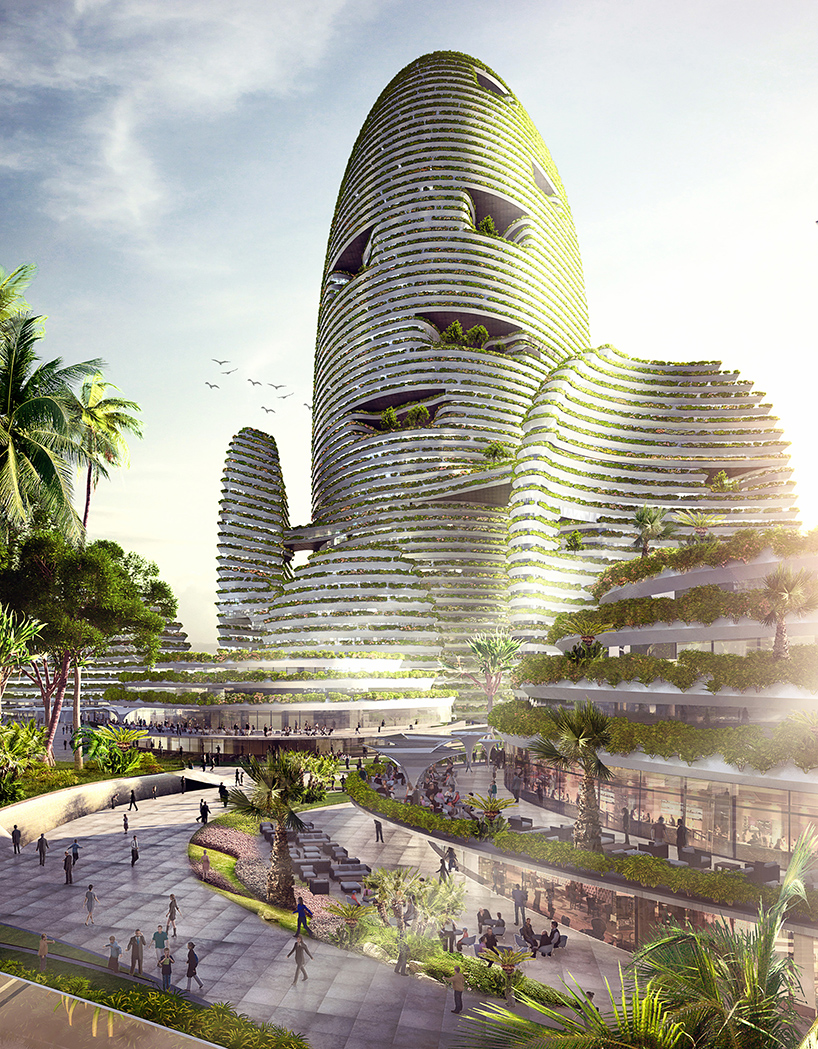 forest city, an initiative from chinese developer country garden, is a new 20 square kilometer smart city situated in southern malaysia. to be built on reclaimed land, the development would accommodate 700,000 people with office towers, parks, hotels, shopping malls and an international school. the competition called for designs that implement efficient of land use, enhance the quality of space and environment, and include a landmark building that embodies the notion of a forest city. 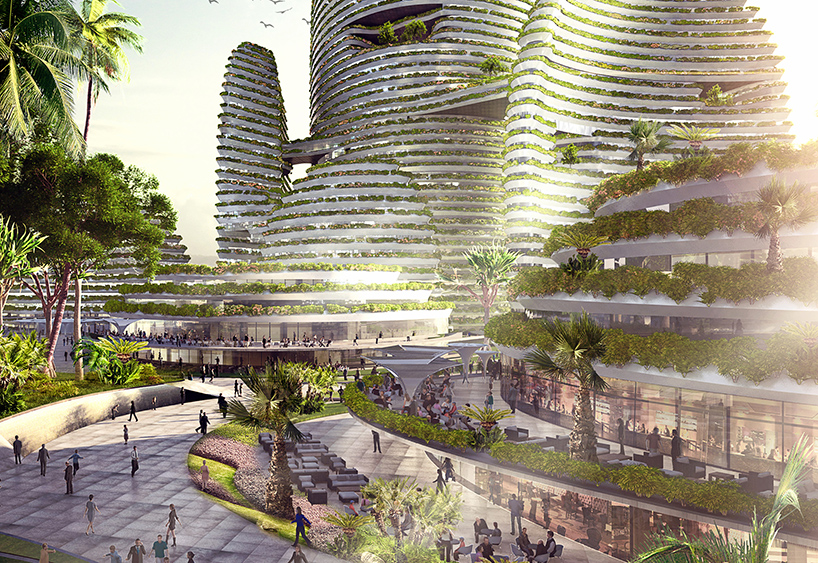 the rainforest valley, the scheme’s central public space, has five quarters that represent the five elements of chinese taoist cosmology: wood, fire, earth, metal and water. at its center, LAVA has positioned a rainforest that is surrounded by a waterfall. the design teams says that this is a visual reminder of the city as a three-dimensional ecosystem. the valley, both visually and physically, connects the undercroft with the pedestrian level above, and provides light and ventilation. 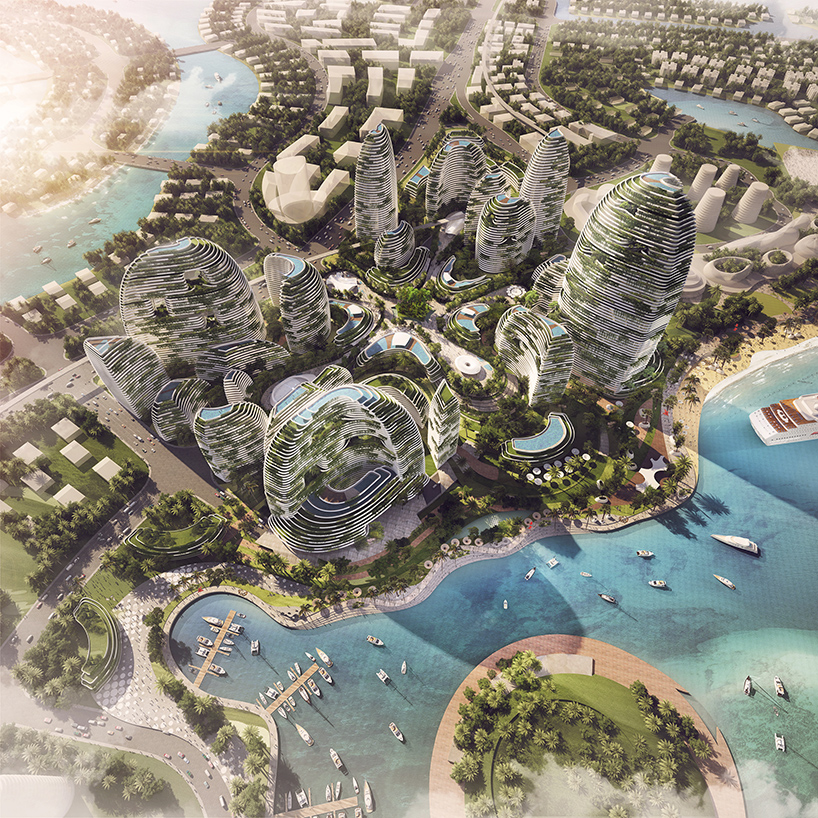 a group of buildings step down towards this green public center, while a landmark tower contains serviced apartments, hotels, retail and commercial space. the modular floor plans have been designed to be efficient, easy to construct and cost-effective, with roof gardens used to lower internal temperatures. this also means that, in contrast with traditional, centralized masterplan layouts, all apartments offer pleasant external views. 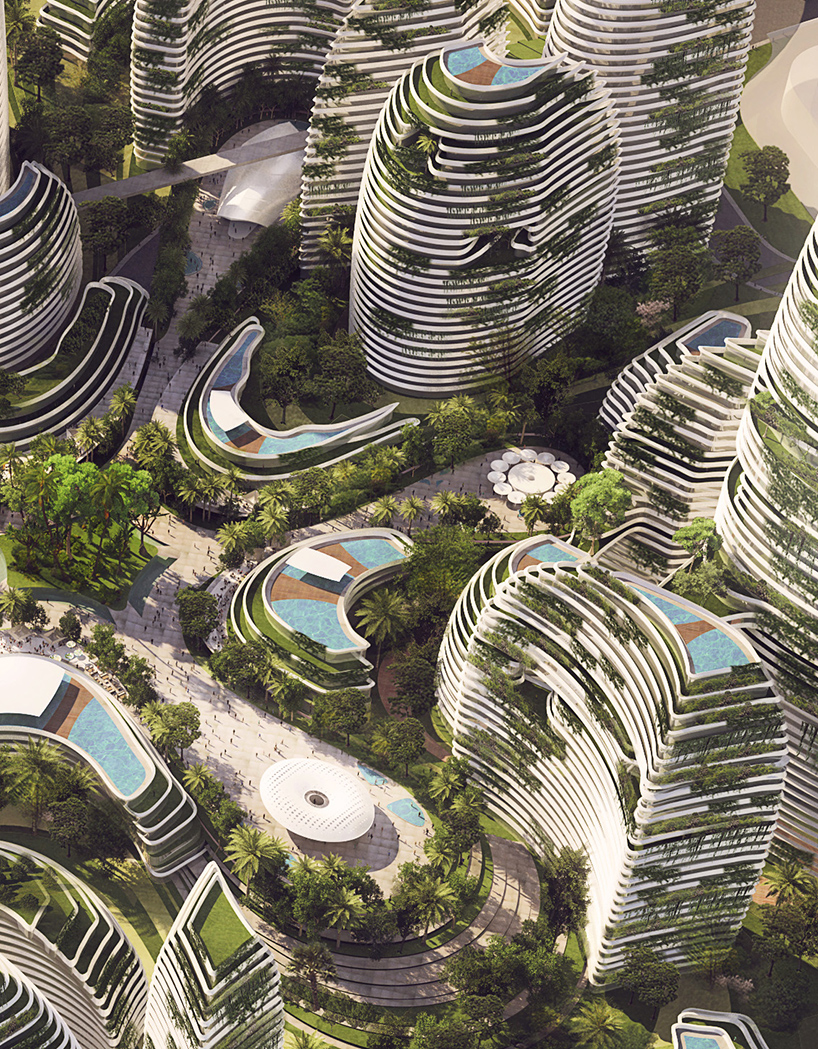 the development would accommodate 700,000 people with office towers, parks, and hotels

‘LAVA was thrilled to win 2nd place in this competition and play our part in showcasing solutions for a world-class sustainable smart city — a role model for future city design,’ concludes bosse. ‘the international design competition for the mixed-use green development attracted over 500 international entries with the twin themes of ‘integrating businesses and the city’ as well as ‘urban innovation’.’ 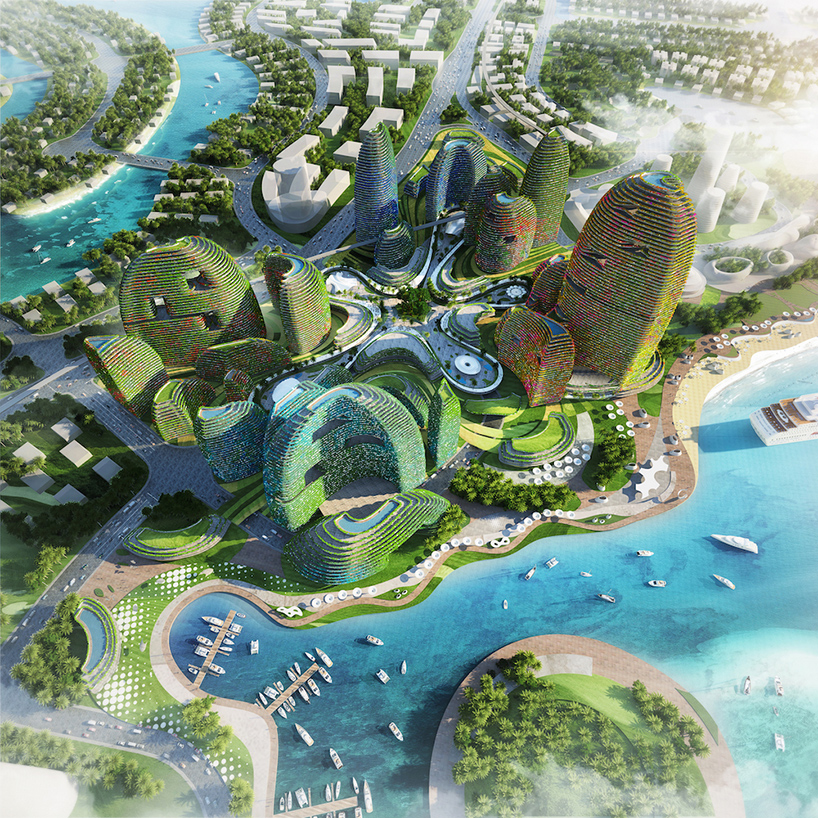 a central rainforest is surrounded by a waterfall 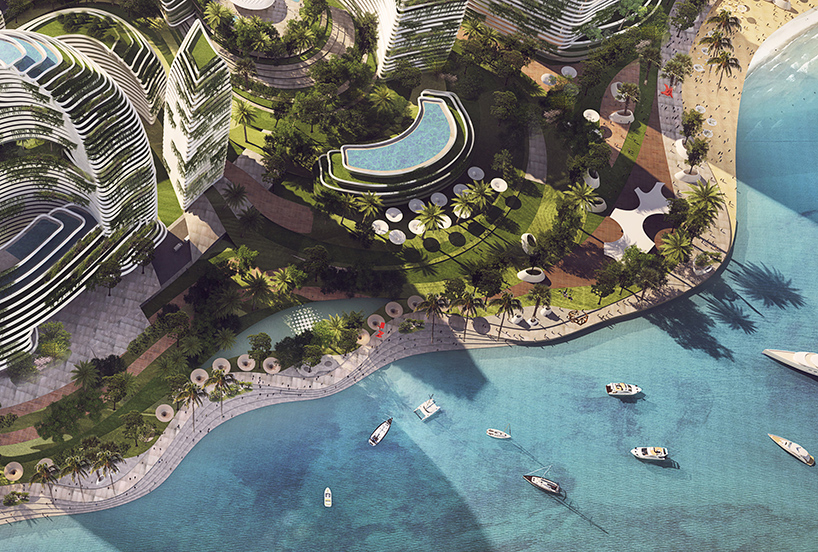 the coastline offers residents and visitors beaches and promenades 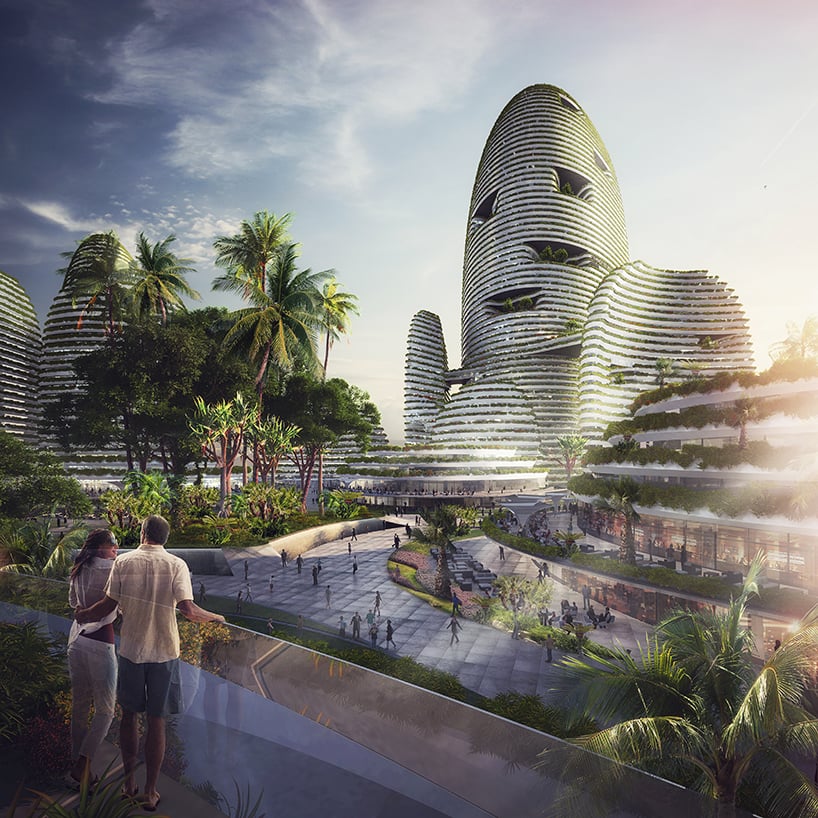 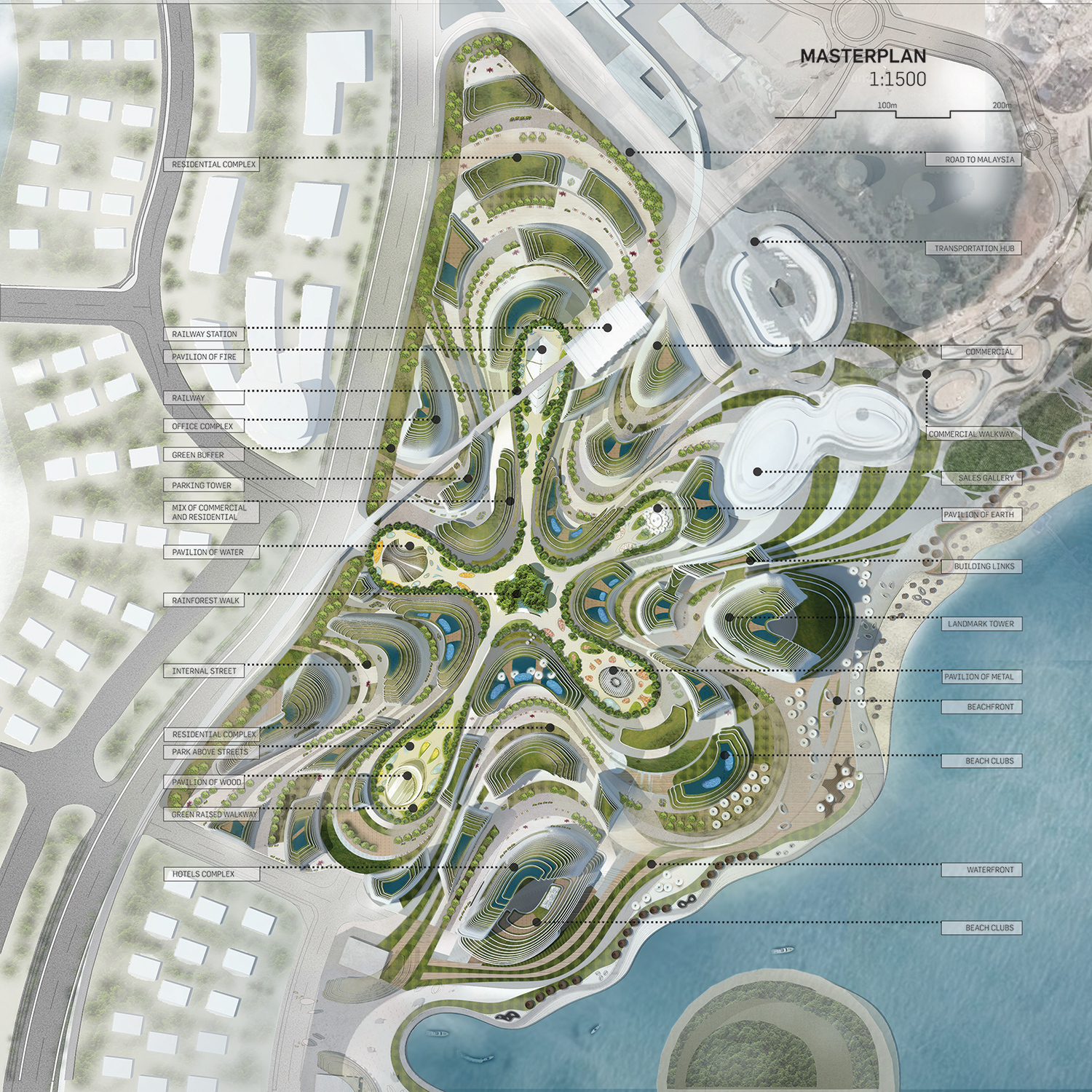 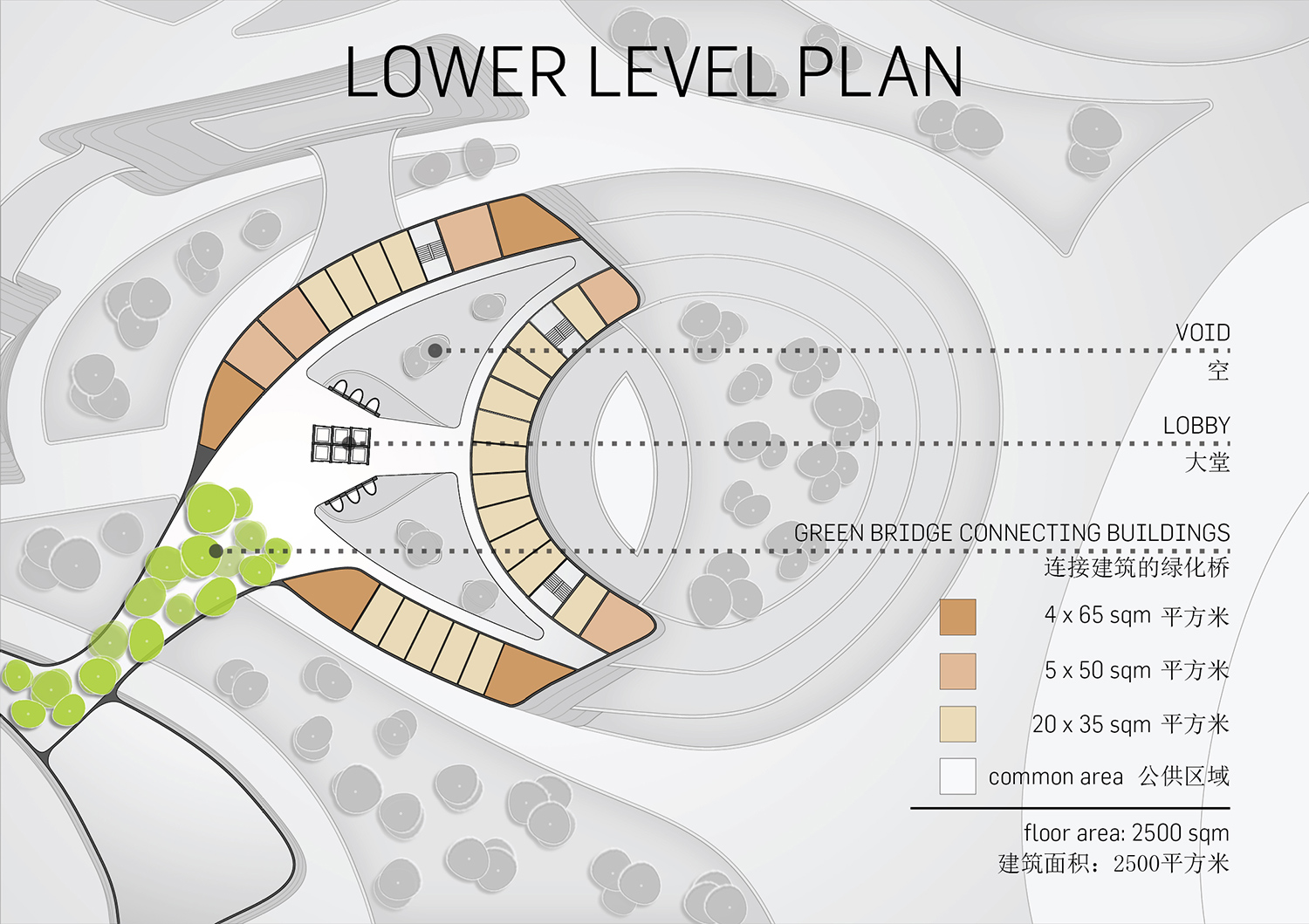 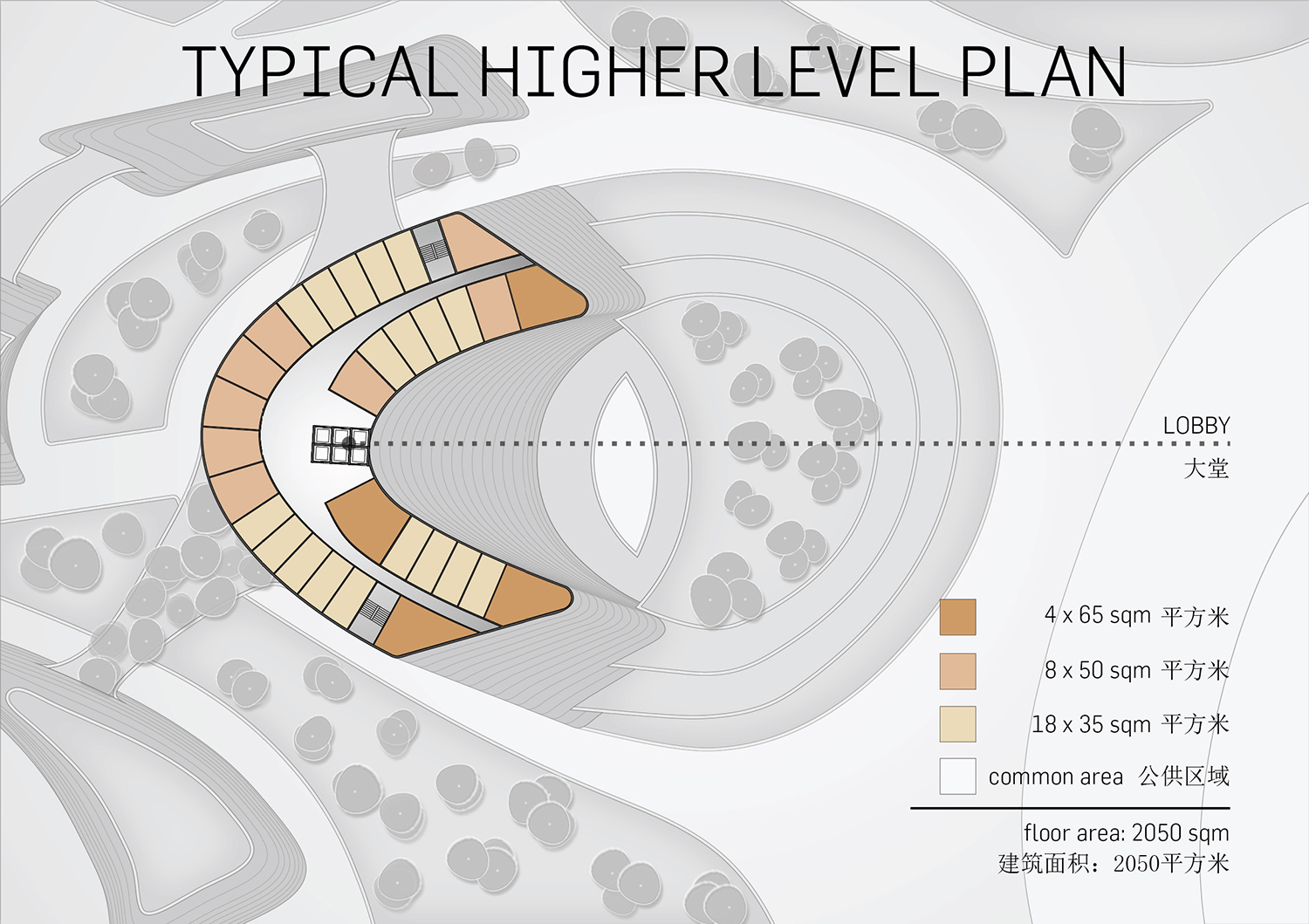 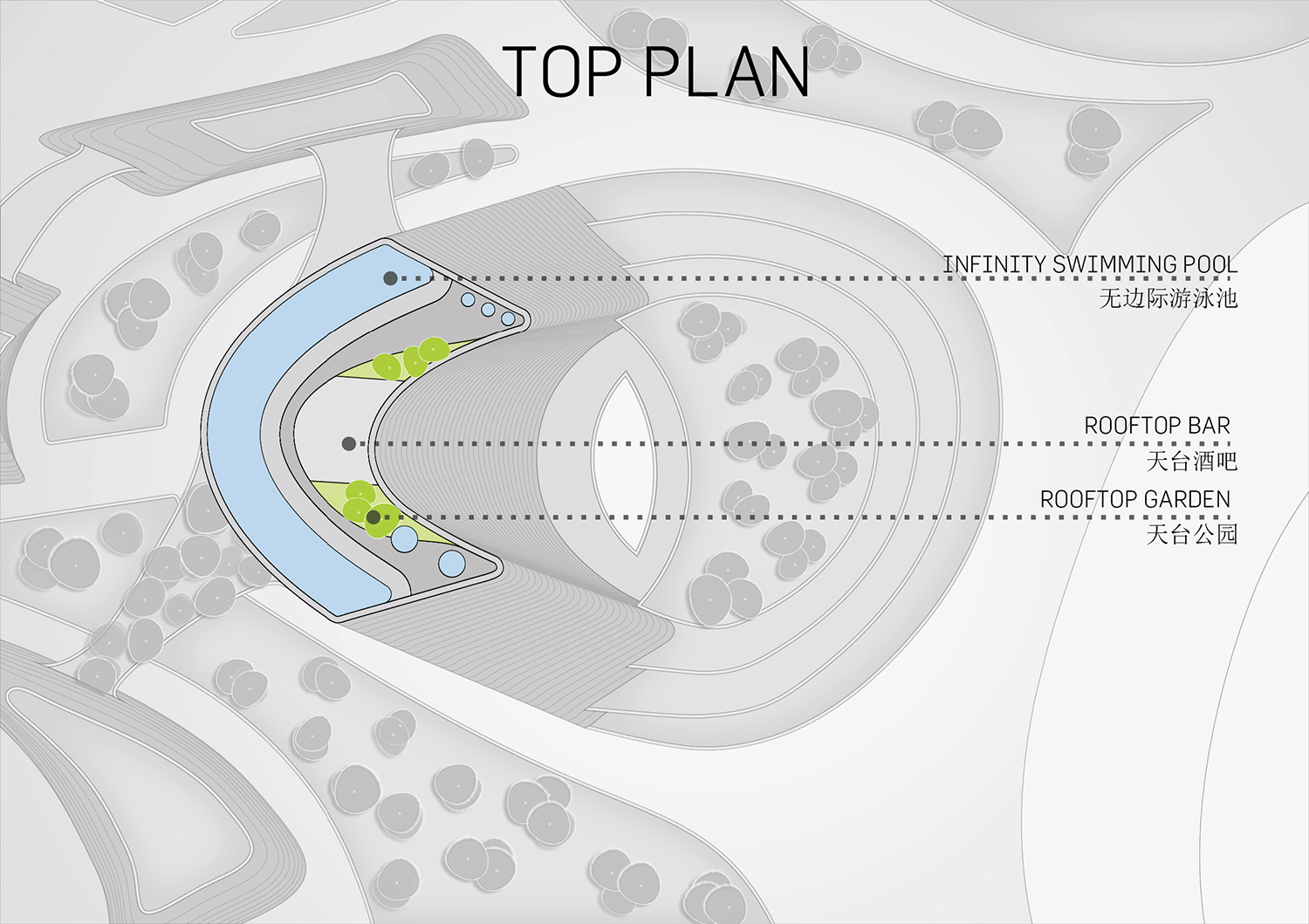 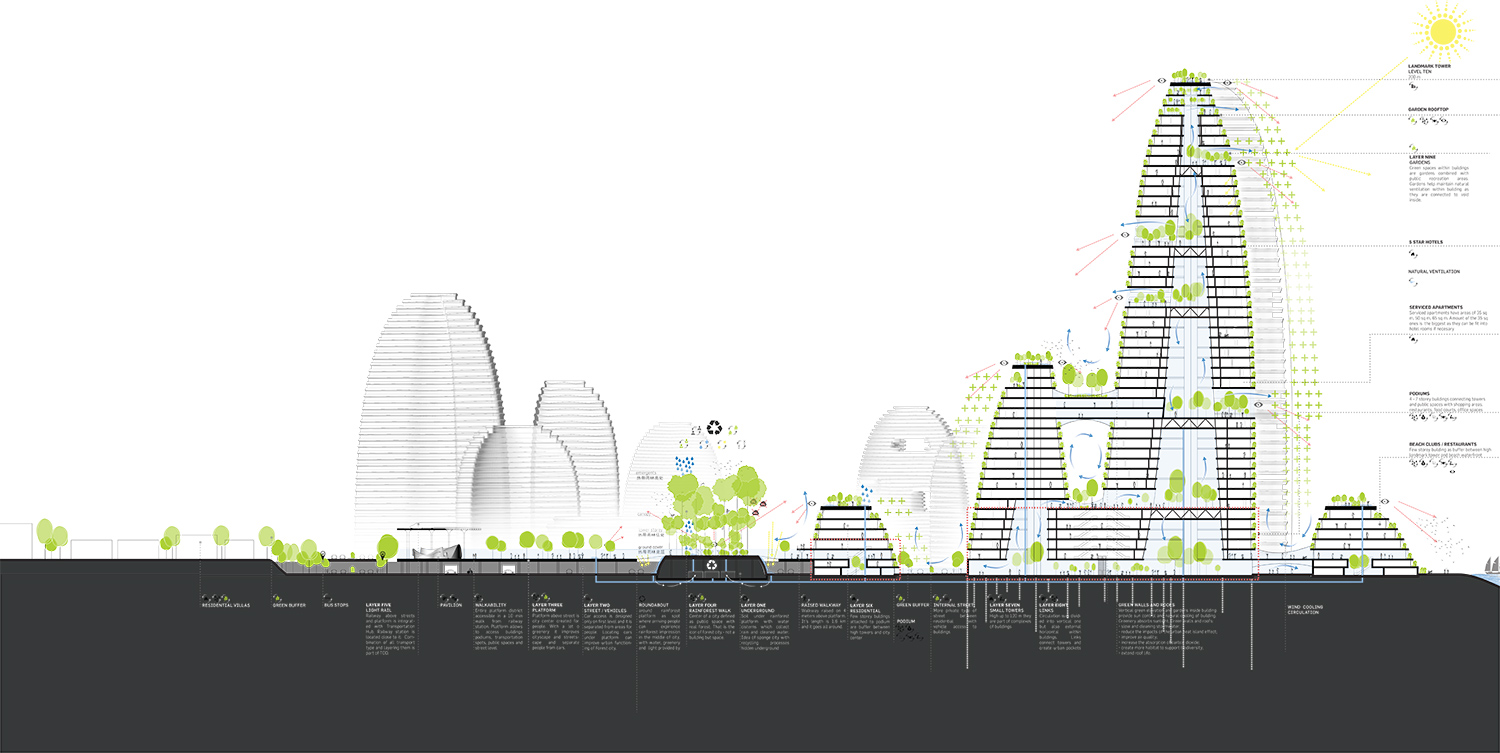 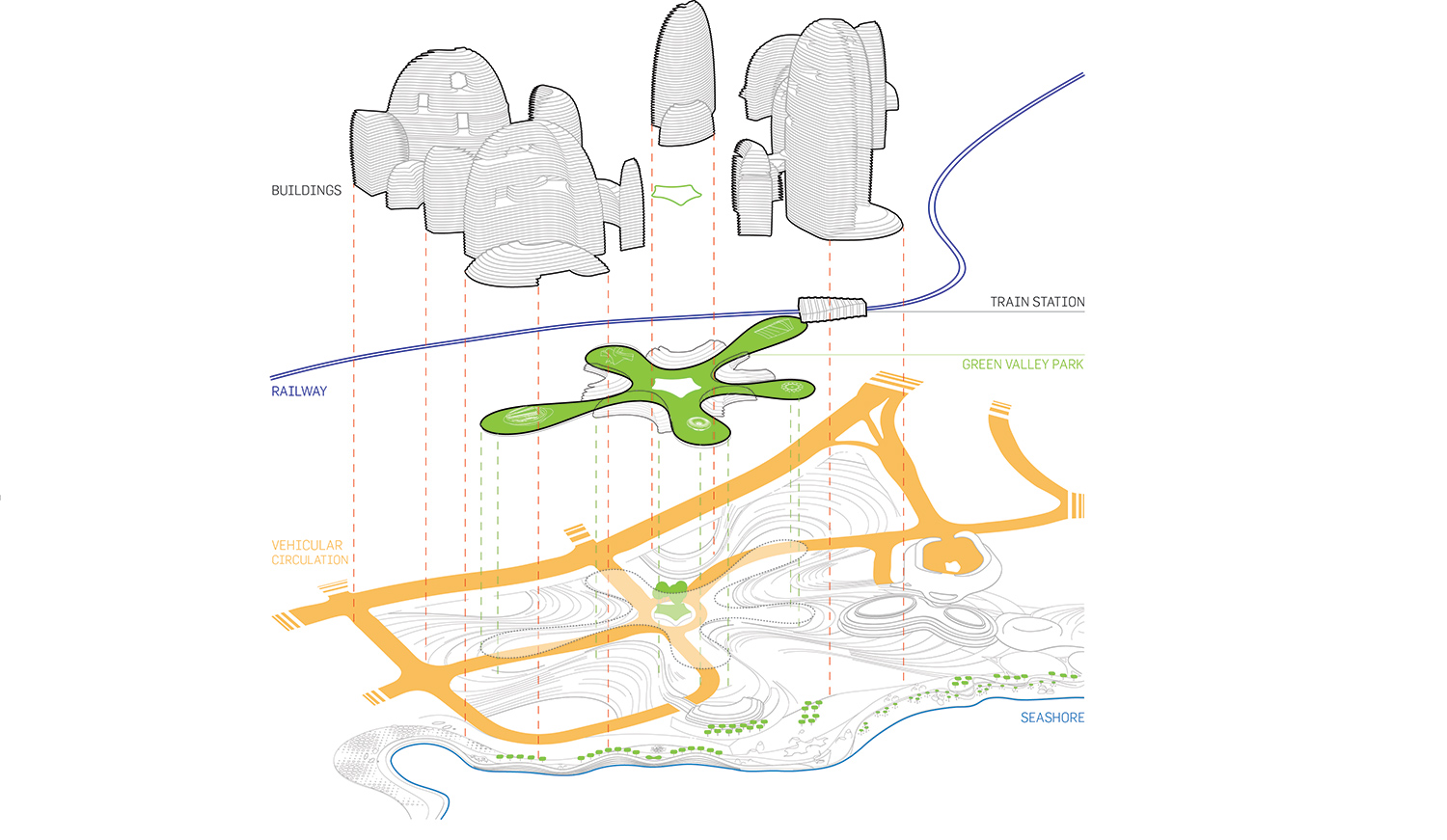 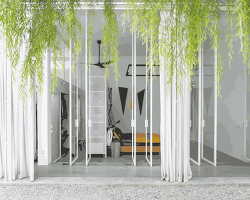 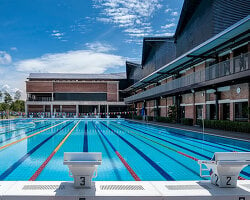 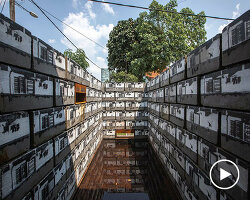 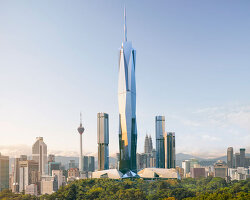