architecture studio LAVA has developed a concept that would see ‘garden island’, a previously inaccessible headland in sydney transformed into a vibrant cultural, leisure, and community destination. in the proposed plans, 19th century heritage buildings are re-imagined as cultural facilities, colonial architect francis greenway’s vision for a pyramid is fulfilled, and new residential and recreational buildings reference the natural forms associated with sydney harbour. 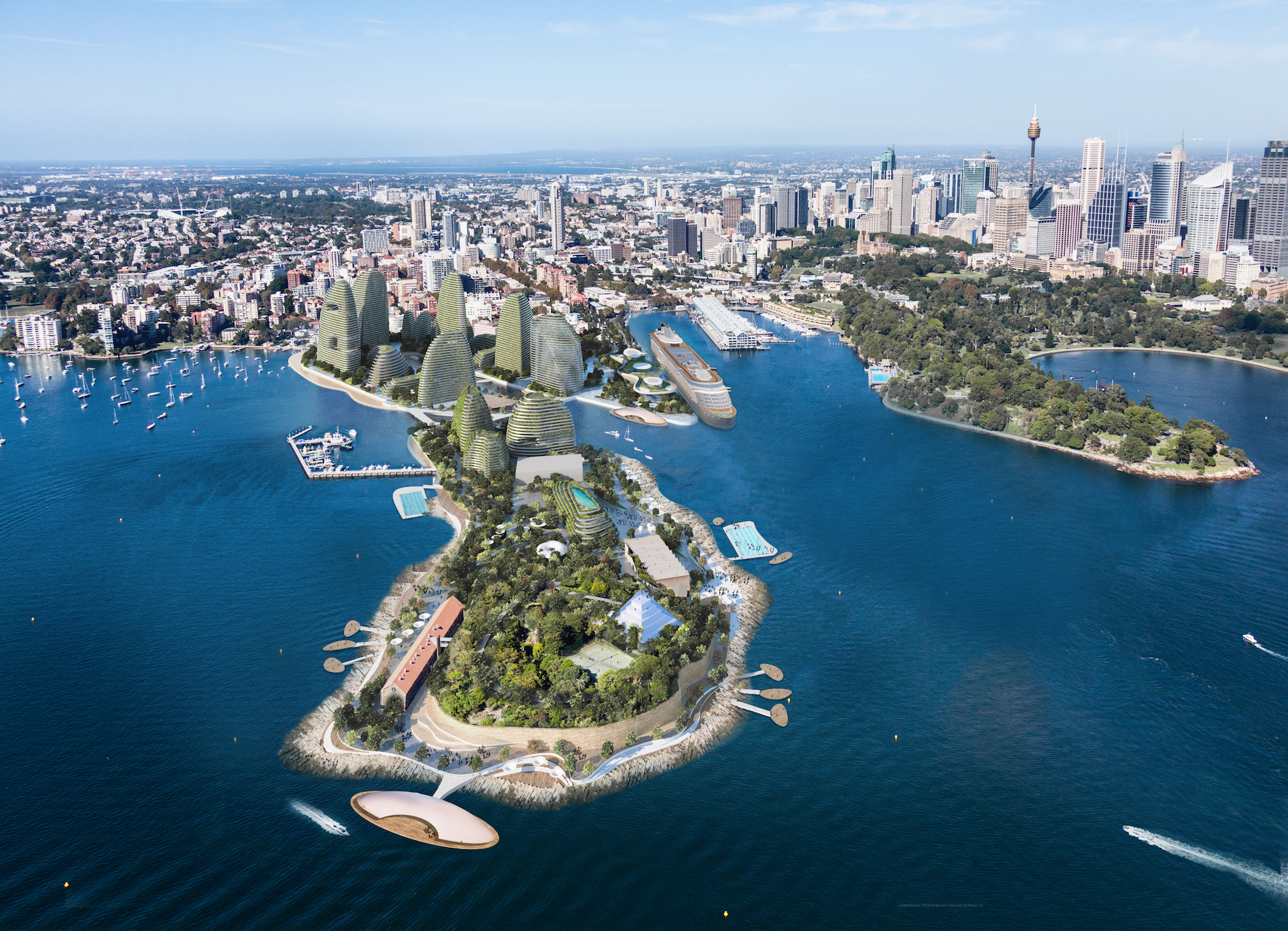 all images courtesy of LAVA

LAVA (laboratory for visionary architecture) was commissioned to explore how the area could evolve in future decades by the urban task force in response to a report by former deputy new south wales premier, peter collins. the former dry-dock, which is currently a military base, could be used for floating markets, harbor baths, theater performances, and boat shows. meanwhile, a new residential component mimics the curves of sydney harbour and its nearby bays, beaches, and sandstone headlands. 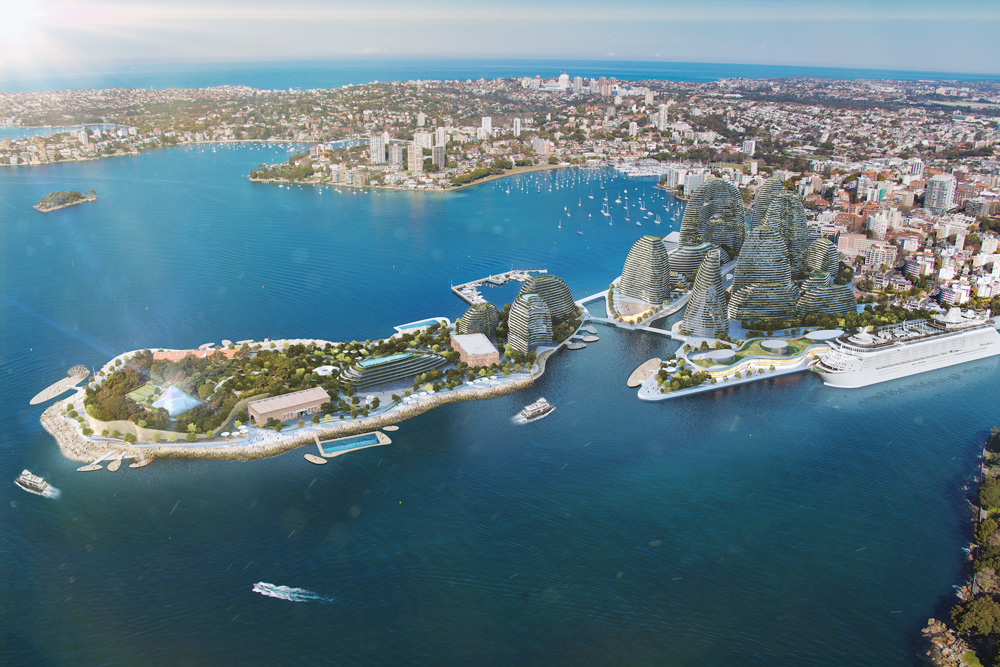 as part of the plans, a proposal by francis greenway, australia’s first government architect, would also be fulfilled. writing in 1825, greenway envisioned ‘a pyramid upon a particular base… the whole front of the island toward the harbor could have been contrived so as to have formed part of the base of the pyramid with steps leading up to it in various directions’. LAVA’s scheme features such a pyramid structure, surrounded by gardens, that houses a range of events and functions. 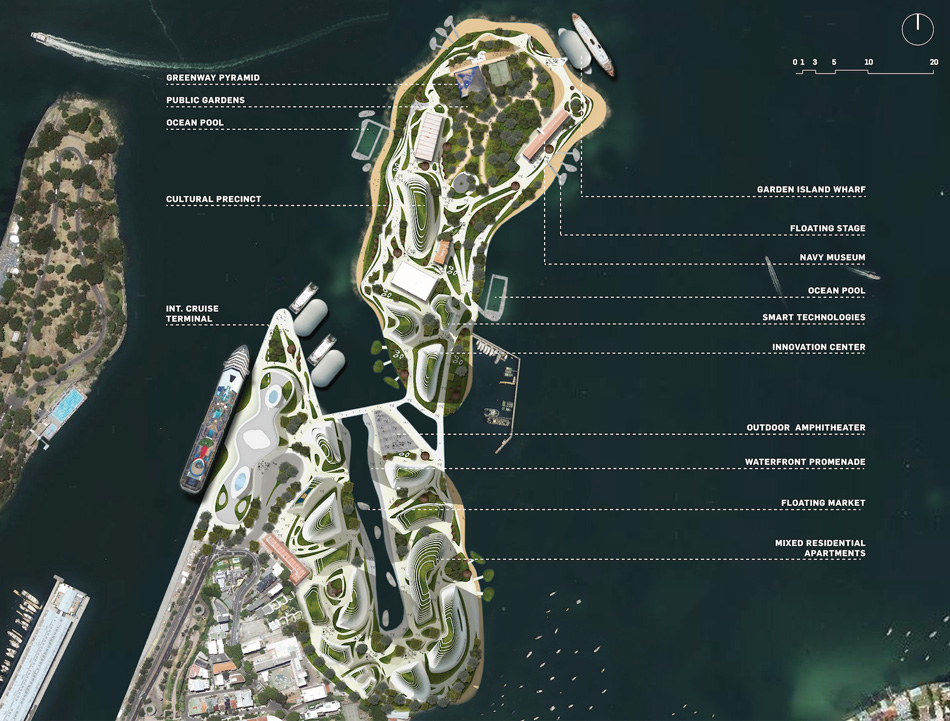 aerial view indicating the scale of the site

the concept presupposes that the navy is relocated to another location, and that the international cruise terminal is relocated to garden island — allowing the world’s largest cruise ships to visit sydney. staged over 10-30 years, the design team also imagines that there could also be a high-tech park, museums, galleries and other public buildings. ‘the new buildings make a departure from the traditional vertical apartment box model, into a green and sustainable, airy tower landscape, with roof terraces, balconies, swimming pools and community facilities,’ says chris bosse, LAVA director. 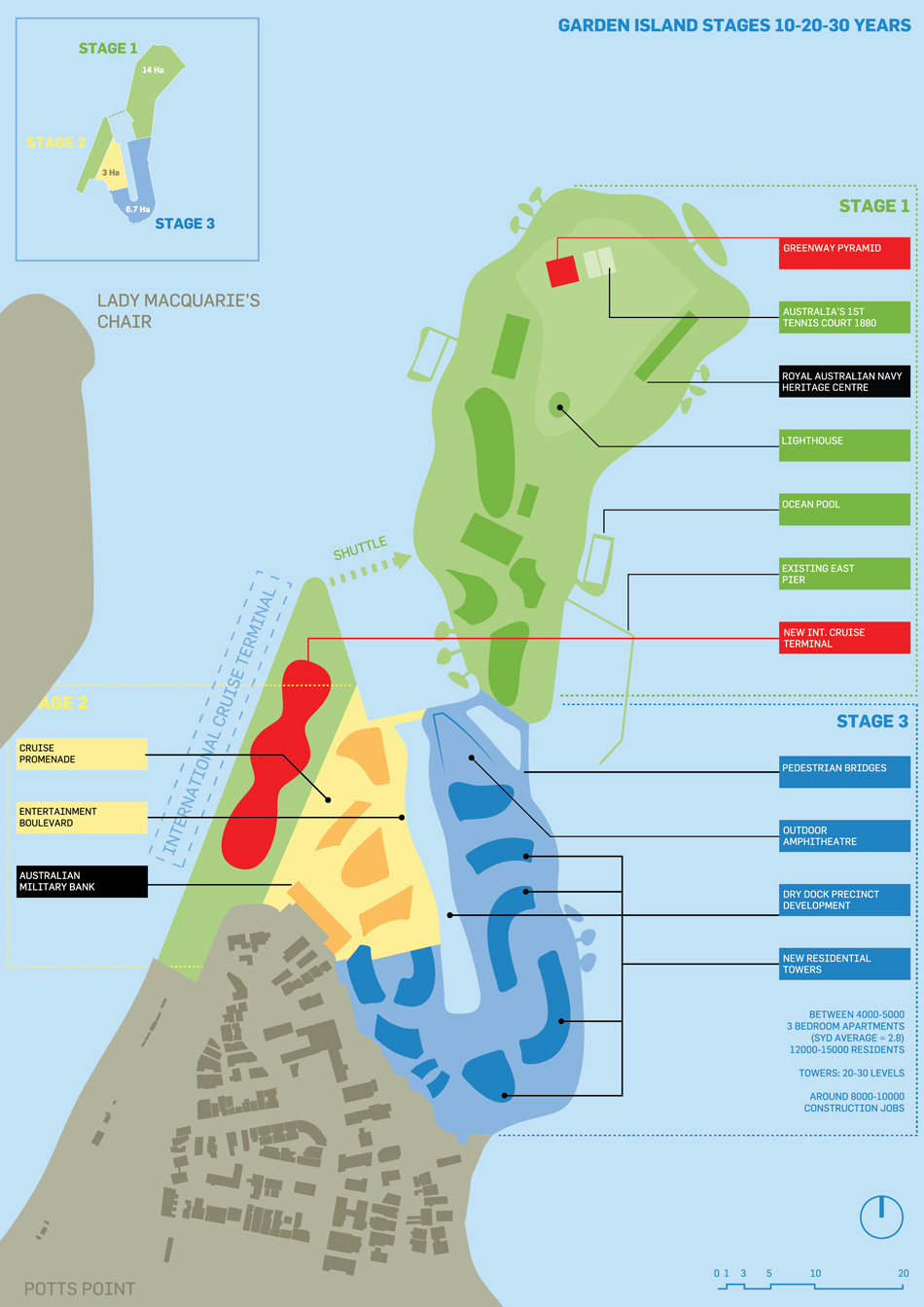