following up on our previous coverage of the project, the ‘museum of the moving image’ by brooklyn-based practice leeser architecture has opened its doors to the public in astoria, new york. consisting of a complete redesign of the structure and a three-storey and courtyard addition, the 97,700 square foot project features a number of new program spaces including a 264-seat theatre, 68-seat screen room, video screening amphitheater and a gallery.

through both architectural form and careful selection of surface treatments, the atmosphere of each space is outfitted specifically for the given program. designed as a capsule, the new theatre’s walls and ceiling are wrapped in a woven felt surface that continues beneath the seating. made of 1,137 triangular panels fitted together with open joints, the effect coupled with the deep shade of blue gives the viewer a sense of suspension. 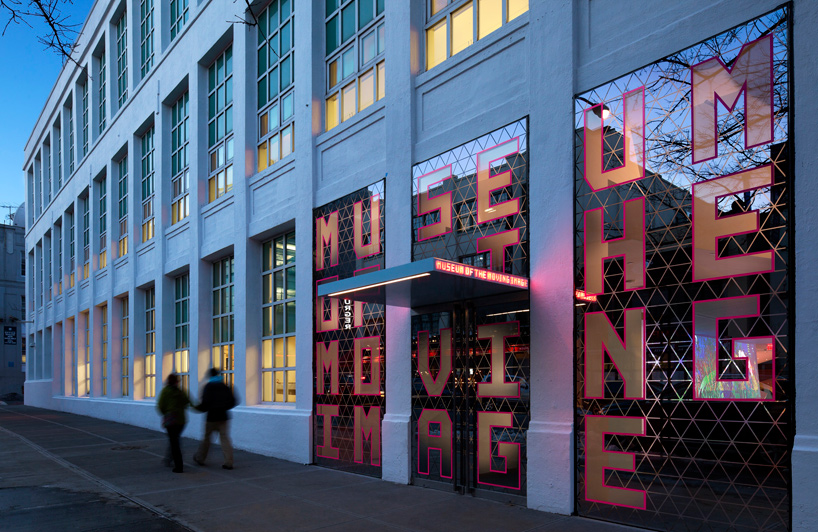 the relocated main entrance features the museum’s title in bold, three and a half feet tall letters. clever use of light and reflective plane, the street facade serves as a screen-like medium. the new lobby features a 50-foot long wall canted at an 83-degree angle for projection purposes. 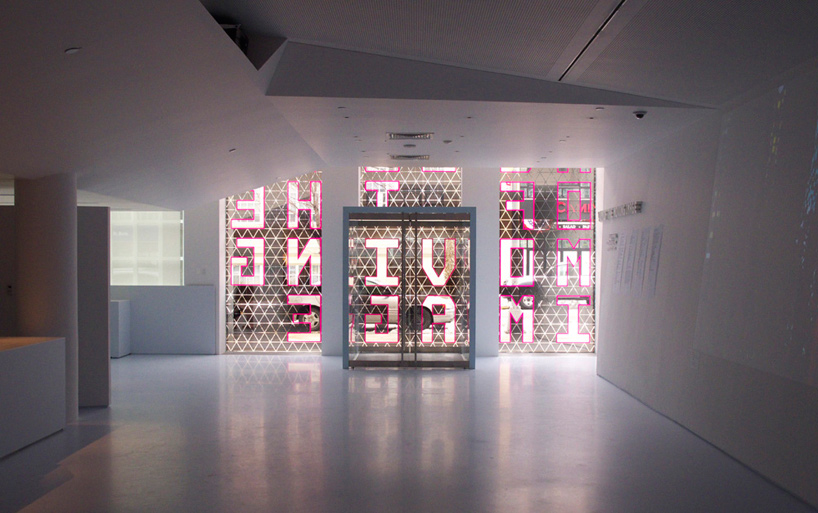 partially located under the belly of the main theatre, the new lobby space features dynamic angles to accommodate the stadium-rake seating. a new cafe and gathering space sits outside two tunnels leading into the theatre space. the first landing of the grand staircase leads up to a video screening amphitheater while a completely flexible space of 4,100 square feet is reserved for changing exhibitions on the third floor. 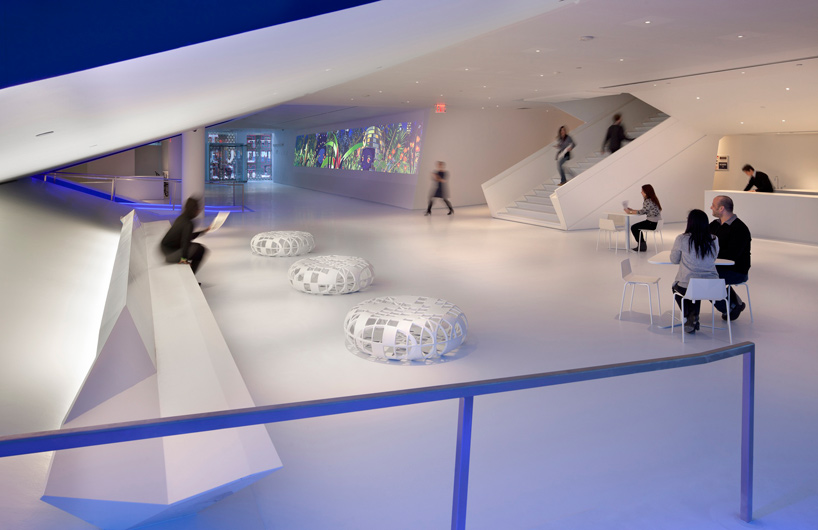 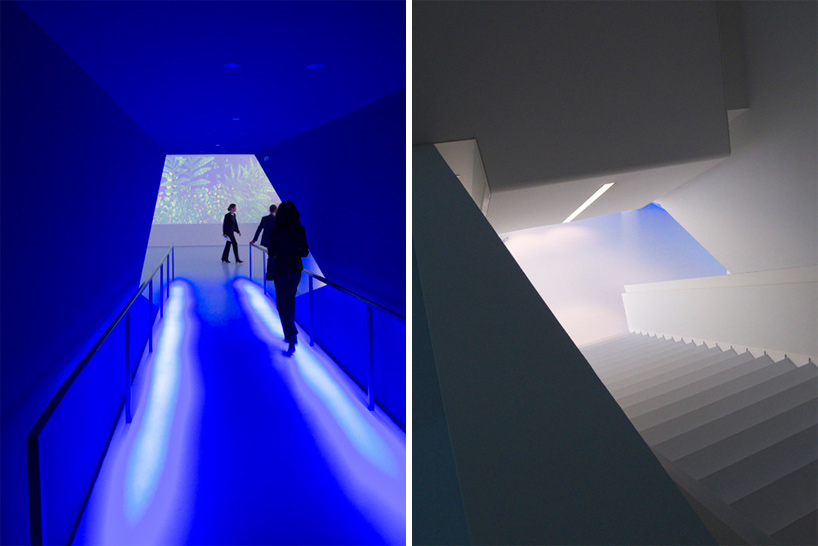 (left) ramp leading from the theater (right) looking down the grand staircase images courtesy archidose to see their coverage of the new museum, click here 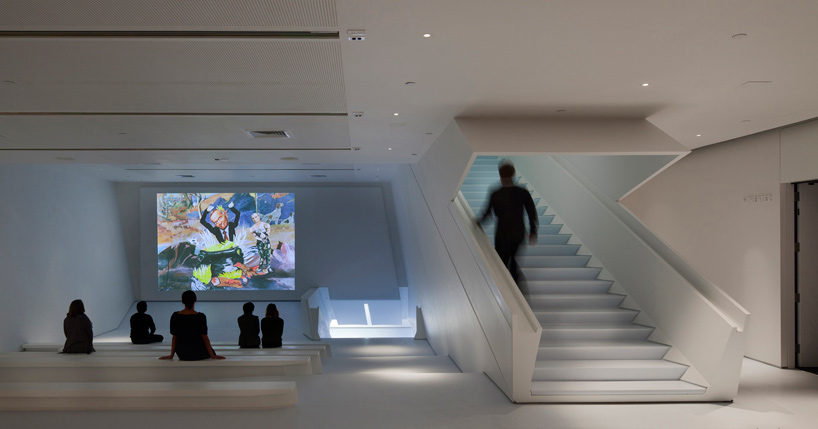 other highlights of the design include the ann and andrew tisch education center at the west end of the ground floor which enables the museum to accommodate twice as many school groups than before the renovation. a 10,370 square foot landscaped courtyard garden provides space for open-air movie showings during the summer. 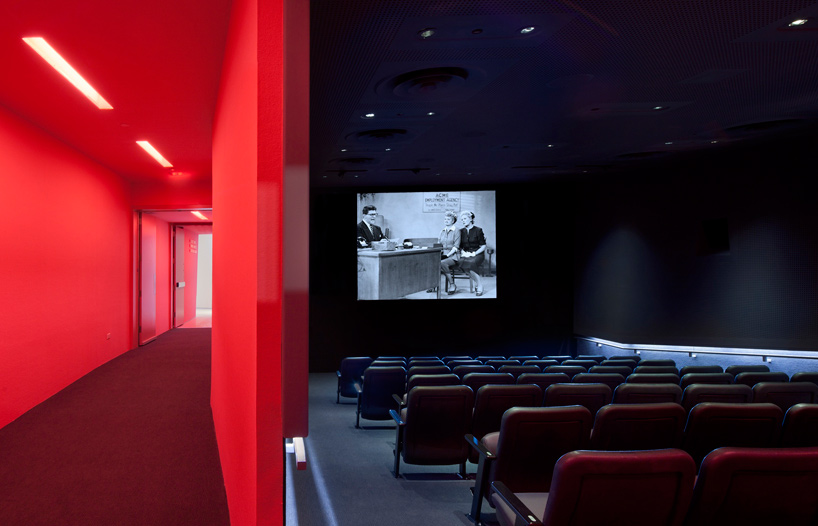 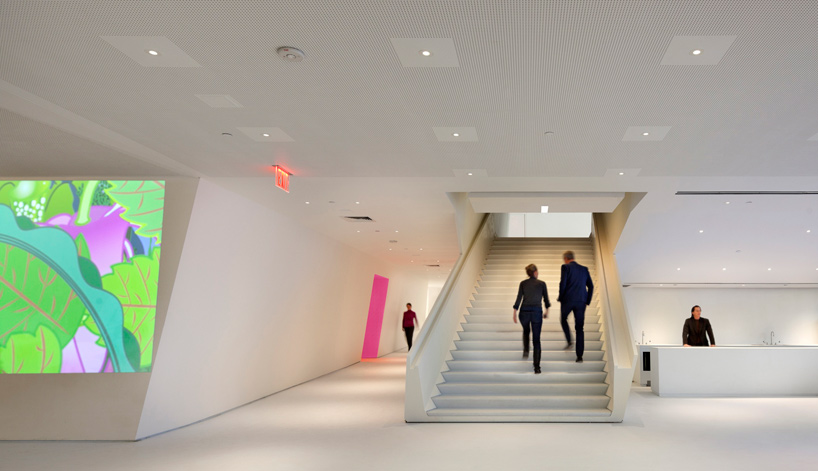 the triangular motif of the theatre is repeated for the skin of the rear facade. made of 1,067 pieces of thin aluminum panels mounted on the support structure, the open joints serve as a rain grate on the 200 feet long surface. 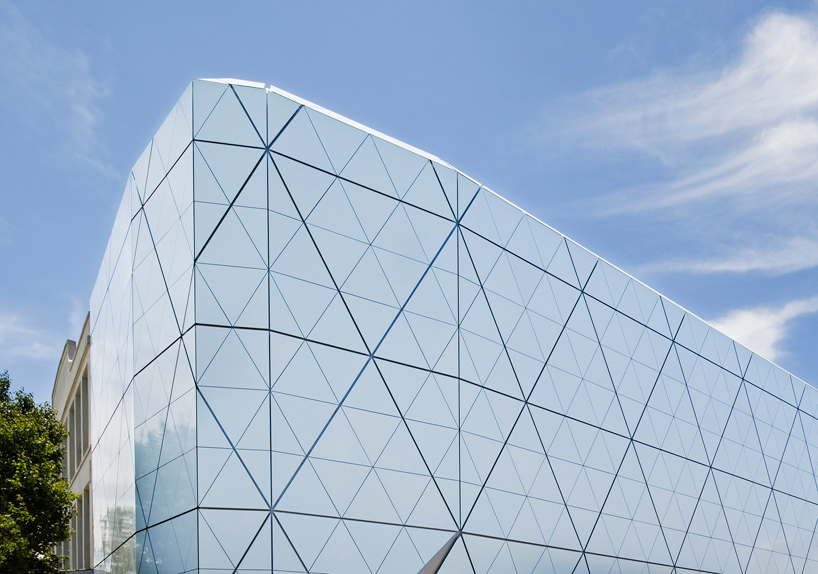 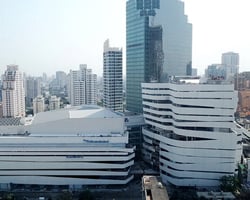 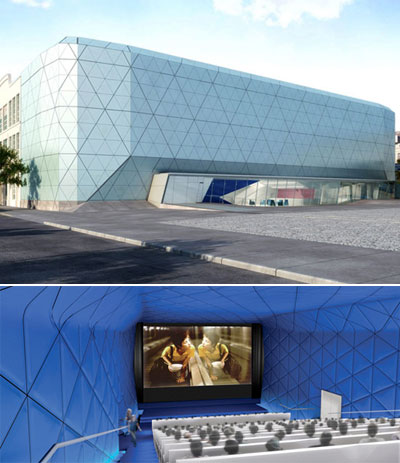 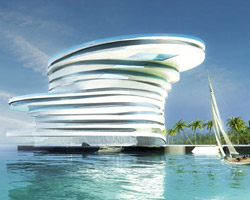