built at the end of the 17th century, the royal battery was originally a front in the st. lawrence river of canada. the fortification was designed to protect the territory and its resources against invasion. however, over the years, the structure has disappeared from the quebec city waterfront – becoming obsolete and completely abandoned. at some point,  it deteriorated and was buried under successive layers of bitumen – but it wasn’t until 1977 that the drum was completely unearthed and rebuilt. today, the water cyclically retouches the foot of the fortification – hence  making the residue of history regain sporadically its meaning.

why have people rebuilt what they themselves have forsaken? ironically, the impassable moat is no longer — so what then becomes its role in the contemporary city? a young group of designers answer these questions with an unusual art installation. 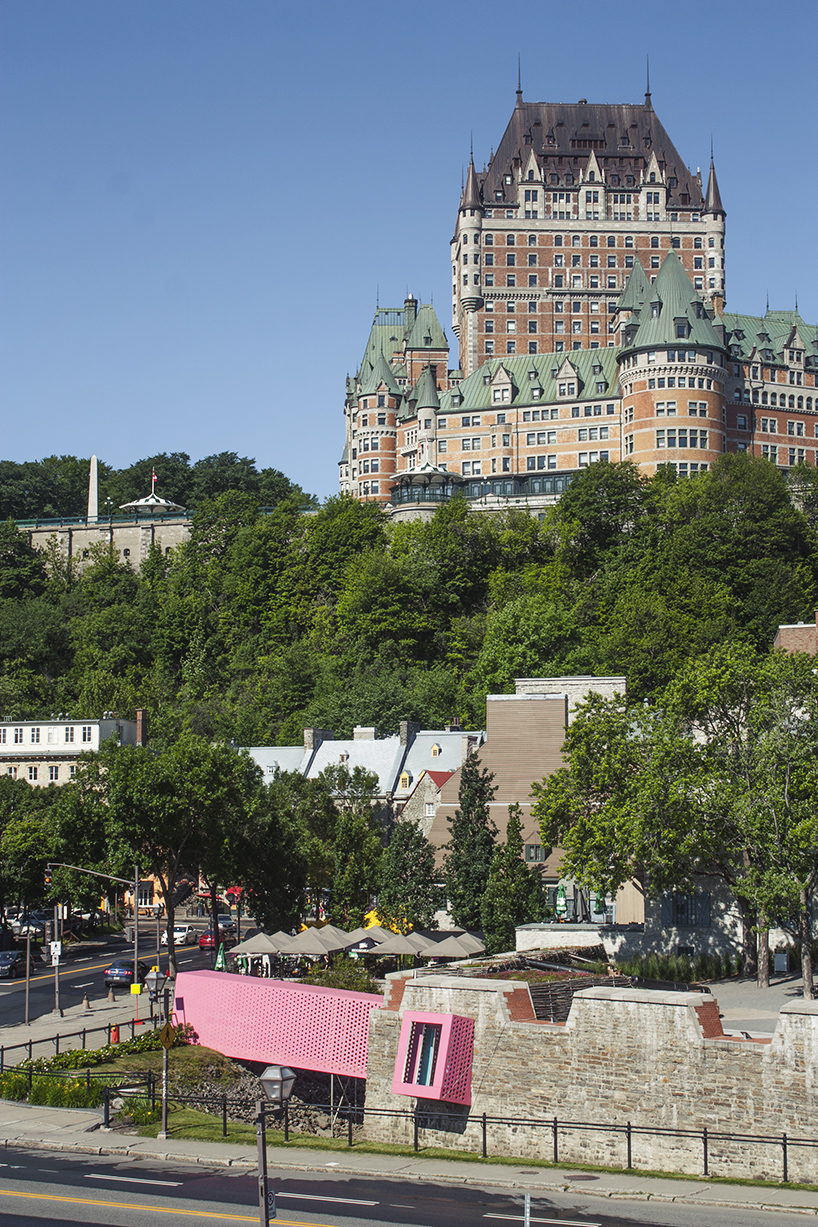 the ‘impostor’ installation in the context of royal battery in quebec

the quebecan collective les malcommodes created ‘impostor’ in the context of the ‘passages insolites’ —  a series of public art installations in the old part of quebec city organized by EXMURO arts publics. the temporary project imposes itself an intruder in a highly touristic area. the pink monolith, contrasting with the surrounding mineral constructions, generates the illusion of a crossing. as described by the designers ‘it offers visitors a colorful and immersive experience that plunges them into another universe through a historical piece of architecture’. 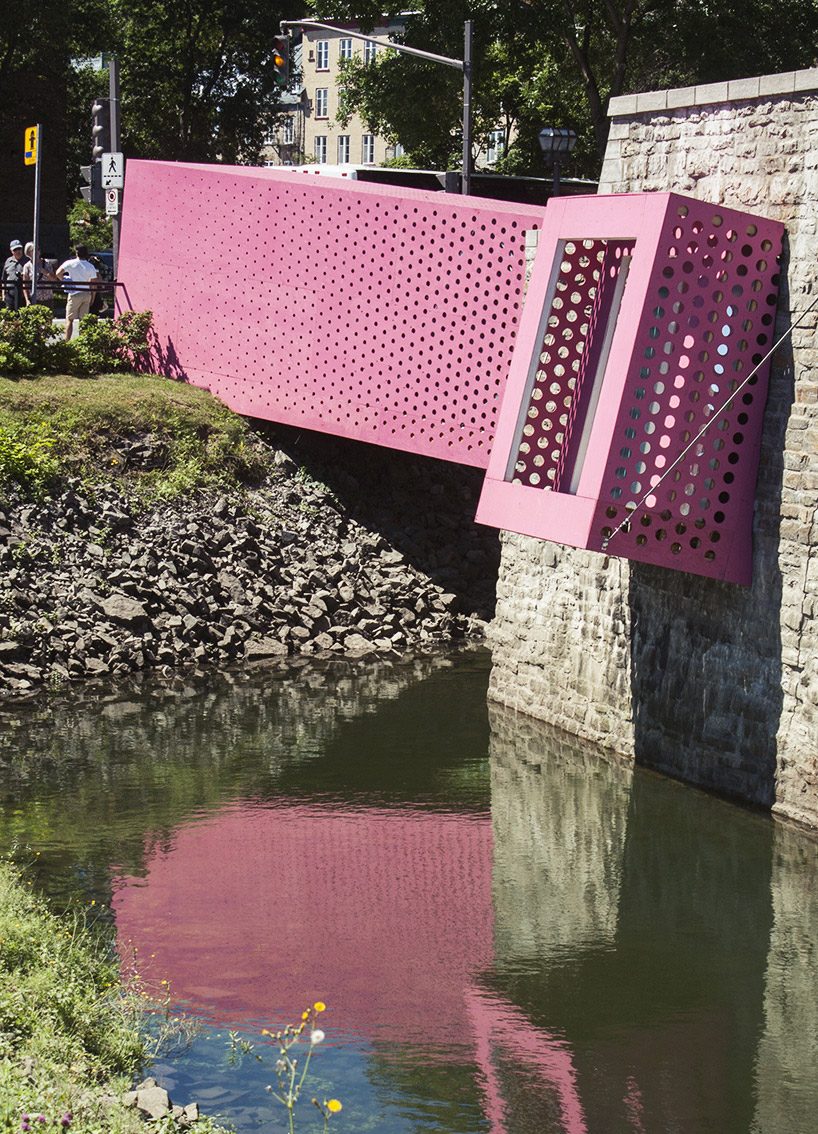 on the other hand, the perforation filters in hundreds of light beams as they follow the sun’s cycles. at the end of the passage, an inclined mirror projects the back of the frames that are painted in another color, hence giving the illusion of a continuity. ‘we seem to be able to cross this impassable fortification, as the angle of the mirror hides our reflection and shows a different path’. 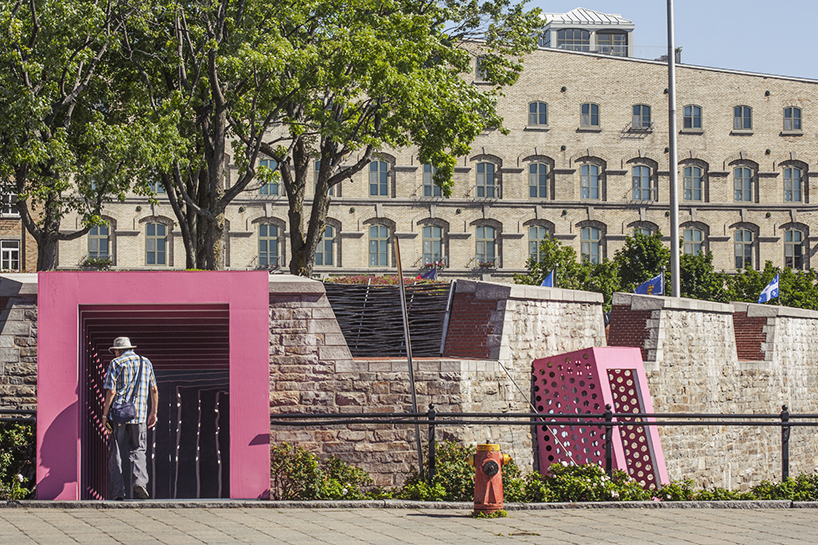 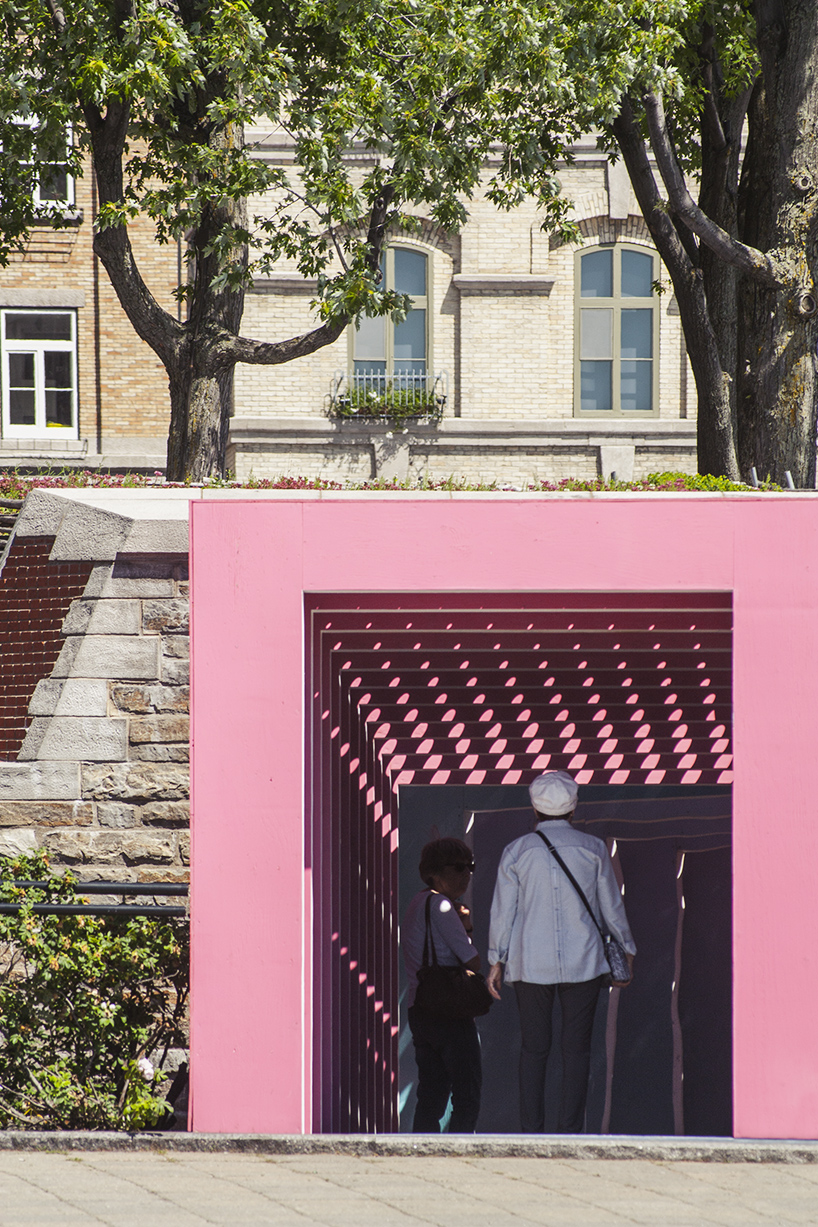 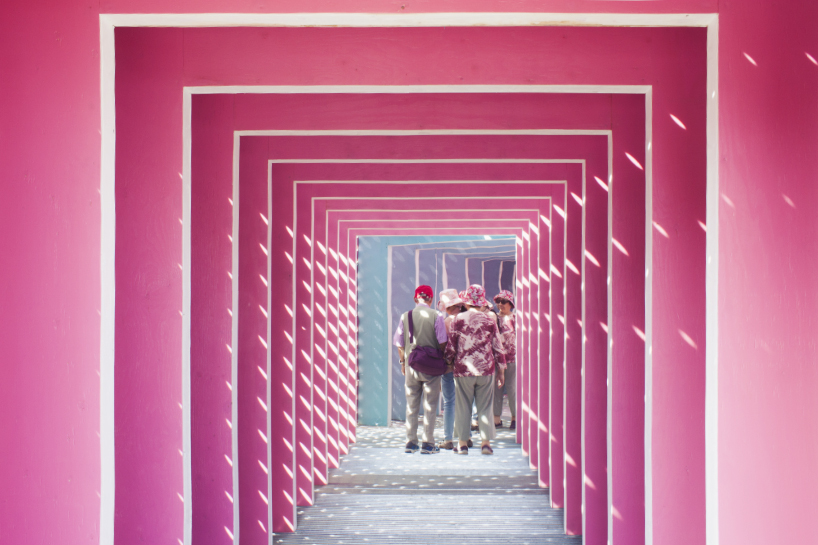 ‘what remains of authenticity in this sector? the battery? the passage? our image?’ 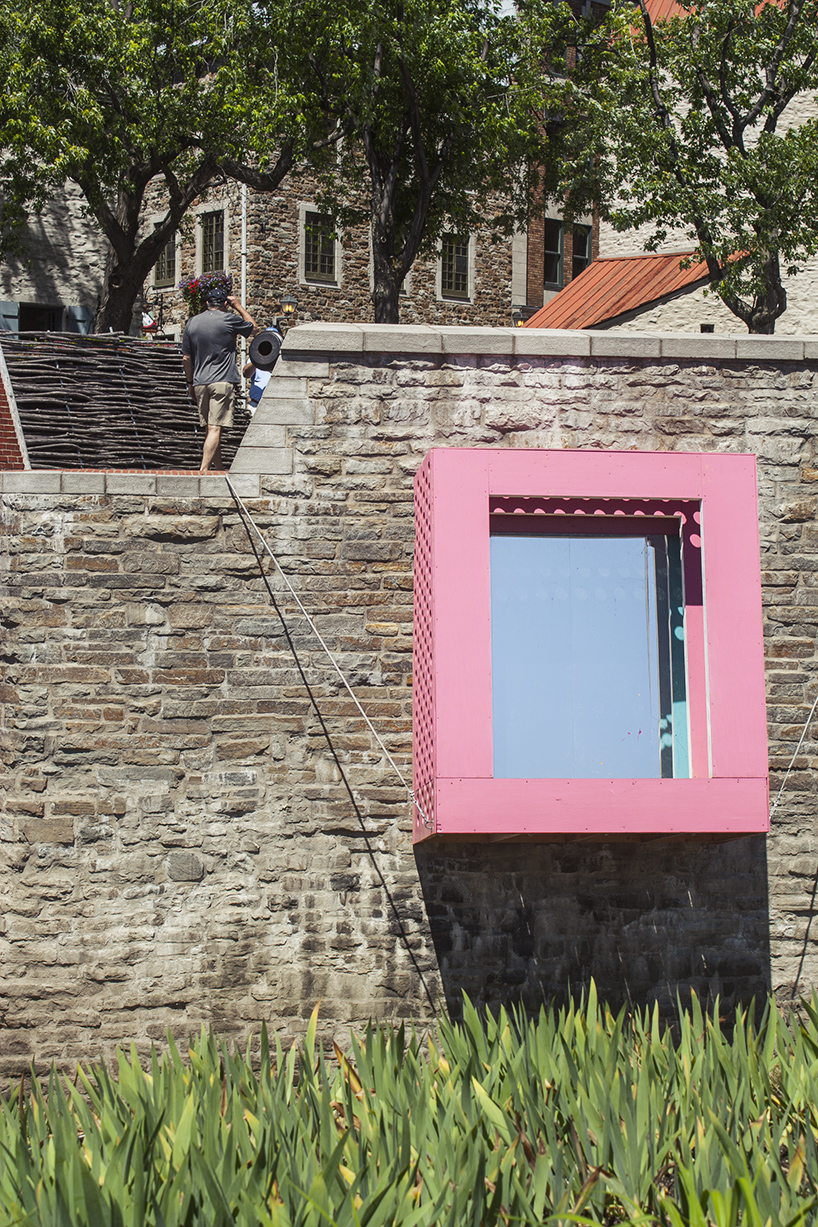 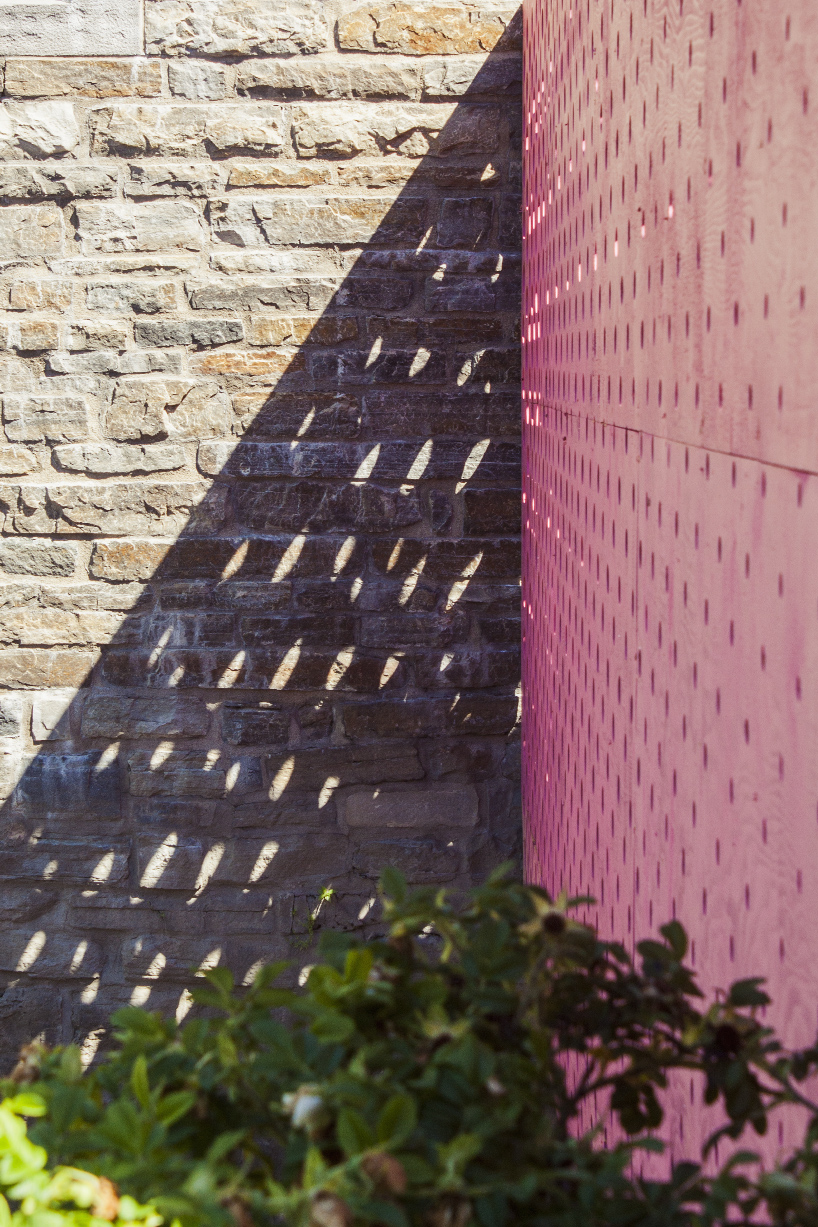 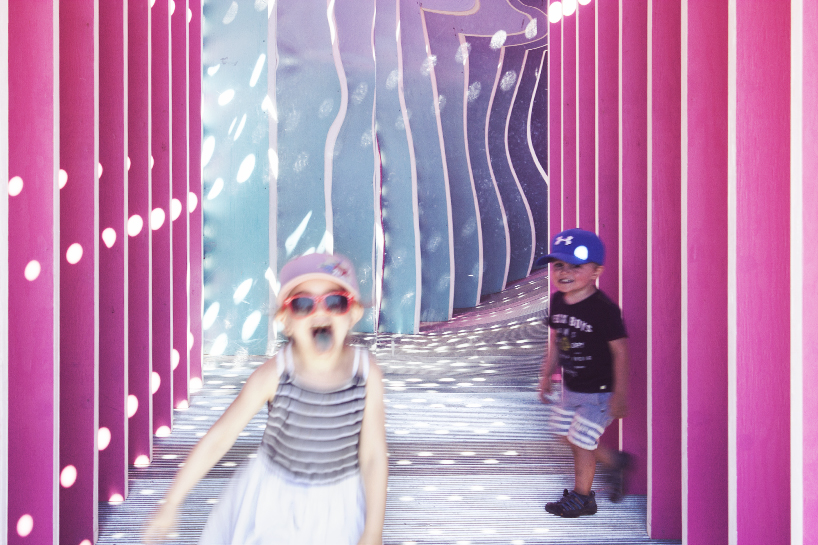 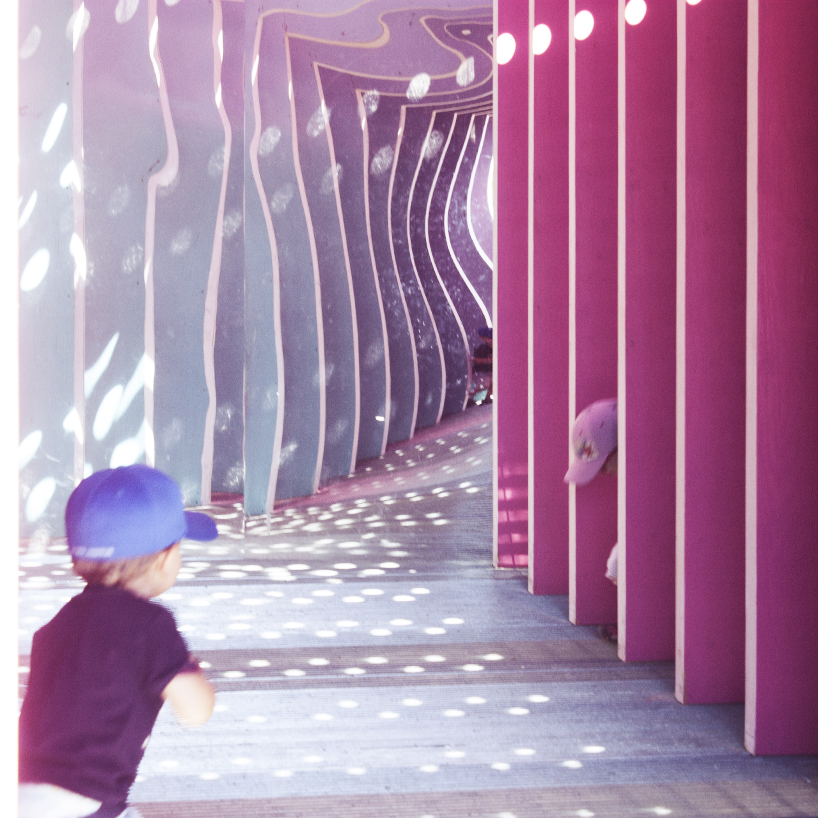 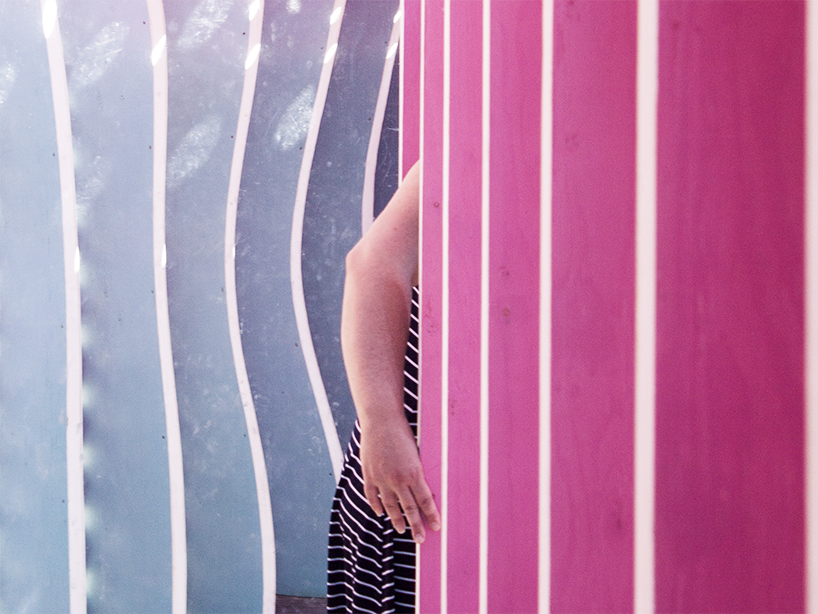 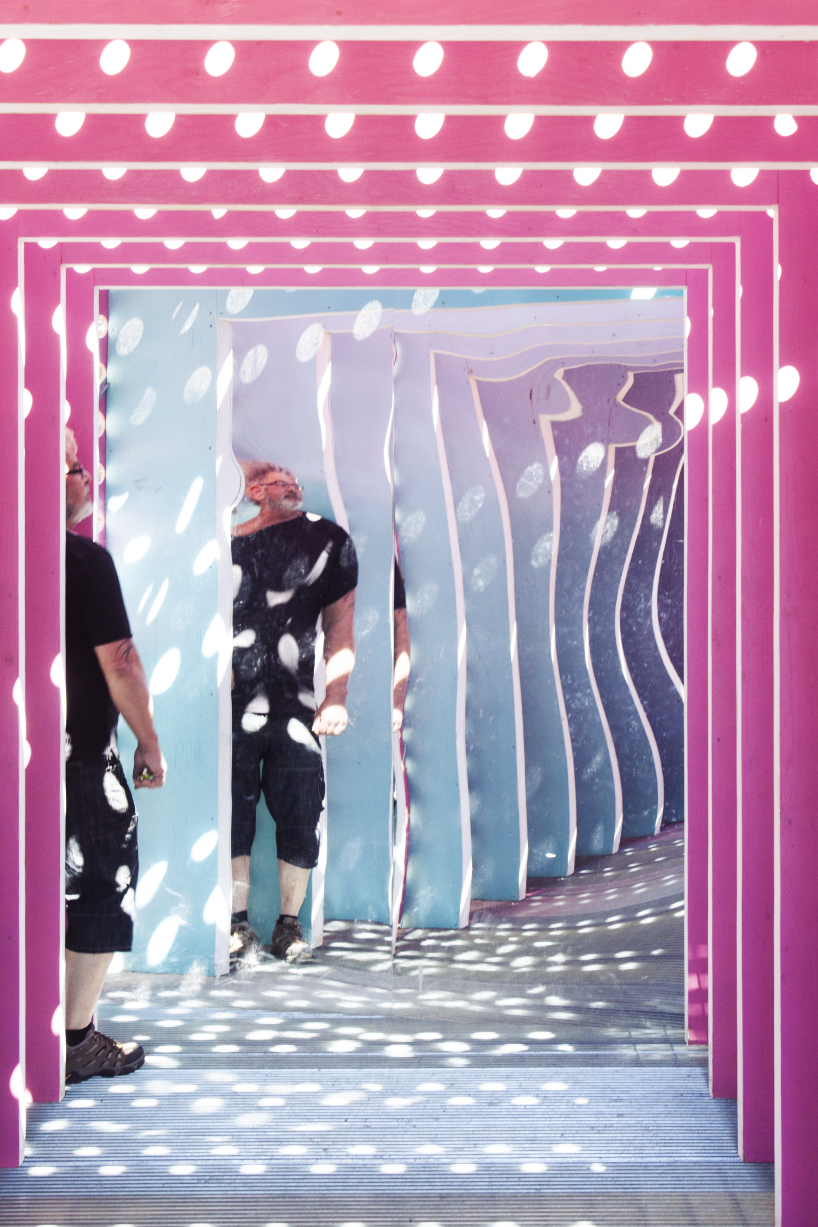 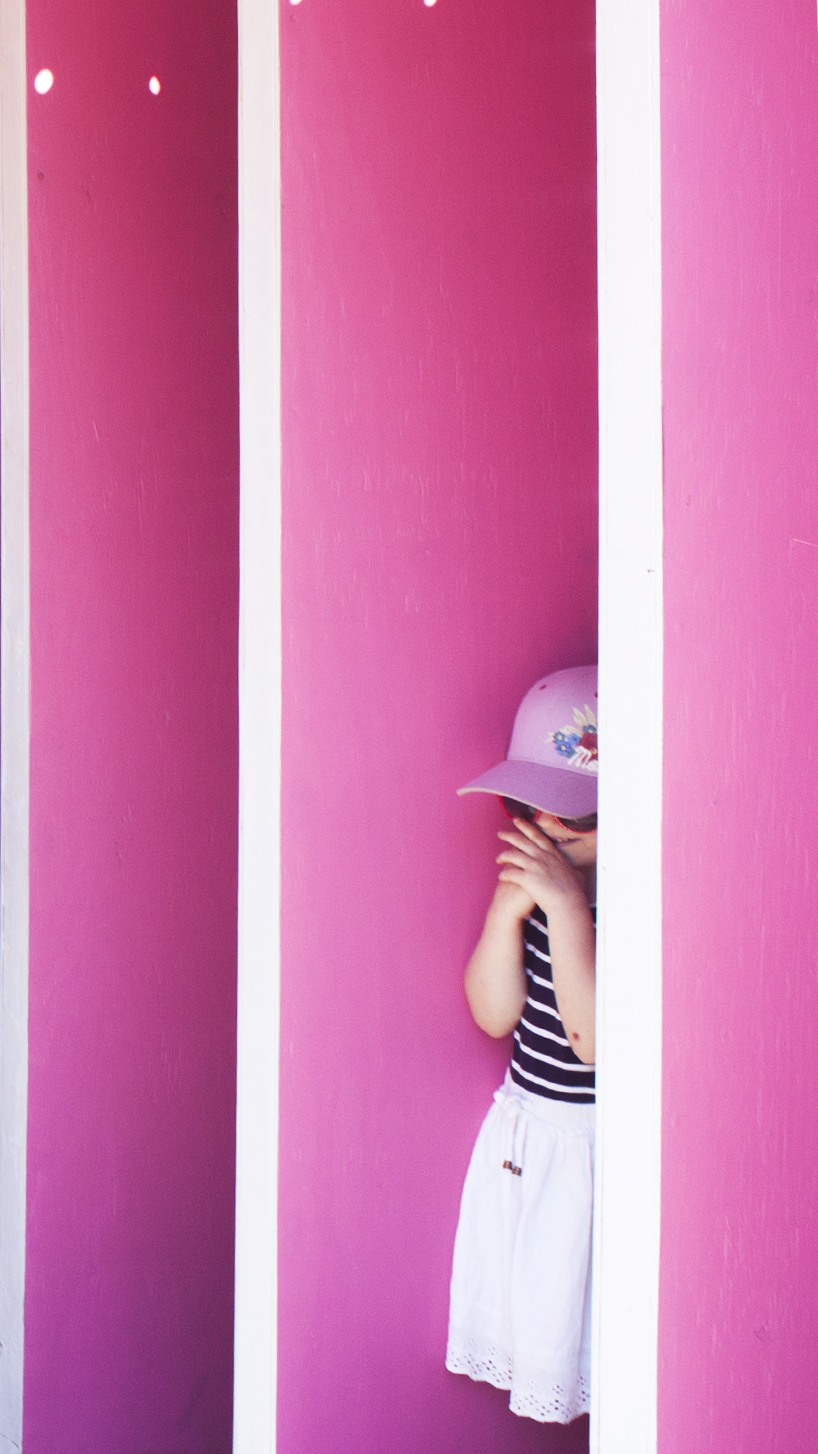