belgian practices l’escaut and atelier gigogne have completed ‘cheval noir’, a collective housing project that was converted from a former brewery in brussels, belgium. providing 31 housing units for artists, the design includes a new building standing adjacent to the original structure that provides additional creative and living spaces as well as a modern identity to the neighbourhood. 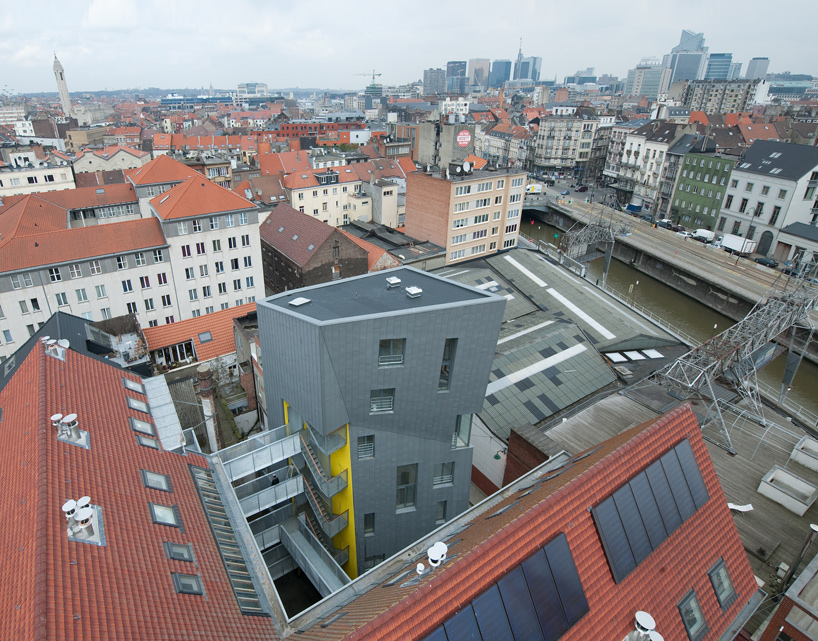 outfitted by a clean zinc facade, the new building’s volume is pulled and skewed into an angular form. a network of catwalks and staircases running between the two structures connect the project together at each wing. this outdoor circulation overlooks the courtyard, generating an open interface that facilitates spontaneous meetings between inhabitants. the transformation also seeks to maintain as much of the original structure and architectural characteristics of the brewery. 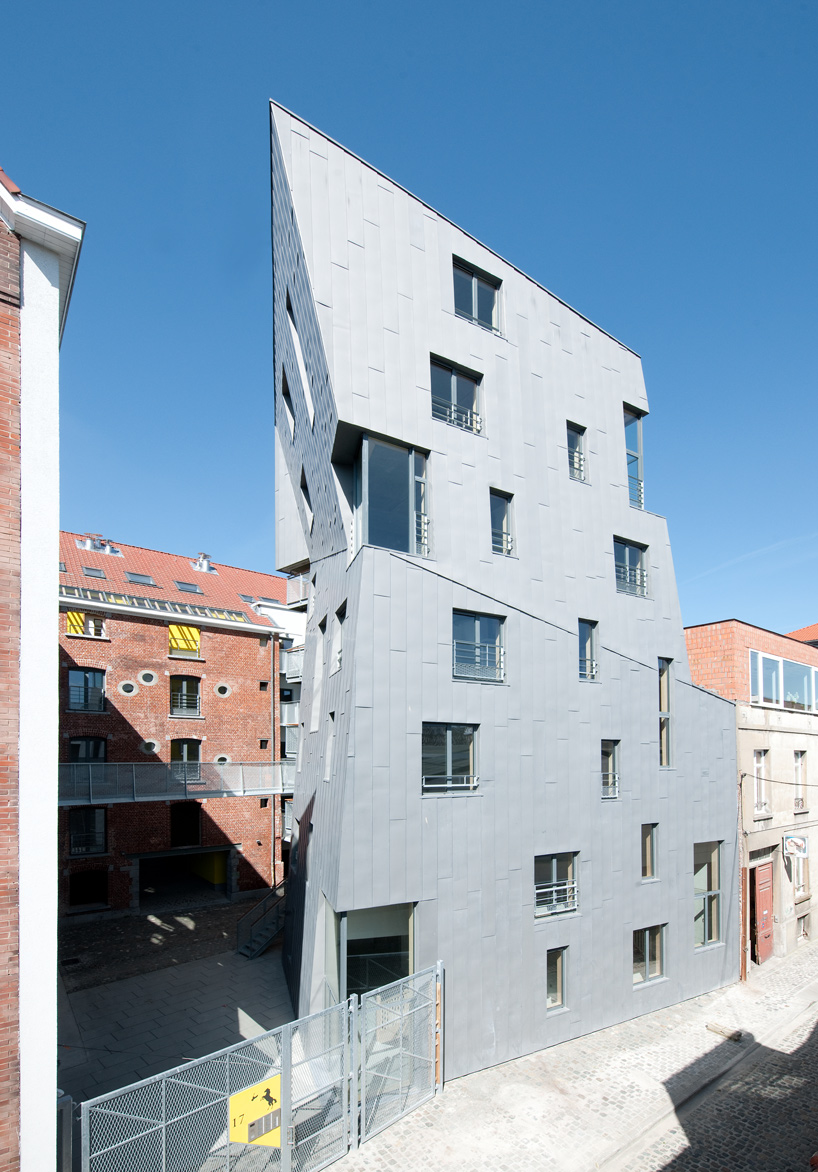 standing taller than the neighbouring industrial halls that run along the canal, the units provide views to the skyline of molenbeek. 19 of the 31 units are interlocking duplexes, which permits privatization of the apartments by detaching one of the floors from the circulation core. in order to provide maximum flexibility for the users, the interior space is devoid of internal partitions except for the bathroom modules. 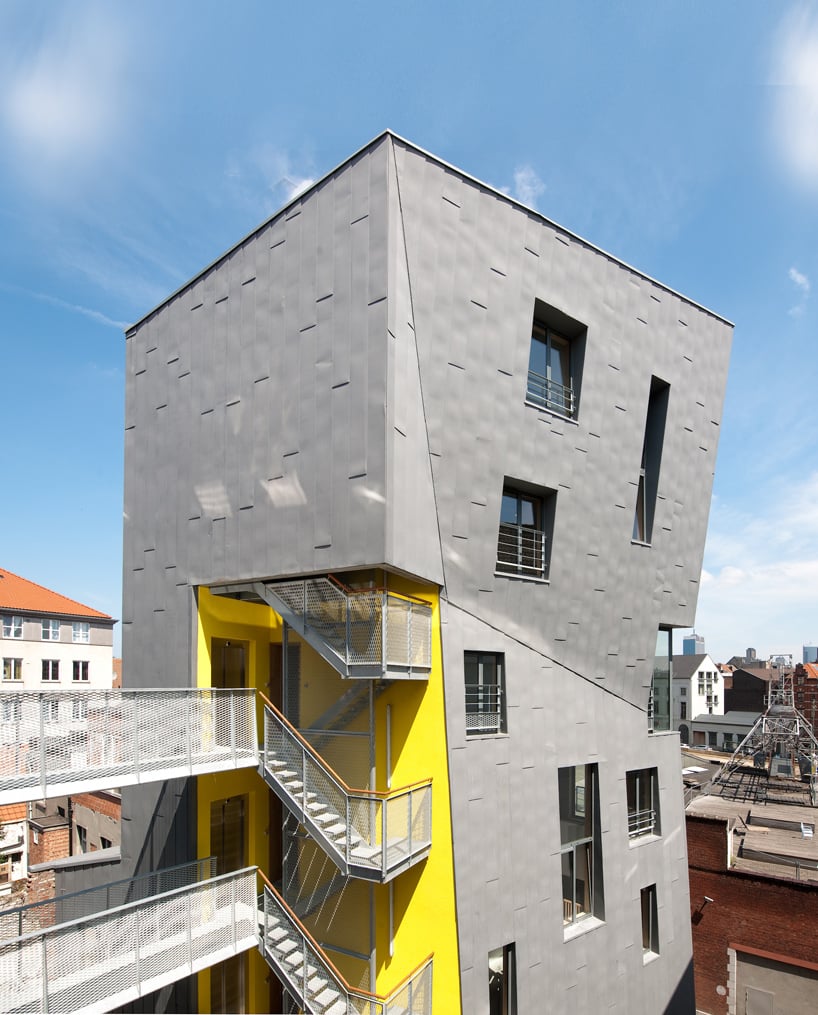 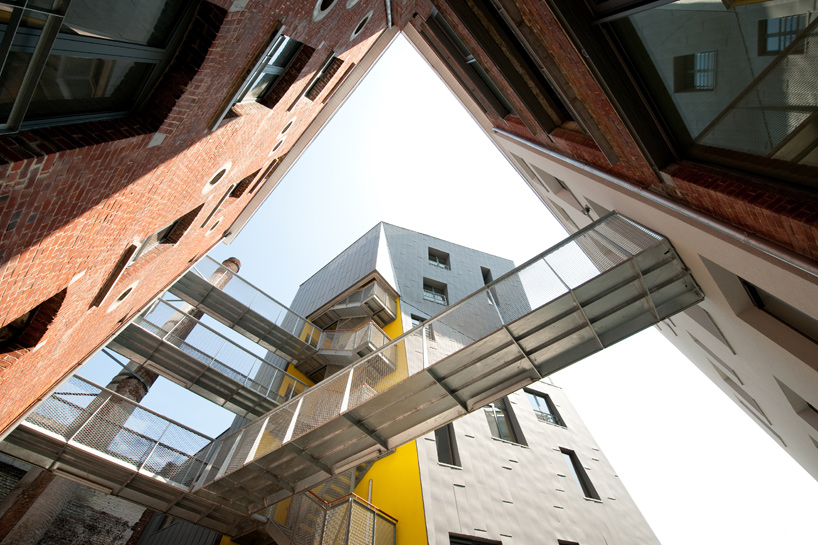 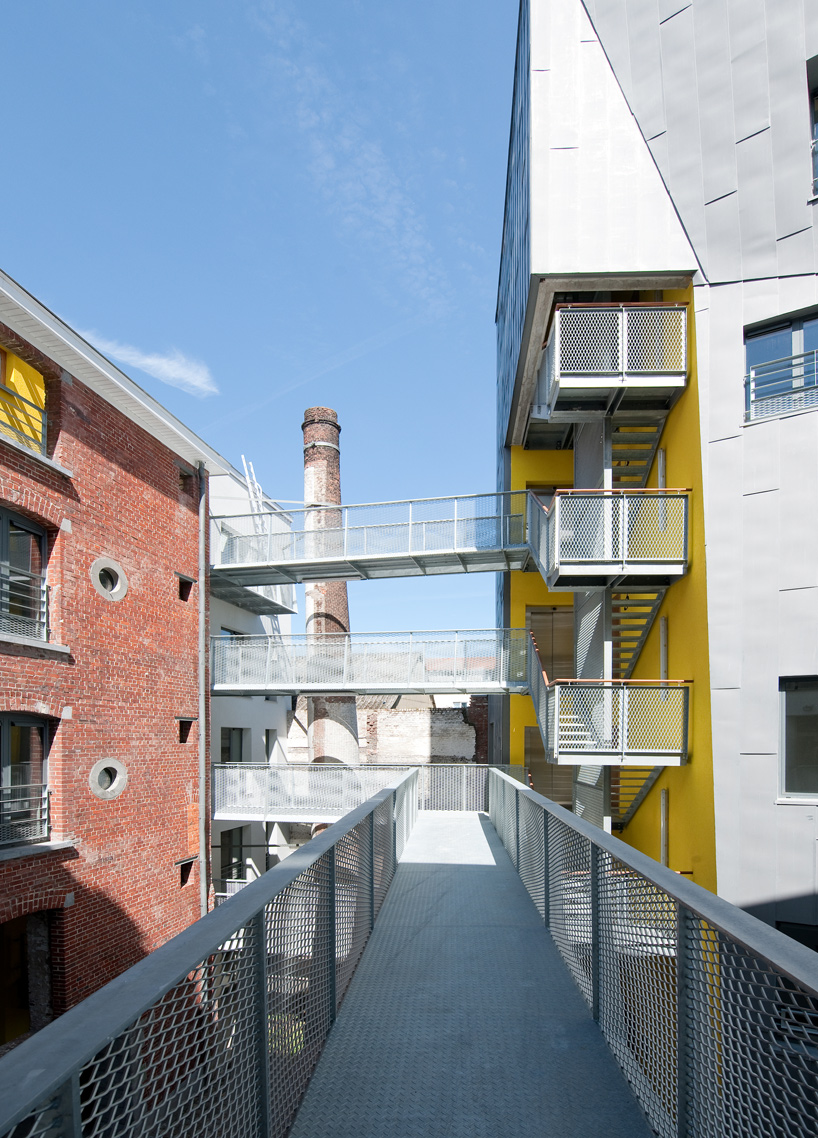 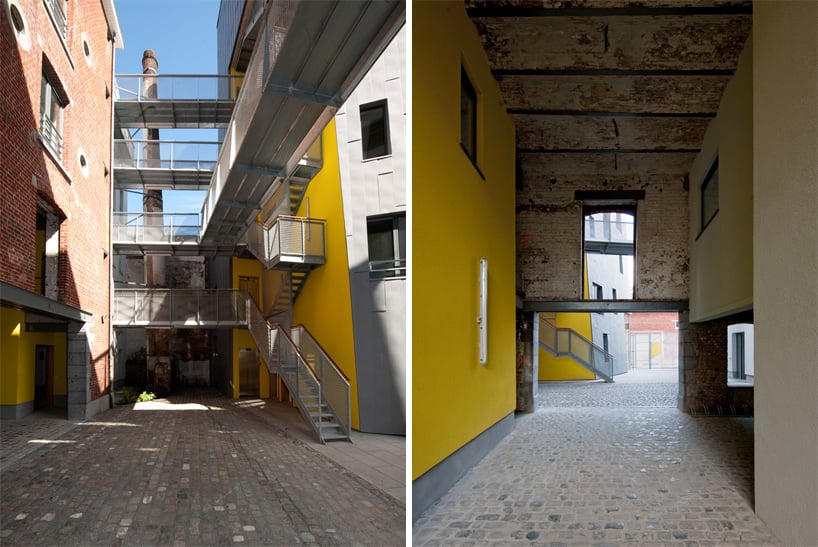 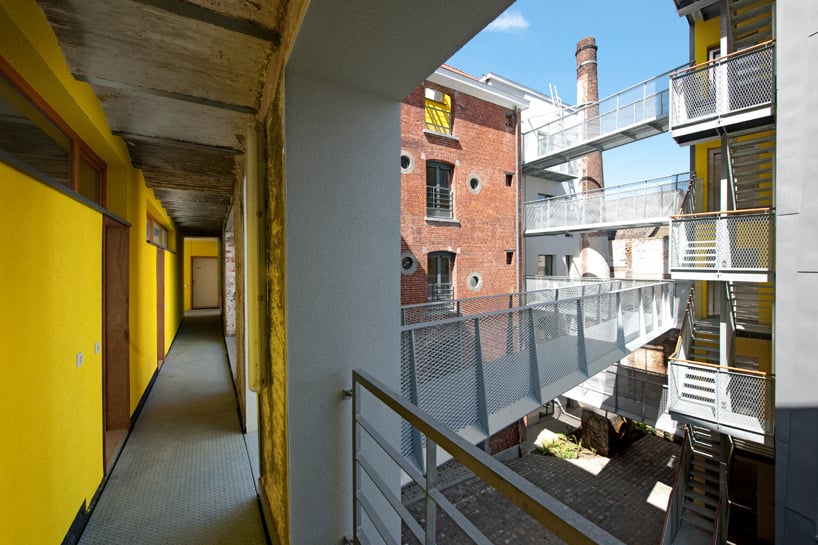 view of the courtyard below 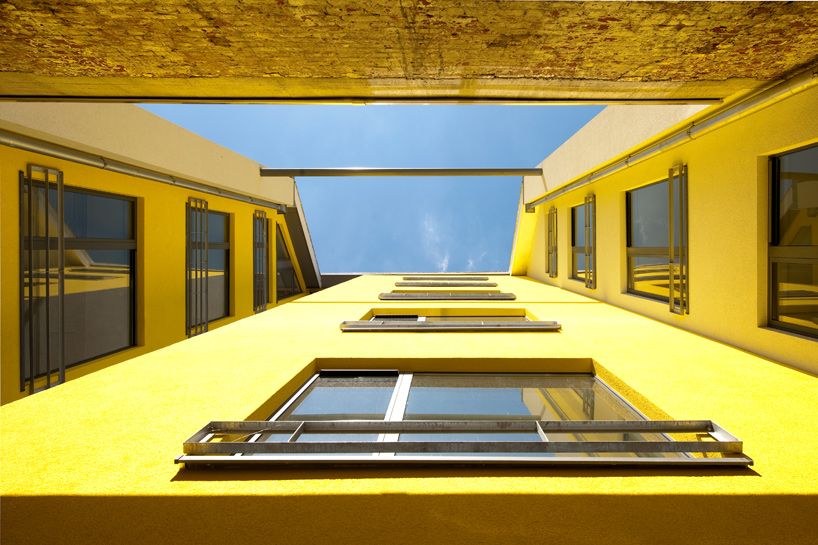 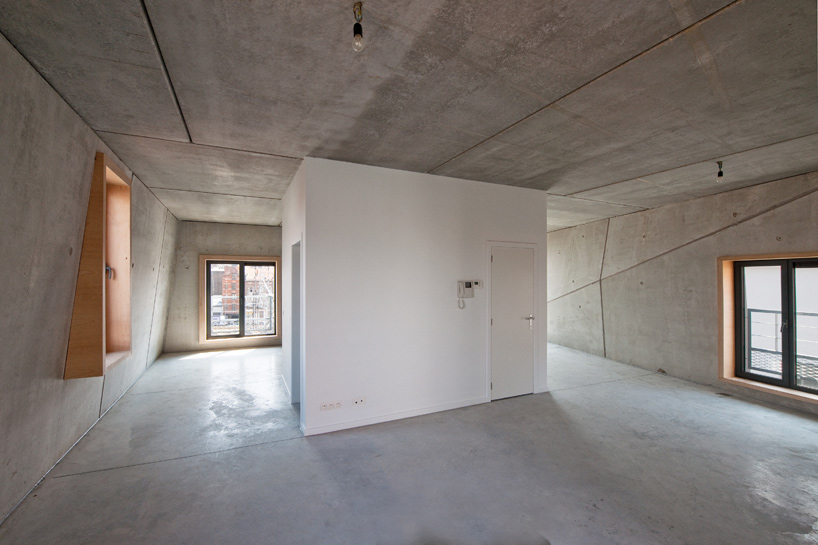 interior view of a unit 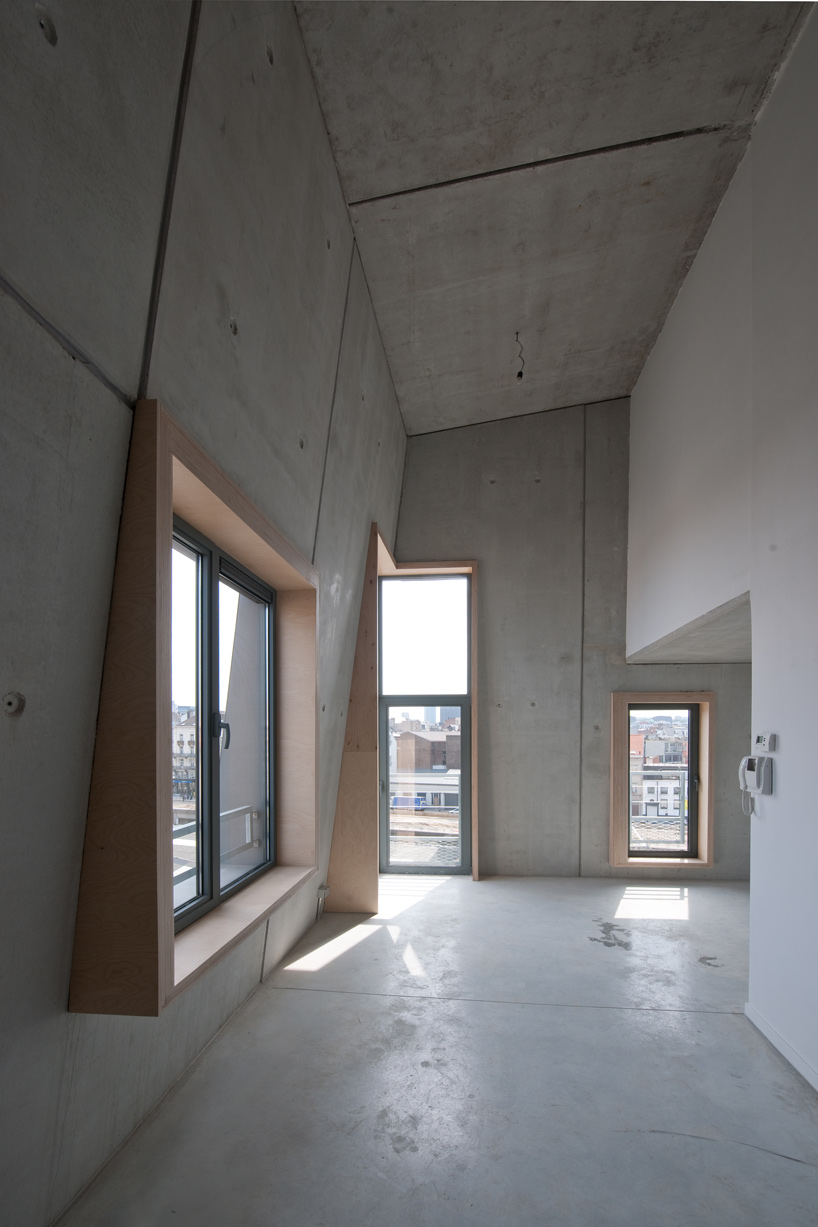 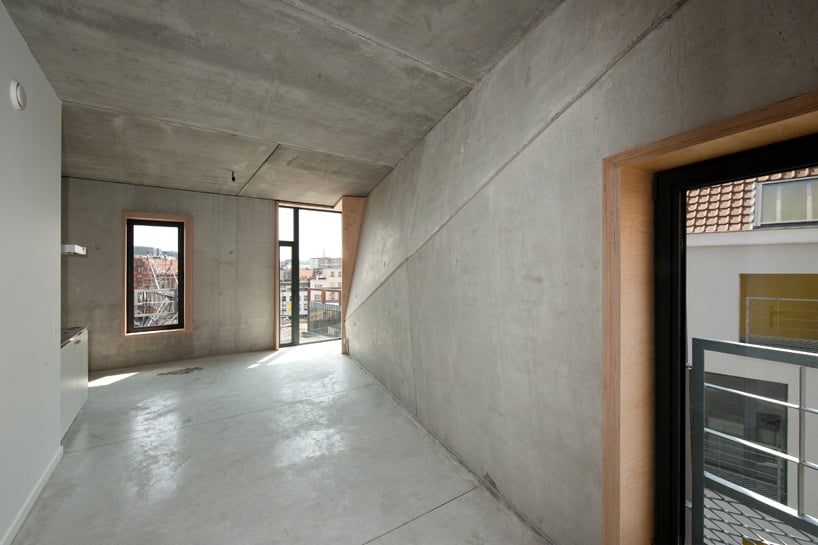 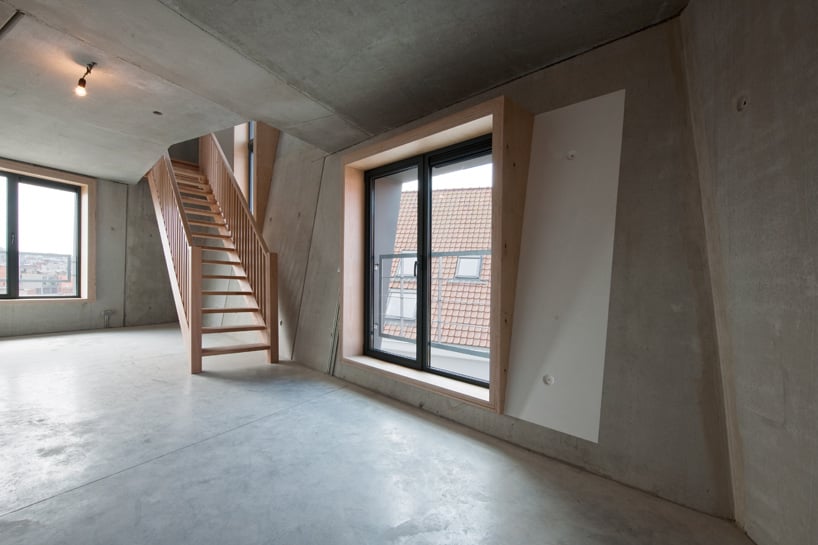 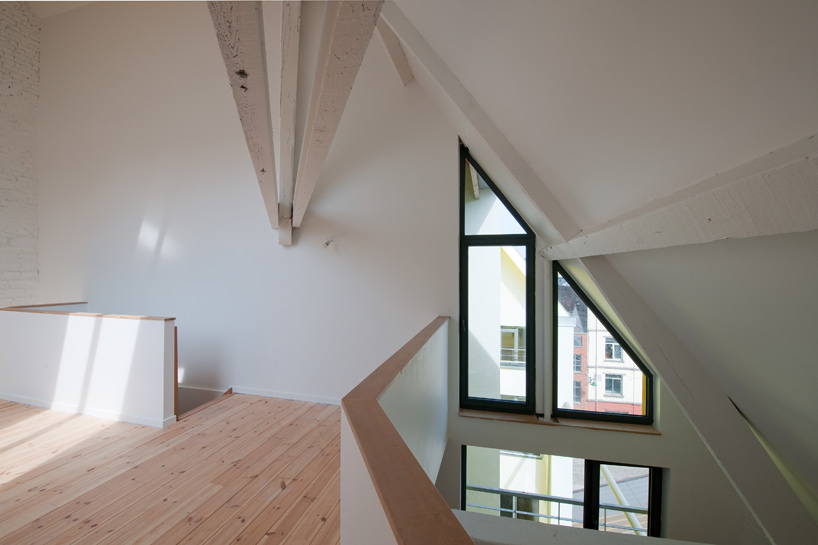 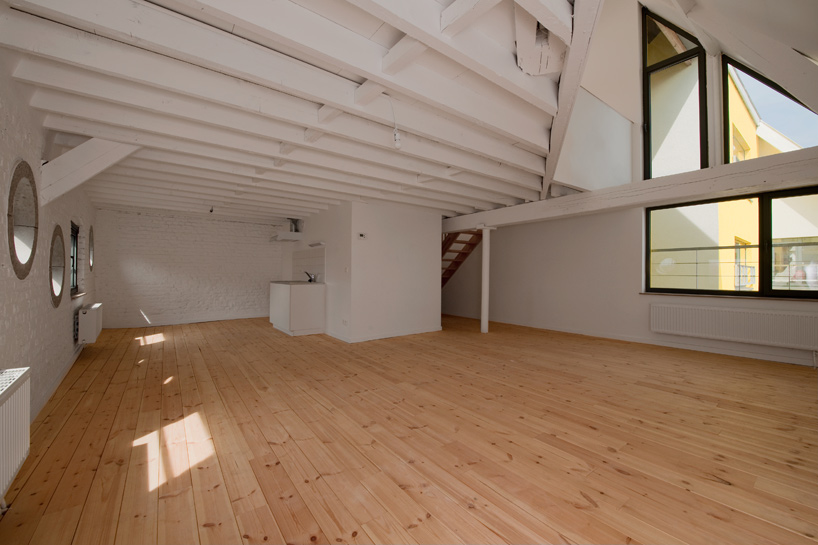 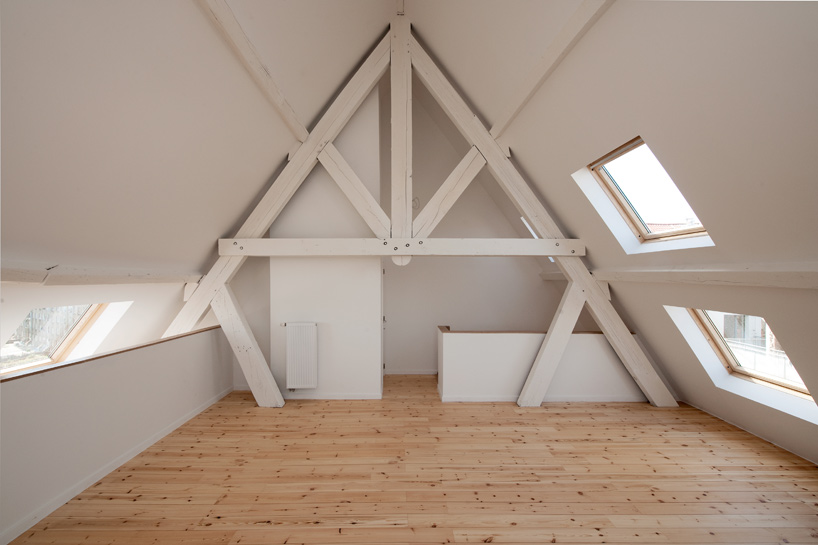 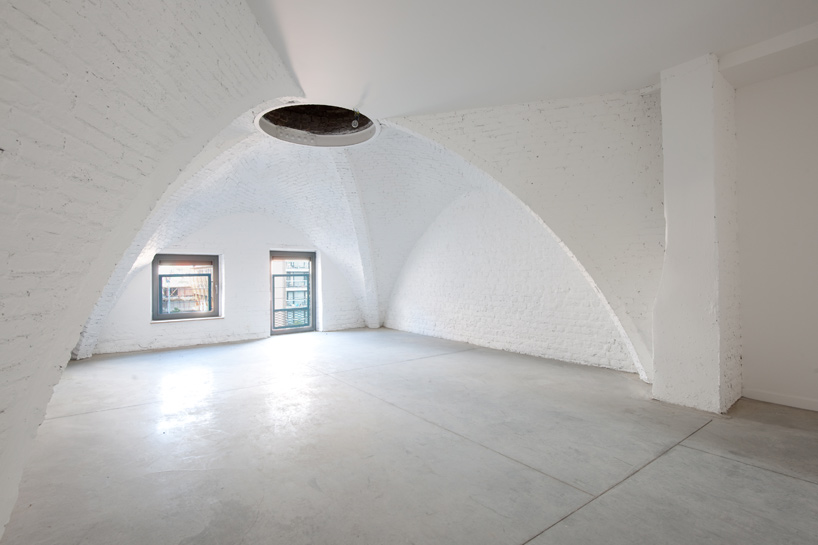 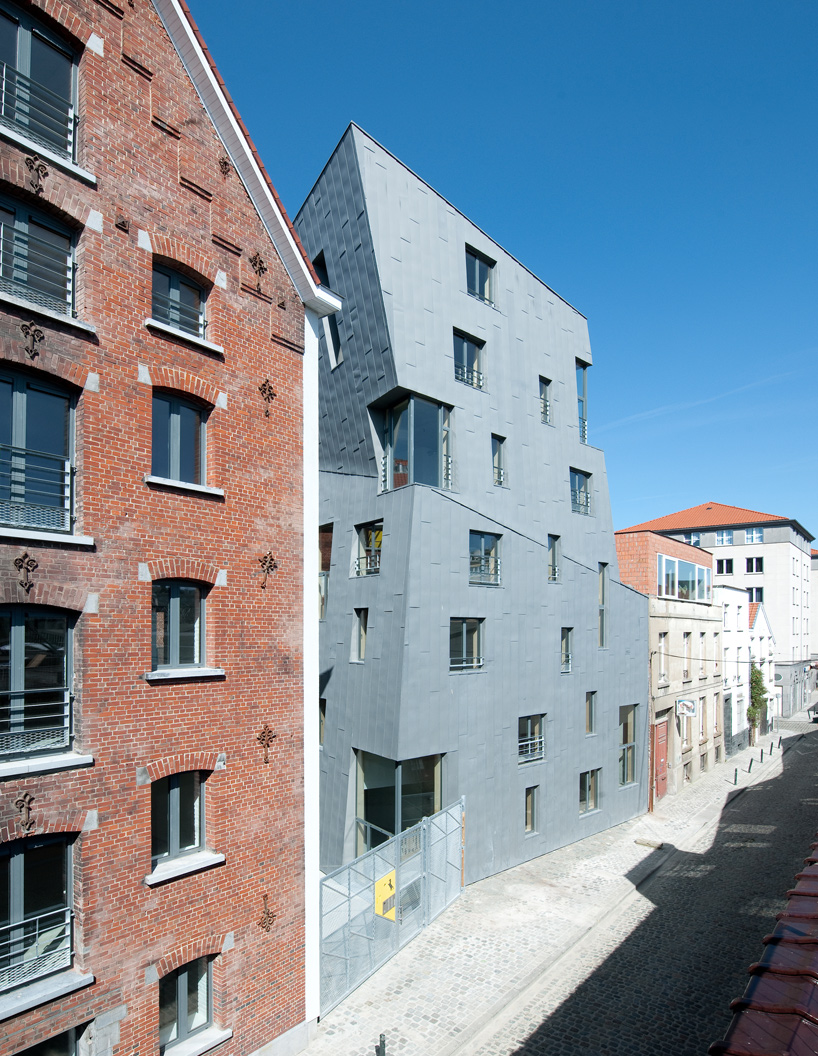 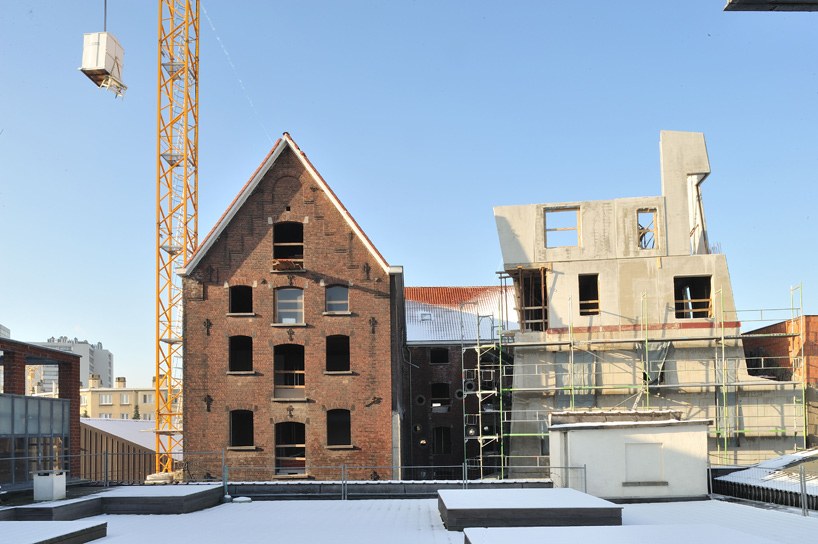 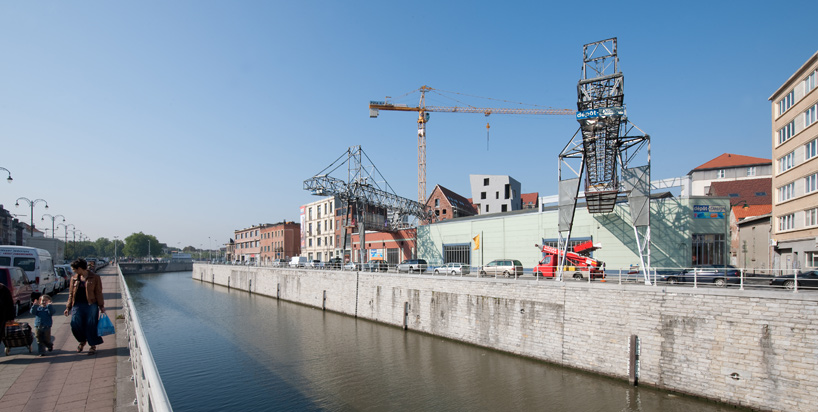