brussels based architects, lhoas + lhoas have designed ‘new duplex for t+l’, a large family home located in an old warehouse in the heart of brussels, belgium.

the abstract layout adopts a trapeze like shape that functions as an open plan. principal rooms on the main floor are divided by small incomplete walls or an open bookshelf, allowing natural light to flood the old industrial shell and the spaces to remain flexible to the family. 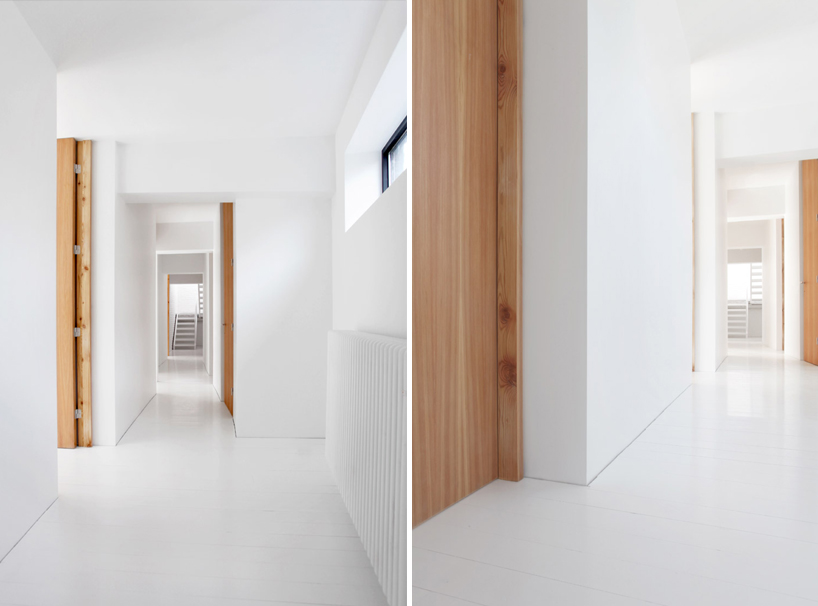 reversed from the traditional hierarchy typical of many homes, the kitchen, living and dining rooms are situated on the second level to take advantage of surrounding views and maximized daylight.

five bedrooms, located on the ground floor branch off of a central hallway through a succession of offset doorways. four secondary bedrooms feature variously protruding walls that react to the peripheral partitions. slightly angled walls and changing elevations create an layered environment that slowly unfolds as the residents move further down the hall. 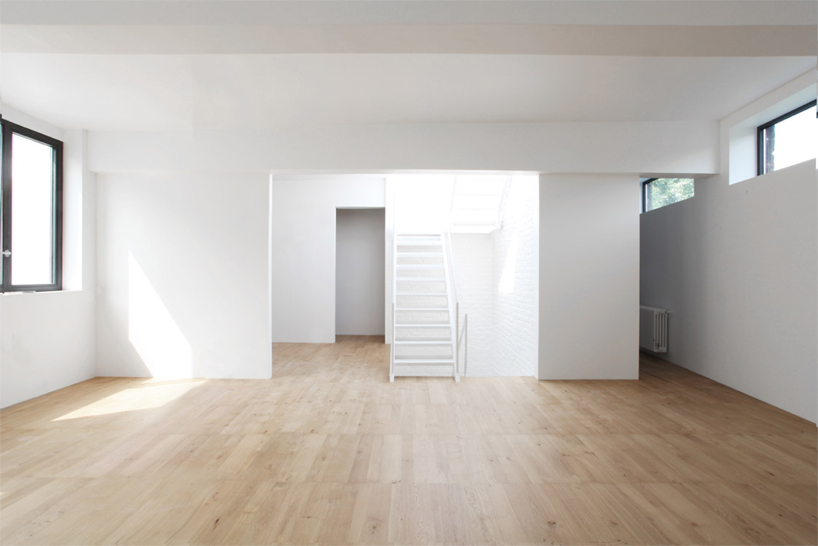 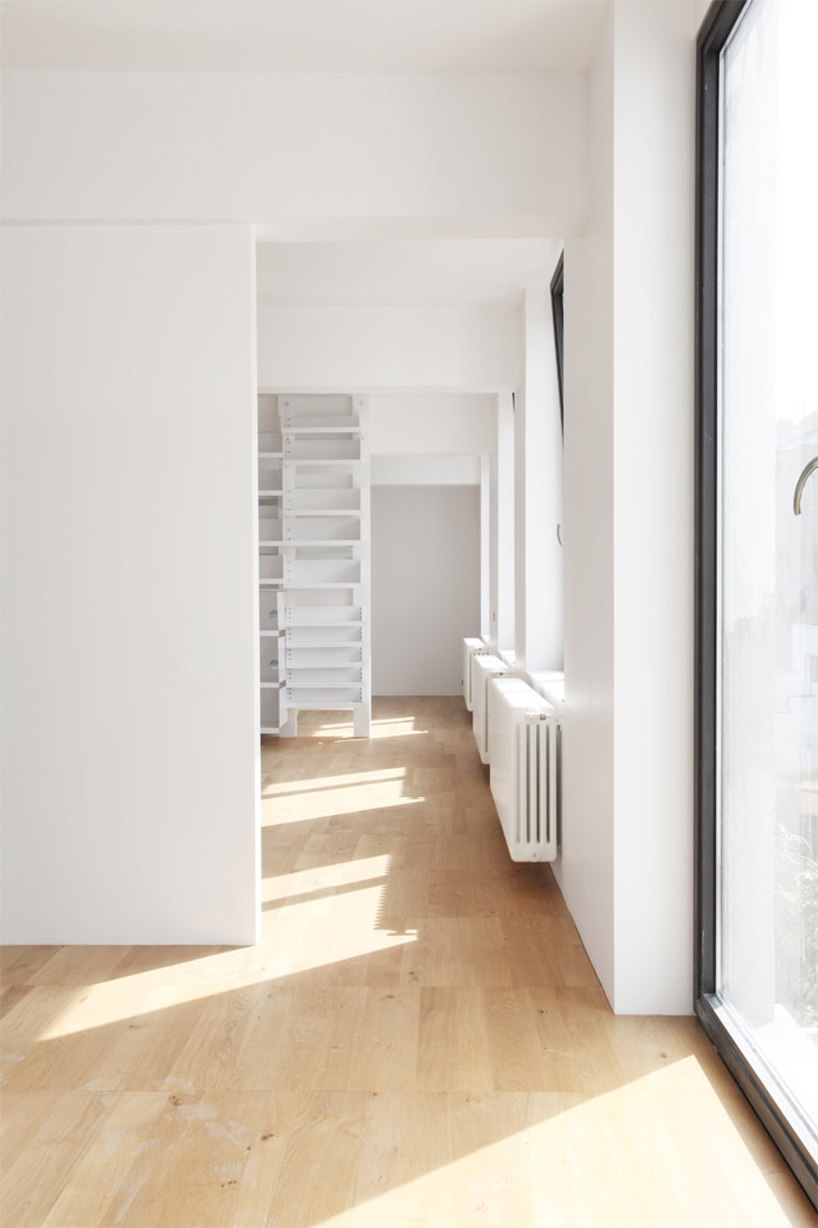 vertical surfaces are treated in white to simplify and unify the open and continuous plan. various wood species used in combination with each other contrast the otherwise stark interior to provide a grounded focus. 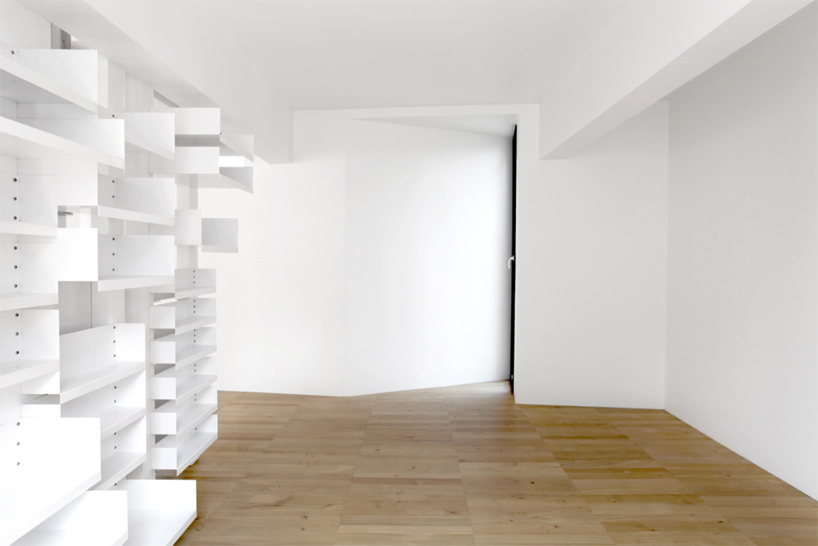 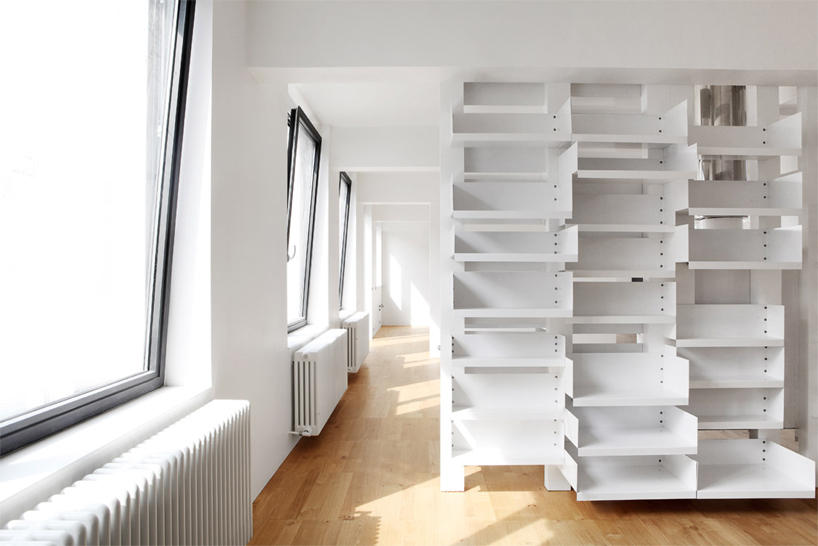 a series of industrial windows line the exterior wall, flooding the interior with natural daylight image courtesy of 354 photographers 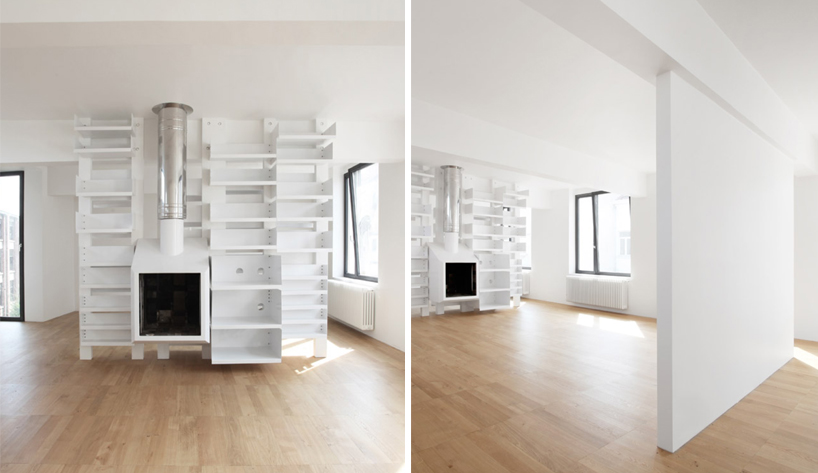 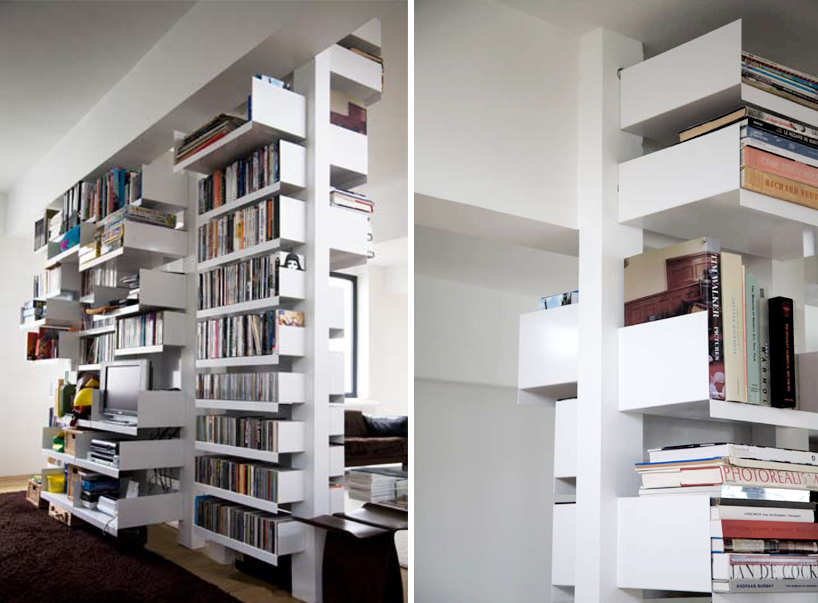 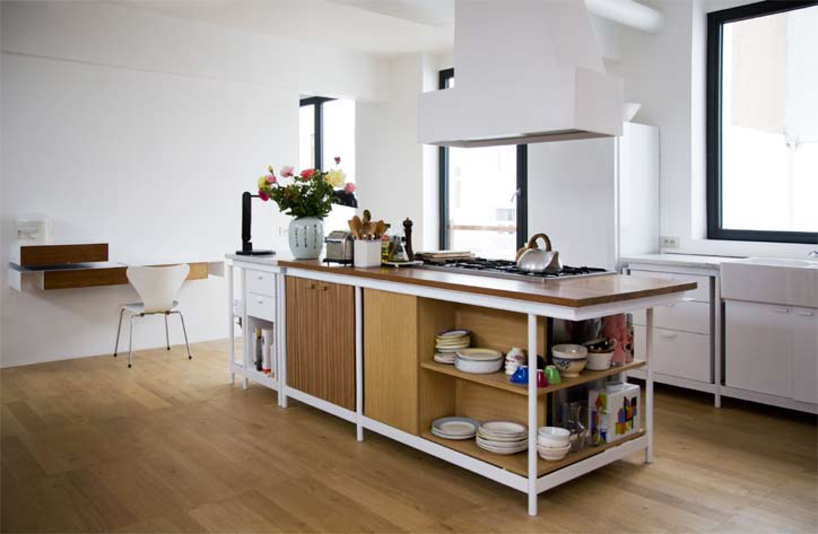 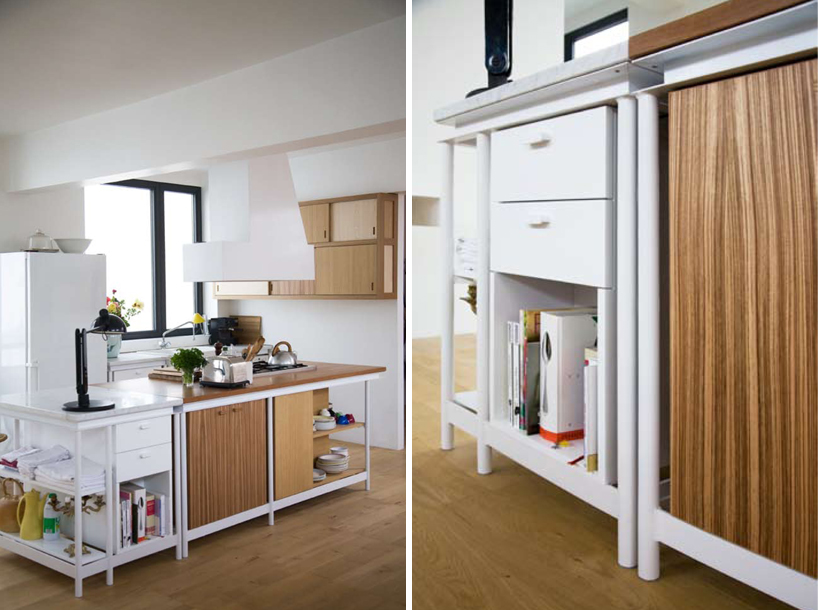 a restored metal staircase original to the building leads directly to the rooftop terrace where it is protected by a large glass dome that filters light down into the dwelling. 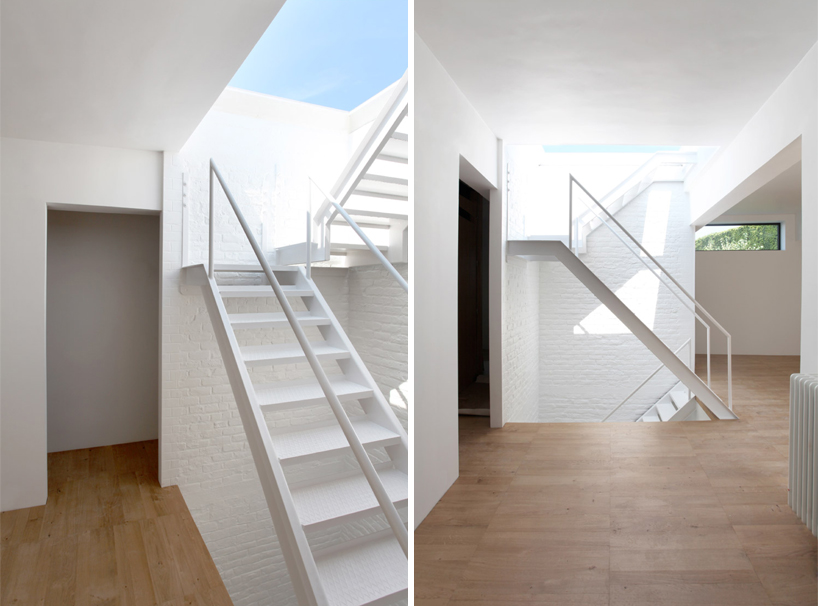 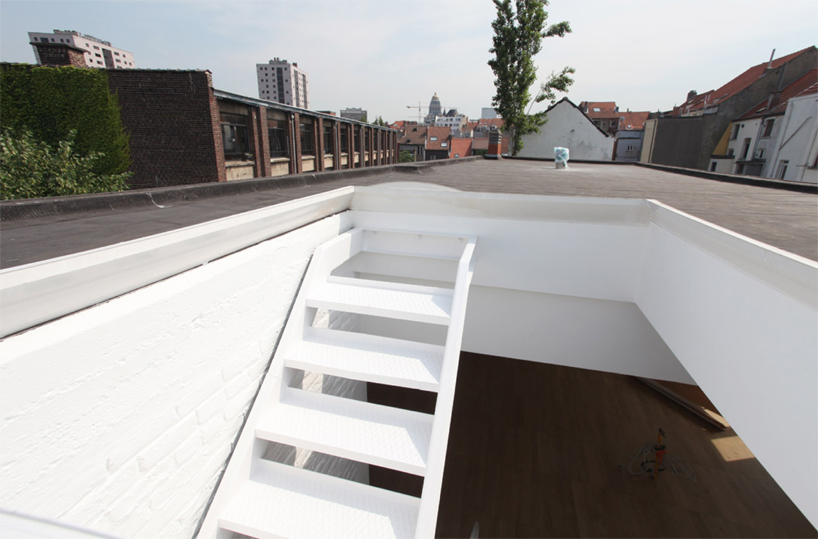 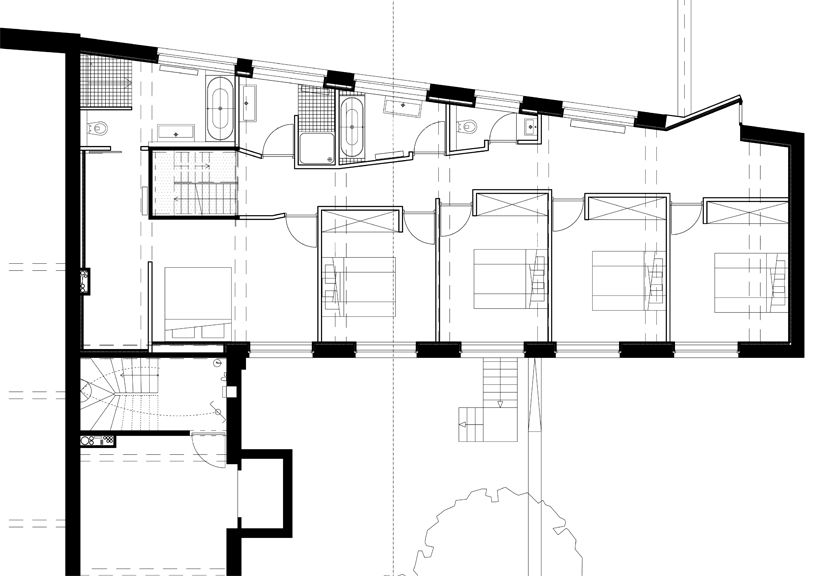 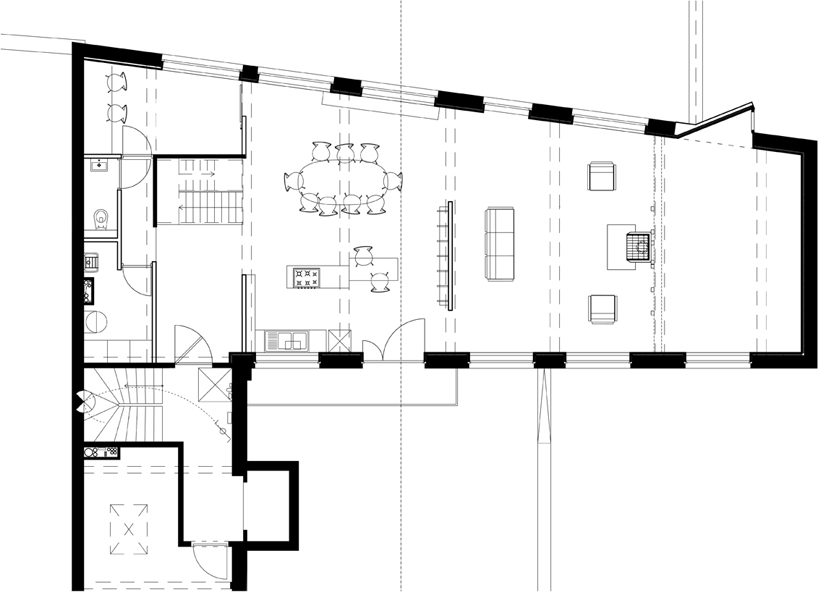 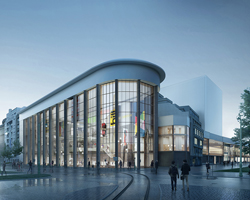 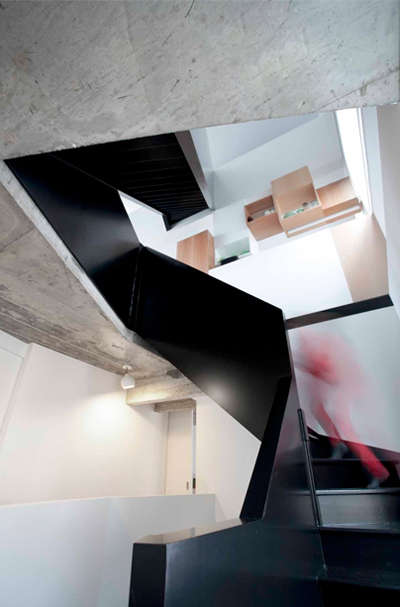