life style workshop has completed the ‘one year project’ — a vacation home located at the foot of mt. bandai, in fukushima, japan. the structure, primarily constructed of harvested wood from the site, was created with the intention of maintaining the natural harmony of its rustic surroundings. after the home’s completion, trees were planted to replace those used in construction. the design maintains the tranquil harmony and peacefulness of the mountain’s surrounding woodlands. 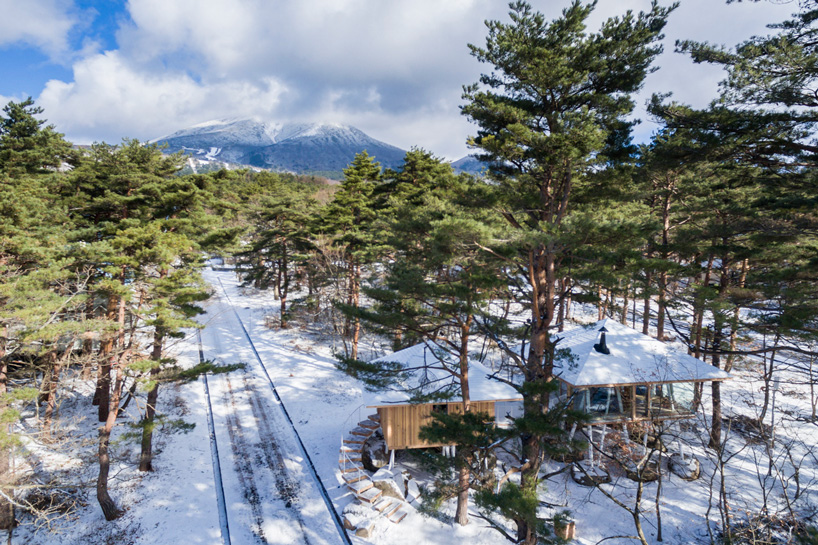 the vacation home is located at the foot of mount bandai in fukushima, japan

the two-part structure is elevated by a stilt-system to protect it from the area’s regular snowfall. an outdoor bridge connects the ‘wet’ and ‘dry’ areas of the home, as only one part of the structure contains the rooms that require plumbing. the other part contains an open living space and bedrooms. even though the construction of the actual building took no longer than four months, the project’s timeline of ‘one year’ began when the trees were first felled in mid-winter. 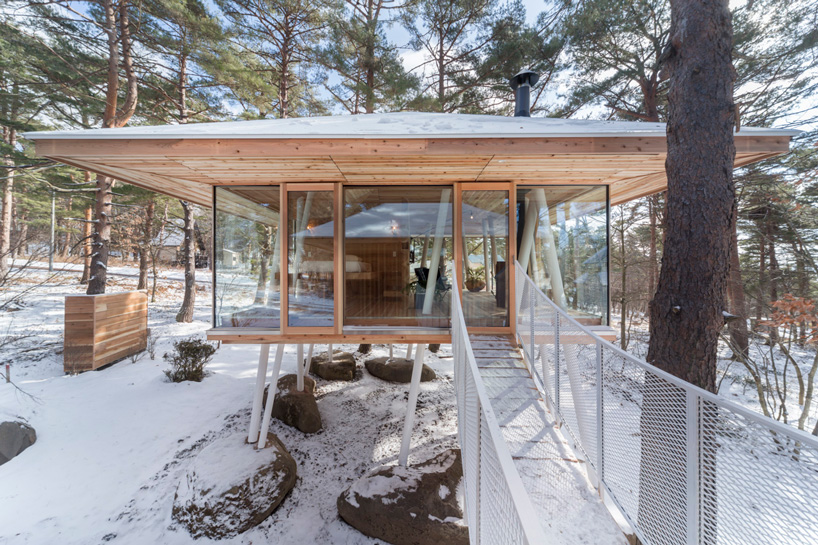 the process of repurposing the natural wood to create this structure was integral to life style workshop’s original design concept. although harvesting nature’s resources is often seen as a disruption to the natural cycle, extensive efforts were made to complete the project with very little wood-waste. what was used, was then replaced; new trees were planted as the final step in the construction process to restore the natural landscape and catalyze the next generation of vegetal growth. 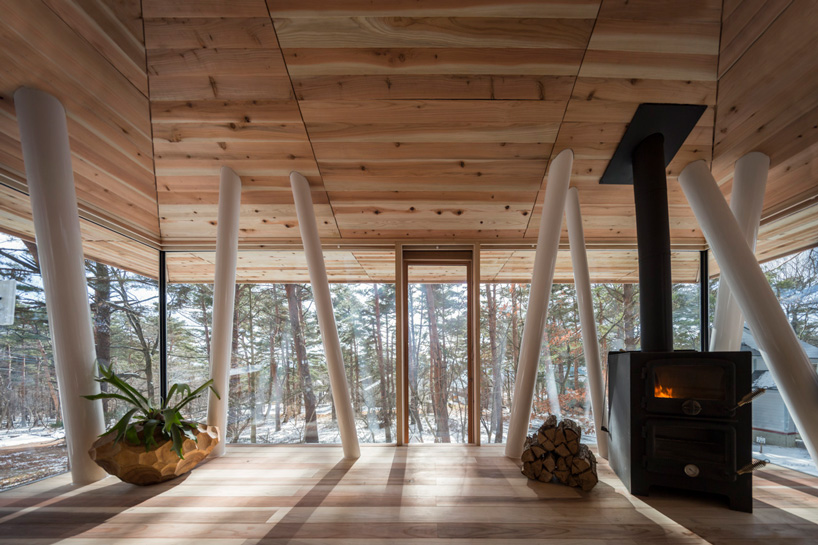 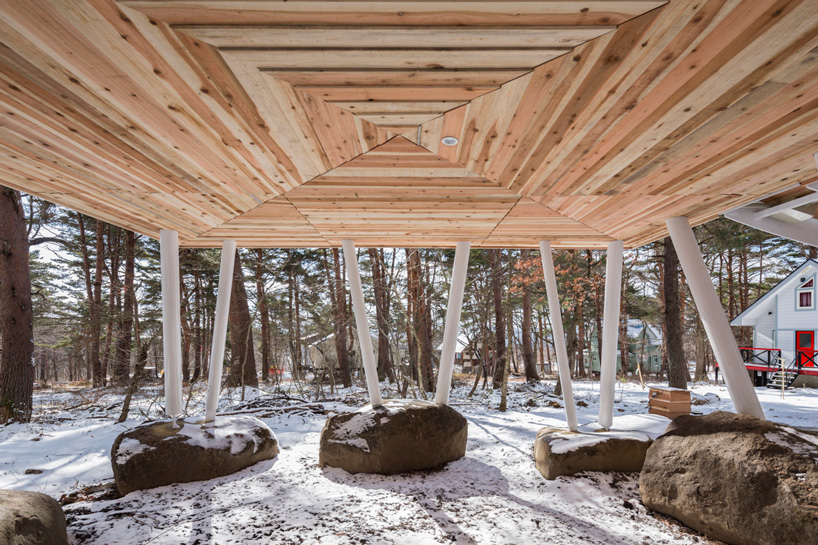 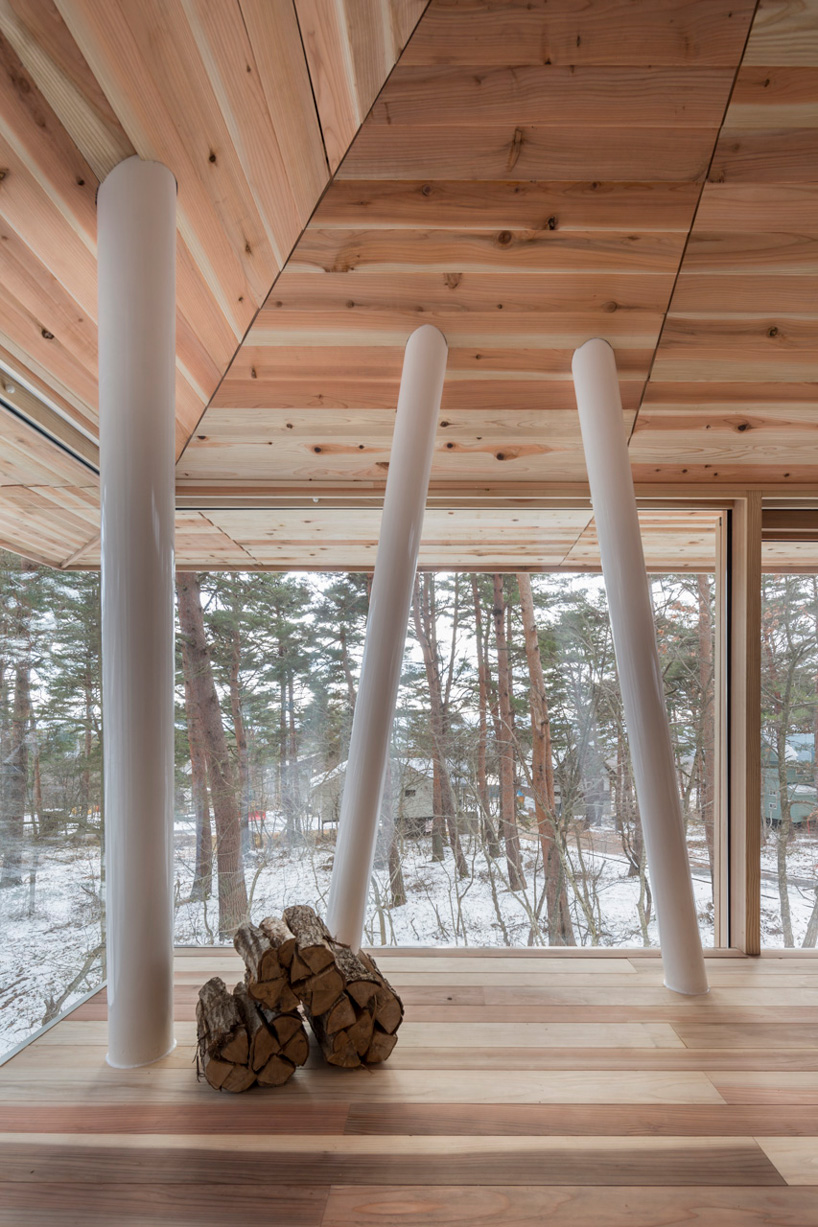 the tilt of the interior columns mimic the surrounding trees 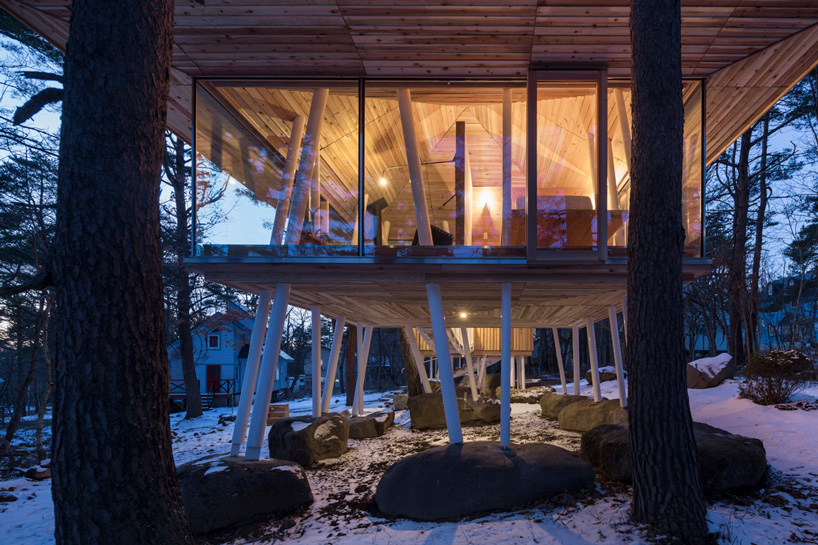 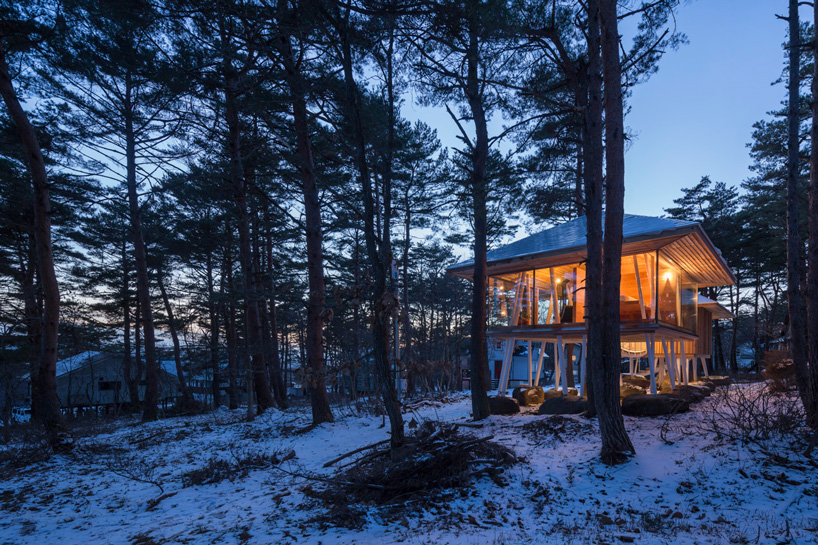 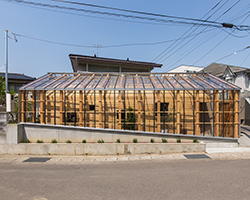 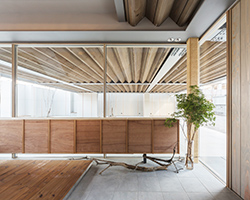 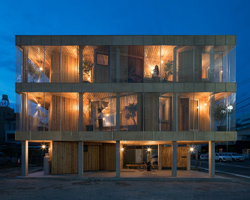 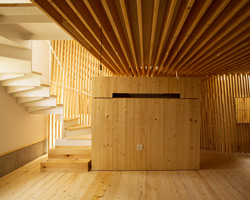 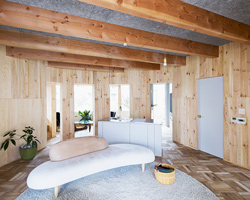