madrid-based lighting design collective have converted a disused oil silo into an art installation and new public space. ‘silo 468’ signifies the start of a major waterfront redevelopment in helsinki, and is intended to create a landmark for the district, visible from several kilometers away. 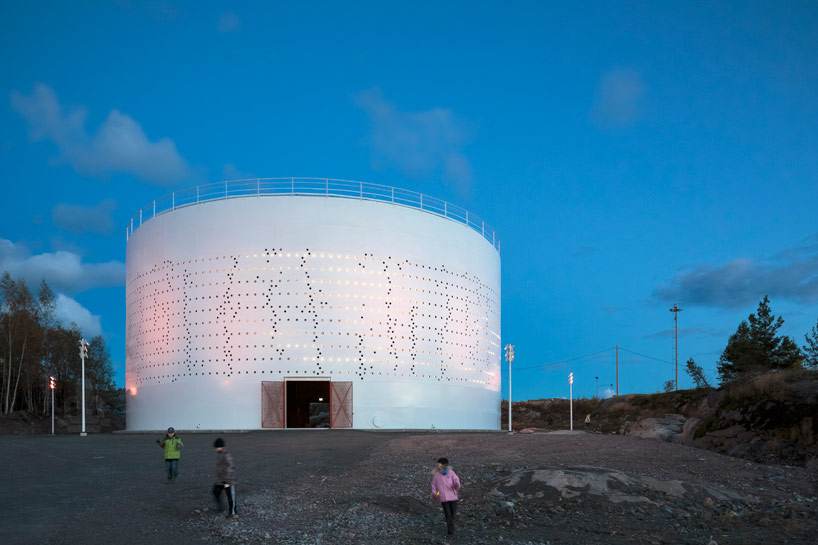 lighting design collective have made use of both natural and artificial light in developing the scheme which forms an important civic destination. through the implementation of a bespoke software system, 1280 LED domes are able to react to the environmental conditions, changing in relation to the wind speed and direction, temperature and weather. the occurring patterns are designed to be fluid, natural and unique, and the result is a constantly evolving glowing mural. 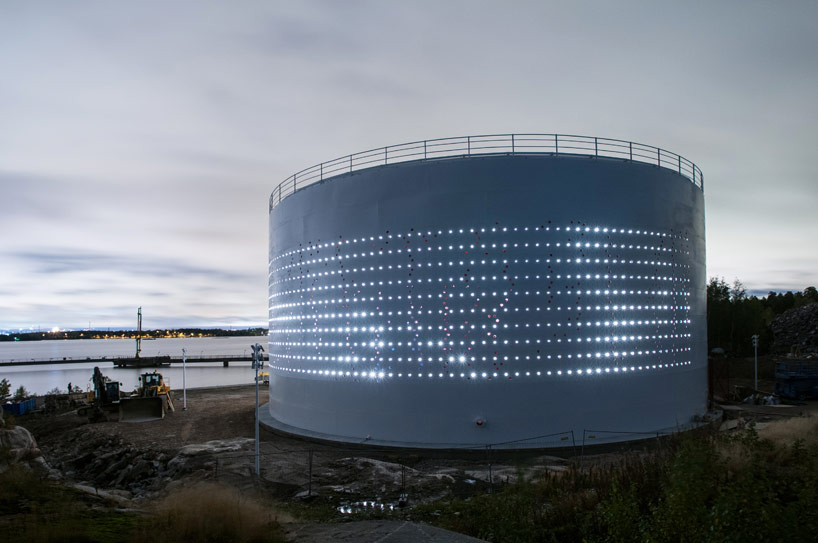 the light patterns are designed to be fluid, natural and unique
photo by hannu iso-oja

at midnight the exterior of the structure turns red for one hour, which is intended to reflect the structure’s former use as a container of energy. later, at 2:30AM, the lights turn off completely as the last ferry departs from helsinki to suomenlinna. 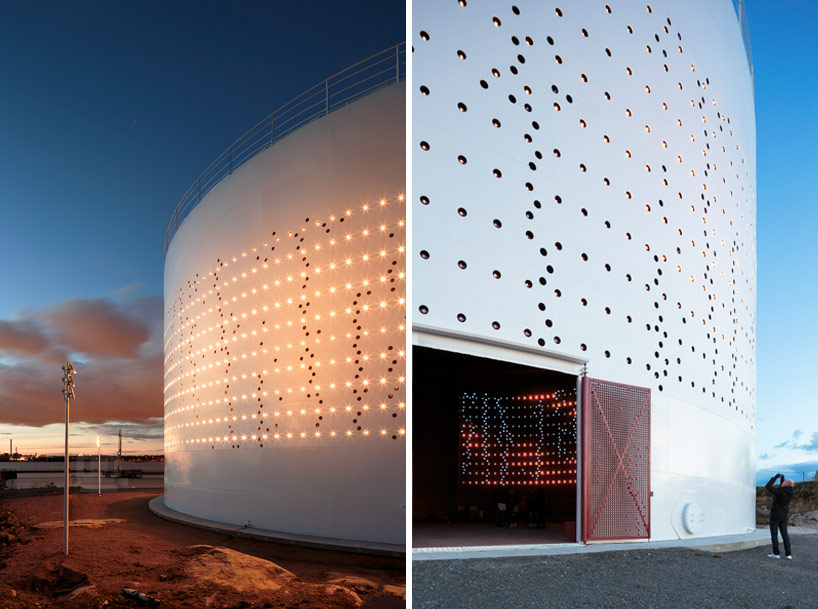 the interior of the building is painted a deep red, as daylight seeps in through the perforated walls. 450 steel mirrors placed behind the holes reflect sunlight, allowing the project to sparkle mirroring the surface of the adjacent water. 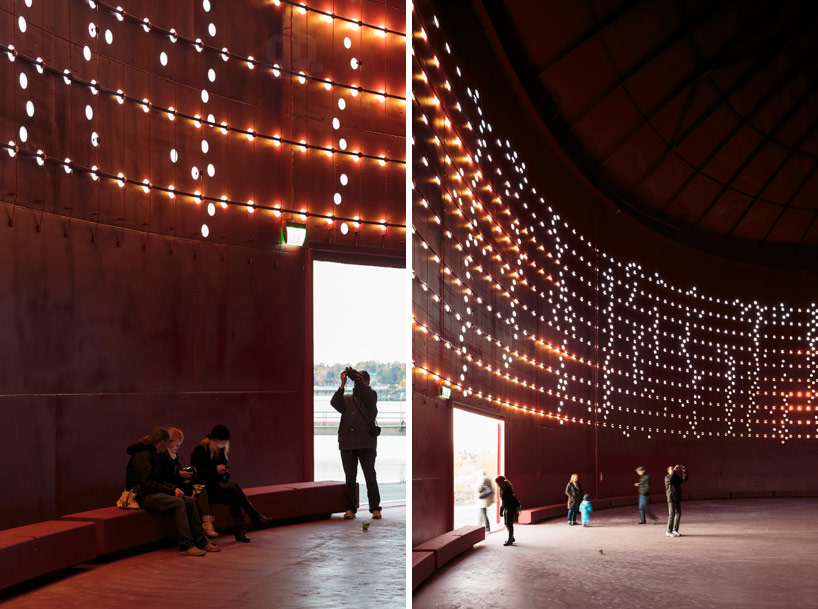 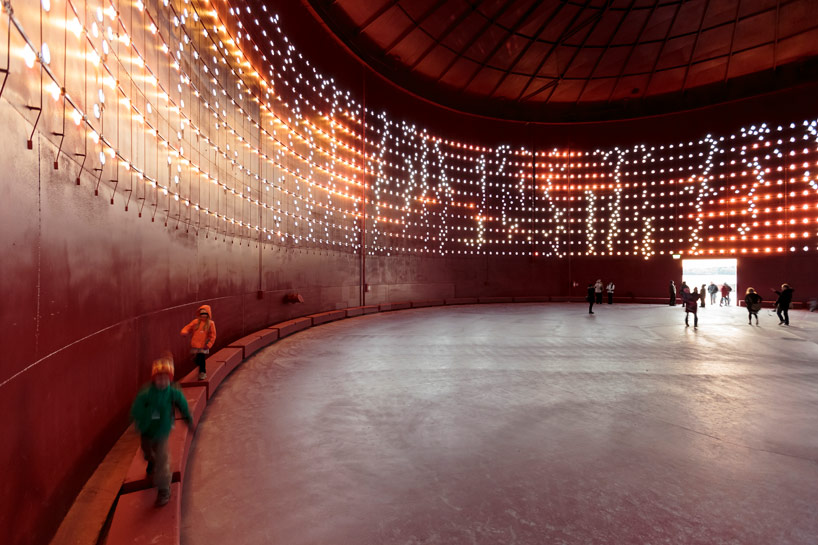 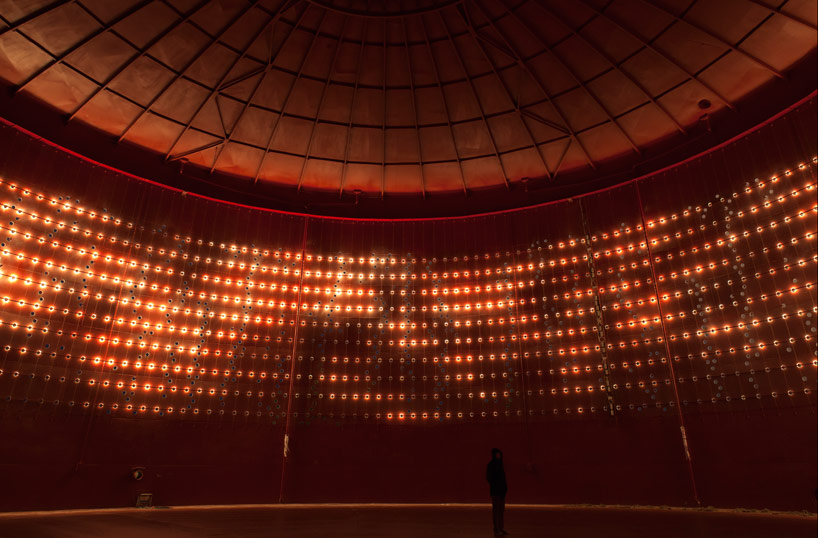 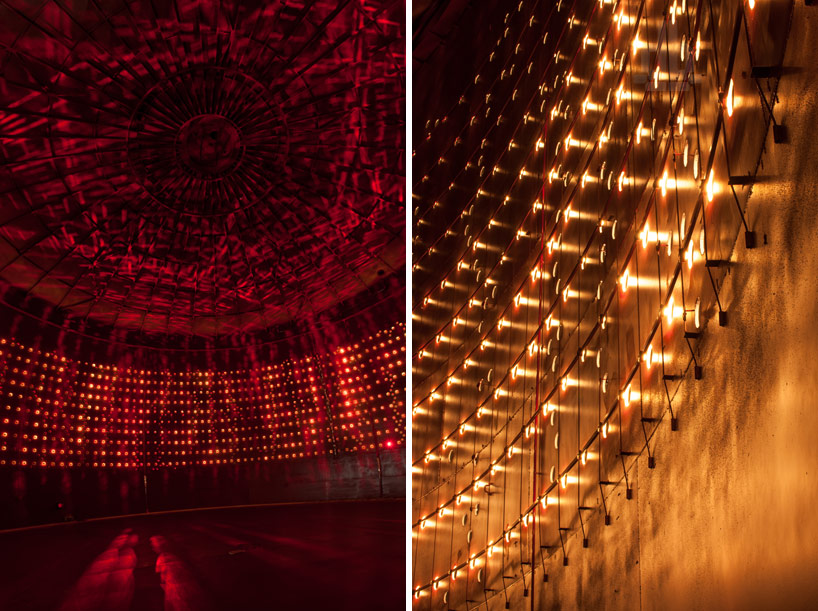 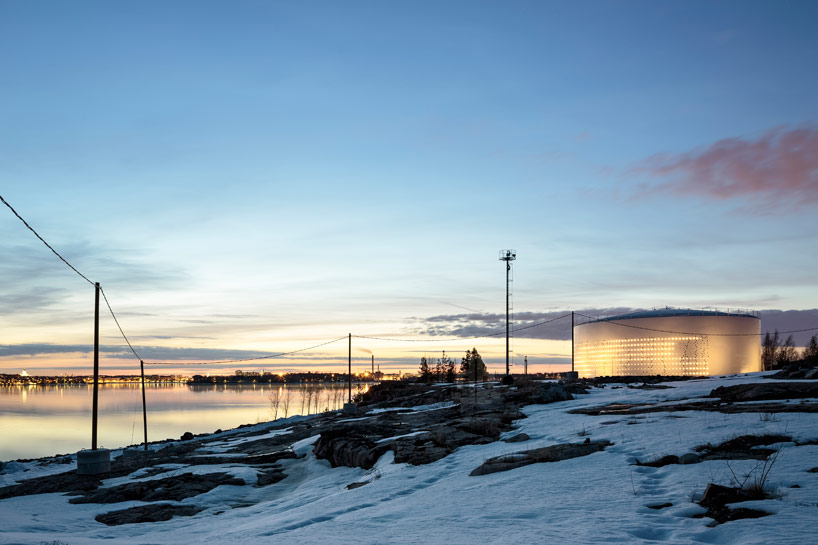 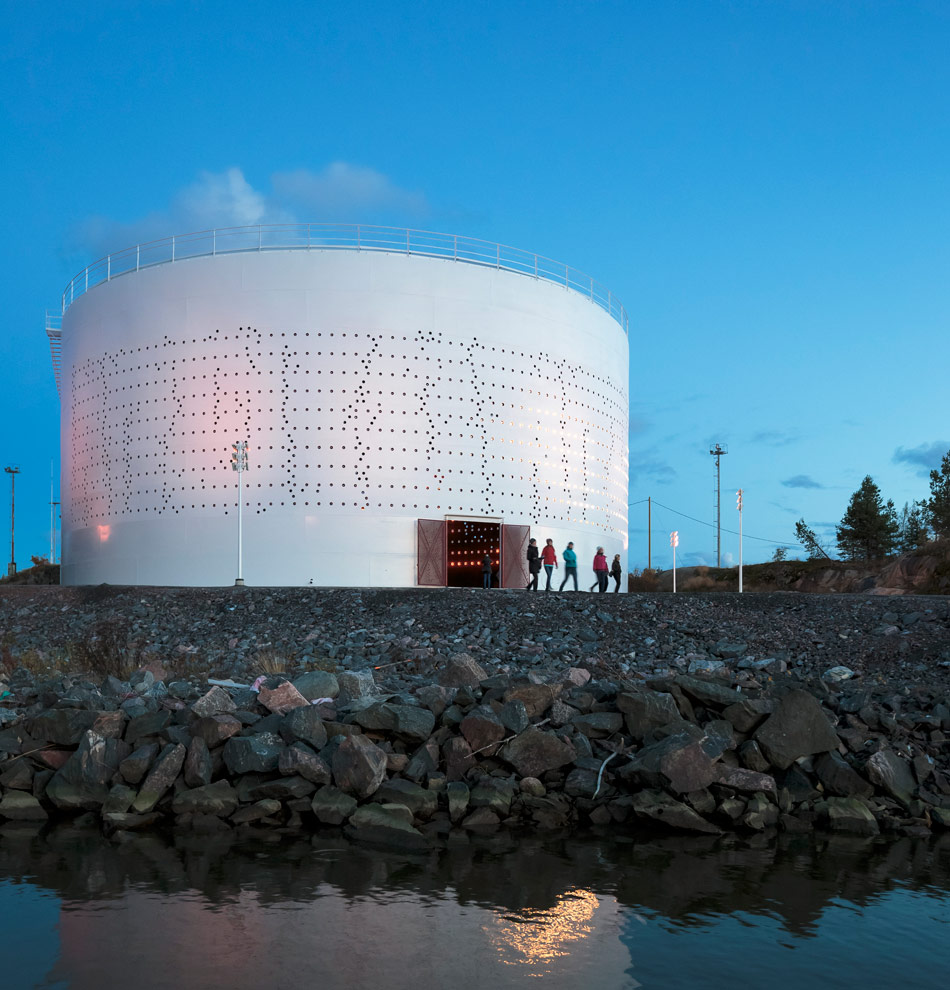 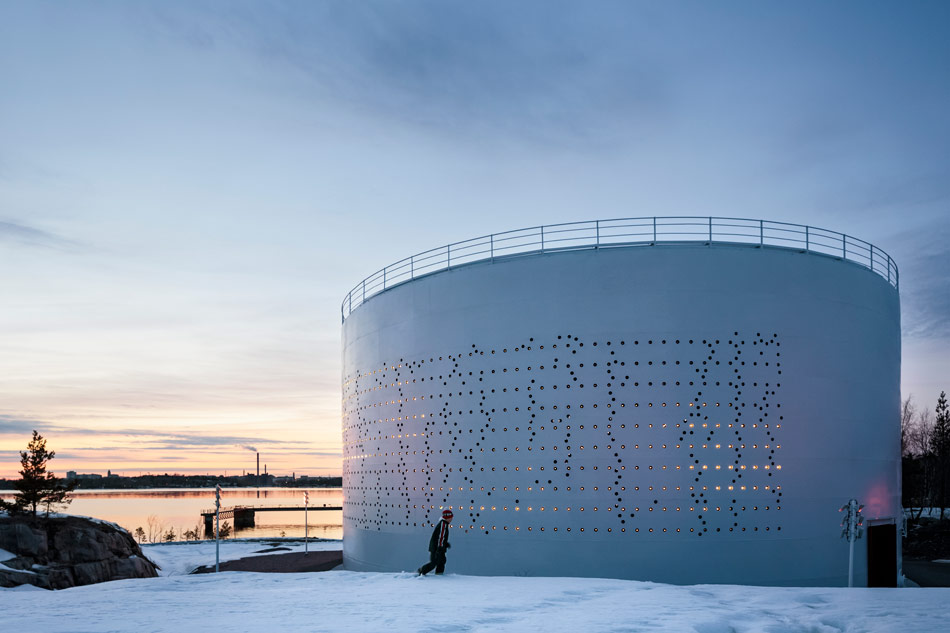 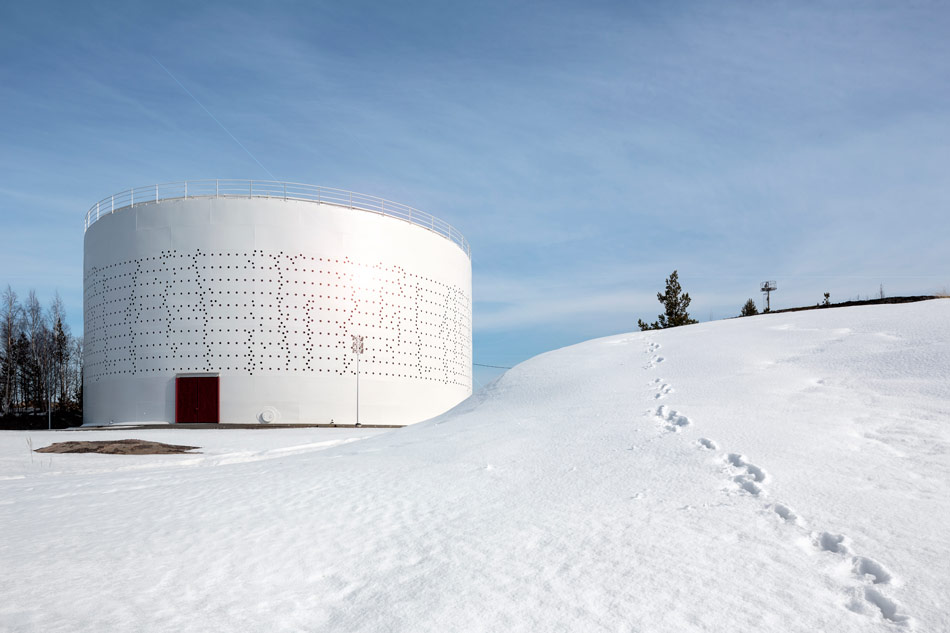 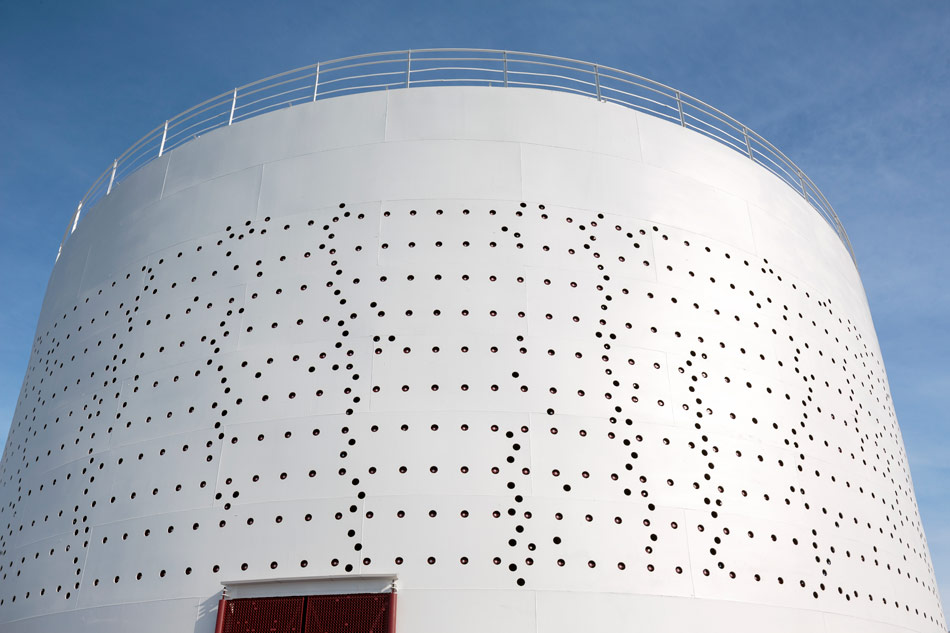 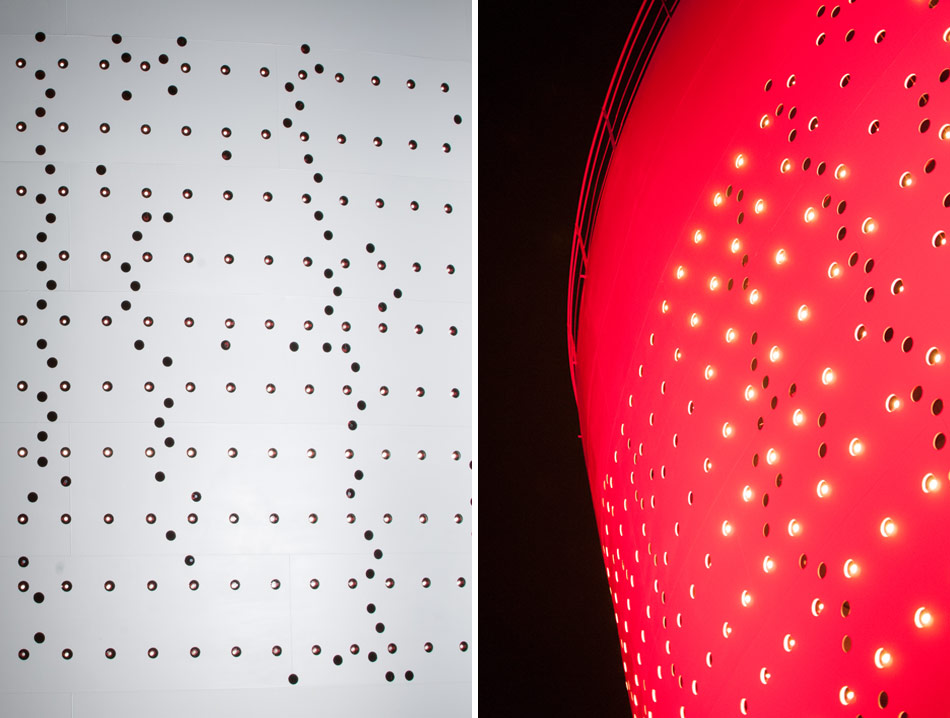 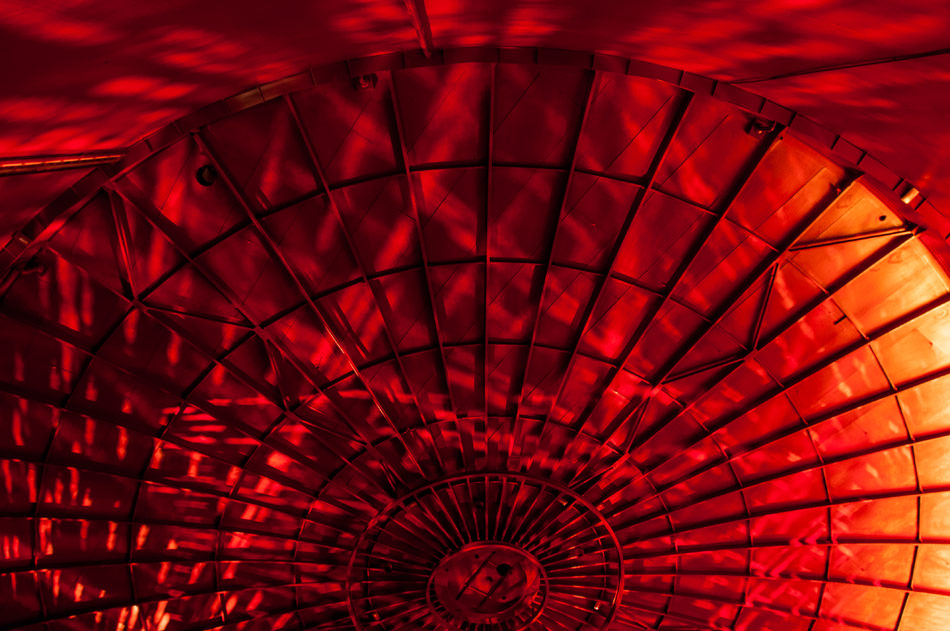 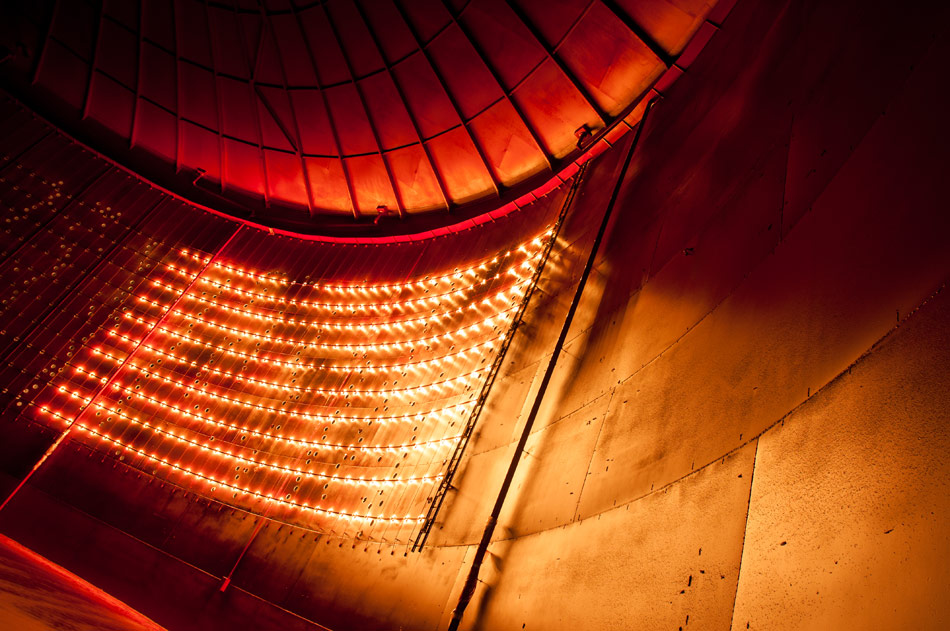 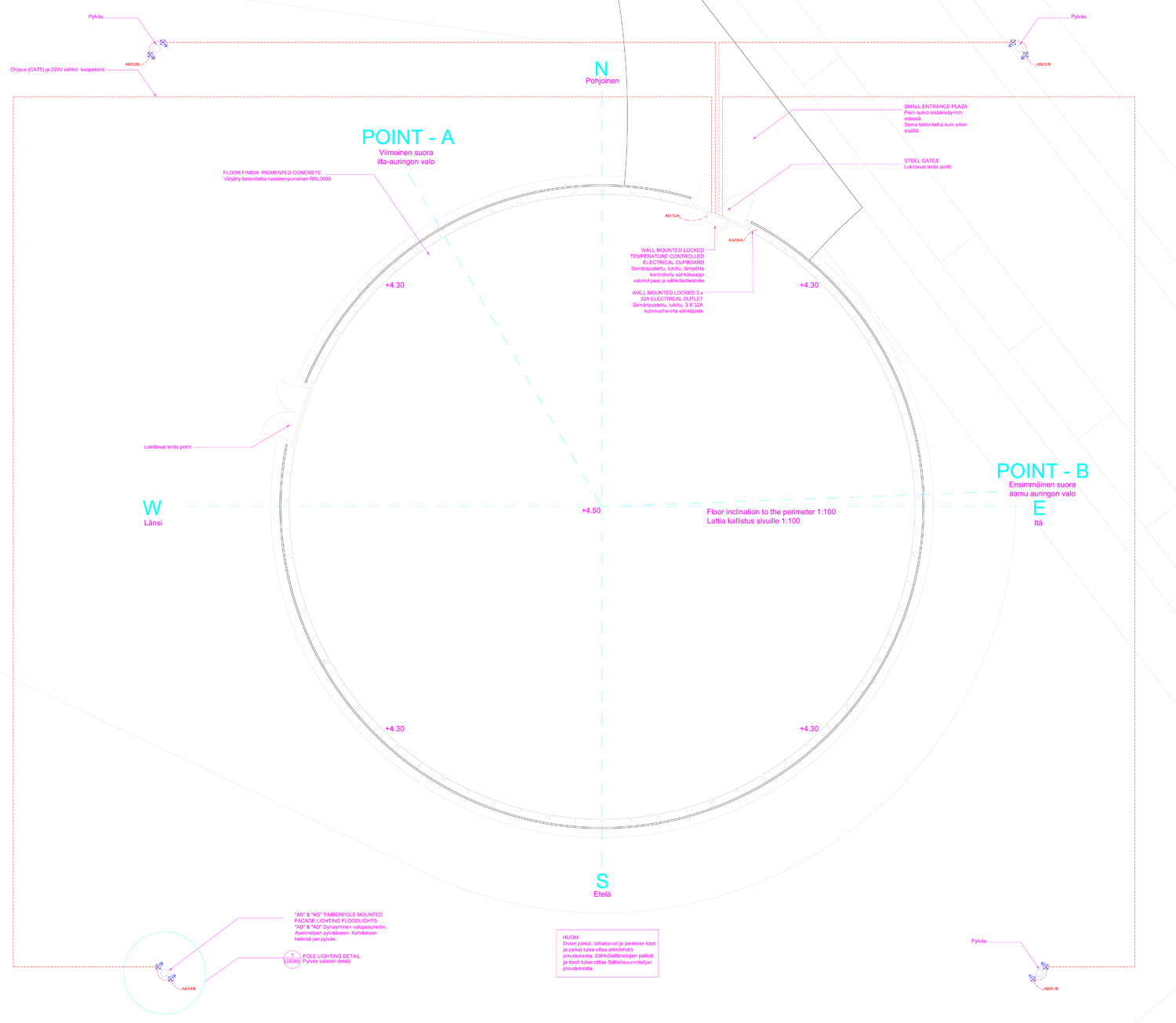 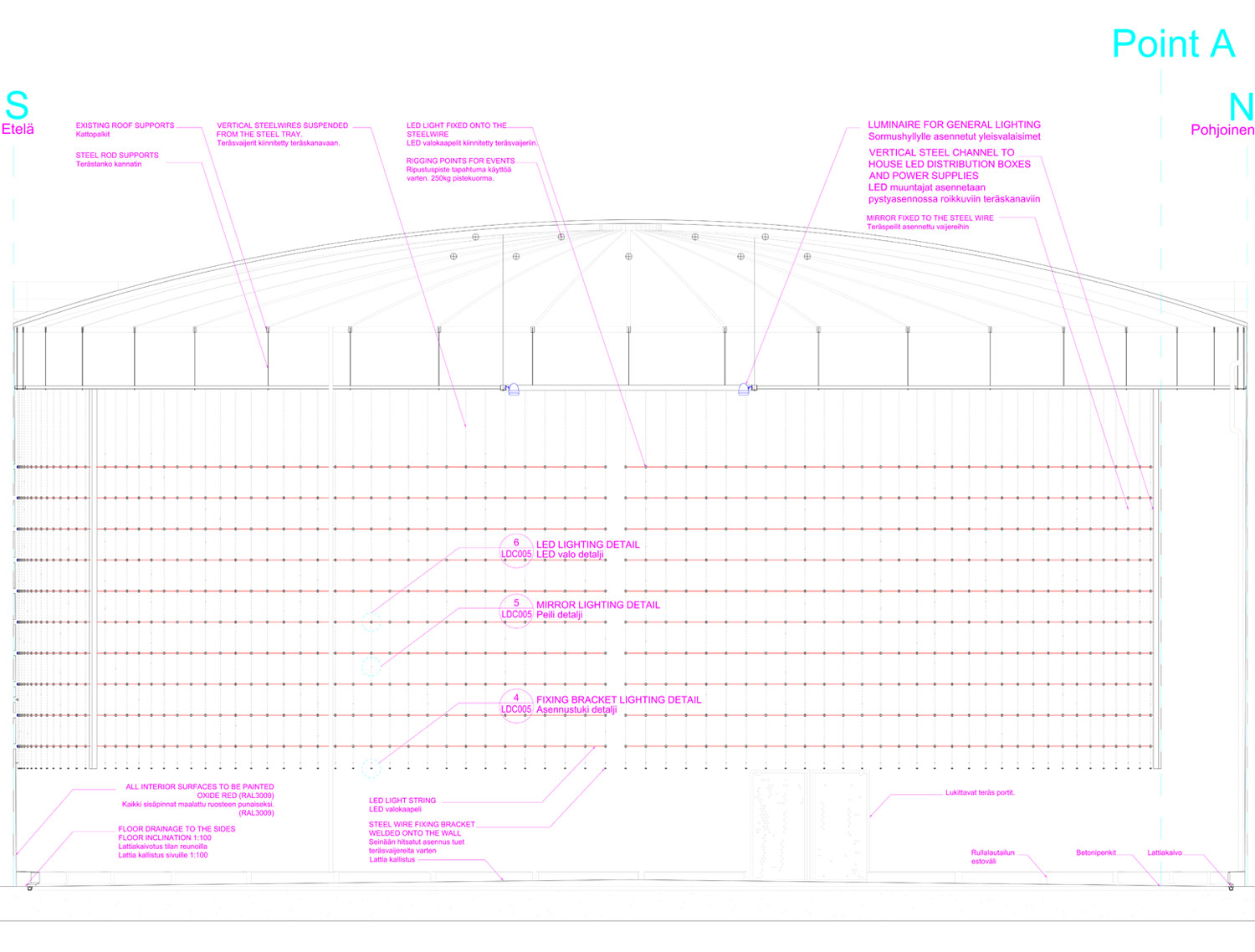 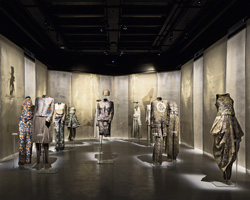 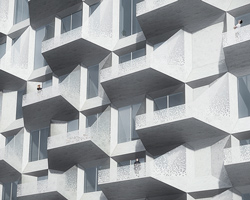 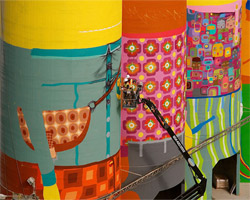 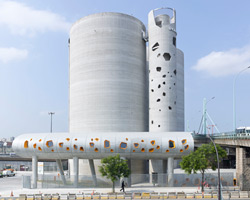 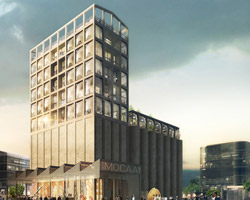