the tapering skyscraper by chinese architect liu xisang is located in the rapidly developing shaoxing city in the zhejiang province in china. reminiscent of ancient glasses of wine called jiu zun, the 137 meter tower seeks to be a symbol for the area. it is part of the modern business center master plan designed by SOM, which formed the town of didang. divided into 4 horizontal layers, the building’s first 18 floors slope inwards with the upper volume angled to tapering out. the folding elements of the structure progressively become smaller as it ascends towards the sky, emphasizing its sense of verticality. 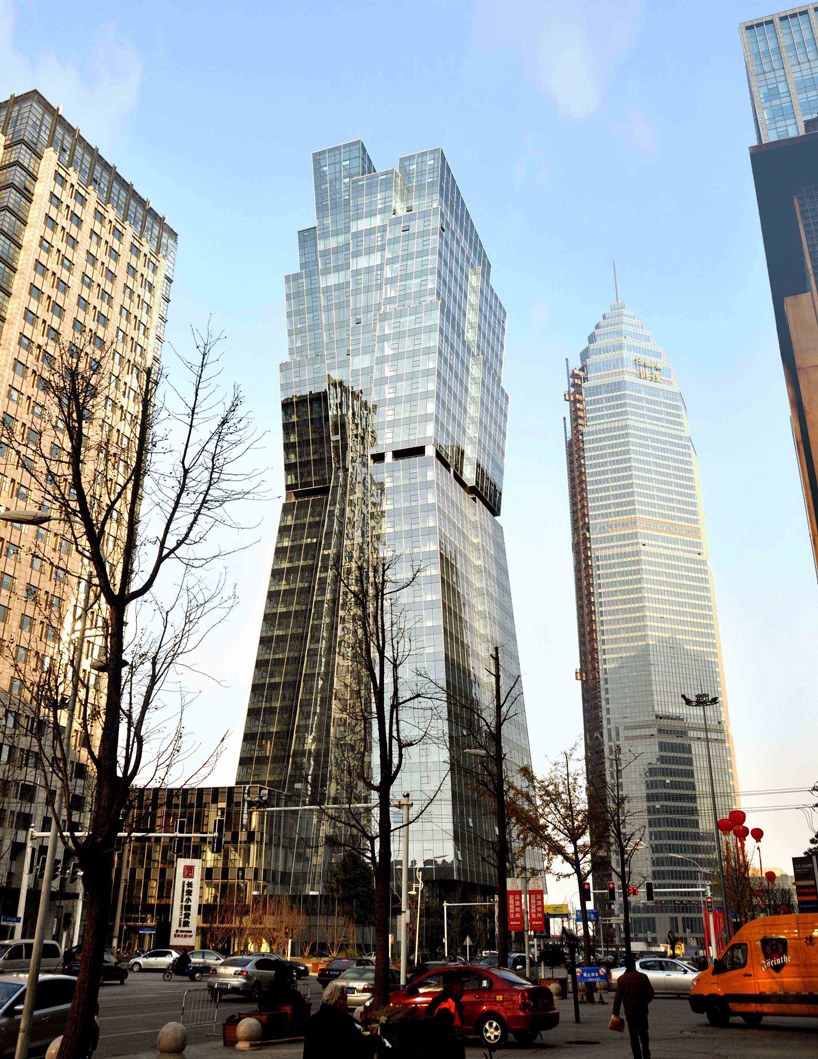 the mixed-use tower contains commercial spaces on the first floor with government offices and private companies stacked on the levels above. there are two entrances to separate these different functions – one on the south for businesses and one on the north for government officials with columns and large canopies, emphasizing this distinction. 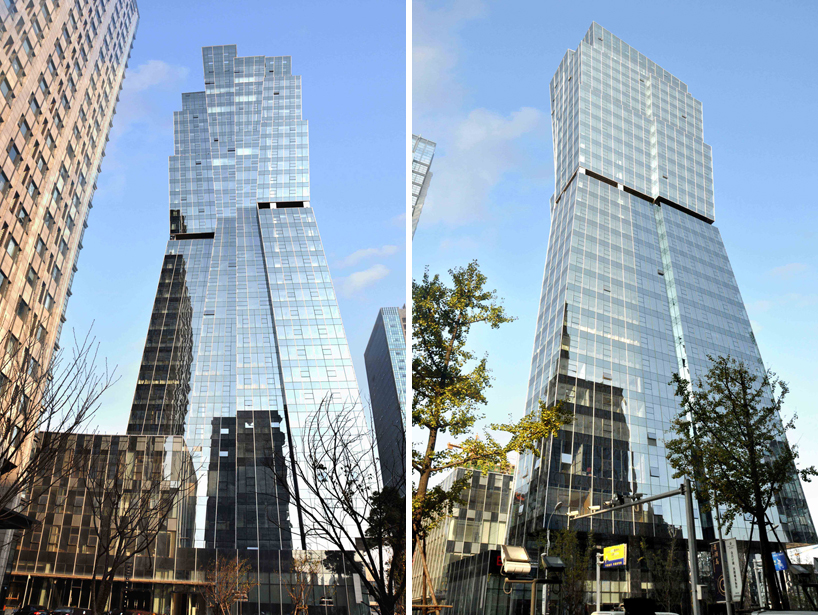 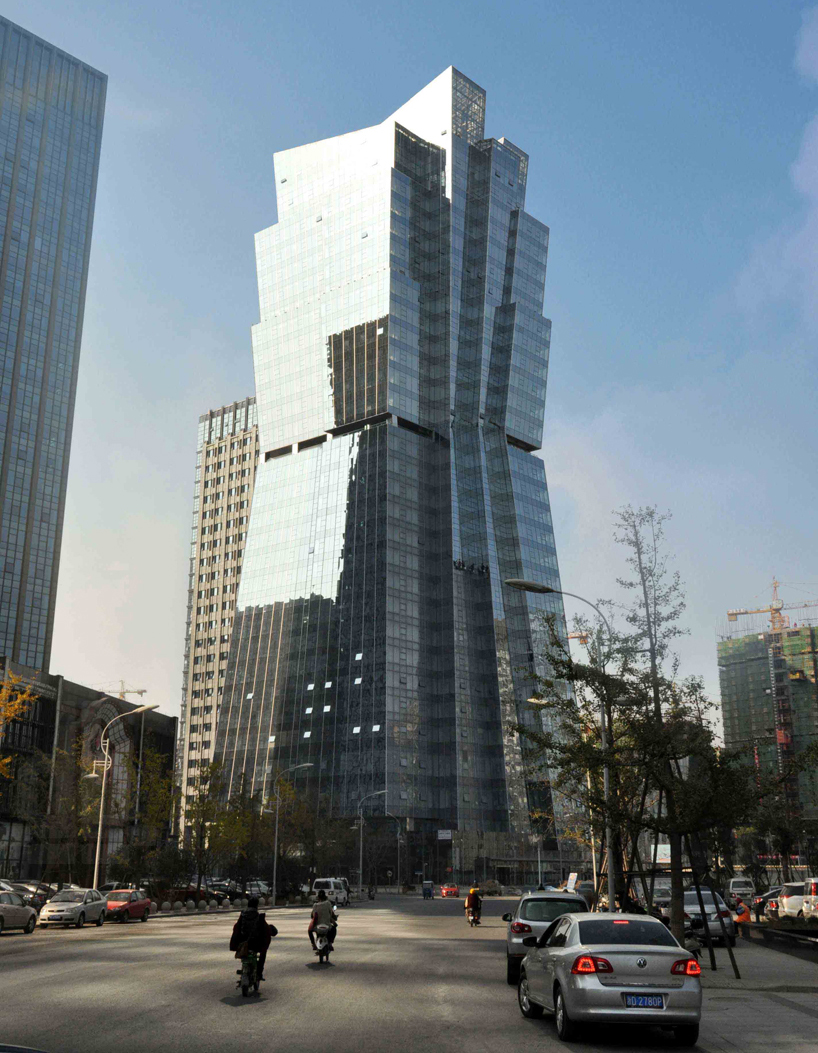 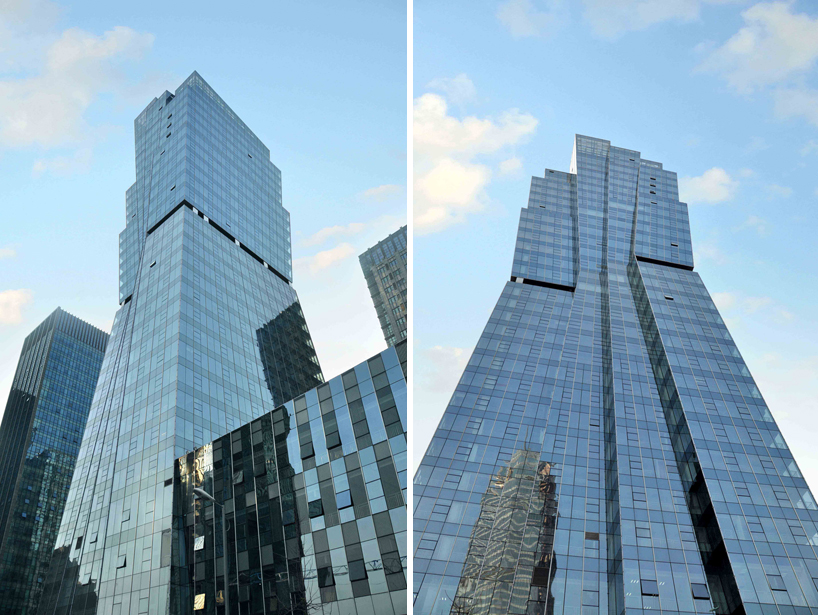 the angled layers enhance the tower’s sense of verticality 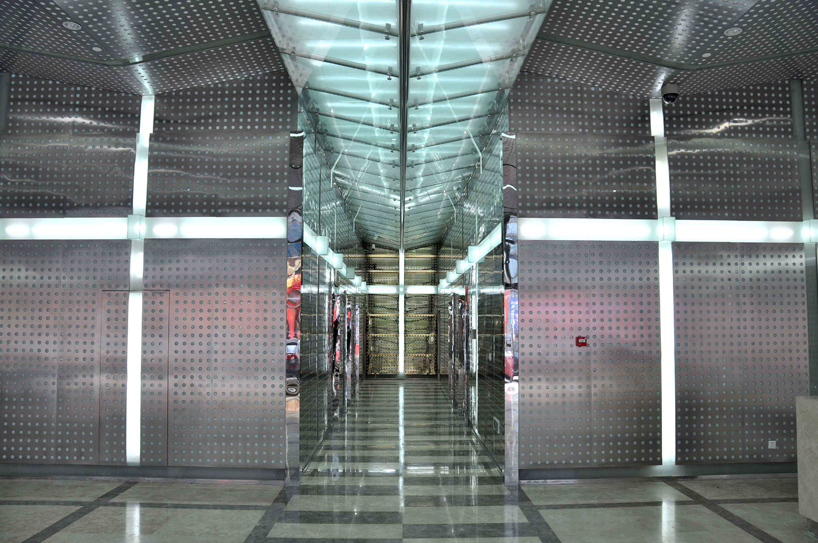 detail of the office lobby

interior view of the lobby